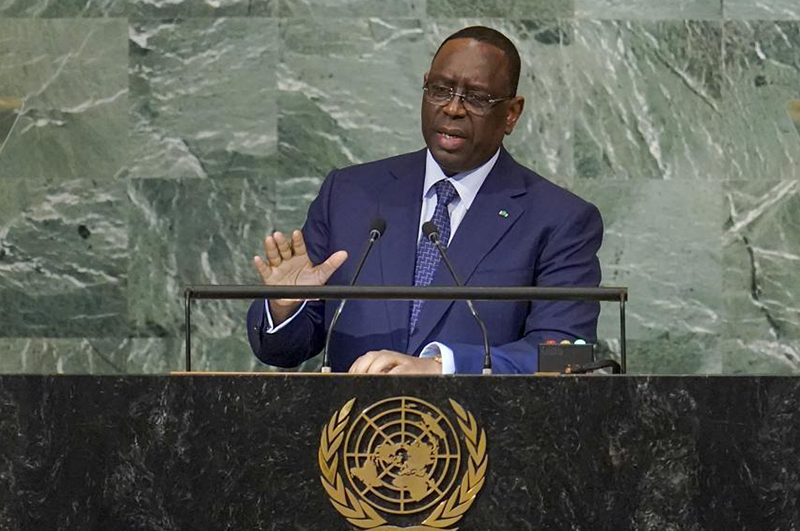 The 77th UN’s summit was held from September 20 to September 25, 2022, in New York City.  The big annual rendezvous was an opportunity for the world leaders to take a look at what is going on a tumultuous world and gave some “remedies” for world peace. As an example, the war in Ukraine has created an unprecedented division between great powers since the end of the cold war. And the terrorism in Africa becomes a difficult plague to deal with.  West African leaders has indeed pleaded for help to fight against terrorism in the continent.

“Terrorism, which is giving ground in the continent is not only African matter. It is a global threat that falls under the primary responsibility of the council which is the guarantor of the collective security mechanism under the charter of our organization” has reminded Macky Sall, President of Senegal and African Union’s current president.

Therefore, he urges the council to engage more with African countries in the fight against terrorism with more appropriate mandates and more substantial resources.

For his counterpart President of Guinea Bissau, Úmaro Sissoco Embaló and current president of ECOWAS, “The stability of a great part of our continent in general and west Africa in particular is threatened by insecurity caused by terrorism, violence, extremism and transnational crimes which violate the principles of rules of love and democracy.” He added: “The solution to many of our problems resides in the joined reflection, global solidarity, and the pursuing of considered and collective action”. He has also pointed out that West Africa region is facing great security challenges and needs peace to ensure the development and well-being of our people.

President Macky Sall on behalf of African Union calls for the lifting of foreign sanctions against Zimbabwe. Sanctions that he qualified of “injustice against an entire people and which aggravate their sufferings on this time of deep crisis”. For the situation in the middle east, he reiterated the right of Palestinian people to a viable state, living side by side in peace with the state of Israel.  He also called for a de-escalation and cessation of hostilities in Ukraine.