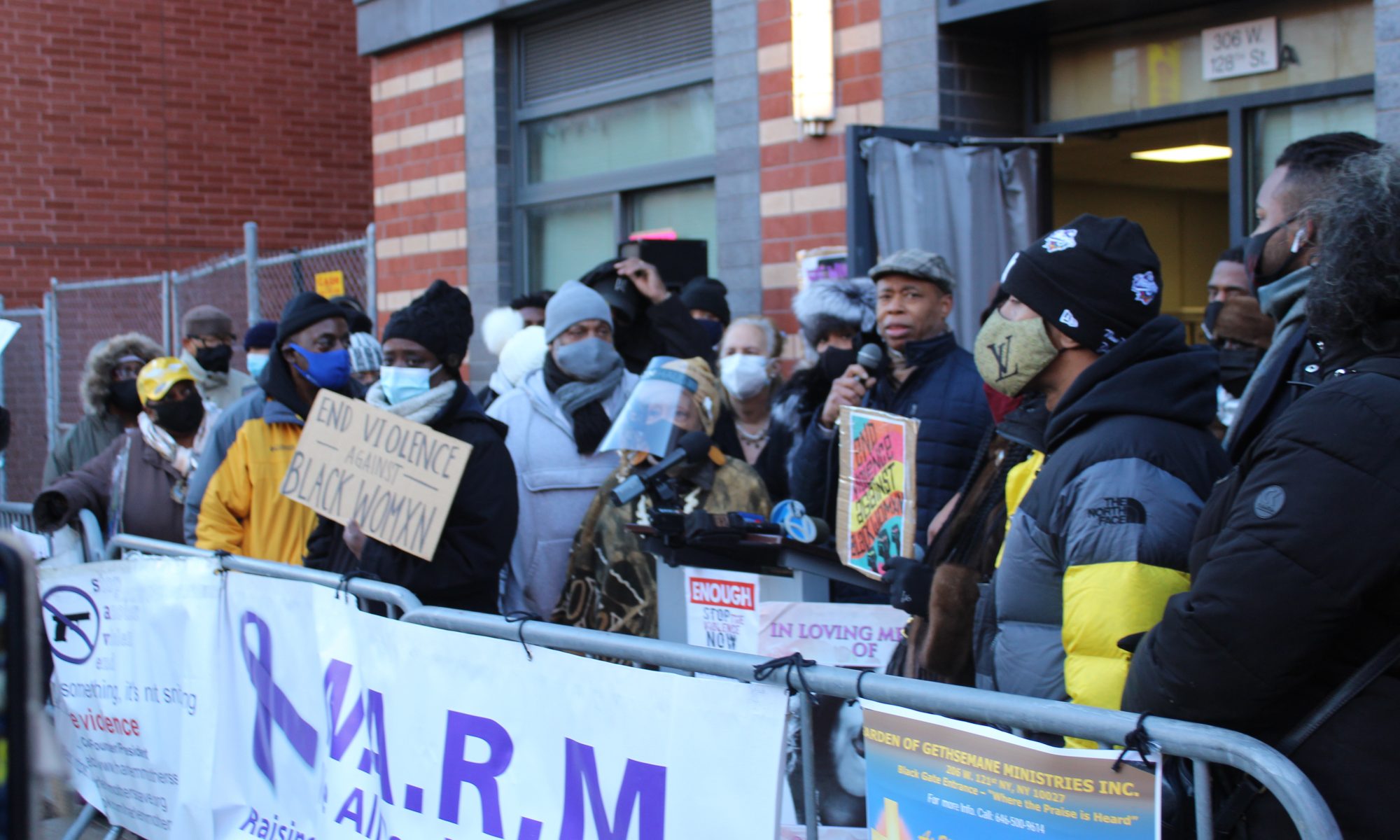 A rally to call for justice, and to end the violence against Black women has  brought together on January 30th 2021, New York City  electoral officials, clergy,  community leaders, and Harlem residents in Harlem as the police is actively searching for three men who assaulted a 31 – year – old mother. 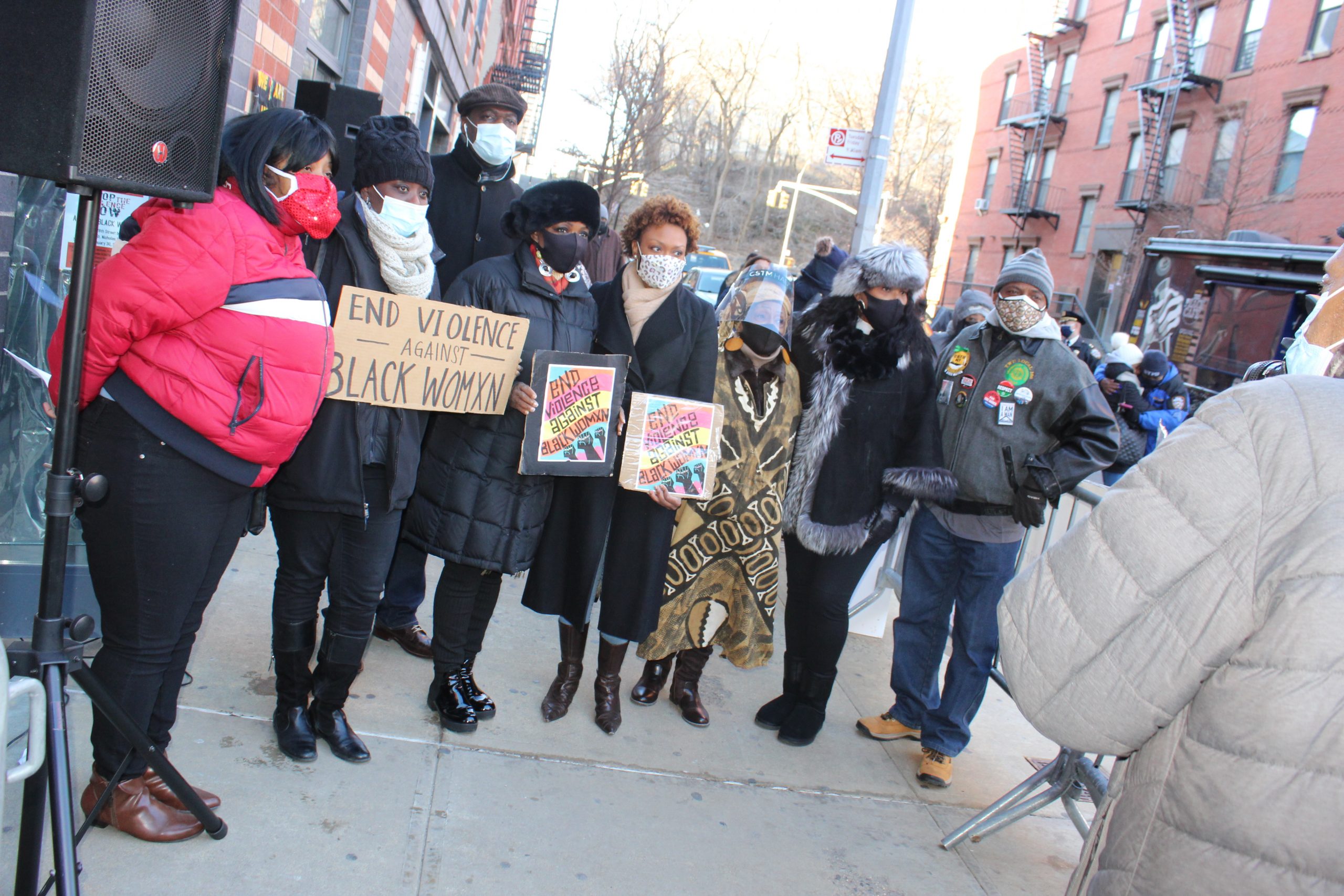 “We will come together and bring those who commit this crime to justice,” said New York State Senator Brian A. Benjamin who wondered why the assailants are still on the loose. He has promised that “we will keep doing anything to bring these guys to justice.”

“We feel what you feel,” said Eric Adams the Brooklyn Borough President as he spoke directly to the family members. Regarding the three men, he said: “Those people need to be in a prison’s ministry.” 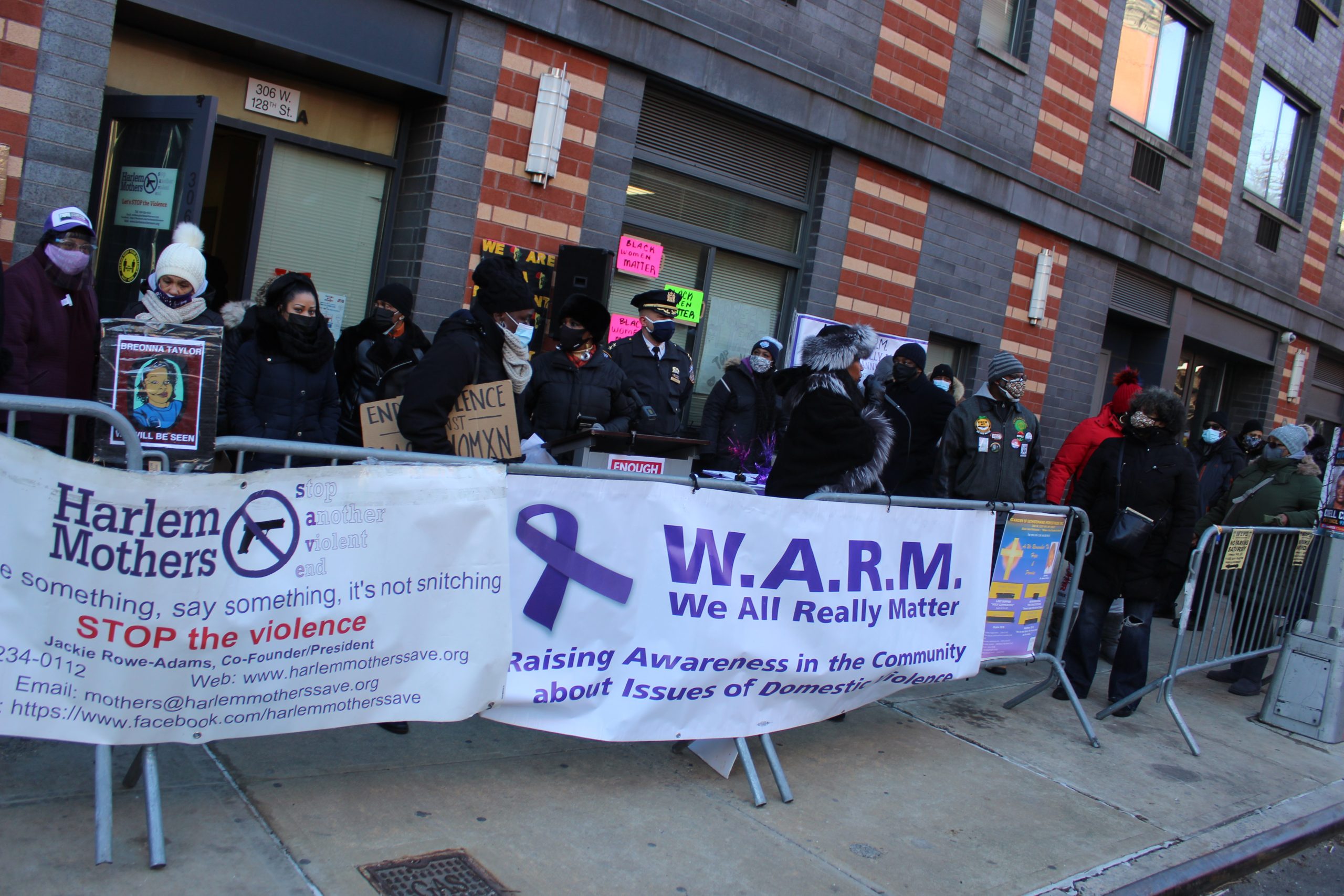 “We stand here today to say enough is enough, and we do not want to see another thing like that,” said Jackie Rowe – Adams founder and CEO of Harlem Mother’s Save. And she concluded:” We hope our black men will stop biting, beaten, and robbed our Black women; it is not ok to do violence.”

For Apostle Dr. Staci Ramos, “the violence must stop now. It is time for us to heal and we need our black men to stand with us.”

Several other people including 28th NYPD precinct representative, a family member, Eric Garner daughter, and many more spoke and call for the end of violence against women. 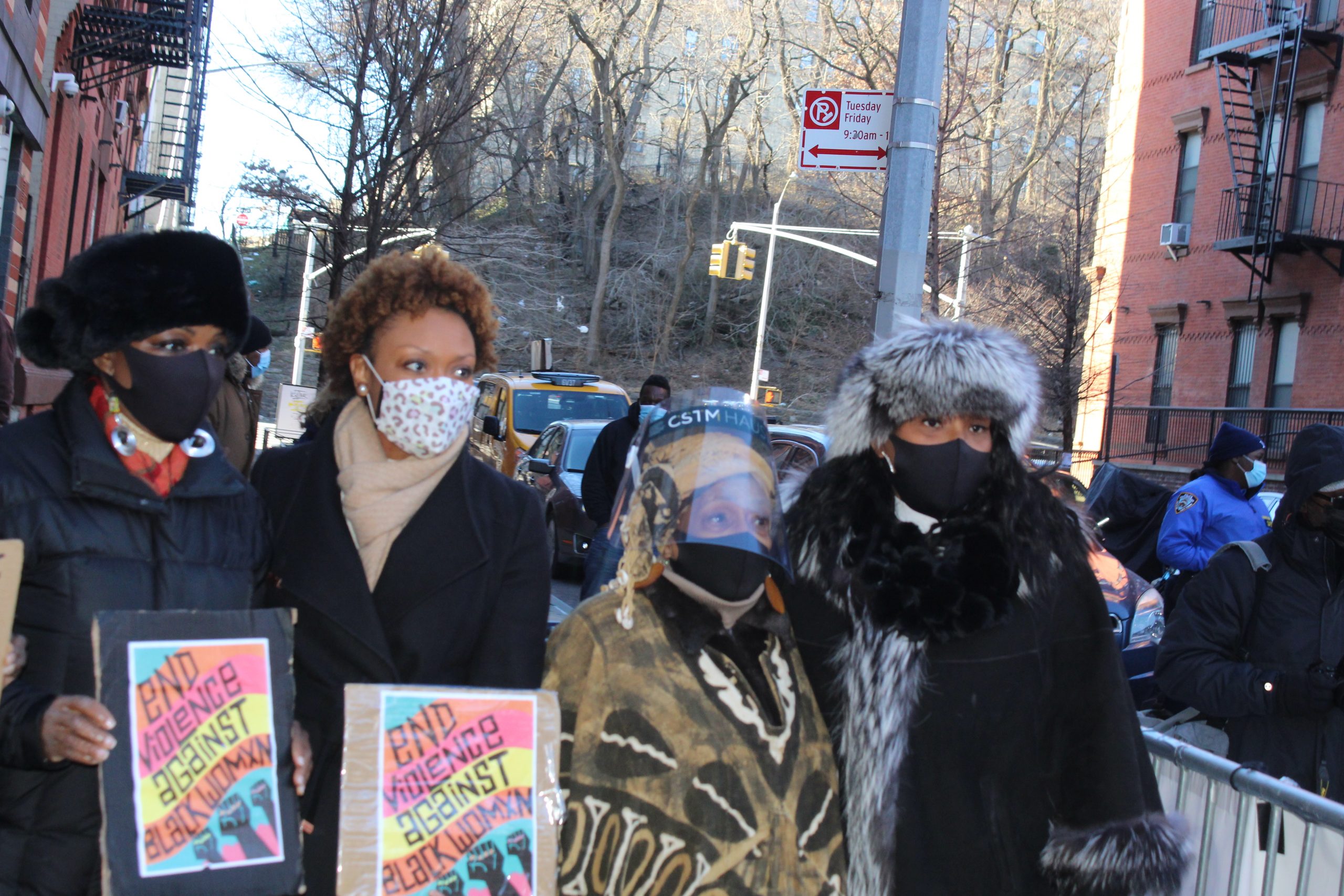 “Too often we hear stories like that of this 31 – year- old mother and we must put an end to it as a community to ensure safety for all,” said Cordell Cleare, a New York City Council District 9 candidate.