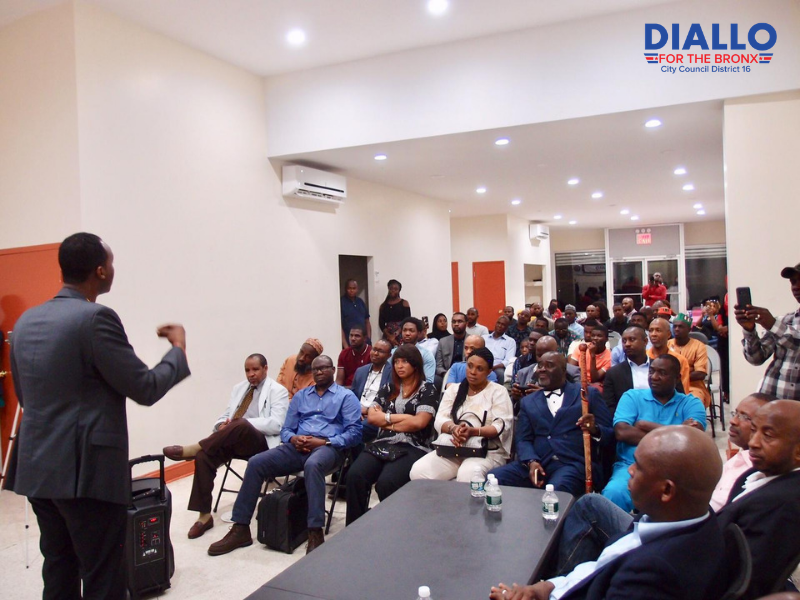 Abdourahamane Diallo,28, has organized a pre-launch event to announce his candidacy for New York City Council District 16 on August 14, 2019 in the Bronx.

Following the election of Charles Fall, who is of Guinean descent, as the first Muslim and African-American Assemblyman in the New York’s 61st Assembly District in Staten Island, another African is running to be a councilman in the Bronx. 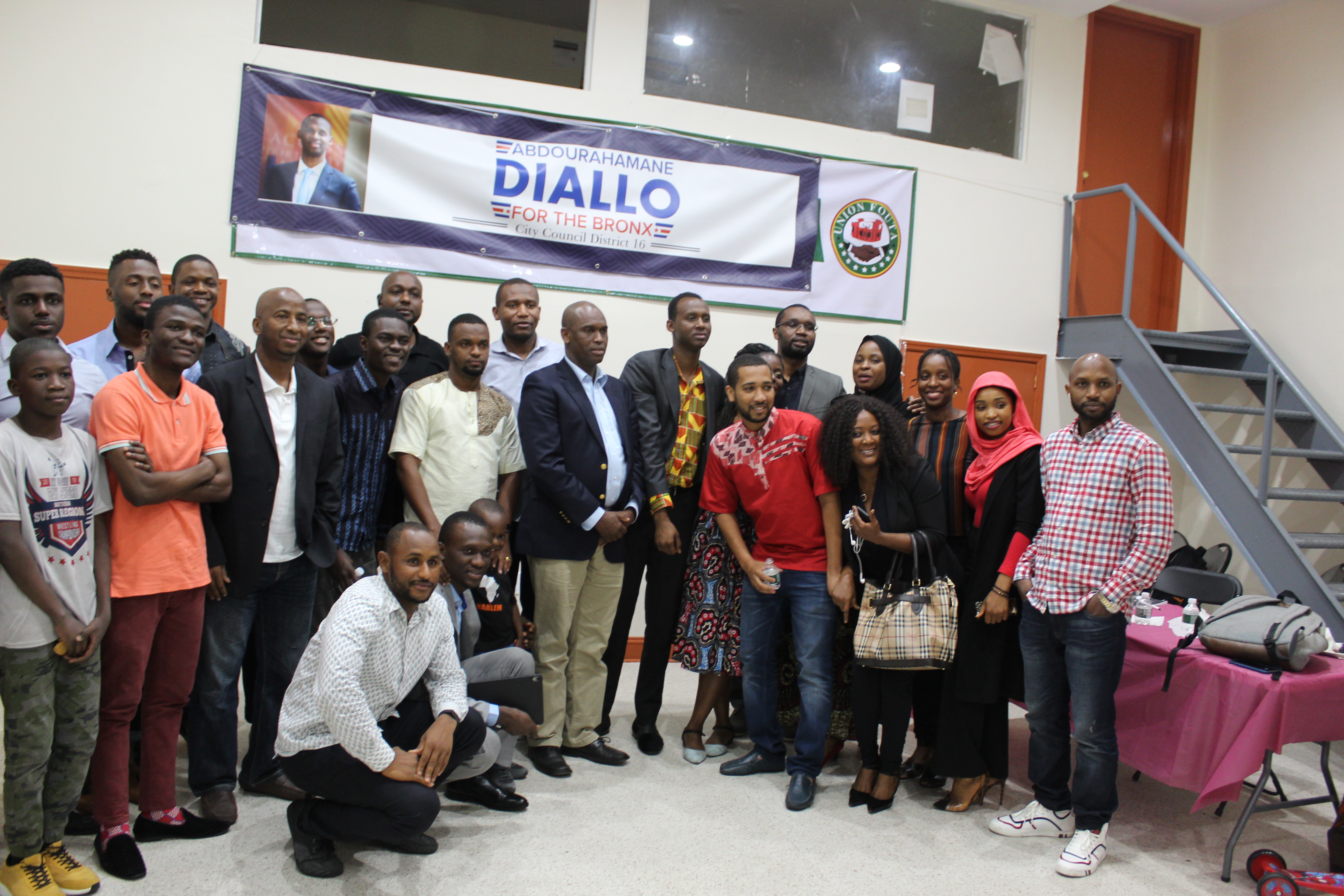 “I stand in front of you as a son, a brother, with a vision to make our community better,” said Mr. Diallo to a packed auditorium. He went on to explain how he came to this country with a dream to have a better education, make money and go back to his native country. “This was what I was thinking when I was in Africa,” he said. In the United States of America, he realized that “the situation is different … we are here, we are not going anywhere, we have to build here,” he said. “If we come together as Africans, we can do many things.” 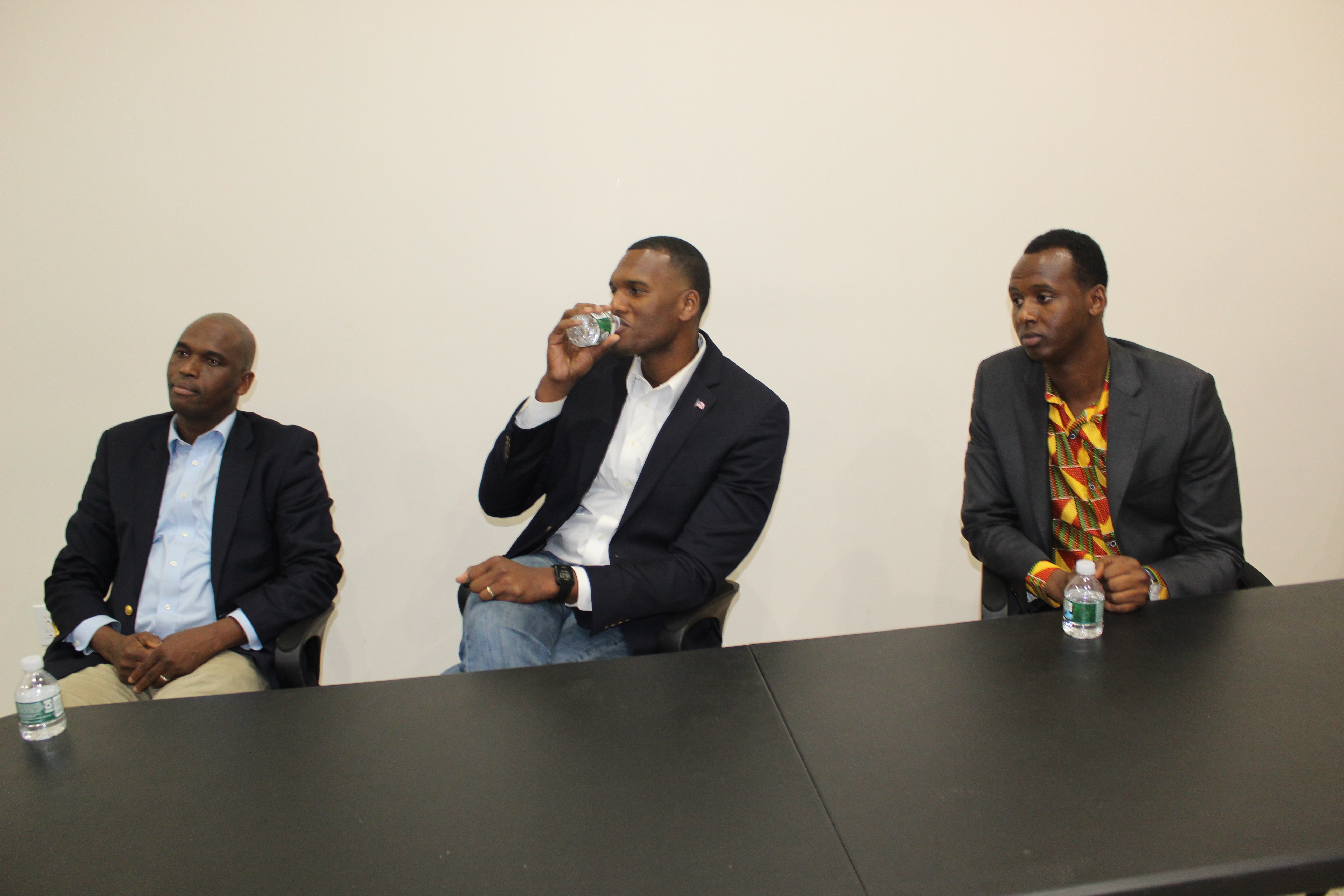 As Mr. Diallo is shaping his goal to serve and amplify the voice of the community, he made the decision to run for City Council. Mr. Diallo earned a bachelor’s degree in Business Administration from Baruch College, majoring in finance and investment and minoring in communication studies with a focus on conflict resolution. Prior to that, he studied political science at John Jay College, and law in Guinea. While in college, he worked as a taxi driver, dishwasher, delivery boy, and most importantly, he was involved deeply in organizing the Guinean community and was the founder of Guinean Students Association (GSA). An organization, which has since grown and currently reaches more than 10,000 people. 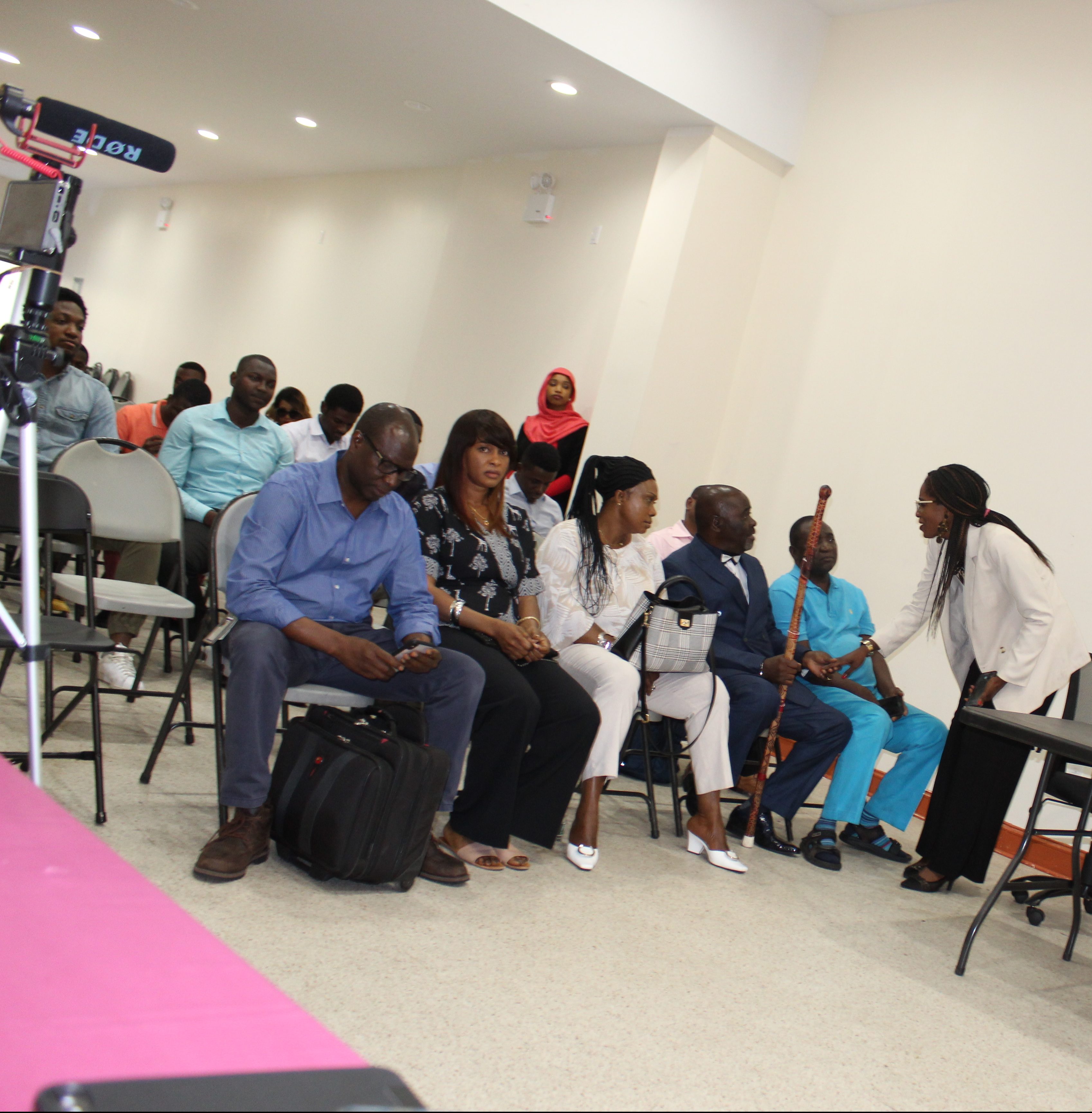 Mr. Diallo who is currently the general secretary for the Bronx Borough President’s African Advisory Council and a member of Bronx Community Board 3, had Assemblyman Charles Fall at the gathering. Assemblyman Fall stated that Abdourahamane reminded him of his parents’ story. He came here worked hard, pursued an education to better himself and now he is running
for office, which is the beauty of the American dream. The Assemblyman is a champion for the African community and urges unity during this important moment. Assemblyman Fall said “We are going to work 100%, and this will be a wonderful journey,”. Diallo received endorsements from Pottal Fii Bhantal and Union fouta, two of the largest organizations in the Guinean American Community through their respective presidents. 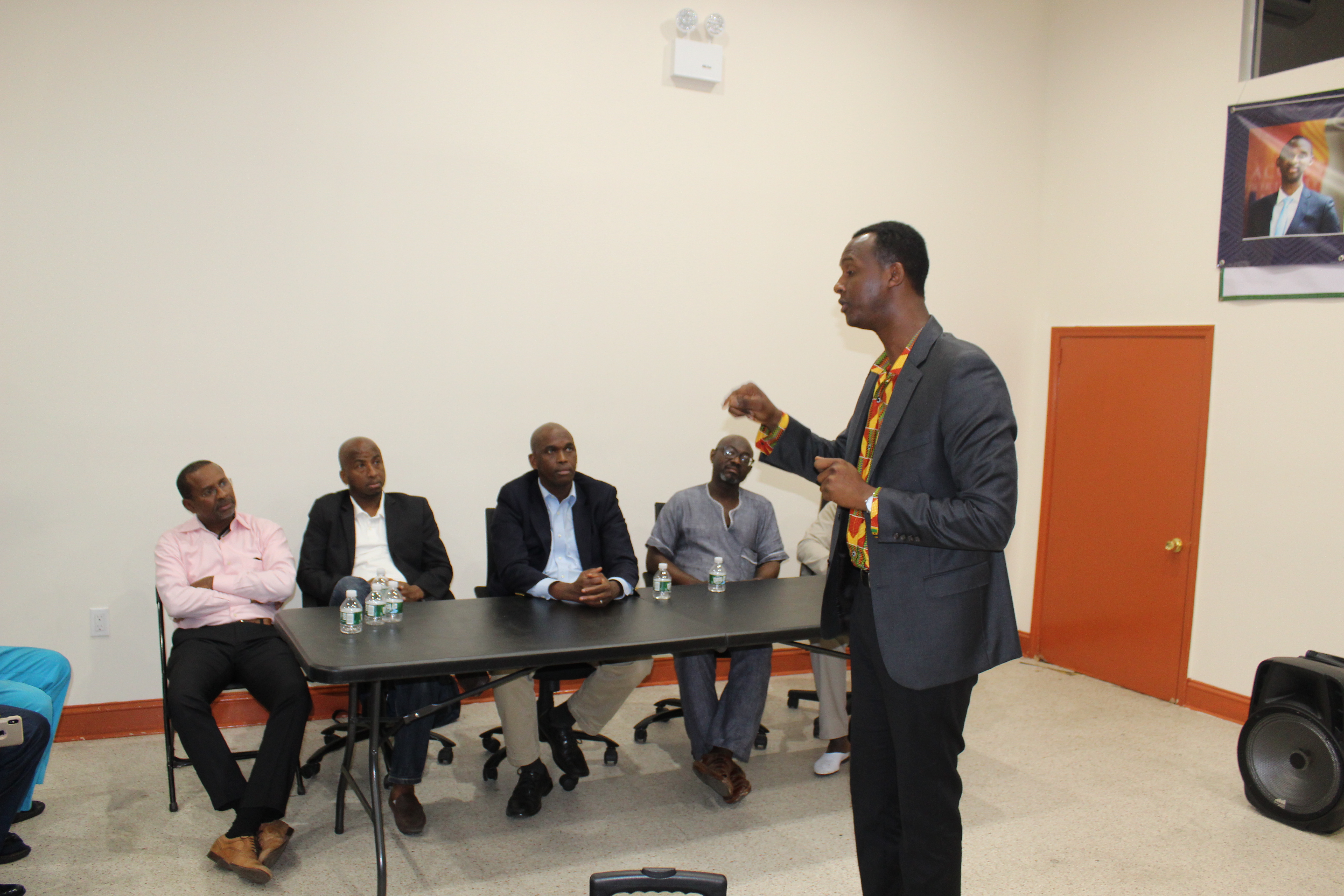 Elhadj Babagale, leader of the Futa Islamic Center, endorsed Mr. Diallo. He said “ he is our son and we will get all the resources needed to get him elected in this district”. Mr. Mohammed
Mardha, Chairman of the African Advisory Council of the Bronx Borough President and Naby Niambele also came to support Diallo’s initiative.
Mr. Diallo was accepted to the Schwarzman Scholars Program, one of the world’s most prestigious graduate fellowships, therefore he will soon take off to China where he will be pursuing a master’s degree in global affairs with a focus on economic power and diplomacy at Tsinghua University. 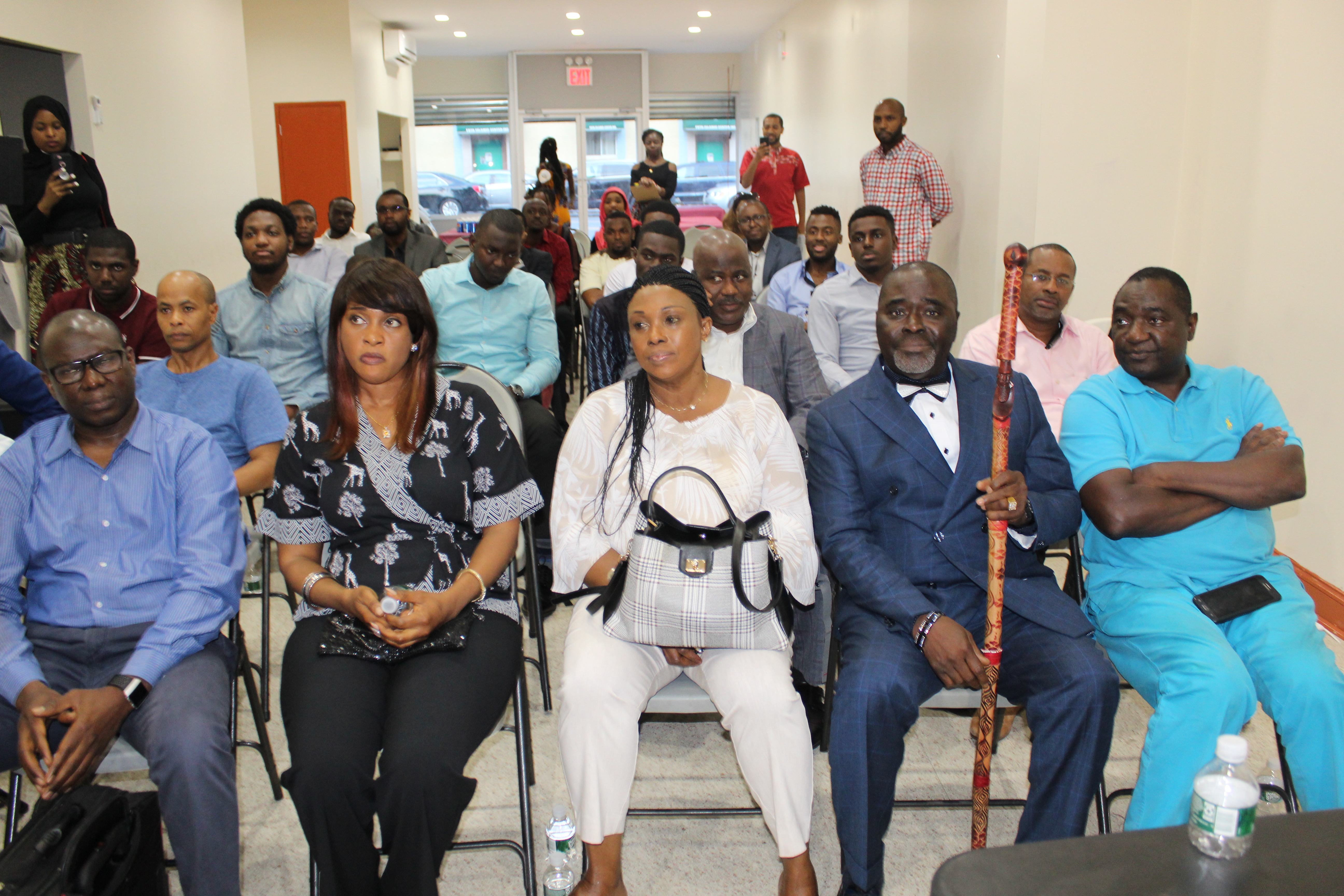 For now, he is calling for unity. “In order for our African community to win the power and respect we deserve, we need to unite and speak with a single forceful voice,” he said. “Tonight, we took an incredible step towards that idea. Africans in the Bronx, one voice.”