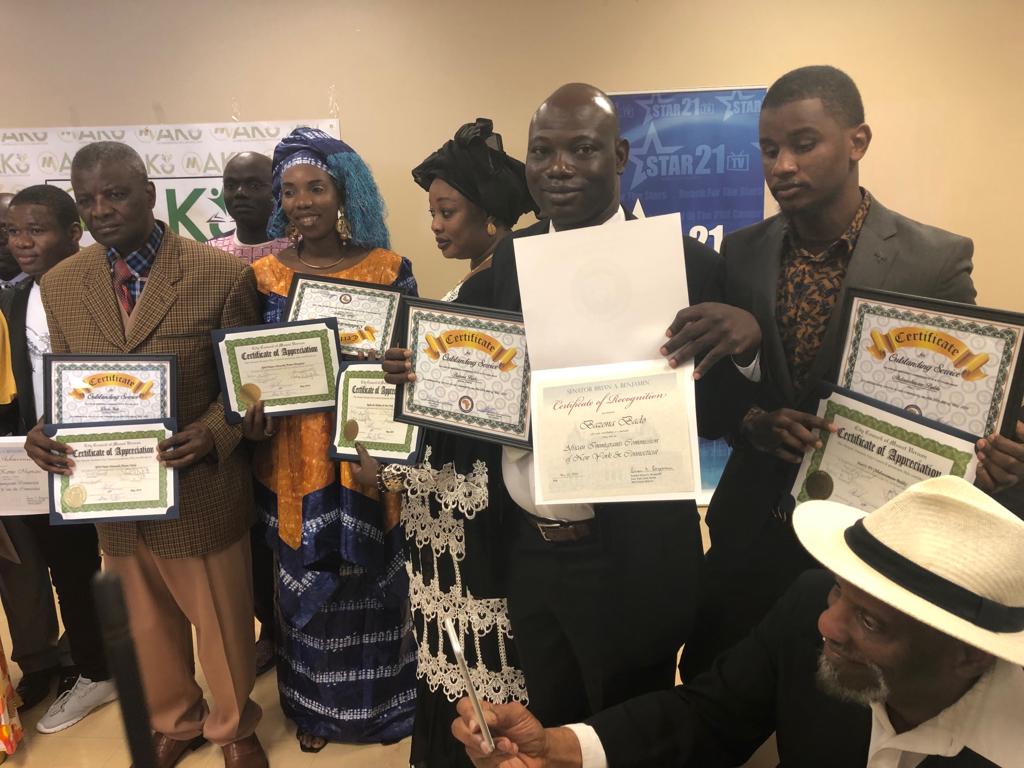 The 12th annual Africa Day organized by the African Immigrants’ Commission of New York & Connecticut was held in May 25, 2019 in New York in the Bronx. Some electoral officials were there, and others such as New York State Governor Andrew Cuomo was represented. 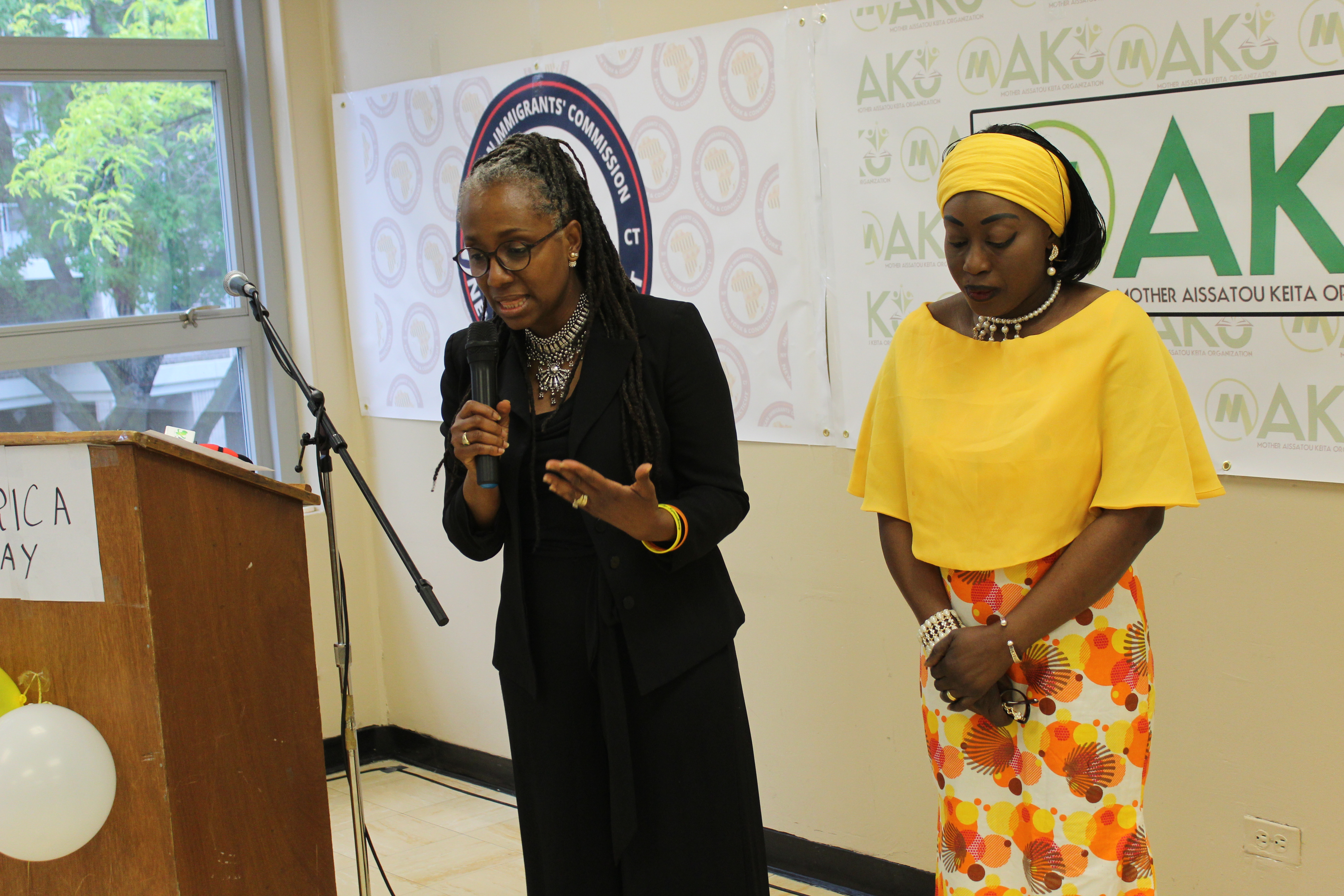 Communities – based news organizations were rewarded and “The African Journal” was among the honorees. 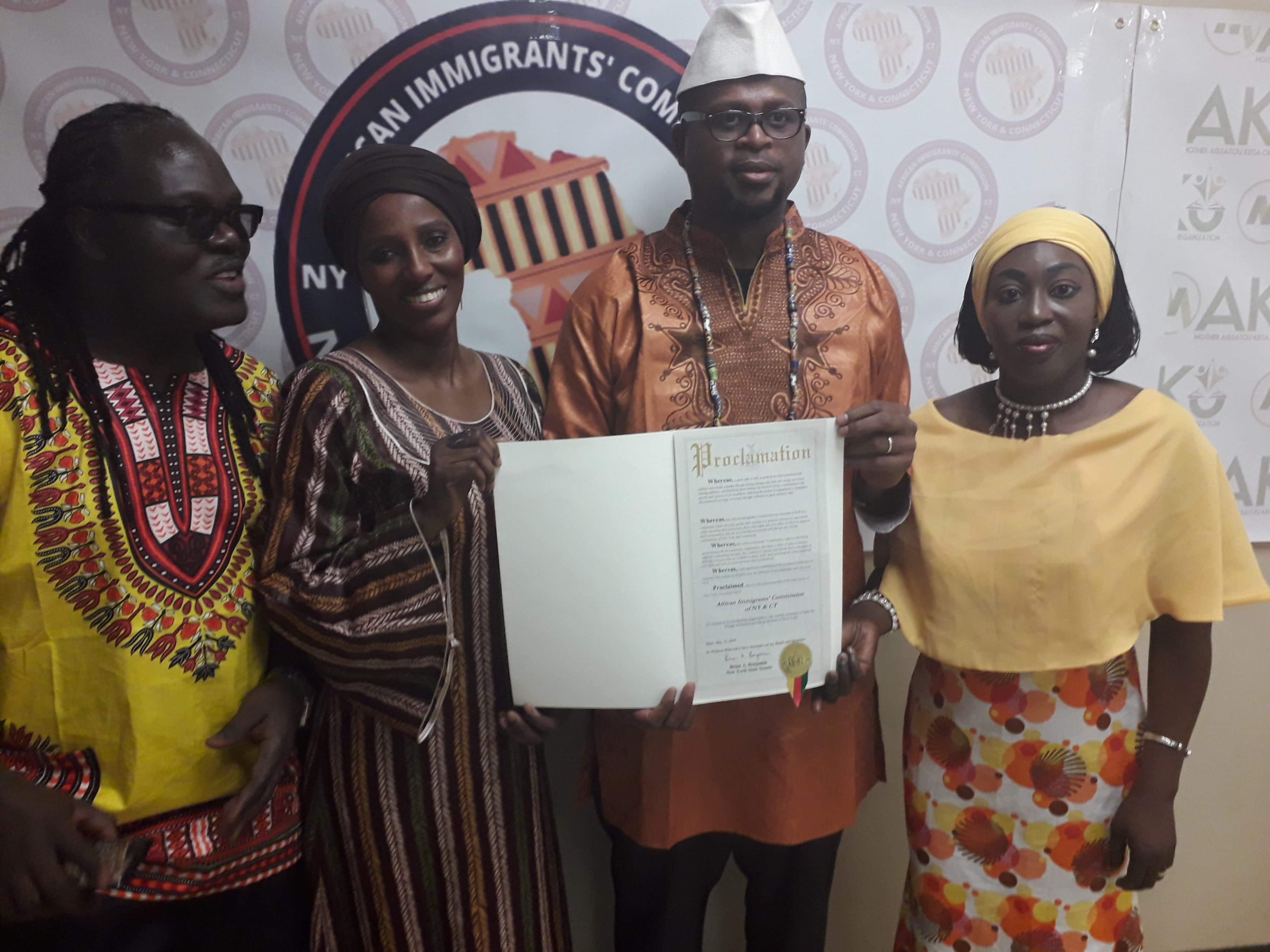 “This occasion recalls the historic events of April 15, 1958, when the first Conference of Independent African States was held among leaders of Africa’s liberation movement, giving rise to the eventual founding of the organization of the African Unity on May 25,1963. It marked an expression of solidarity among 32 free nations and the observance of the first Africa Day in a shared celebration of liberty and its meaning for the people of Africa countries,” said Governor Andrew Cuomo who was represented by Mr. Ortiz. 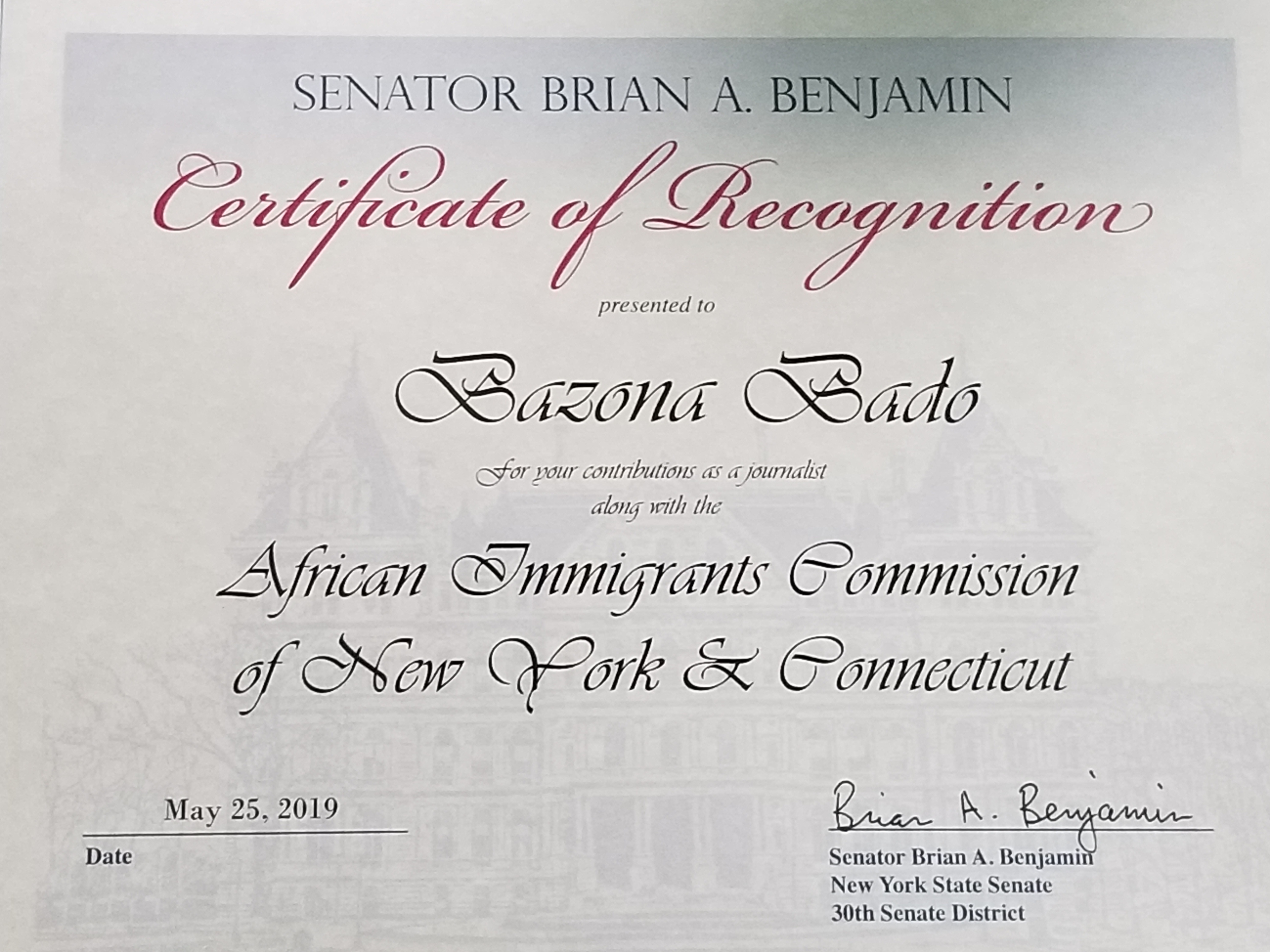 The particularity this year of “the more powerful, energic, and independent celebration,” as said Cheick Musa Drammeh, is the recognition of the work of journalists for outstanding service to African communities. And The African Journal was among the honorees. The news outlet is a community newspaper, which serves African communities without any discrimination. 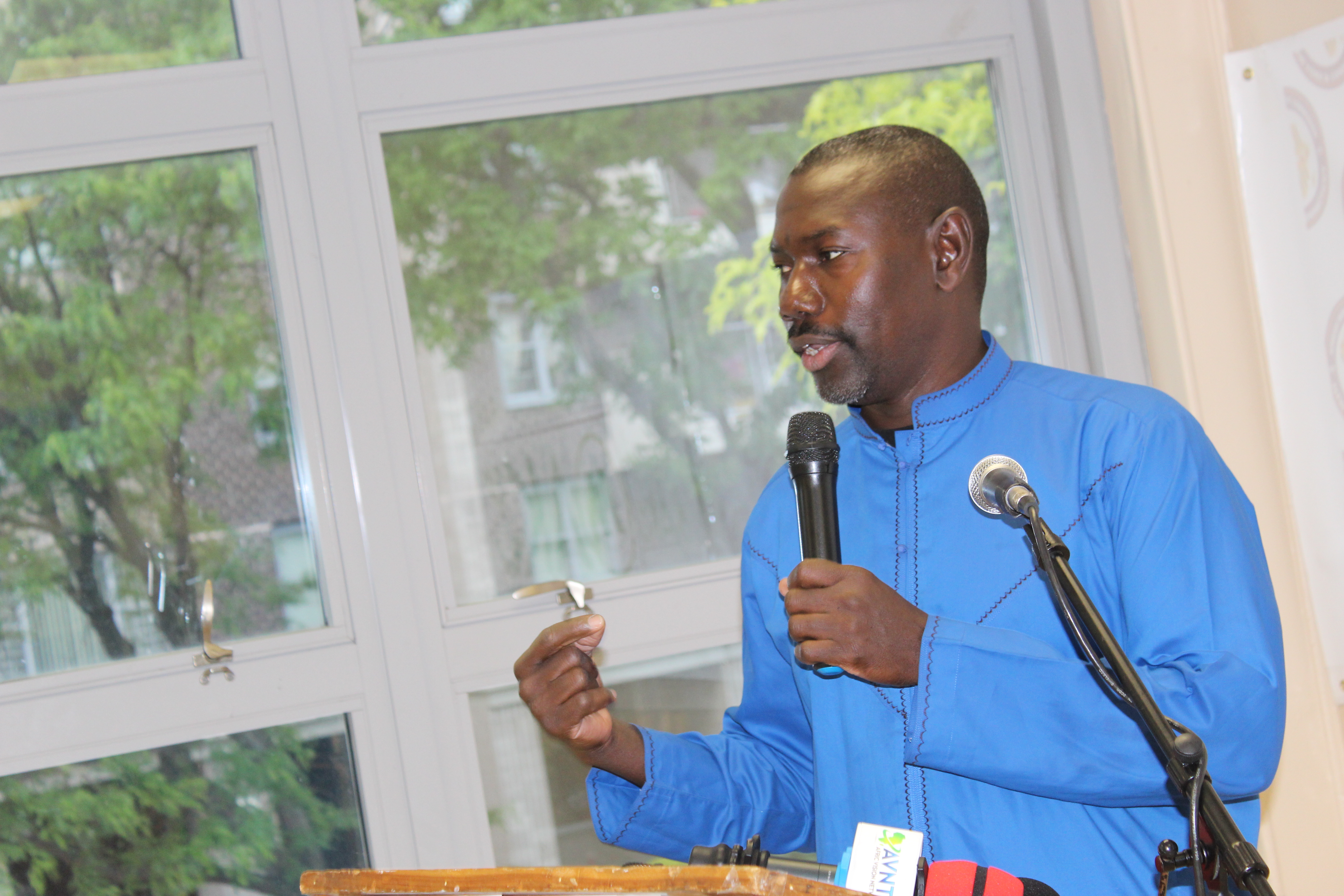 Mory Kouyate the chairman of the African Immigrants’ Commission of New York & Connecticut, who gave us an interview after the ceremony said the event “is our way to reward our community.”

Talking about the African Immigrants’ Commission of New York & Connecticut, Brian A. Benjamin New York State senator said in a proclamation: “We recognize an outstanding organization, one worthy of esteem of both the village of Harlem and the great state of New York.” 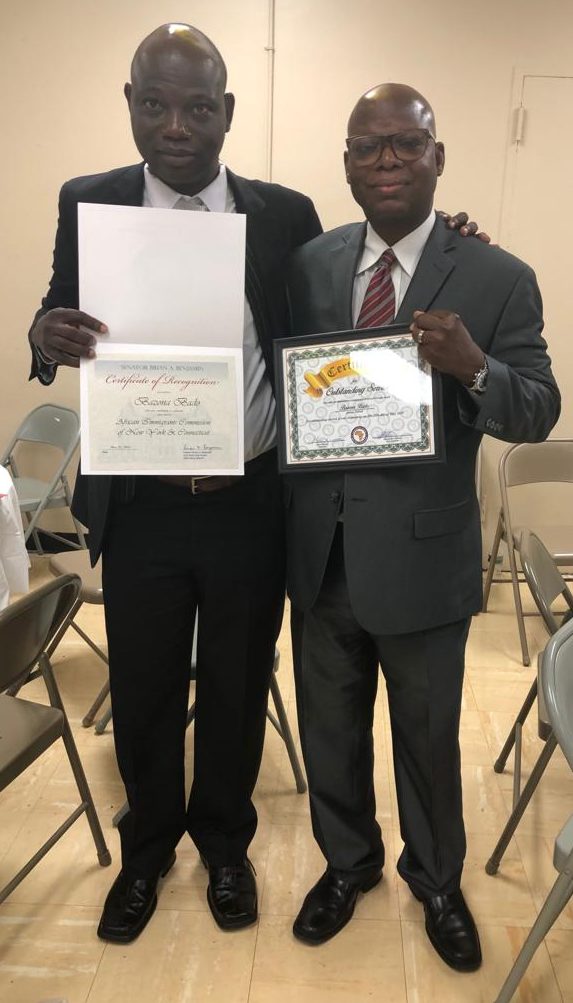 Leaders of some grass root organizations came to support the event. Artists from African diaspora ( Tapani, Princess Haile…)  were also there to entertain us.

Africa Day celebration began in 2007 as the” Brooklyn Assemblyman Hakeem Jefferies sponsored a resolution in Albany to recognize May 25 as Africa Day in New York State and went on to host the first official Africa Day celebration in Albany with the presence of diplomatic officials from the African Union Secretariat at the United Nations in New York City. Africans in the diaspora mostly from the tri-state area took bus loads to Albany to patriotically participate in this historic moment.”

Interview : We must love each other said Mory Kouyate

The African Journal (AJ):  You are the chairman of the African Immigrants Commission of New York and Connecticut and your organization has honored community – based news organizations in New York. Why do you decide to do so?

Mory Kouyate (MK): The media plays a key role in our community, they keep us informed, they enable us to get our message across, they help promote our events, and they cover our events and they never ask us for any money, yet we always take their works for granted. We never recognize their contributions to our community, this is why this year the African Immigrants’ Commission of New York &Connecticut decided to honor 22 community-based media outlets for outstanding community service during Africa Day Celebrations Saturday, May 25th, 2019. We believe that this is a first of its kind and we hope that other organizations will follow our example. 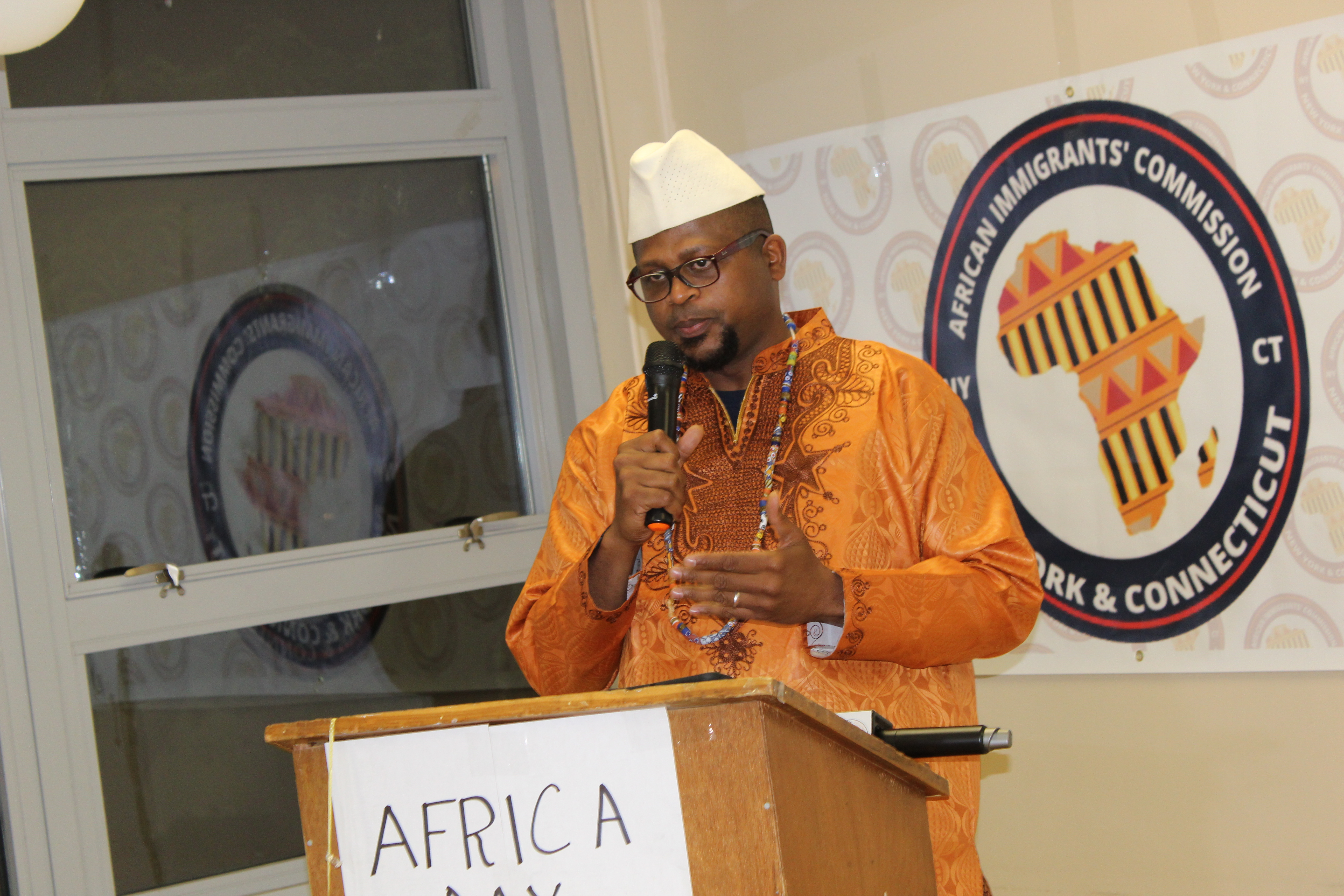 Each honoree received 2 citations. One from the African Immigrants’ Commission of NY&CT, the second was divided up among different elected officials such as the New York State Senator Brian A. Benjamin, the New York City Council Fernando Cabrera, Mount Vernon Mayoral Candidate & City Councilwoman Delia M. Farquharson and US Congressman Adriano Espaillat. We would like to thank these elected officials for issuing all those citation to our community-based media outlets, and some of them for attending our event.

AJ:  The event was a big success. How do you feel about it?

MK:  I feel great about the event; our whole Executive board feels great about it. It was a total success, we filled up the room and we carried out our goal to mark Africa Day and to honor our journalists. We believe that we achieved a lot as a young organization. On top of all the success, the African Immigrants’ Commission of NY and CT received a Proclamation from New York State Senator Brian A. Benjamin recognizing AiC as outstanding organization, one worthy of esteem of both the Village of Harlem and the Great State of New York. Moreover, we also received a very important certificate of special Congressional Recognition from US Congressman Adriano Espaillat and we received a letter from New York City Governor Andrew Cuomo, sending us his regards and best wishes for an enjoyable Africa Day Celebrations. 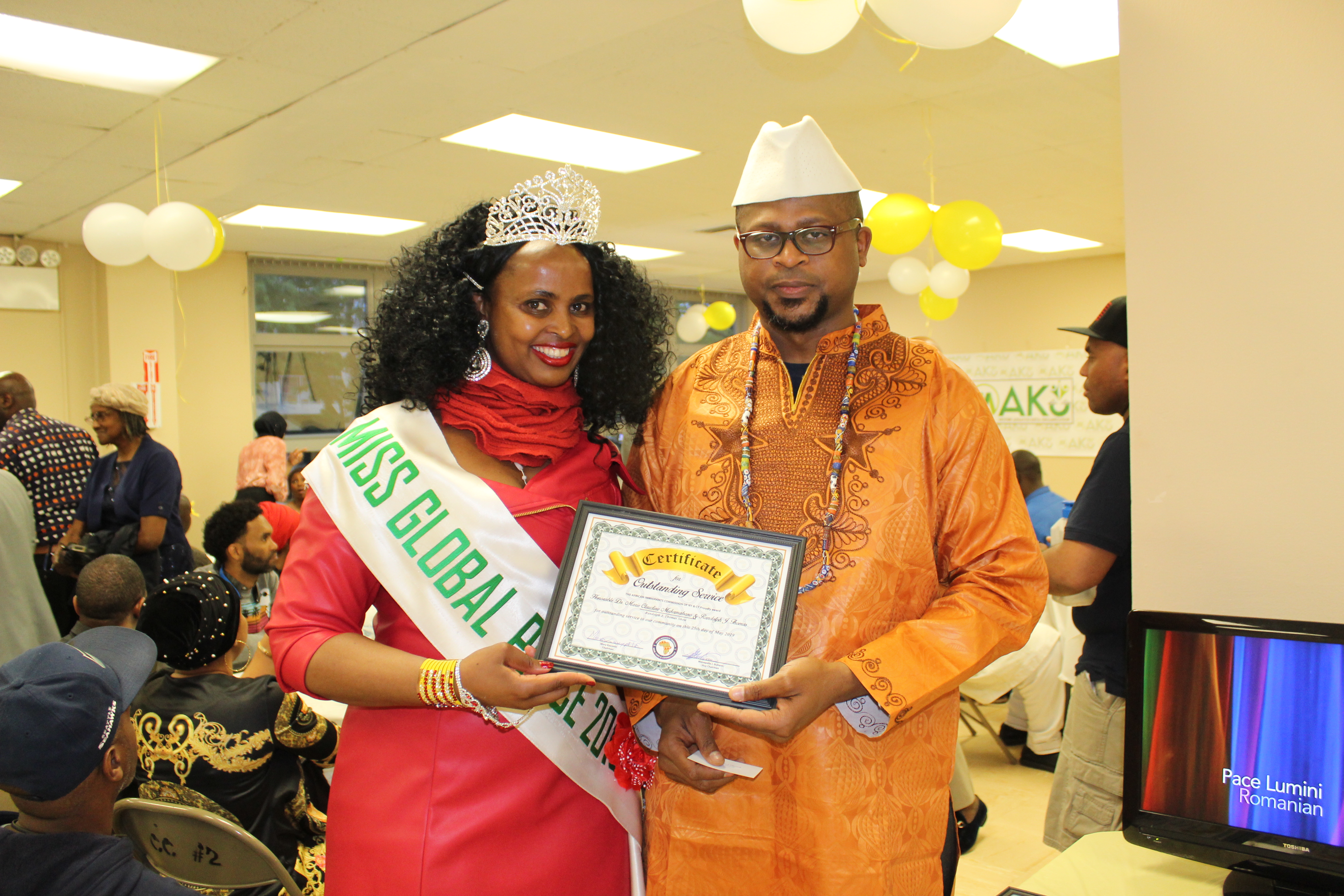 AJ: What does Africa Day mean for you?

MK:   For me Africa Day means so much. I came to New York City at very young age. It is very easy to forget where you come from. Having Africa Day, allows us to celebrate ourselves, and our achievement. It allows us to showcase our great diverse arts and culture to the world. Africa Day enables us to remind ourselves of our glorious past, our present condition and what can be in the future for our people, for the 54 African countries and for our Continent as a whole. We hope that the continent of Africa will unite for under one flag, one army, one currency and one president. This will solve all the problems that we are having right now.

AJ: As we celebrate African Union Day, the big issue for Africans is how to speak with one voice. What can we do to unify our communities?

AJ: Can we expect another event next year?

We have a big event coming up in September 2019. We would like to do it outside the State Building in Harlem. We will give you more details later.

AJ:  Do you have a specific message for Africa communities?

MK:  My message to the Community is, let’ s be the example for our people back home and for the young up and coming leaders of our community. we must love each other. Let’s put aside the love of our ethnic group alone, love everyone, I am you, you are me. Learn to say * I am Sorry* heal the old wounds, Unite and move on stronger than ever before. This is my message, I hope they heed this message. Thank you very much for this interview. Congratulations to African Journal for being one of our honorees that received three citations.

One Reply to “Africa Day Celebration in New York: Journalists were rewarded for outstanding service to communities”