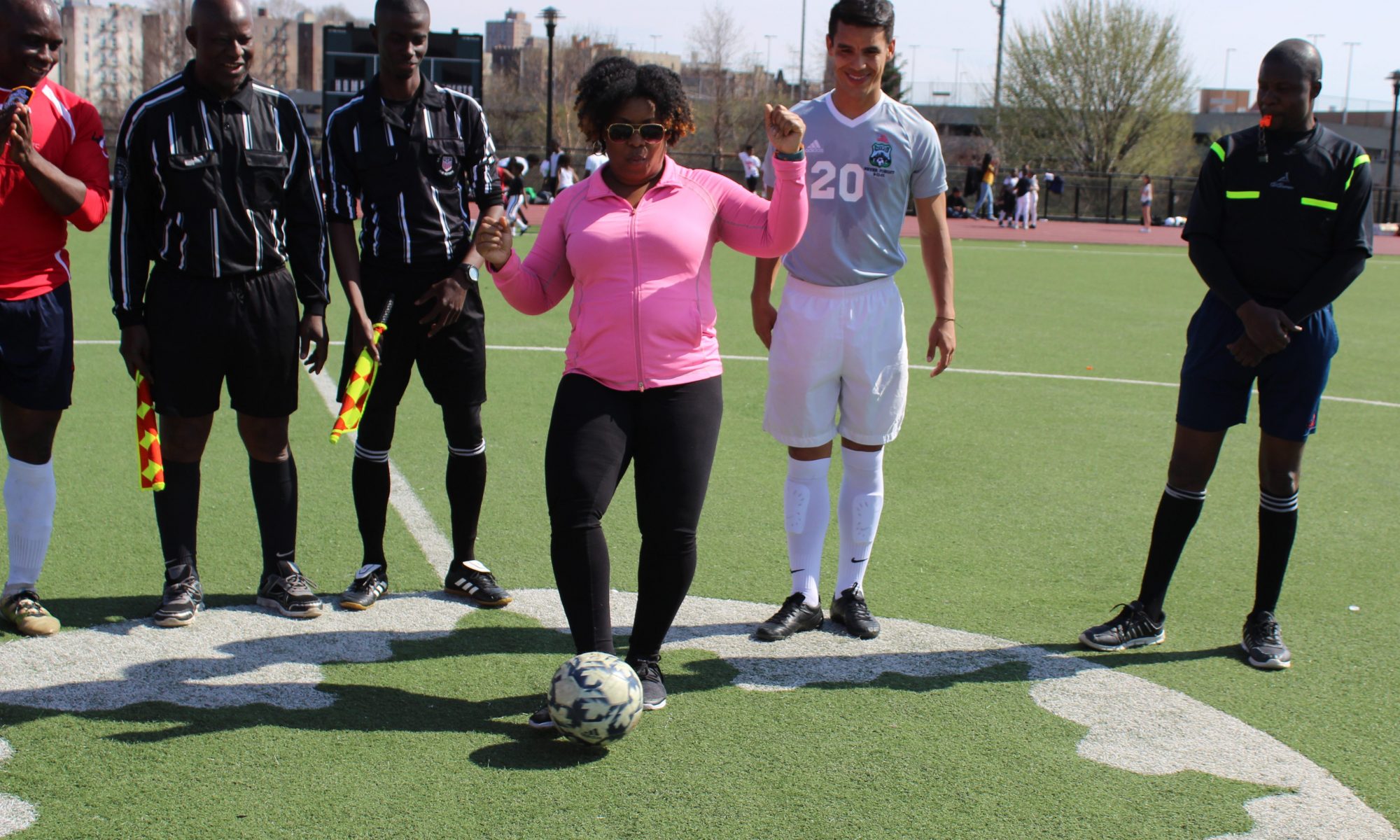 The African Advisory Council (AAC) of the Bronx Borough President African Nations Cup 2019, which is an annual event was held on April 13, 2019 at Yankee Stadium. The opening game featured AAC’s All Stars team against New York Police Department (NYPD) team. Marricka Scott – McFadden the Deputy Borough President Bronx who said it is pleasure for her to be involved, kicked the opening kickoff as she did last year. 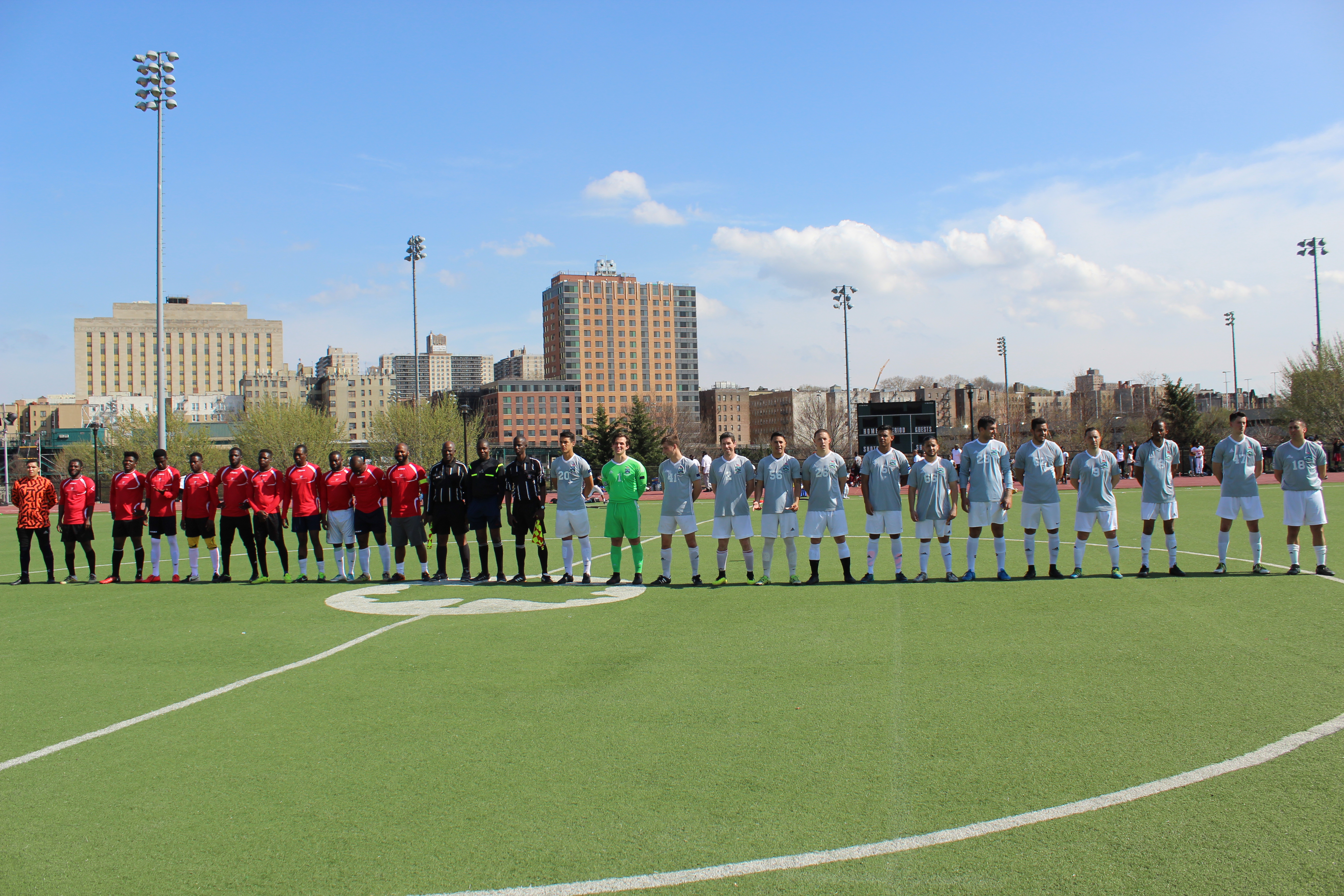 The game started at 3: 31 pm. During the first 10 minutes and physically speaking the two teams were relatively equitable. However, technically NYPD team showed its prowess by scoring in the 10th minute as Luis Delpero stunned everybody with a kick that surprised All Stars goal keeper. NYPD 1 and All Stars 0.

All Stars missed to score in the 24th minute as the crossbar pushed back the ball and saved NYPD team. In the 27th minute, the number 5 All Stars side is “awarded” with a yellow card. In the 31st minute the number 47 NYPD side has also a yellow card. 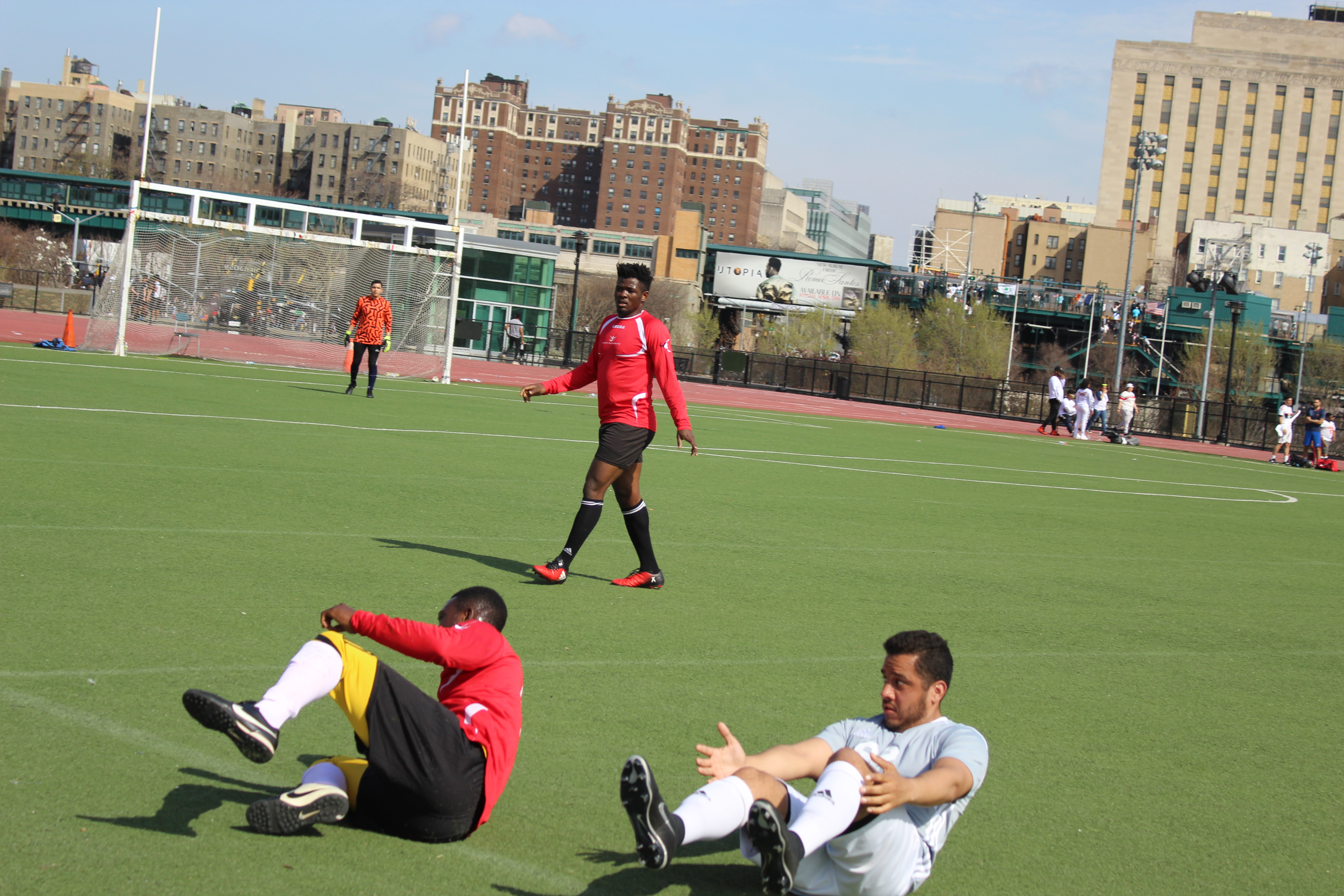 The two team went into the break at 4: 00 pm with NYPD still leading.

The game restarted at 4: 08 minutes after 8 minutes break. 7 minutes later, Luis Delpero again in an easy way goaled for the second time. All Stars are visibly weary as the number 6 NYPD side scored in the 10th minute for the bliss of the team. NYPD 2 All Stars 0.

All Stars are visibly exhausted. A big deal for NYPD team who scored again 3 minutes after the third goal. Although All Stars seemed tired, they kept fighting and dreaming when in the 50 minute they missed to score again when a violent kick hit the crossbar. The team kept dreaming when in the 53th minute, NYPD team scored for the fourth time due to a magistral gesture of Luis Delpero, the unbeatable. NYPD team 4 All Stars 0 is the final score. 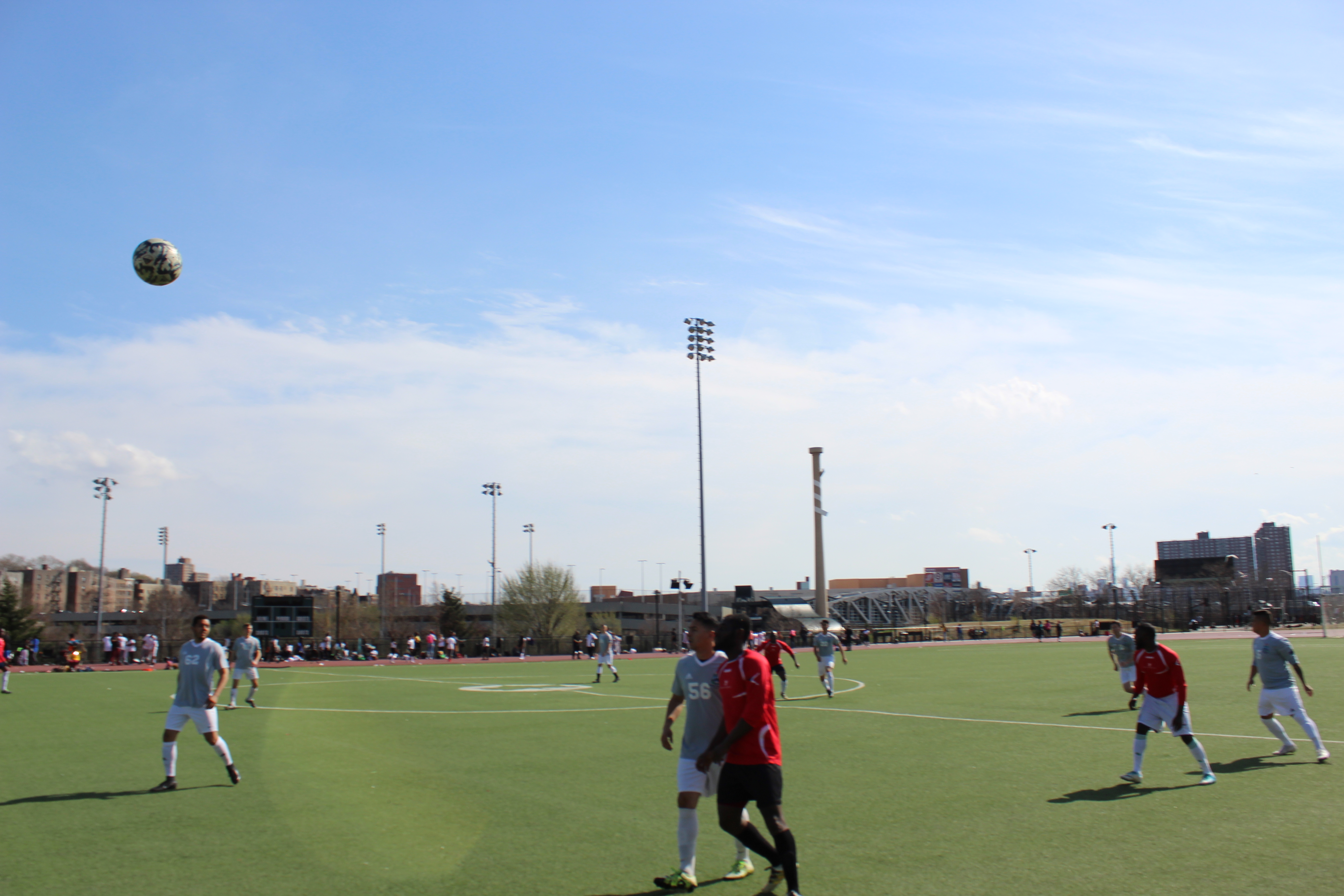 The African communities alongside with Mohamed Mardah, the chairman of African Advisory Council, were there to support not only the African team but also congratulate NYPD team as the fair – play prevailed. 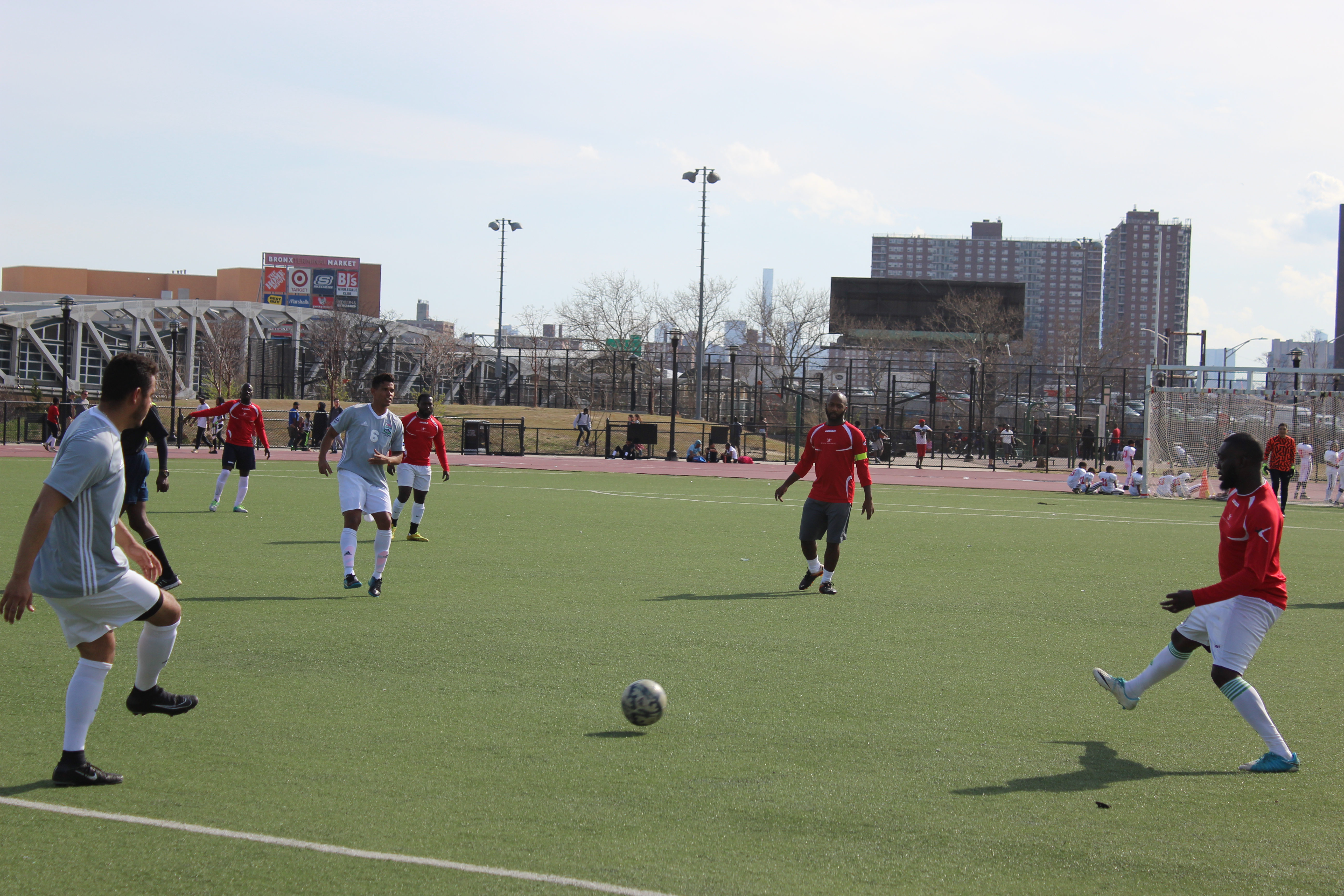 “We let them win to beat them next time,” said Ambroise Ngande who is overseeing the tournament on behalf of African Advisory Council. “It is not a fight, it is our way to express our appreciation to NYPD,” he said.