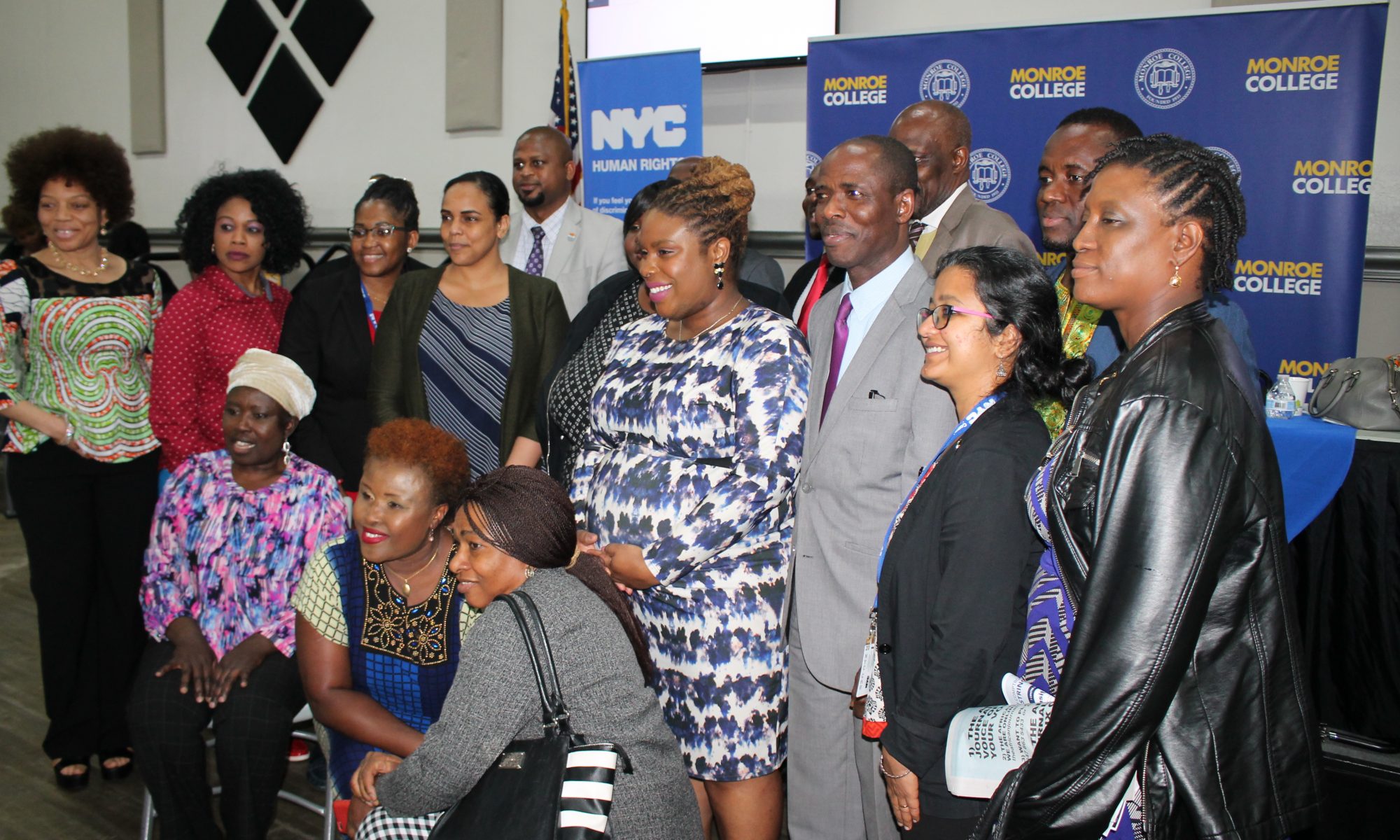 “African communities forum and resource fair: mobilizing community through government engagement” was the theme of that second forum, which was organized in May 10, by New York City,  Commission on Human Rights and held at Monroe College.

“ There is a huge increasing among Africans in New York City, and African community is fastest  growing  immigrants’ population in New York City. It is great to touch out to them and let them know the services that are offered to them,” Christelle N. Onwu, lead advisor for African communities, NYC Commission on Human Rights said.

Aissata Camara, Taiwo Onabanjo, May Malik, Dr. Noel Manyindo, and Marissa Jackson were the five panelists invited to talk about three topics: Employment, building partnership with government agencies, and  how to empower communities.

As they were answered questions, they let  participants know that the government gives a chance to everyone to get a job through application process. “Believe in ourselves, use your personal experiences,”  said the panelists  to those who are looking for job. They also think it is wise to maximize networking and keep pushing. Other things to do to get a job is to : “ search mentor other than your gender, your age, work hard, and build your values,” they said.

City council Vanessa L. Gibson 16th District was there to encourage organizers and explain the work she has been done on behalf of African communities.

“If you have any question regarding your religion, immigration status, and where you come from, contact us,”  said Ms. Onwu who gives rendezvous for next year for the third African forum.