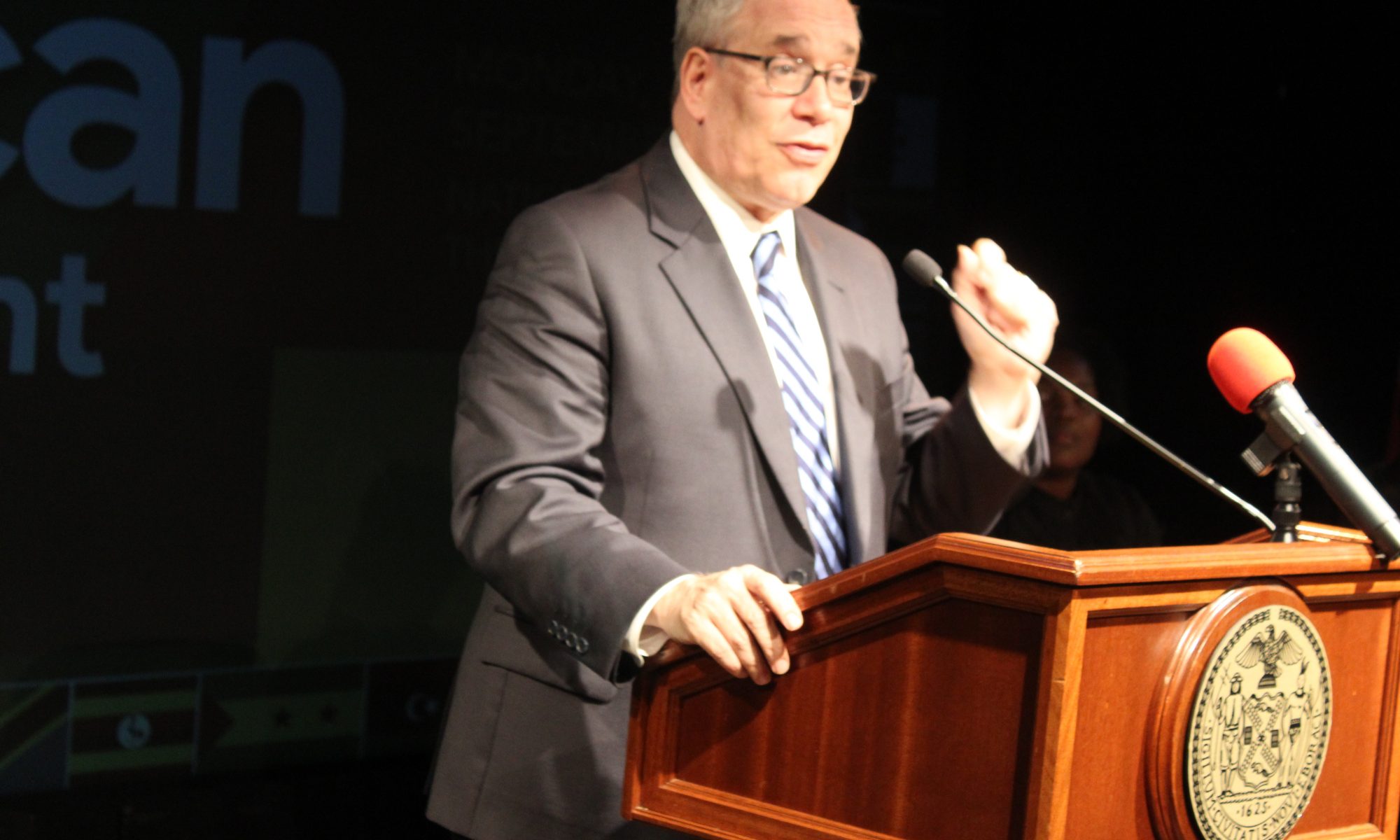 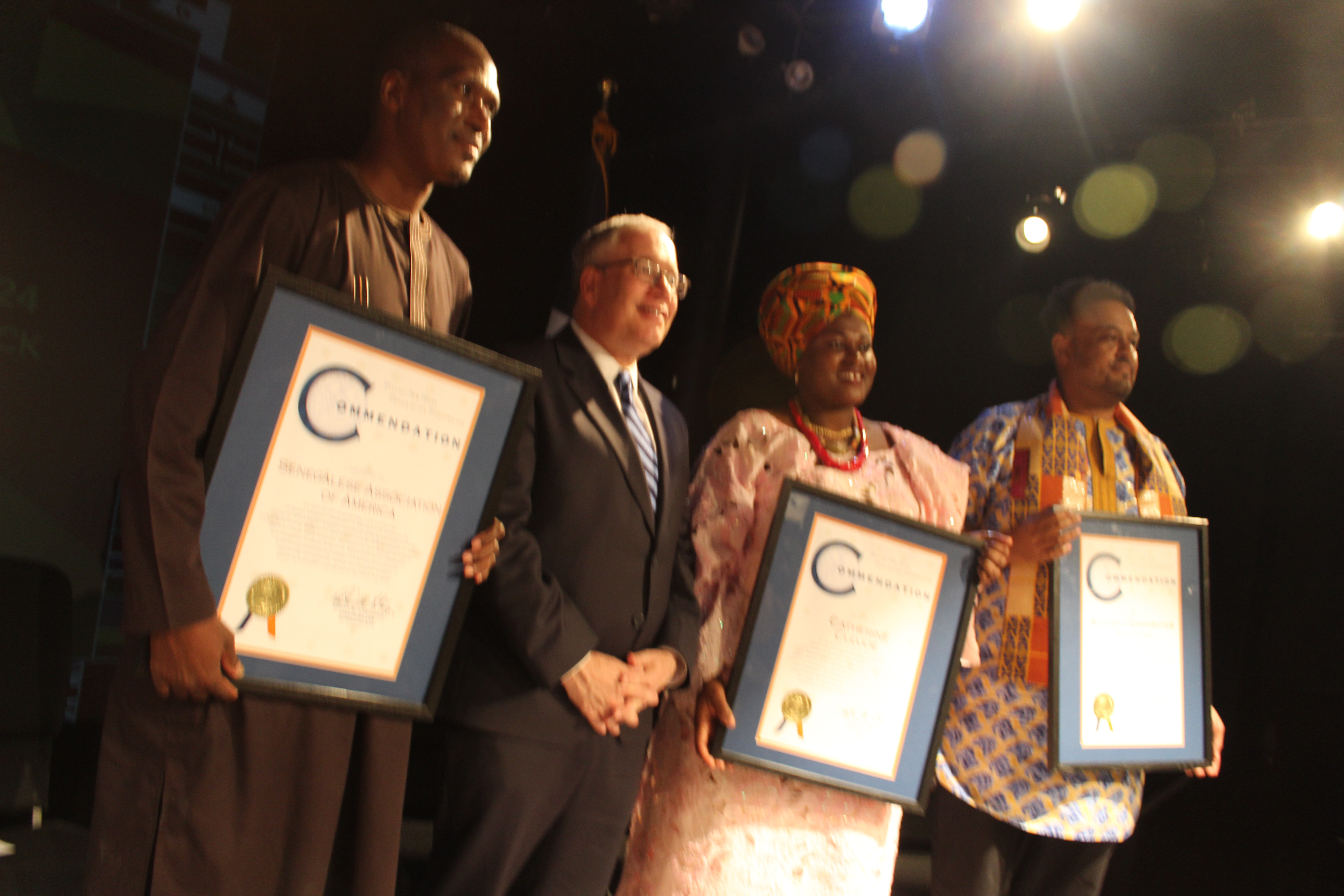 The ceremony was held at the National Black Theater in Harlem, which is a property of African American woman, Barbara Ann Teer. Her daughter Barbara S. Lythcott was there and gave an emotional testimony how she fought to take back the family property as it was about to be taken from the family.

“My mother who passed away in 2008 had a mantra,” she said. “If you know the beginning well, the end will not trouble you.”

And Stringer to said: “Leave your kids a good reputation.” Regarding the African Immigrant Heritage Month, which is the first annual one in the district, he said it is going to grow bigger. 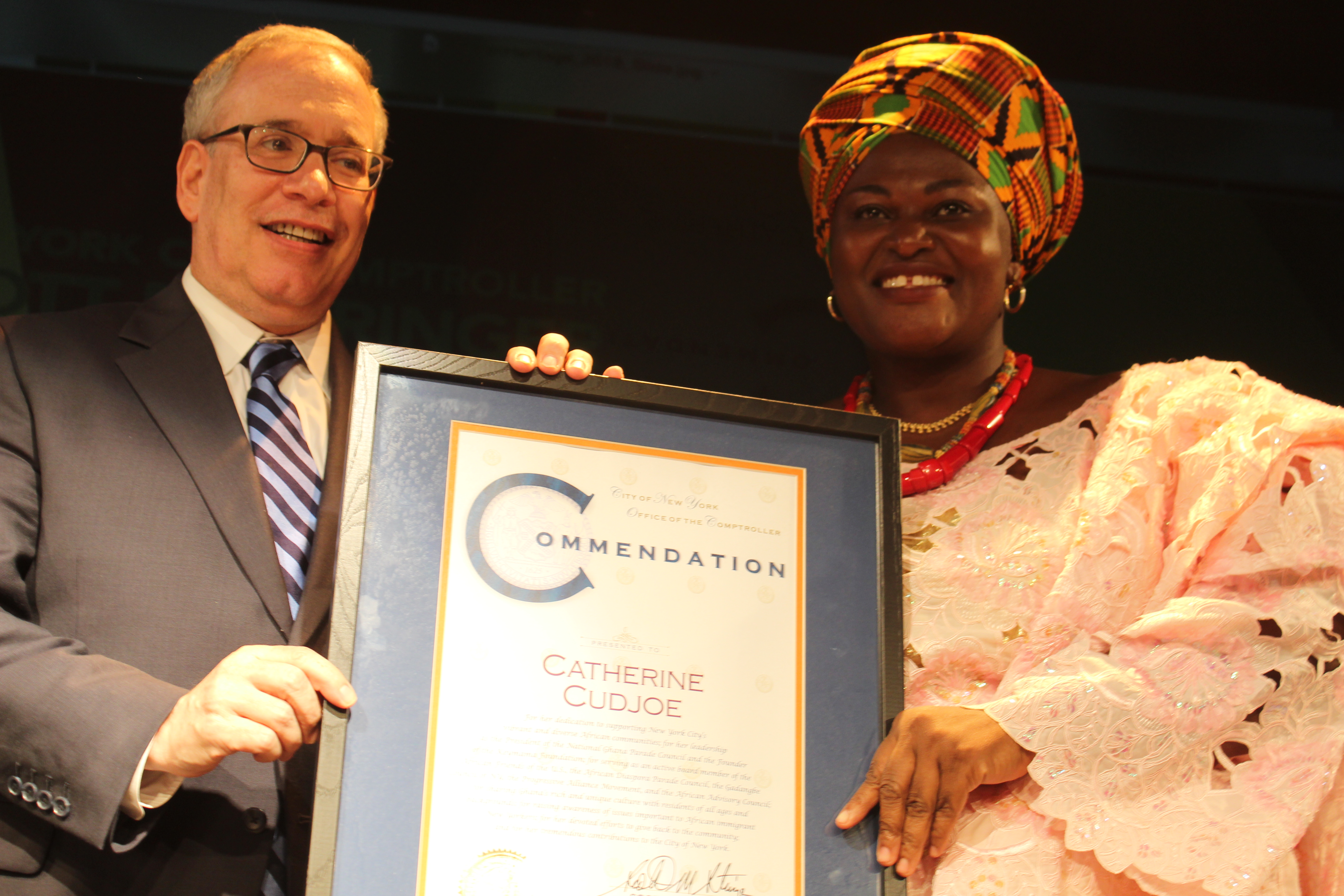 African Immigrant Heritage Month is also to honor excellency. “We honor the best,” Stringer said. And the bests are: Catherine Cudjoe, president of National Ghana Parade Council, the Senegalese Association of America, and African Communities Together. 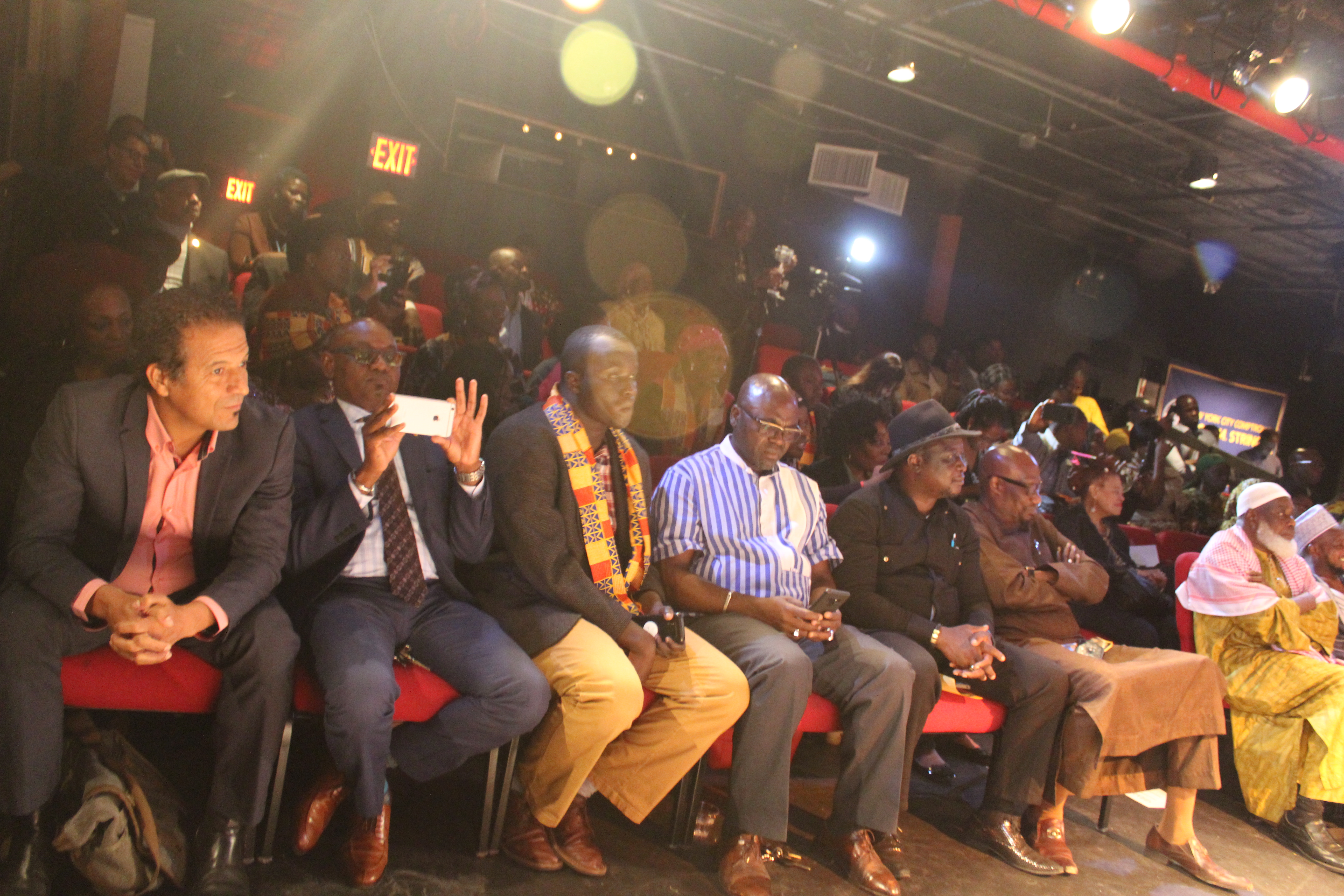 “Let’s take action, let’s forgive and forget,” Cudjoe said. “We are one Africa.”

“this is the recognition to the African continent,” said the president of the Senegalese Association of New York.

“We will continue to fight against the poverty,” said the president of African Communities Together.