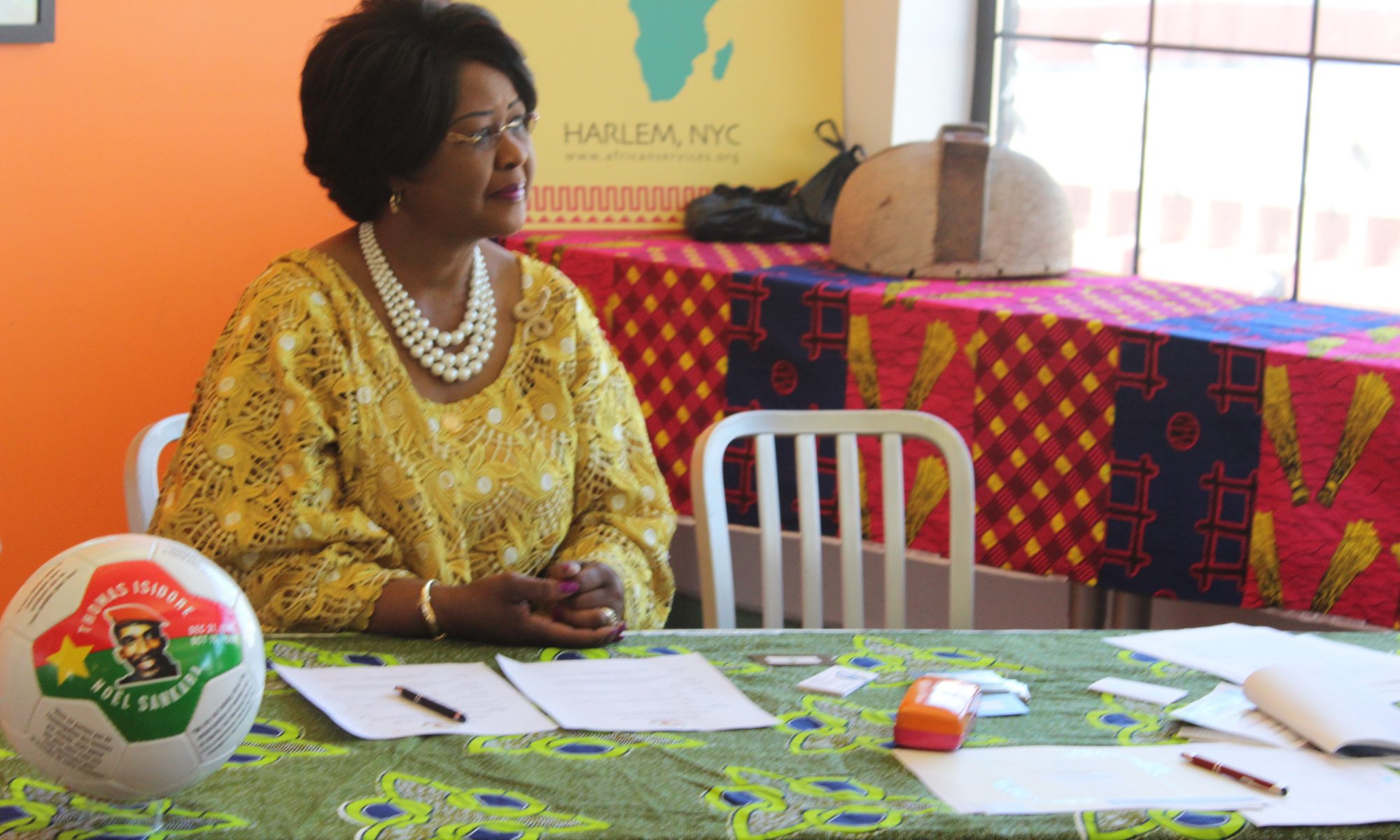 Dr. Arikana Chihombori – Quao the African Union Ambassador to the United States met on May 18, 2019 African diaspora in Harlem New York to present a panoramic view about Africa.

A sustainable development in Africa, “has to include African Diaspora,” said Dr. Arikana who also added that Israel, which is a small country is powerful because of its diaspora. “African diaspora needs to come to the table,” she said. 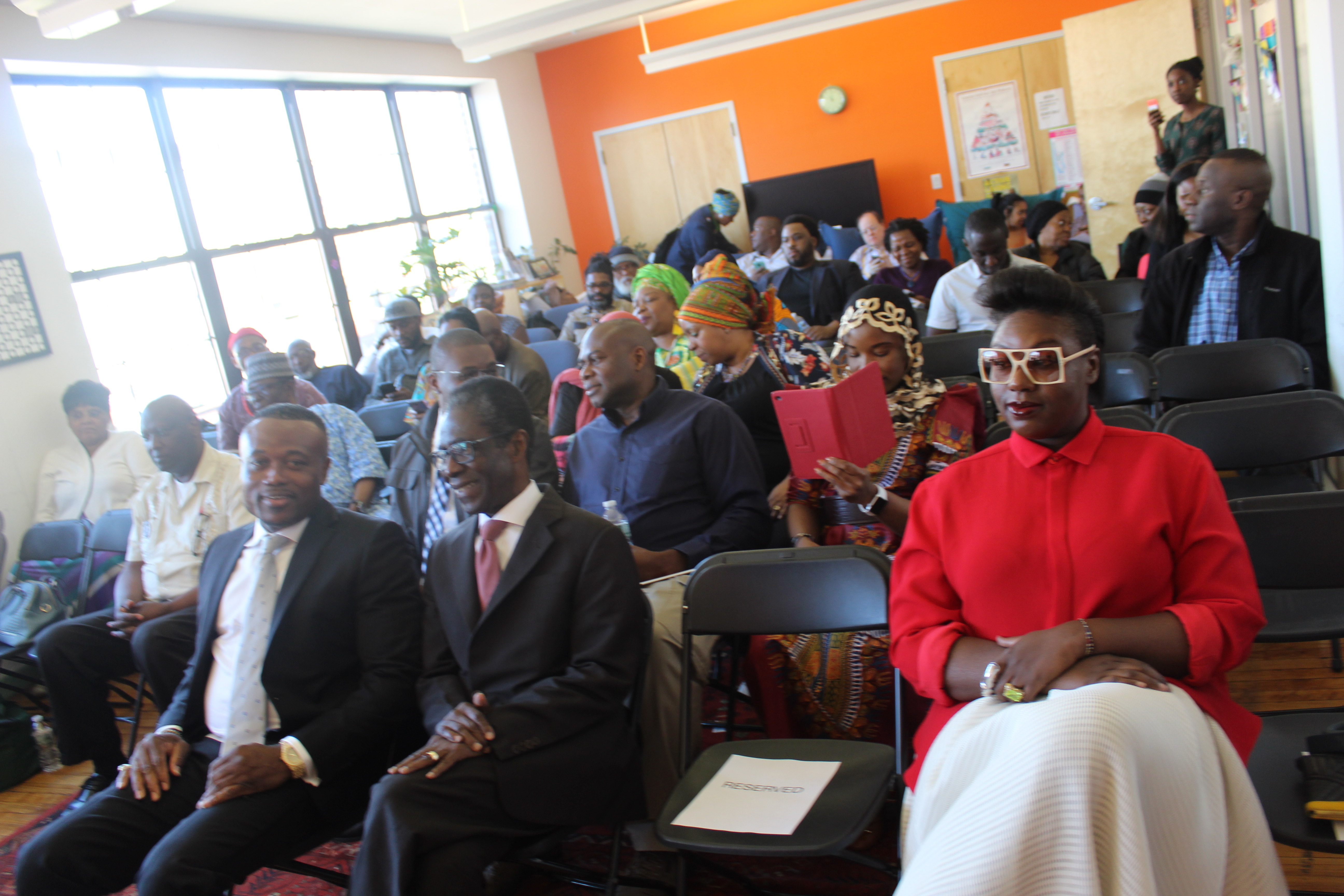 However, the African diaspora does not trust each other. “Why we don’t trust each other?” she asked. To answer that question, she said we need to go back to 1884 a date that reminds us the Berlin conference as “Africans were sleeping, the Europeans had Africa map in front of them to divide us,” she said. 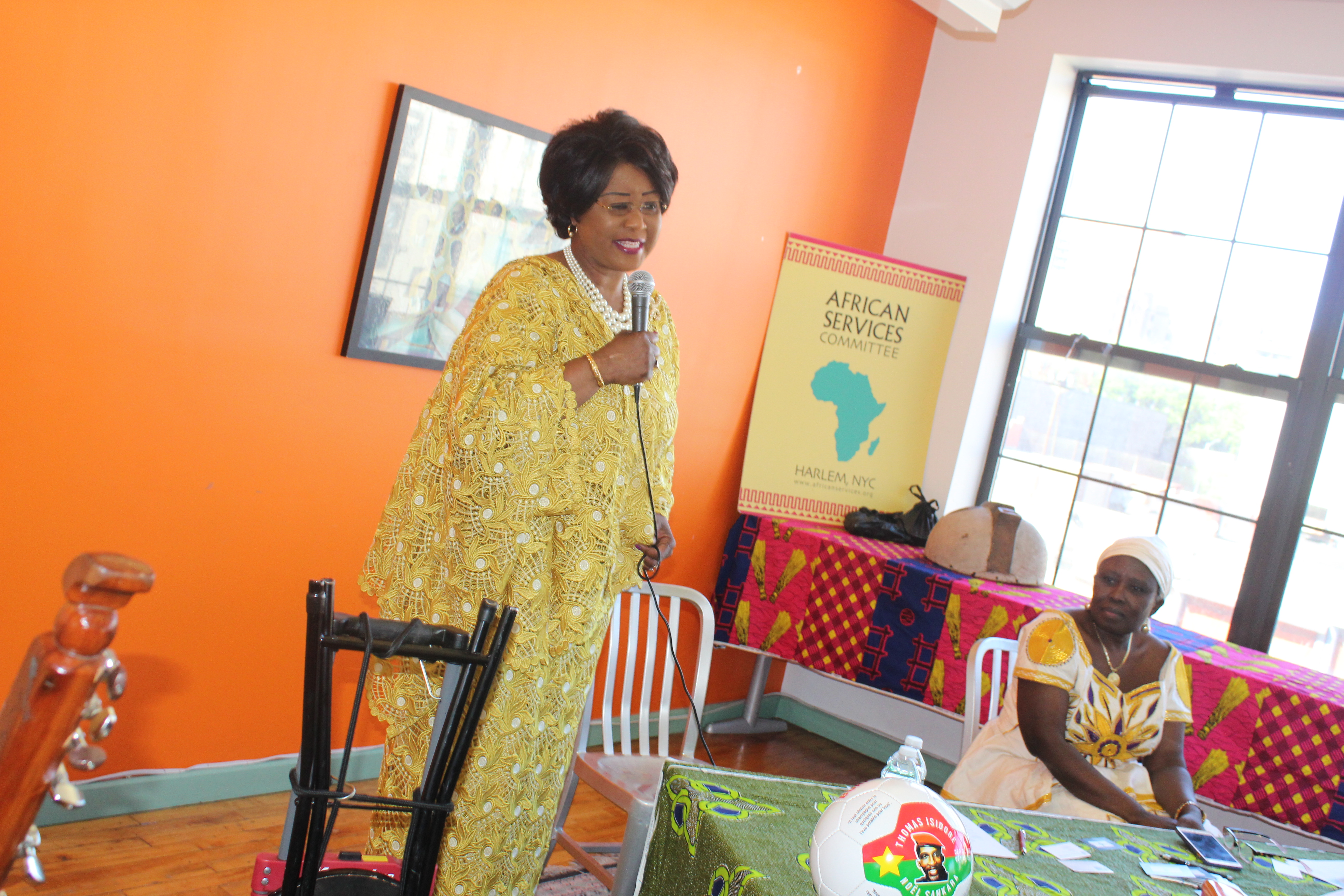 When they came “they begun to tell us that everything in Africa is bad and everything in Europe is good,” she said. We believed it, we accepted it, and it etched in our minds. Nowadays, “they don’t need to tell it to us, it was a process,” she said.

And the aftermath is vivid today. “The profound disrespect to Africans is everywhere,” she said. Even in decision – making bodies, “we go to negotiation tables inferior;” “they made policies and tell Africans.”

Before democracy, Africans leaders were not elected; they just do coups with the help of their European peers. Some people may say it was Europeans who used to do coups in African soil. “They don’t do coups now, they create instability,” said Dr. Arikana.  And we can name it: terrorism, conflicts, and wars. “We negotiate with those who create instability in Africa,” she said. 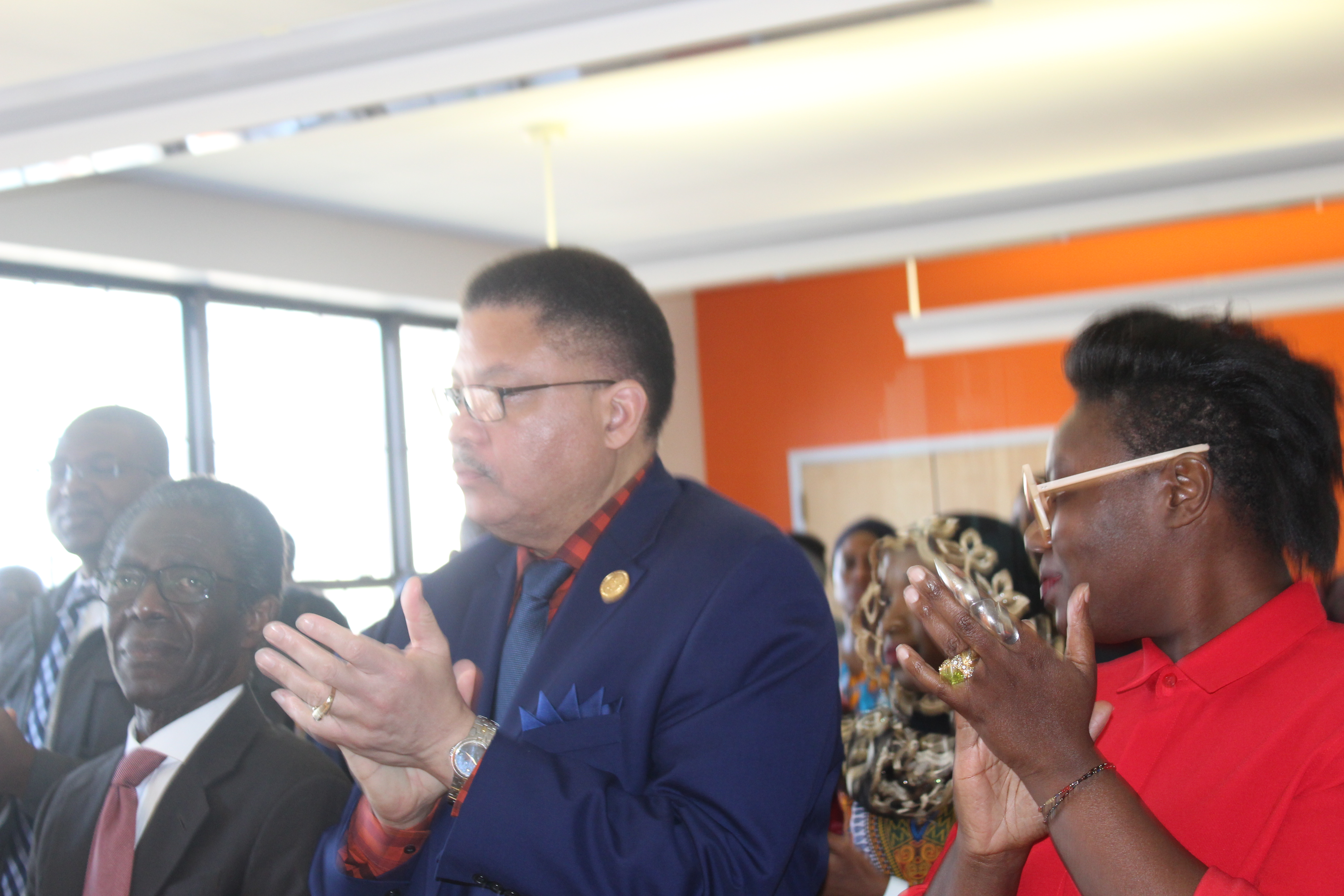 “What can we do when colonization continues as they put in place rules, laws, and treaties that still exist.” She said.  “We do not need France,” she added.

In her speech Ramatu Ahmed founder and executive director of African Life Center depicts what the diaspora or Africans think about the African Union (AU) and their governments in these terms: “When preparing for the visit of the Ambassador to New York, and sharing some thoughts with my fellow Africans, some bluntly told me they have lost interest in the African Union a long time ago. Others, most of them the younger generation don’t have an adequate understanding of the AU. Those that know AU are concerns of the level of corruption by African governments.” 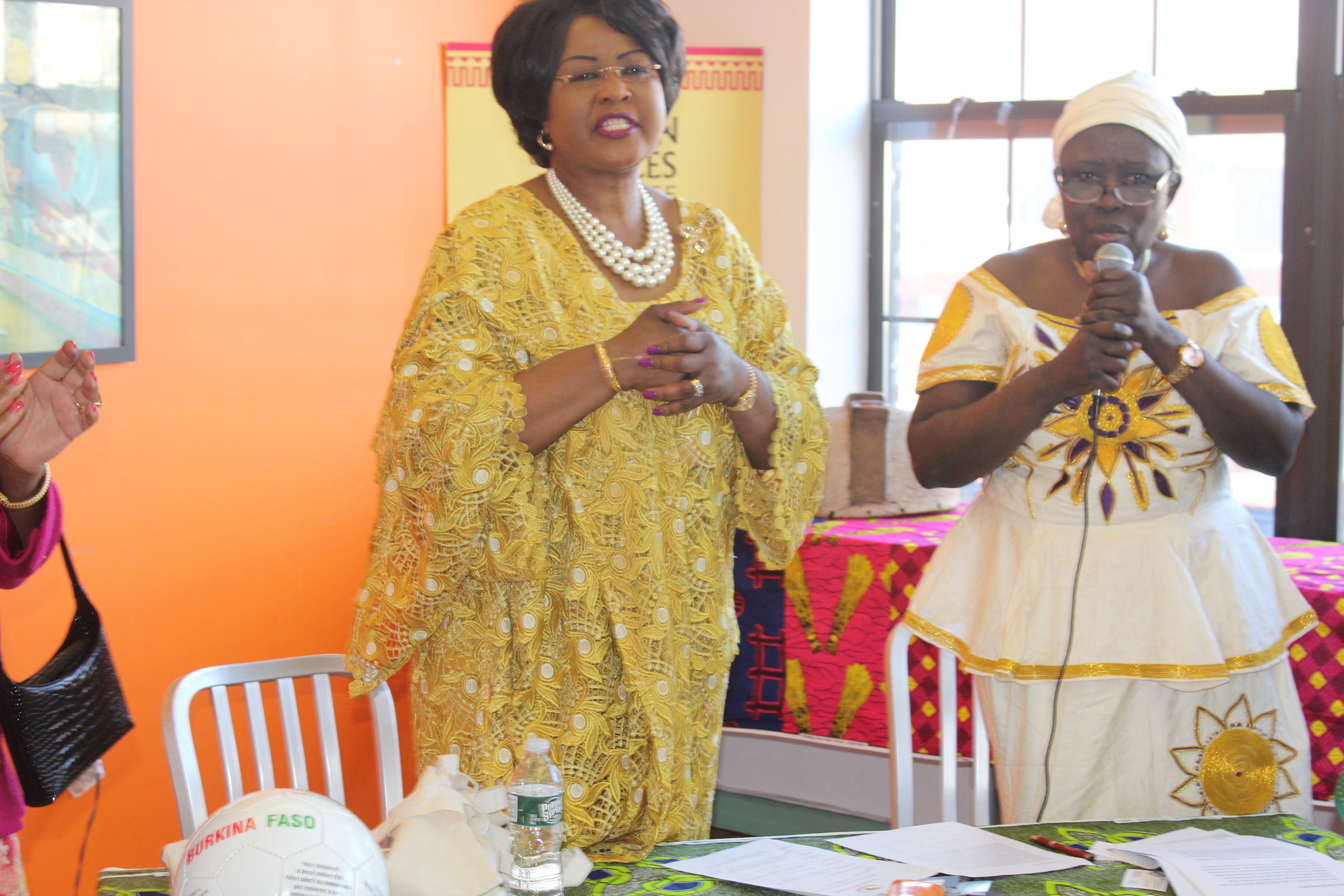 Dr. Arikana did not deny the fact that corruption alive in Africa. She also points her finger to France who according to her, is taking in Africa 3 trillion $ year in, year out.

“Do you think that one day in Africa, we will have one president, one Africa? We asked her. ” Logistically no,” she replied, adding that Africans need to focus on trade, improve the economy, and get rid of barriers. She dreams of an African Union in the image of Europe.

However, there is hope. According to Dr. Arikana, Africans have started speaking with one voice and agreements are there to be implemented soon. “The sleeping giant is risen,” she said. 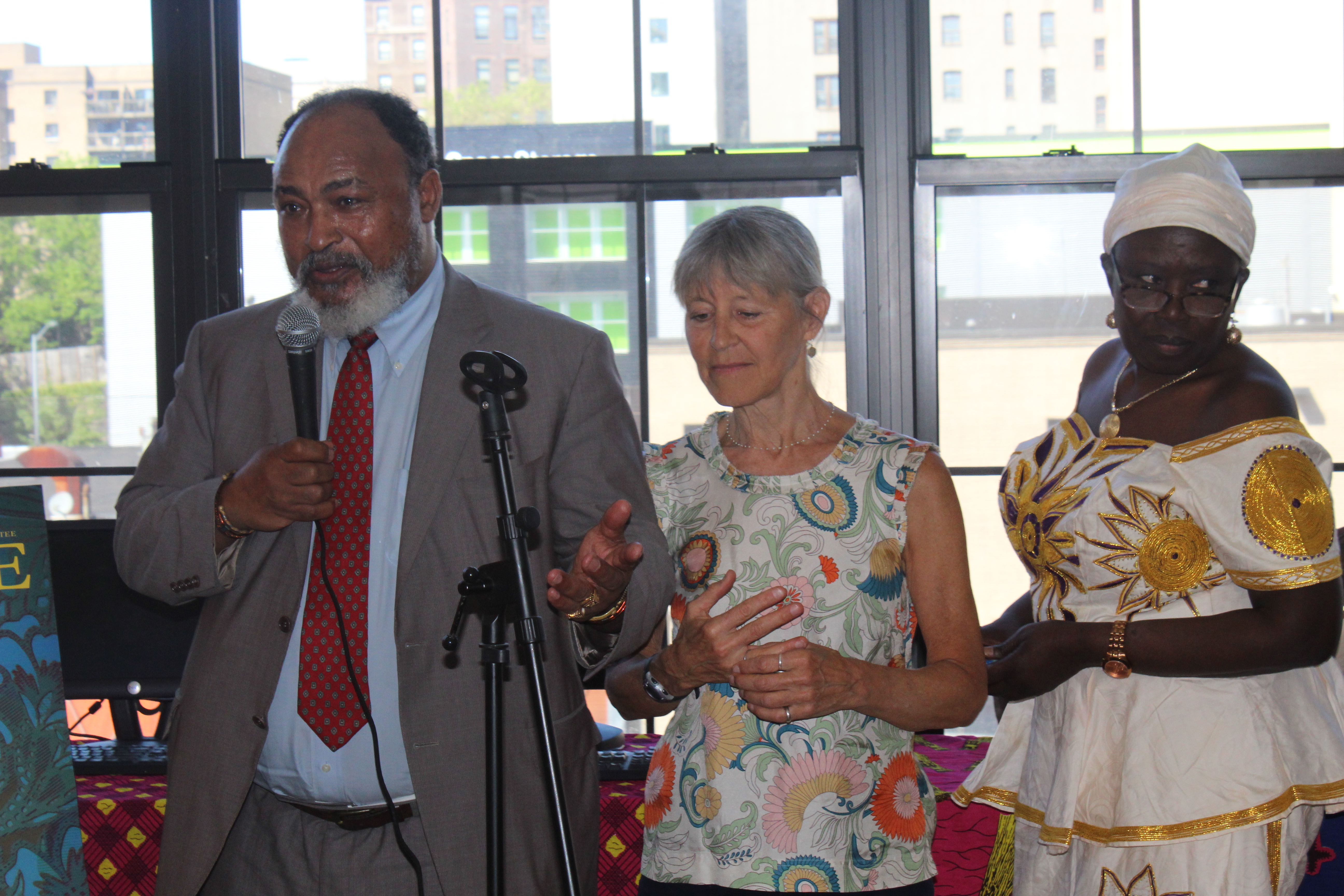 Many other people from the African Diaspora spoke during the event. Among them Mimi Plange a Ghanaian – born designer who once dressed first lady Michelle Obama, Dr. Drissa Kone a professor who teaches conflict resolution, Asfaha Hadera and Kim Nichols both co – executive director of African Services Committee.