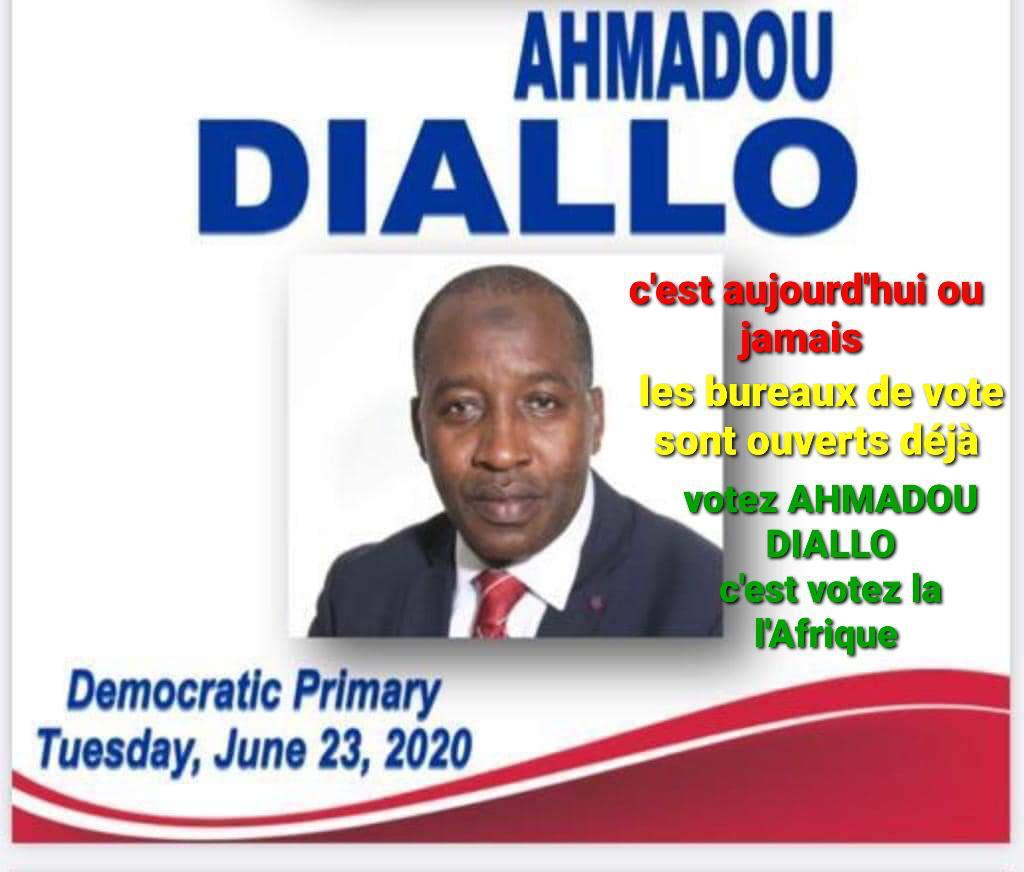 The primary elections held on June 23, 2020 in New York has triggered a controversy within African community in the Bronx as some candidates who have campaigned did not have  their name on the New York State Board of Elections list.

Ahmadou Diallo was candidate as Democratic  male leader for district 79 in the Bronx although his name was missing on the list.

Several people were confused and angered that Mr. Ahmadou who campaigned, raised funds  and made flyers that bore his name had not his name on  New York State Board of Elections list . They allegedly said that was a scam. “ I gave him $100,” said a man who was furious about the situation.

We have reached out to Mr. Ahmadou to solve the puzzle. “My name was on the paper ballot 54 & 51 and tell the complainant to contact us to request for the contribution ! If they did contribute  to our campaign!” he said. When we asked to know about what district he was a candidate? He simply said: “The person who complained to you should be able to provide that to you because they were well informed before they contributed their money.” We emphasized saying that: “The issue is not about the money. What they said is that you told them you are  79’s district male leader candidate, but your name was not on the list.” And Ahmadou replied: “ That is the Board of Elections’ fault not me!!!!!” Then we asked him another question: “You mean the board of elections made a mistake?” And Ahmadou answered: “Of course my name was on the paper ballot, contact people who voted on the district.” When we asked him if we “can contact the Board of Elections too? Ahmadou said nothing.

The same day we called the New York State Board of Elections and after they transferred our call to the press department, we were not able to speak to anybody as the phone rung for several minutes and nobody was there to pick the phone up.  We immediately sent an email to the Board of Elections office in Albany. We asked the Board of Elections if it has made a mistake by not putting Ahmadou name  in the list or Ahmadou was not a candidate? We waited two days for answer.

And we decided to call again. We reached out to the press department. The man on the phone told us to email him our question. What we did with the same question we asked two days earlier. 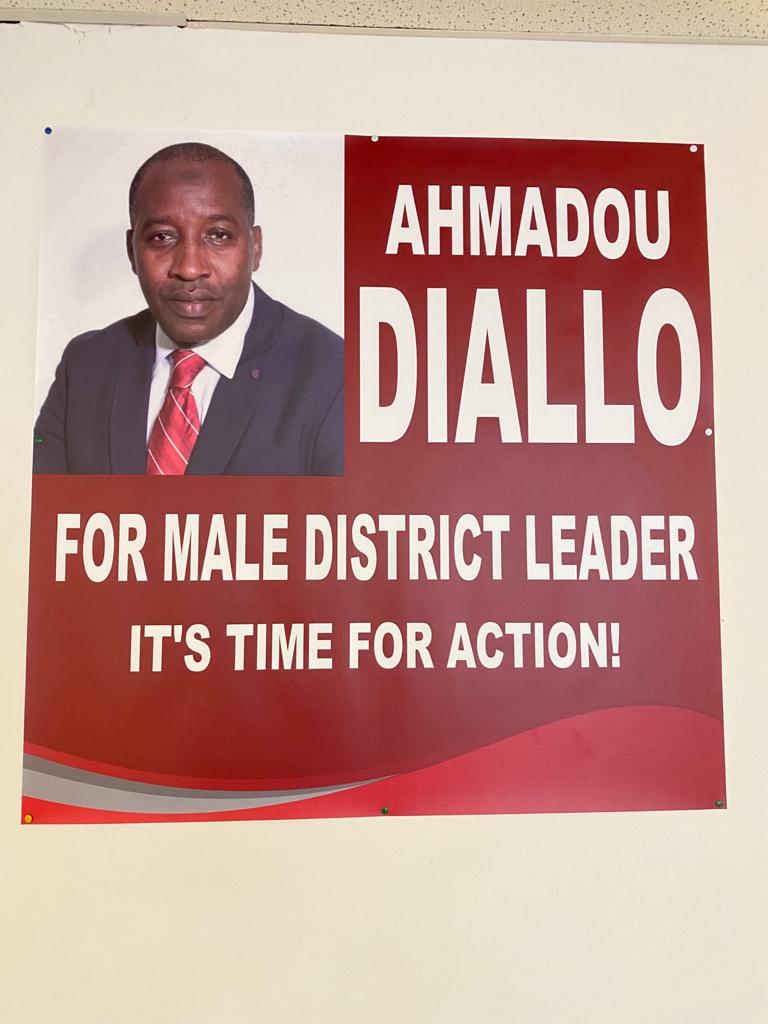 “Ahmadou Diallo’s name was removed,” said Cheick Musa Drammeh who added that another candidate called Muhammed Mujumder name was also removed from  the New York State  Board of Elections list, but he explained : “ Ahmadou name was in the printed ballot and in the voting machine,” which he said “are official.” He said Ahmadou kept campaigning although his name was removed because he has pledged to raise $10,000.

Mr. Musa has mentioned that Ahmadou Diallo and Muhammed Mujumder went to court when they have realized their name were removed. “ They came victorious,” he said. In other words, they won the case. And this was during the campaign according to Musa.

Talking about those who are complaining about giving money to Ahmadou Diallo, he said that those people  are right to question since they contributed to Ahmadou’s campaign and did not see his name. However, he has pointed out that everything Ahmadou did “was completely done in good faith.”  He said he can take the blame as “I am the one who called him, and the United African Coalition asked him to partner with Georges Alvares who was a district 79 assemblyman candidate.”  “I was at the very first meeting,” he said.

For Musa “the Board of Elections made a huge mistake.”  He added:  “Yesterday ( Tuesday June 30, 2020) Ahmadou hired a lawyer,” to clarify what is going on.

“A court decision ruling took Mr. Diallo off the ballot on May 22nd. No mistake was made by this agency,” said Valerie Diaz, Director of Communications for the New York  City Board of Elections (NYC BOE.) “ I cannot comment for the court however, he was removed. Therefore, there was NO error by the Board,” she added.