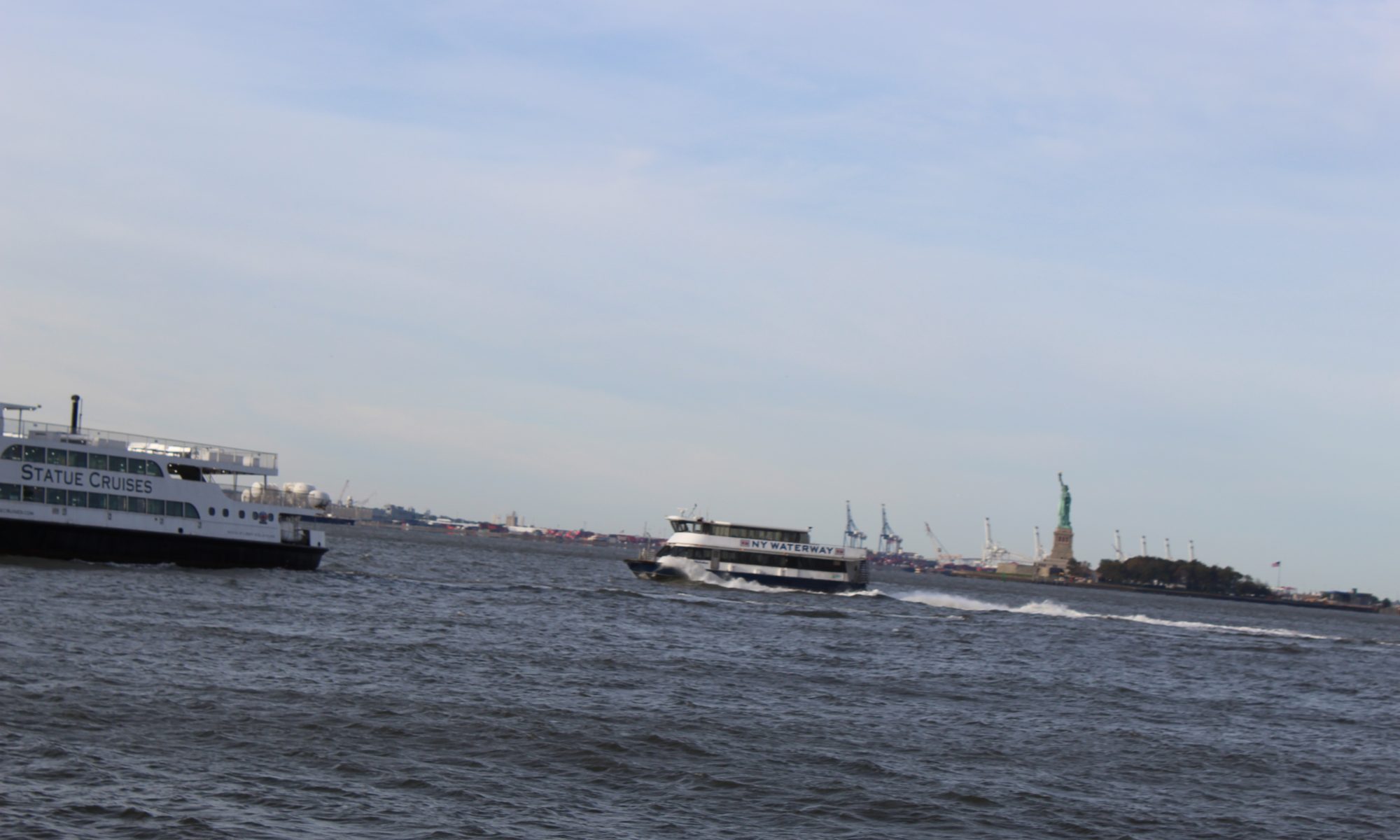 New York City’s West African immigrants have crossed borders and oceans with a dream etched in their minds. After landing in the United States of America, many of them have realized they may have to adjust their expectations. As few have achieved their dreams, many still gazes at the horizon with hope and courage as they survive hardships and overcome hurdles.

They have to go for the “Promise Land” to fulfill a dream no matter what as that Cape Verdean (West Africa) song depicts it:

“Here I am, in the middle of the ocean on my way to America.

Going to a distant land is a man’s destiny.

It is a nameless destiny that we must fulfill.” 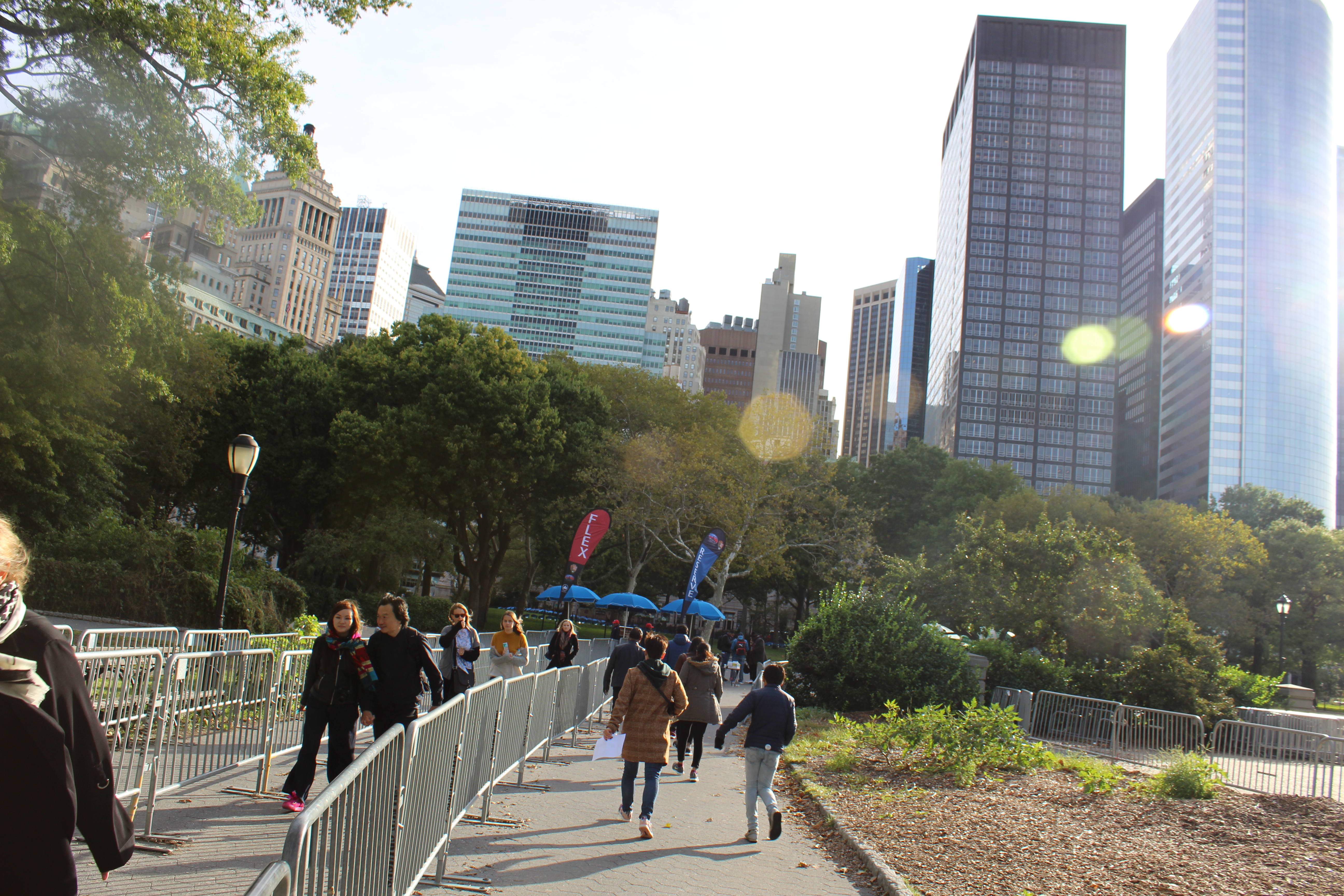 Sitting comfortably in a chair, seat belt entirely buckled, Imam Souleymane Konate opens his eyes after one hour of flying and sighs. He is optimistic that his dream to study communications in New York will come true. When the airplane finally lands on the tarmac at John F. Kennedy International Airport, Konate smiles and tells himself he will get his Ph.D. in communication studies and then go back to Cote D’Ivoire his native country.

Konate journey’s 25 years ago is one thousand West African immigrants are making today. According to U.S. Census Bureau estimates for 2008 to 2012, there are 164,000 African foreign born immigrants in New York and 80, 000 are from West Africa. They all come seeking education, or economic opportunities, or just to improve the quality of their lives.

Boukary Sawadogo is from Burkina Faso and who is currently assistant professor of cinema studies at City College of New York. Prior to that, Sawadogo taught liberal arts classes in Vermont. Before coming to the U.S, Sawadogo completed a training to be a diplomat. He was the top student in his specialization “international politics.” Instead of joining the Ministry of Foreign Affairs and Regional Cooperation as a diplomat in Burkina Faso, he decided to fly to America and enrolled himself in a doctoral program. This was his dream. When he obtained his master’s degree in 2008, and a Ph.D. in African cinema in 2012, Sawadogo’s American dream came true. “My current job as assistant professor of cinema studies has given me the opportunity to become a film scholar and documentarian, which may not have happened in my home country or at least not within a relatively short timeframe given the very limited higher education opportunities available to people in Africa wishing specialize in certain areas,” he said.

The path to the dream is not always an easy one as thousands West African immigrants are underemployed. Konate, who has studied journalism and communication in his country, never thought his dream of being journalist will become something else. Many African immigrants with intellectual backgrounds have found themselves doing jobs like washing dishes in restaurant, working in a store or a super market, or being a delivery boy on the street of New York City. For Konate, the American dream is based on power, and money is what it matters.

The World Bank found that “Migrants with bachelor’s degrees from … Senegal, and Sierra Leone face lower probabilities of obtaining professional jobs than other skilled jobs in the United States.” So many may see their dream evaporates, or worse, turns into a nightmare due to certain conditions. Michelle G. Knight, Rachel Roegman, and Lisa Edstrom wrote in a book entitled “My American Dream: The Interplay Between Structure and Agency in West African Immigrants, Educational Experiences in the United States” that “African immigrants may experience discrimination related to their racial and ethnic backgrounds, and their status as individuals from a continent that some Americans view as inferior.” They also conclude that these difference forces put together, can turn the American Dream into a “nightmare.” 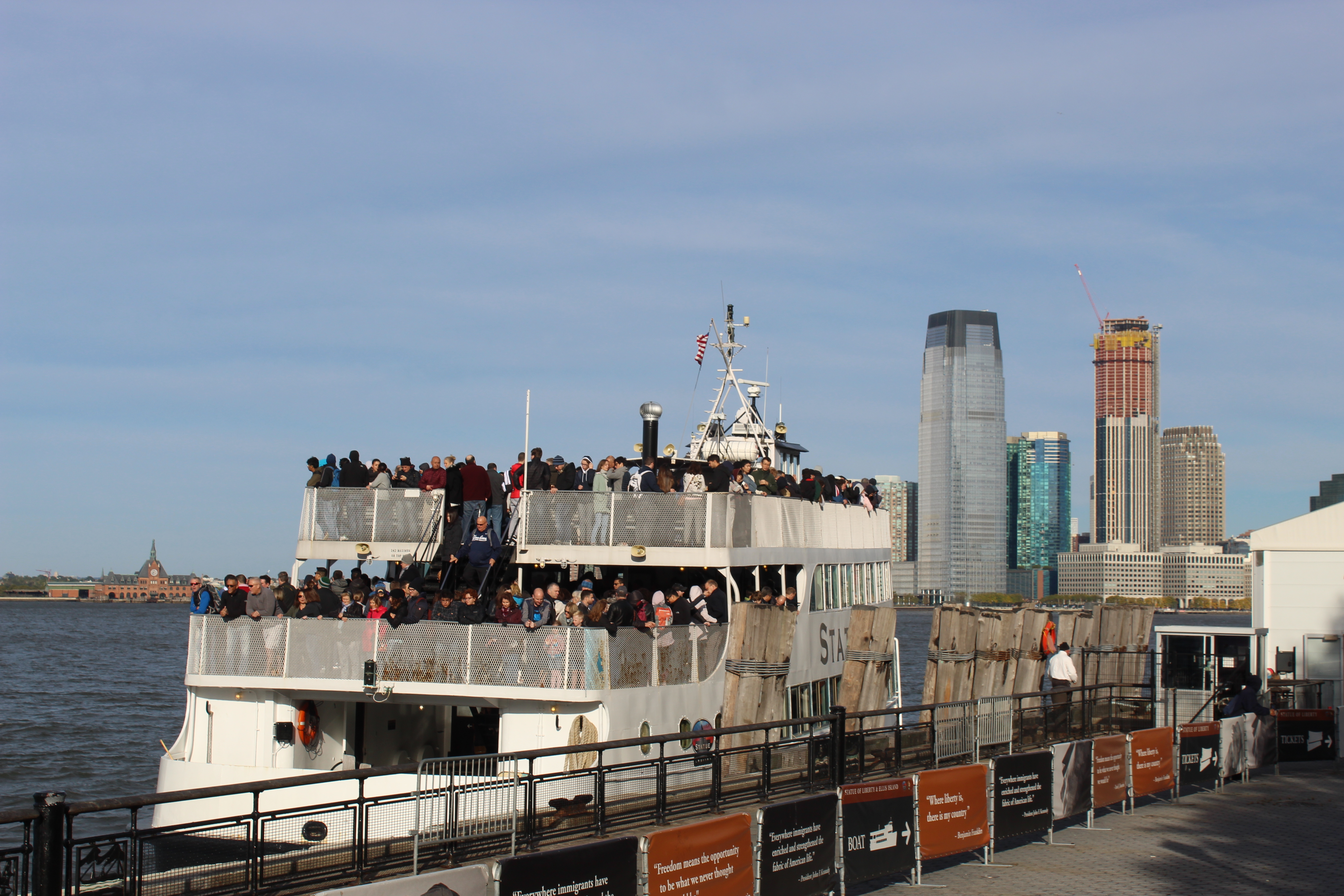 New York City’s West African immigrants are facing gentrification that forces them to move out to other boroughs. “Le Petit Senegal” or Little Senegal is a Harlem neighborhood. It includes the blocks around 116th Street, which stretch from Frederick Douglas Boulevard (8th Avenue) to Lenox avenue (6th Avenue) in Harlem. In the earlier 70s, Senegalese immigrants who left their country, landed in Harlem when the neighborhood was still a black ghetto. “You could hear Senegalese music and see women selling Senegalese food outside, you could see Senegalese restaurants everywhere, and people were coming from other boroughs to Petit Senegal to socialize,” recalls Kaka Sow the general manager of “Association des Senegalais d’Amerique.” Sow looks out a window in his office at the neighborhood: “Today with gentrification all restaurants are closed, all business is closed, gentrification came and rent went up,” he said.

Rent has gone up in Petit Senegal and its inhabitants moved to other neighborhoods in the city. Brian Benjamin, chair of Land Use for Community Board 10, says during a hearing that “Our Harlem residents cannot afford new construction and preservation housing built in Harlem.” Konate visibly upset about the gentrification phenomenon, said immigrants from Africa “clean up” Harlem and thinks developers are chasing Blacks out of Harlem. He is nostalgic for the time when a rent for a two-bedroom was only $300. Now it jumps monthly to $1,900.

Michael Adams author of “Harlem: Lost and Found, an Architectural and Social History, 1765-1915,” describes what Harlem was some decades ago: “I have lived in Harlem for half my life — 30 years. I have seen it in all its complexities: a cultural nexus of black America, the landing place for Senegalese immigrants …, a home for people fleeing oppression and seeking opportunity.”

The African’s American dream is also about family. Sow now 49, was a journalist at “Senegalese Press Group” and has also worked as freelance correspondent for “Voice of America” and for “Agence France Presse.” To him, the American dream is about priorities. He has been in New York for 13 years. Being a journalist is no longer his priority. “I have my family here, I support myself, a dream cannot be bigger than that,” he said. 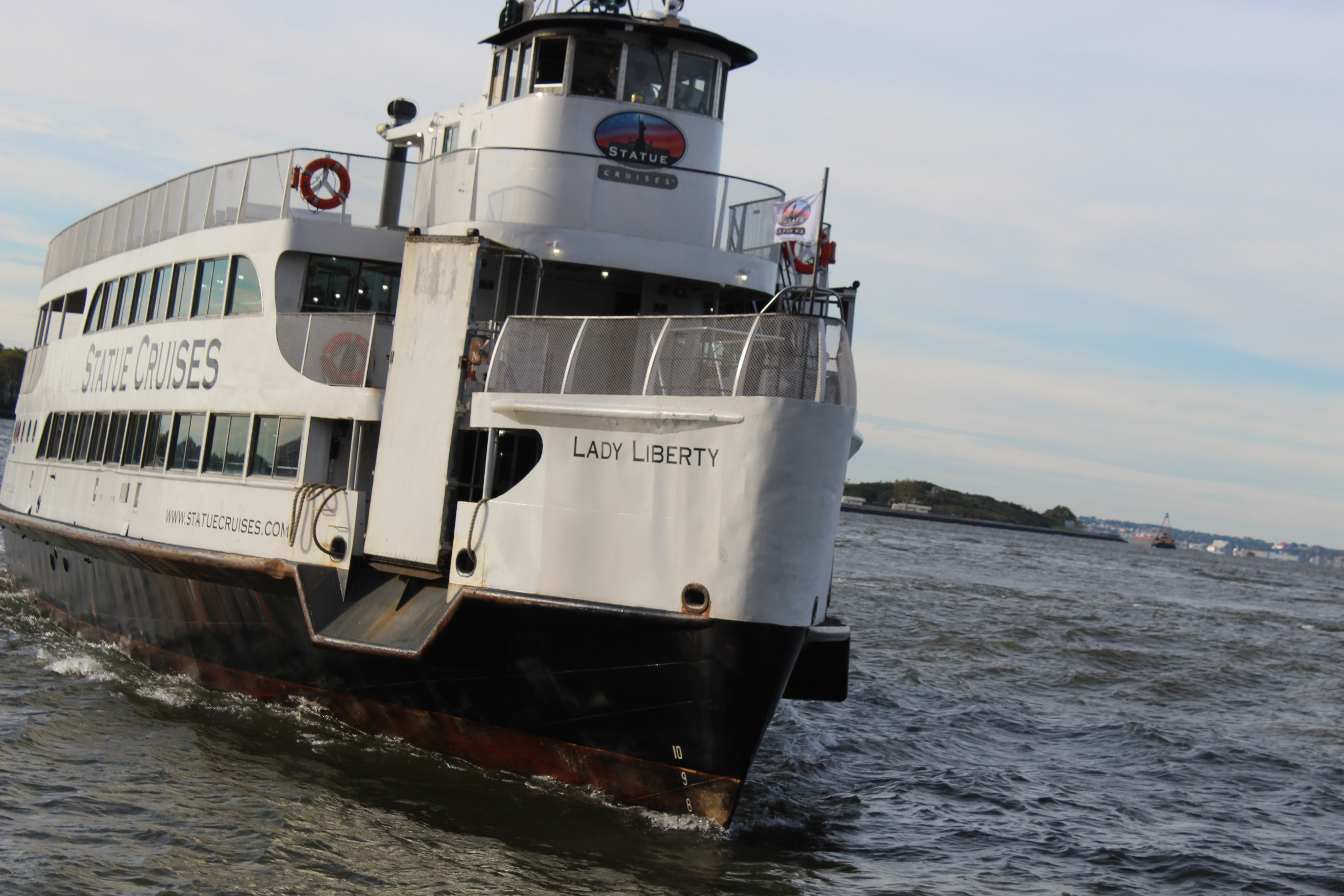 Sow reunited with his family and living a harmonious life, but some African immigrants have broken families because the number of divorces is growing in New York. T. Y is an African immigrant. He is still speechless about the attitude of his wife who has filed for divorce after 30 years of marriage. They have been living in New York for five years. “This is not what American dream is about,” he said tearfully. Magnan Fofana, the founder of “Bal Des Anciens,” a nonprofit organization, whose mission is to raise funds to assist disadvantaged children in Cote D’Ivoire says divorce in African families in New York is very complex. She says the problem may be that immigrants have tough time fitting into this society, which is different. Imam Konate believes America has given all the power to women. Sitting in the Aqsa Salam Mosque on 115th Street and Madison Avenue in Harlem, Konate had a long rosary hung on his neck. He wore a gray cap and a long dress as he watched several Muslims pray on a large stretched of red carpet. “God said men are protectors,” he said. “How can they be protectors when they do not have the power, the economic power?” Susan L. Brown and I. Fen Lin in in an essay explained one of the reasons why there are divorces in America in these terms: The “rising female labor force participation is also conducive to divorce in that women have the economic autonomy (e.g., employment, retirement benefits) to support themselves outside of marriage.” This is also true for West African women who have seen the improvement of their economy, the opposite back to their different countries in Africa where they used to rely on their husband for their need.

The future of their children is a challenge because collective responsibility of childcare in West Africa disappears and the education system in America takes over. In Africa for example, educating a child is the responsibility of the whole family and any member of the family can punish a child when he does something wrong. In New York for instance, parents are afraid of their kids as they fear that their children will call 911 if they put pressure on them. “Teachers teach them at school to call 911 if their parents did something wrong to them,” says Ms. Fofana. “The aftermaths are real: some children are skipping school, some others are addicted to alcohol, or drugs, or may commit crimes.” While Brown and Lin talk about economic pressure that rob parents time with their own children, Imam Konate attributes it to divorce as he said that children have been raised by mothers and grandmothers who alone cannot deal with them.

The American dream may evolve for West African immigrants. Iman Konate is now 61 years – old-. He did not obtain his Ph.D. in communication studies. He did not return to his native country of Cote D’Ivoire. He has embraced a new dream in New York. Becoming imam after a pilgrimage in the holy land of Islam, he is the leader of the Aqsa Salam Mosque in Harlem. His eldest daughter, 17, is in high school and dreams of becoming a surgeon. Imam Konate says his American dream will be complete when his “daughter finishes college.”