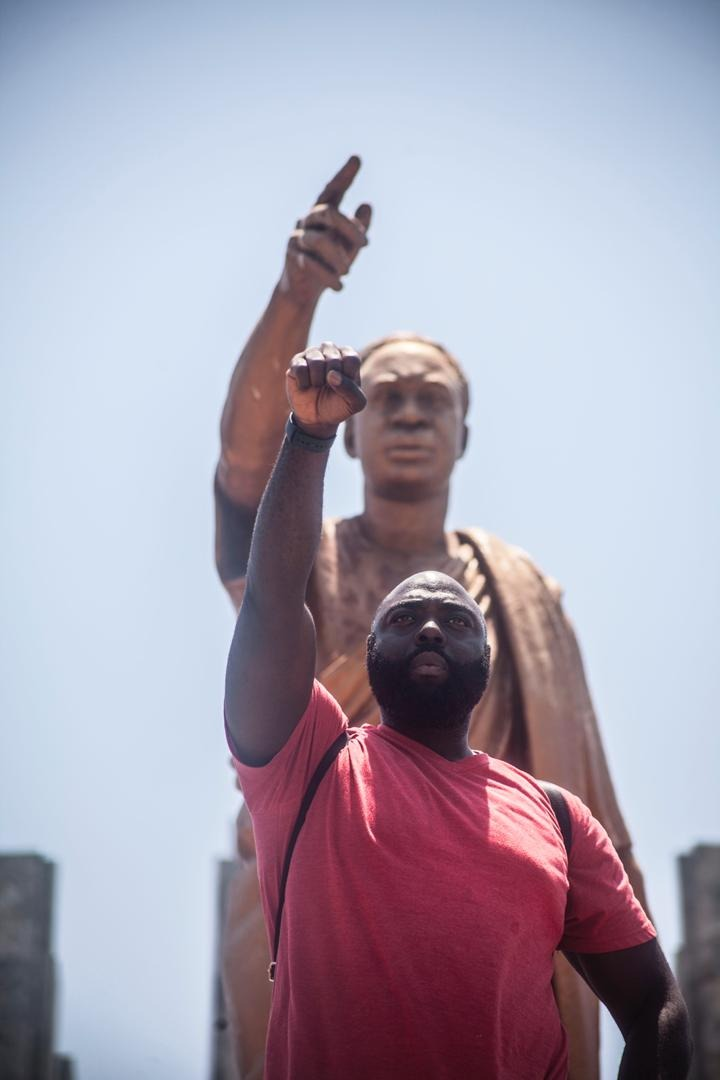 Hundreds of  U.S. citizens  got stuck in Ghana ( West Africa) due to coronavirus after the  President Nana Akufo-Addo  has closed on Mars 13, 2020  Ghana’s  borders,  and are asking  Trump’s administration to bring them back home.

Nova Felder from New York and others stranded in Ghana  cannot fly back to U.S. as airports have closed their doors for international travelers. As the majority of them  say they are forgotten and neglected ones, Rashad McCrorey thinks Ghana looks good.

“ A majority of people are Black,” said Mr. Felder a  former teacher from Queens. “We deserve the same treatment,” said  Mr. Felder who is a social entrepreneur and owner of “The Afrika Is The Future Investment Group,” which is focused on communities and their collective future.

According to the United States Department of State’s website  and as  of June 10, 2020  the U.S. embassy in Ghana  has organized  7 Government-chartered repatriation flights  and 1,651 U.S. citizens and Legal Permanent Residents has been brought home. Mr. Fleder said, “this is not enough,” compare to 45 repatriation from India, 60 from the Dominican Republic and 99 from Honduras.  He also added that “7 flights” mentioned on the website are  inaccurate information.

“There were only 2 flights not seven that could be considered repatriation flights,”  said Mr. Fleder who is also known as Nkusa Henne ( King of development and education.)  ” I am advocating for the people that can’t and that have no voice.” He added.

He has since sent emails  to State Department, Congress as well as  several elected officials to inform and ask them to intervene. “We are demanding the United States State Department and U.S. Embassy in Accra, to organize several flights a week until the majority of us get back to the United States,” said Mr. Felder for whom the seven flights were sold out so fast and people missed those flights because they came so far.

For Mr. Felder, many of those who got stuck in Ghana for several months now are struggling financially as bills in both sides are keeping coming. “ We cannot afford further hotel fees and barely have enough money for our dietary needs,” he said. Besides those expenses, he has also indicated that many of them are facing evictions from their apartments and foreclosures on their homes back in the U.S. He also added that many others have lost their jobs and cannot apply for employment benefice from abroad. “Give them the possibility to apply even in Ghana,” he said.

If the U.S government does not respond quickly to their complaints the only hope the group has is to wait for the borders to be opened. “ If the borders are opened, we have a round – trip to come back,” Mr. Felder said.

Mr. Felder and other U.S. citizens  who are stranding in Ghana have hired  a lawyer to put a little bit pressure on the U.S. government. “Our goal is to bring people home before January,” said Pierre Gooding who is representing Mr. Felder and his group. He said he has filed two claims of negligence and equal protection. “ Individual said they become unsafe,” he added.

Rashad McCrorey is also stuck in Ghana but has his own story. “ I would have said I was stuck in March but I soon  realized I wanted to stay in Ghana. I am currently in Ghana by choice,” said Rashad who has been in Ghana since Feb. 27.  Rashad  owns Africa Cross – Culture, a tour company that specializes in trips to Egypt, Ghana, Kenya, Nigeria, and Rwanda. Born and raised in Harlem, Rashad  said he advocates for those who want to get back to U.S. “ I am happy in Ghana,” he said.

Robert Jackson is a friend of Mr. Felder. He has also contacted elected  officials in New York including U.S Senator Chuck Schumer who said the State Department and this administration has been anti – immigration …”  Mr. Jackson said  the  government needs to arrange a chartered flight to bring people home and adding that “ I am fighting for everybody.”