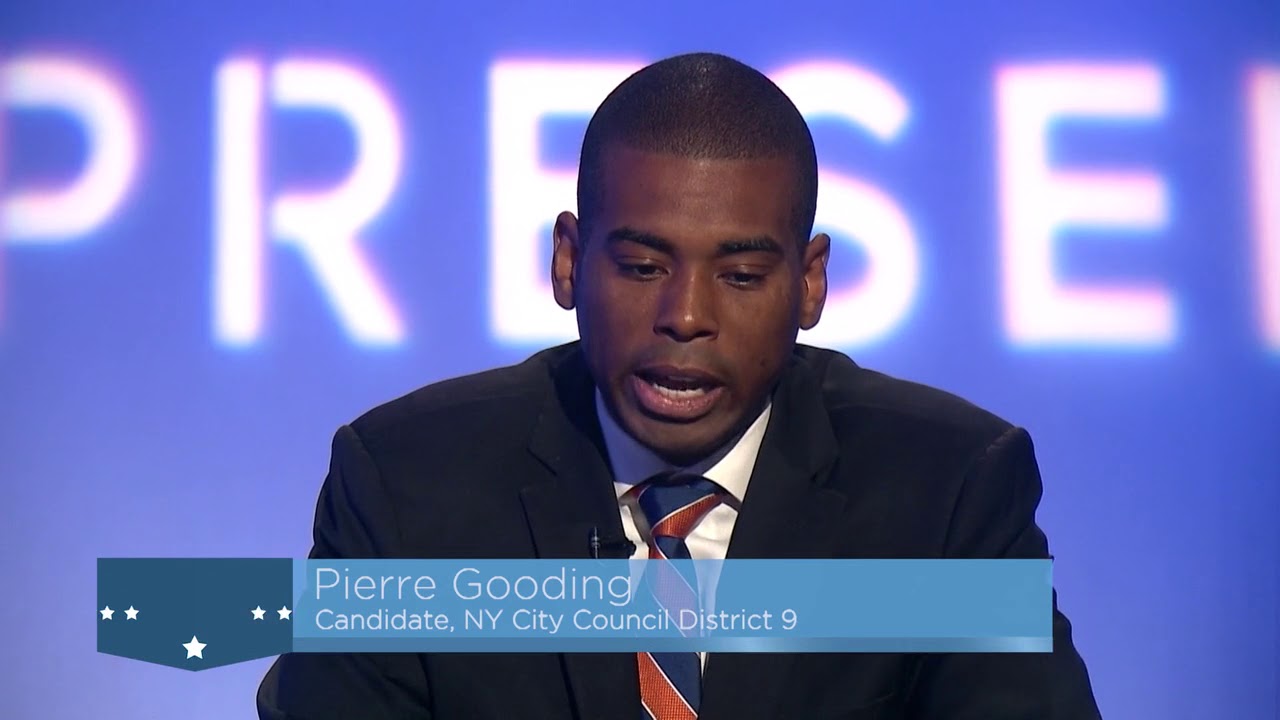 Pierre Gooding is running for the second time for City Council in District 9, Harlem. Born and raised in Harlem, Mr. Gooding who is  an attorney, a teacher, and a politician, thinks Harlem his neighborhood still struggles in several ways and one of that issue is called injustice. Defender of the window and the orphan, Mr. Gooding wanted to take the fight beyond to help  his community in a macro level. African Journal met him for you.

African Journal (AJ):  Can you introduce yourself in a few words?

Pierre Gooding ( PG): My name is Pierre Gooding and I am an attorney, Deacon and former teacher taking my second run for City Council in District 9, Harlem.  I was born in the Grant Houses and am proud to advocate for my community.

AJ: You describe yourselves as a teacher, attorney, and politician. What will be your choice  If you have to choose between the three?

PG : Ultimately, I have chosen a life in politics to help my community on a macro level.  From 2006 to 2008 I taught 6th and 8th grade English as a Second Language at I.S. 143m Eleanor Roosevelt JHS in Washington Heights.  After seeing unacceptable working conditions for my students, I advocated and fundraiser for air conditioners at I.S.143n, and then in every classroom, which was finally passed by City Council in 2017, 7 years after I started the process for my former school.

Likewise, I have used my legal skills to lock up a Republican State Senate Candidate who stated he was going to send fried chicken, kool aid and watermelons to Harlem and scamming the public on Craigslist.  Jon Girodes was running in Harlem against Bill Perkins in 2016 and received 5% of the vote from Rikers. Recently I brought home 800 American-Ghanaians marooned in Ghana due to closed borders and am helping a Harlemite who has had soot and mold in his apartment for 15 years.  But I believe these issues need to be tackled before they begin, by creating policy at a City Council level that allocates our $90 Billion budget to prioritize affordable housing initiatives, education, community re-investment, small business support, neighborhood job creation, participatory budgeting and mental health wellness organizations and resources.  Particularly during the Covid-19 Pandemic, we have seen a need for leadership in our community which is currently lacking.  That is why I am looking forward to creating positive change at the City Council level in District 9, Harlem.

AJ:  You are running for City Council in Harlem. One of the reasons that triggers you to run is the injustice that you said is still in live for many years in Harlem. Please tell us in detail what injustice you are referring to?

PG : I was born in the Grant Houses.  When I entered the 2017 City Council election, the Grant Houses had been without heat and power for months, which is both illegal and immoral.  P.S.36 Margaret Douglas, my zoned school next to Grant is ranked 1853rd out of 2,413 schools on Schooldigger.com. These facts are completely unacceptable.  I can and will continue to help our folks on a one on one level, but we do not want these preventable absurdities to happen in the first place, and that is why we need competent leadership in Harlem. 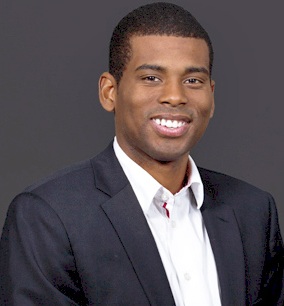 AJ: How do you want to tackle that particular issue if you get elected?

PG :  The first time a community member told me about the issue I would be working directly with NYCHA to ensure that all affected Harlemites were taken of, which is what a City Council member should be doing for her or his community.

Many laws on the books need to be changed to ensure our community is represented, such as lowering the AMI requirement for access to affordable housing from $63,000 to Harlem’s median income of $35,000 and ending the recent credit rating addition, policies that keep our community members from affording the affordable housing.  Participatory budgeting must be utilized and  encompass projects that Harlemites want, which requires being in the community on a daily basis.  I will do the things I say I am going to do, just as we have done.

AJ: Another big issue in Harlem is the gentrification. Several families have fled Harlem as they cannot afford their rents that get higher and higher. What are you going to do about it if you get elected?

PG :  This issue is personal for me, as my cousin has already left to head to North Carolina and a more affordable cost of living.  We will lower the AMI requirement and end the credit rating system add on to NYC Housing Connect to make sure thousands of additional Harlemites and millions of New Yorkers have access to affordable housing.

I saw this problem with the Lenox Terrace development, and sent our local leaders including Councilman Bill Perkins a legal letter stating the communities reservations.  The project was ultimately rejected.  This City Council position is important because she or he usually votes up or down on these types of housing projects and then that vote is followed by the rest of the City Council members.  So we must have City Councilors who are committed to not selling out our community. 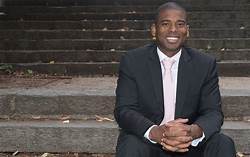 AJ: Like several neighborhoods, Harlem is also a place where gun violence is a real problem. What is the best way to combat gun violence?

PG : The Evangelist Robert Rice was on my block yesterday after a shooting at the corner store.  He made it clear that the violence must end, and I am in agreement.  We will prioritize investment in mental health professionals, resources and organizations to provide a place for our community members to turn to during these extremely difficult times when jobs have been lost and savings wiped out, family members have passed due to Covid-19, and school children have lost critical learning opportunities.  We will also use statistical analysis to stop crime before it happens, which should be a policy goal for anyone running for City Council.

AJ: Why should people vote for you rather than other candidates?

PG : I am the only attorney, Deacon and candidate from the last ballot in 2017 in this race.  But these titles only matter because of the work my team and I engage in every day in Harlem, such as helping to run two homeless shelters in Harlem and Queens overnight over the past three years, bringing home our New Yorkers and Americans marooned in Ghana, and putting criminals masquerading as leaders in jail.  Now we have candidates like Kristin Richardson Jordan coming out of nowhere talking about what they have been doing in the neighborhood “for ten years”, which is just not true.  We have to get serious if we are going to bring money, resources, and community based infrastructure to Harlem, which means electing someone with coherent policies that can pass in City Council.  I highly encourage our voters to thoroughly research each candidate in this race and separate fiction from fact.

AJ: The rate of  unemployment among African American community is higher than other communities. Some people explain that due to the fact African Americans  refuse to take odd jobs. What  to do to help them quit  this state of mind?

PG : I appreciate the question.  In 2017 I publicly stated that unemployment in Harlem and among the Black community was alarmingly high and a real problem.  I am for showing people what we are capable of by building up our community’s schools, local jobs and infrastructure.  When people see a new, thriving Harlem which celebrates our rich history with a Harlem Hall of Fame for those that we love and a Harlem Hall of Heaven for those that we have lost and jobs for our community members that have put in 30 years of sweat equity and schools that are producing the strongest students both our unemployment rate and negative perceptions will quickly recede, while our community prospers.

AJ: Do you have anything else to add?

PG : We have a $20 Billion debt overlay for the City Council budget for the years 2022 through 2025.  Any City Council Candidate must have a plan to make up this deficit so that we can fund the initiatives we speak about in platitudes on a daily basis.  I encourage Harlemites and all New Yorkers to know their candidates and rank five in order to maximize their voting power as we switch to rank choice voting in New York City.   Now is the time.  Please make your voice heard on June 22, 2021.