Just under 2000 people poured into Mozongo, panic-stricken and desperately fleeing for their lives from a refugee camp housing 800 internally displaced people in the village of Nguetchewe in Cameroon’s far north region. The area, already one of the poorest in the world, has seen a significant increase in violent incidents in recent months with around 87 terrorist attacks by the Islamic extremist group, Boko Haram.

The United Nations High Commissioner for Refugees (UNHCR) on Tuesday condemned an attack this weekend the camp for in which 17 civilians were killed and 16 others wounded, according to an official army report. In the very early hours on Sunday, “a “terrorist attack coupled with suicide bombings left 19 civilians dead — including two suicide bombers and “16 injured”, the Cameroonian defence ministry had previously announced in a statement.

Camp residents are extremely afraid and feel very unsafe, “There is a lot of fear. Really. Whoever has actually lived this experience here no longer wants to live in the village, and why is that? Because we have some defences in place, but they are very insufficient,” expressed a shaken up young man living in the area. 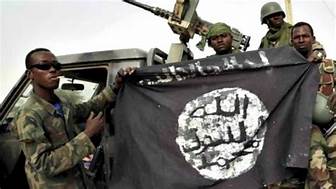 A week before the attack the Cameroon army announced they had killed five Boko Haram fighters. In Chad, the jihadists on Friday killed at least 10 civilians and kidnapped seven others in an attack on a village in the troubled Lake Chad region. In March, Chad’s armed forces suffered their biggest single-day loss, when 98 soldiers were massacred in their base at Bohoma, on the shores of Lake Chad. In response, President Idriss Deby launched an offensive from March 31 to April 3, declaring at its end that there was “not a single jihadist left” in the Lake Chad region. But sporadic violence has continued, with an attack attributed to Boko Haram on an army vehicle last month killing eight Chadian soldiers. The insurgence has prompted the formation of a four-nation anti-jihad coalition, the Multinational Joint Task Force (MNJTF), of which the Chadian army is a key component.

Northern Cameroon, which borders Nigeria, has been the target of deadly attacks by the Boko Haram jihadist group since 2013. The UN agency announced the deployment of an emergency mission to assess the protection and health needs of those affected but – understandably, inhabitants still terrified and uncertain after the jihadist attack.

A Group of Islamic Extremists

Boko Haram — literally meaning “Western education is a sin” in Hausa, the most common language in northern Nigeria, was formed in the northeastern region of the country in 2009. In 2016, the group split into two branches: the historical faction, led by Abubakar Shekau, and the Islamic State in West Africa (ISWAP), affiliated to the jihadists of the Islamic State group.

The group has regularly launched attacks over the last 6 years, staging small-scale raids aimed at stealing livestock and food. And has since spread its violence to Cameroon as well as Niger and Chad. Since then, more than 36,000 people (mainly in Nigeria) have died in its attacks, and 3 million have had to flee their homes, according to the UN.