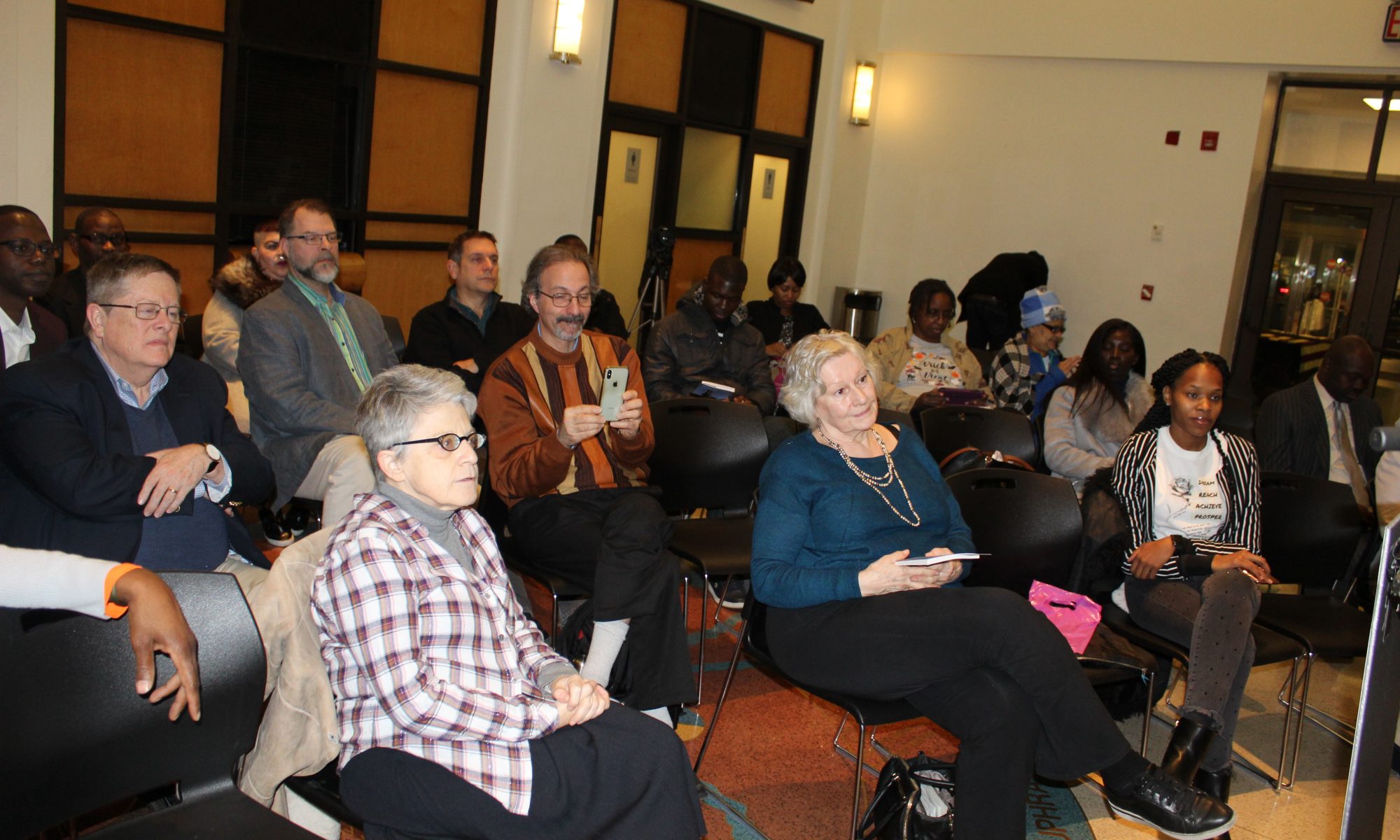 “African Film Studies: An Introduction”, the book, which is presented deeply the African cinema was launched in December 4, 2018 at Schomburg Center, in Harlem in a room that was became small as many people came to support the author, and understand better what African cinema is about.

“The book is divided into seven chapters, which are themselves organized under three main parts: history, aesthetics, and criticism of African cinema,” said Boukary Sawadogo who authors the book and who is an assistant professor of cinema studies at City University of New York (City College).

Mr. Sawadogo was praised by Dr. Jerry W. Carlson, professor and chair of Department of Media & Communication Arts, and who said he is the one the Department was looking for. He also said that Mr. Sawadogo has his full support. 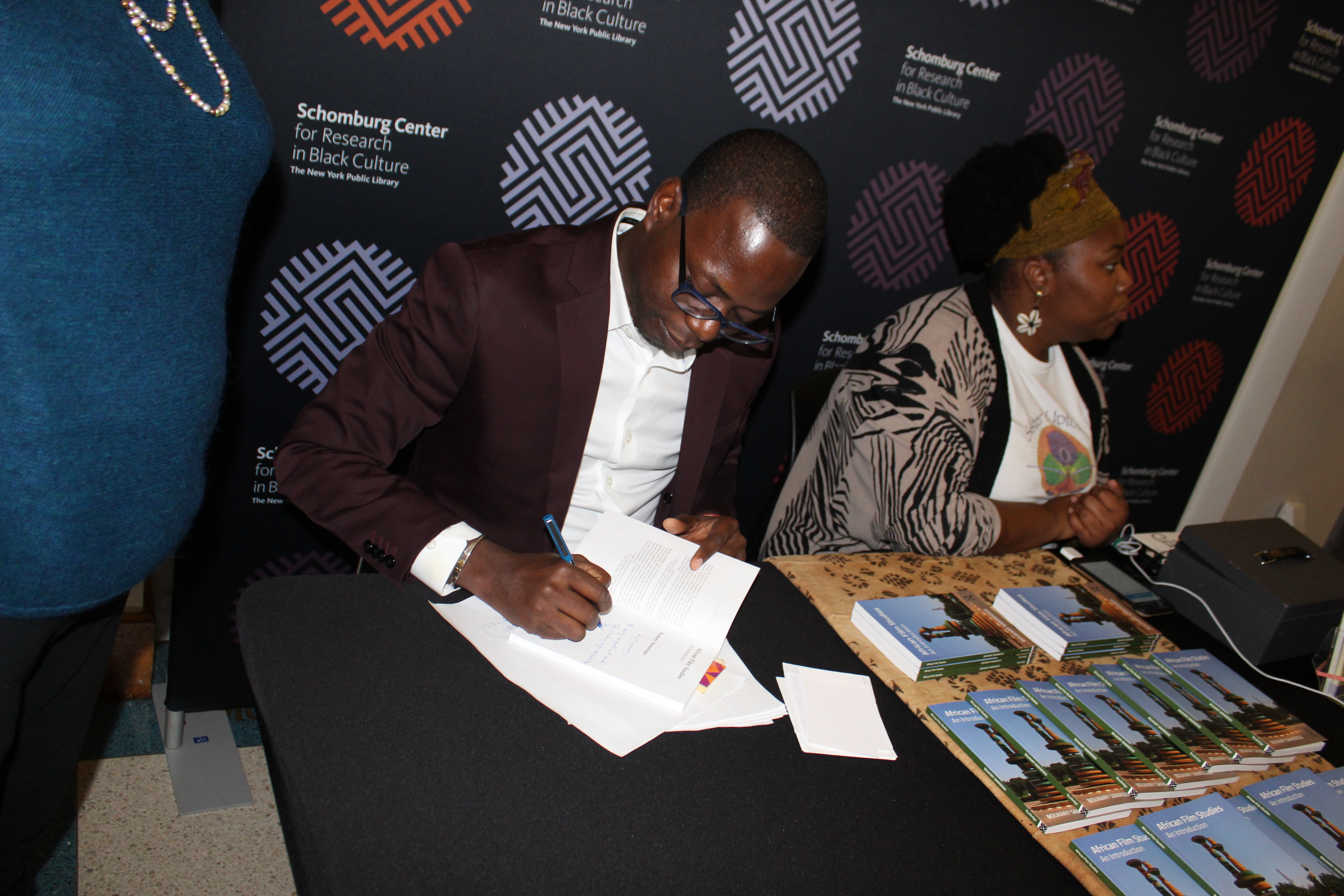 Focusing his speech on the African cinema, Mr. Sawadogo said that “the understanding and appreciation of African cinema(s) need to depart from stereotypical perceptions of Africa as a monolithic entity in order to discern its richly textured artistic expressions.”

African cinema has its particularity when it comes to talking about auteur cinema. According to Mr. Sawadogo, “auteur cinema is a practice or tradition where the director is regarded as an artist because s/he shows a unique style across productions. The director, whose artistic vision is the one viewers see on screen, is the creative force in filmmaking.” And what it is important to notice in auteur cinema in the contest of African cinema, is that “the filmmakers being the one – man orchestra, performing in the functions of producer, writer, director, editor, and publicist.”

The other specificity of African cinema is that it is rooting in orality with “the griot(e)” (a traditional singer) playing a preponderant role. “The griot (e) is a central figure in the orality tradition as s/he is known to perform several functions as educator, counselor, negotiator, entertainer, and custodian of the collective memory.” 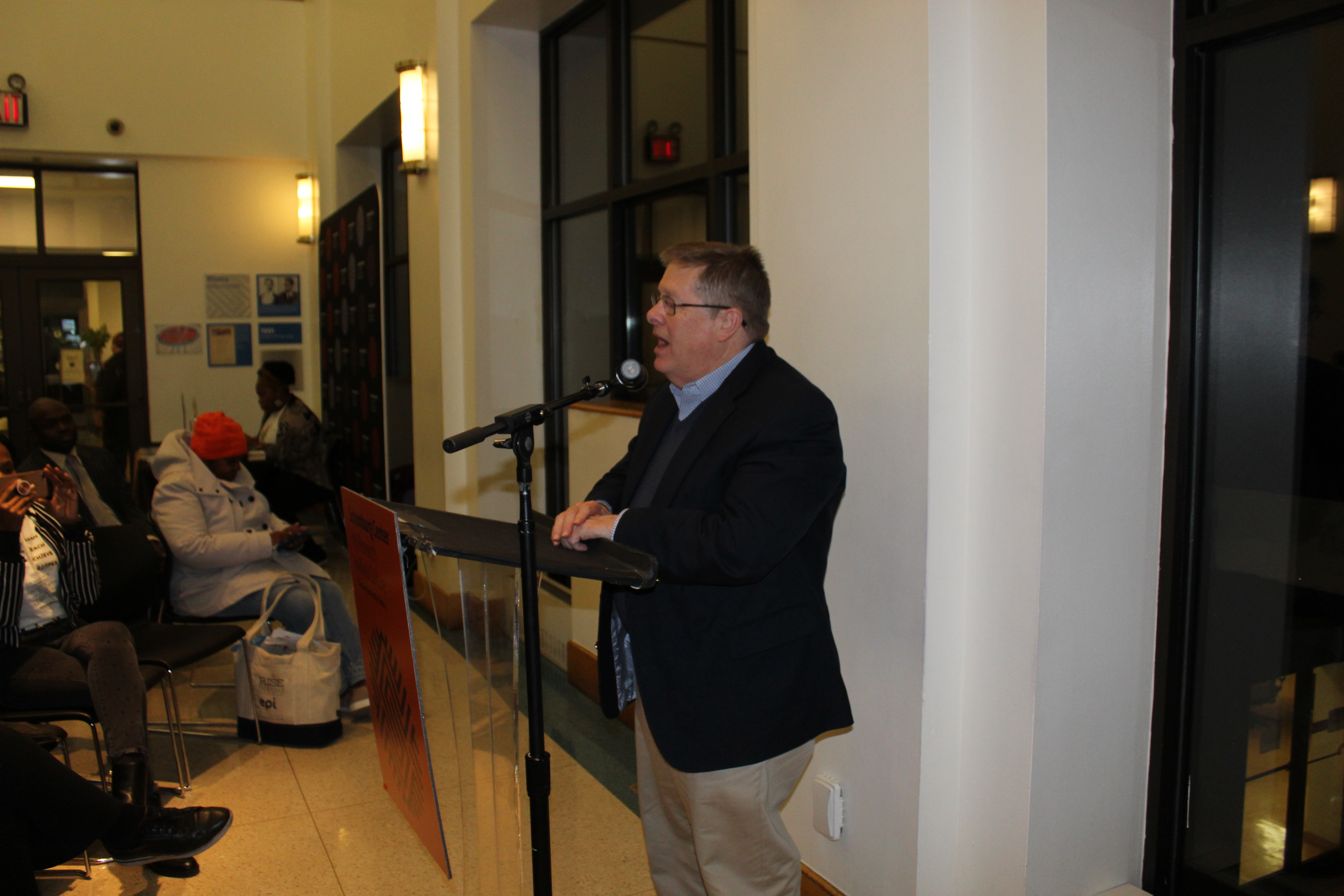 From signing a book, the ceremony became a course as Mr. Sawadogo found himself flooded with an avalanche of questions.  Many wanted to know for example about the distribution, the funding, and the modernism of the African cinema. Many others spoke to contribute to the discussion.

“I value your work,” said a young woman from South Africa. She was amazed that Mr. Sawadogo has embraced a profession many Africans would hesitated to do as the trend or the fashion that matters when it comes to study in the United States of America for Africans, is “science.” 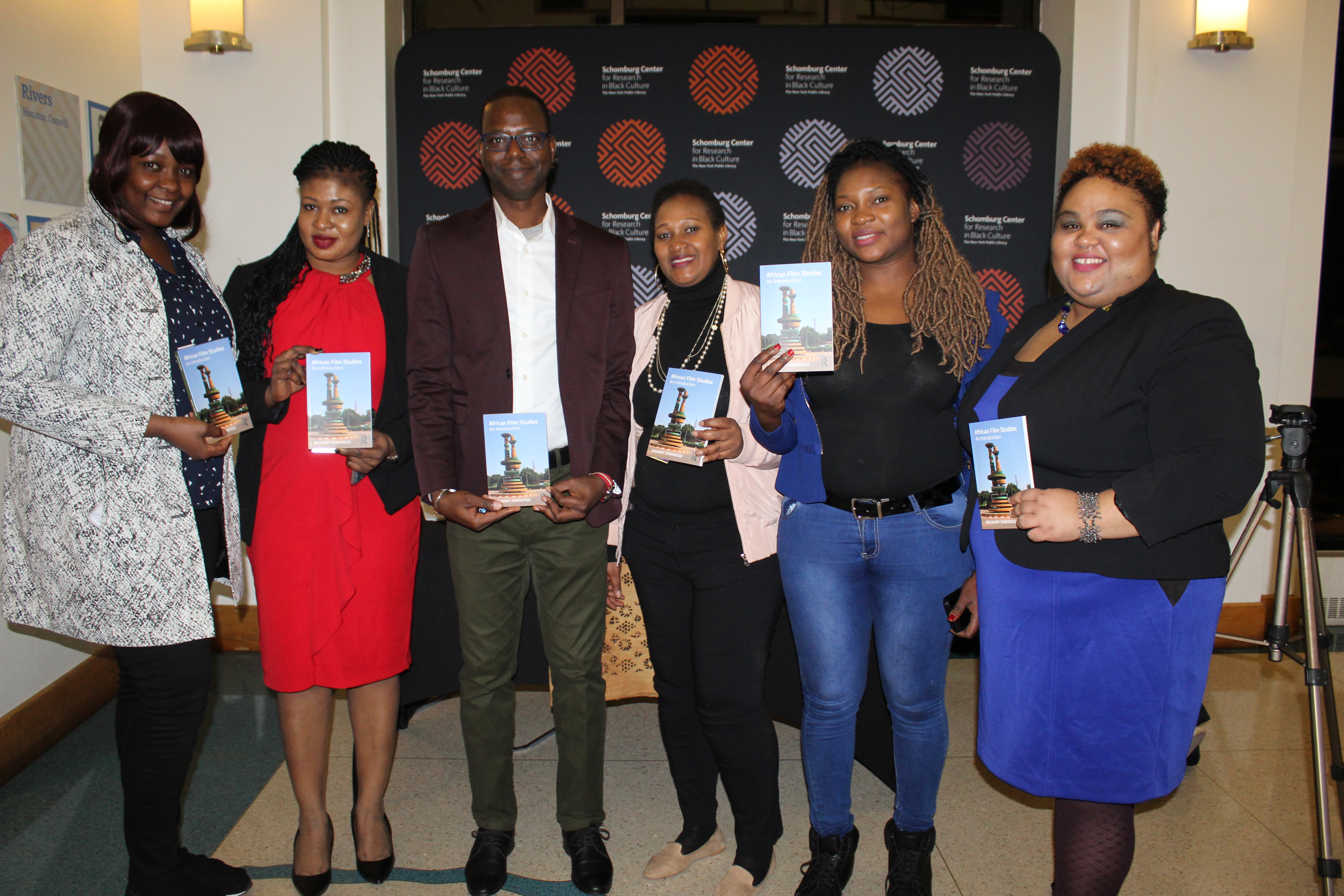 “My main objective in authoring this book, and the forthcoming one in 6 months is to contribute that visibility, and to foster the conversation on the production, distribution, and critical study of the diverse cinematic expressions of the continent,” said Mr. Sawadogo.