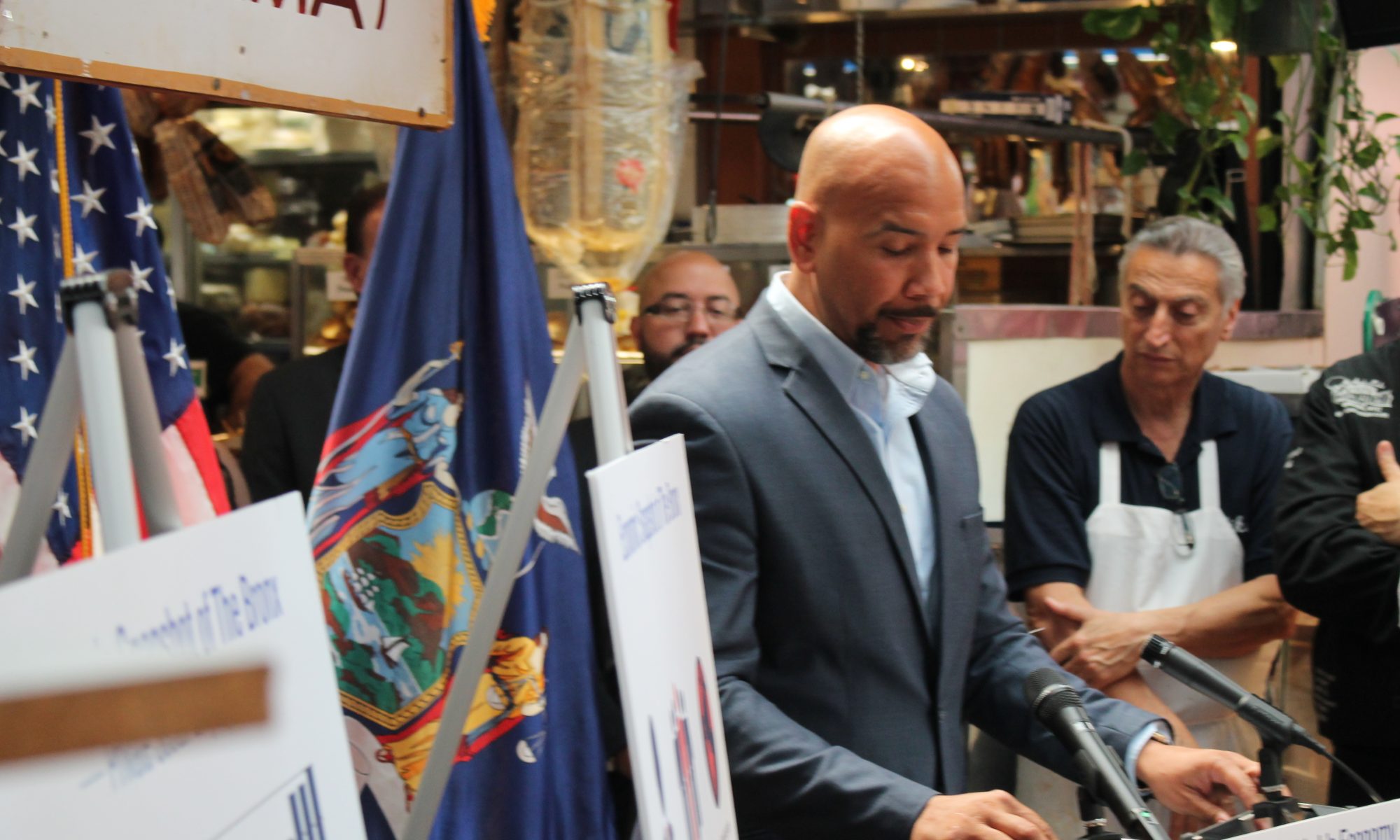 The New York State Comptroller held a press conference, which  took place in July 20, 2018 in the Bronx inside a deli to talk about the economic Snapshot of the Bronx.

“The Bronx has made great progress and has come a long way,”  Thomas P. DiNapoli  the  New York State comptroller said.

According to the report, the population of the Bronx increased by 26 percent between 1980 and 20017, reaching almost 1.5 million people, only slightly less than the record set in 1970. It also indicates that immigrants are growing presence in the Bronx. They are indeed, make up 37% of the total population. They are also a large part of the borough’s economic success, making up nearly half of the work force and 60 % of self – employed entrepreneurs.

The report also indicates that, three – quarter of all immigrants in the Bronx are from Latin America. The number rose nearly fivefold since 1980 to 412, 500 in 2016.

The number of immigrants from Africa and Asia has risen sevenfold since 1980, and together they accounted for nearly one – fifth of the immigrant population. The largest concentrations of these immigrants were from Ghana and Bangladesh.

The Hispanic or Latino represent 56 % of the population and Blacks or African Americans 29 %.

The report points out that, the Bronx was the only borough in New York City that did not lose jobs during the Great Recession.

According to the report, in 2018, the Bronx was named the least healthy county in New York for the ninth consecutive year. However, the Bronx was ranked at the bottom for quality of life and health factors, including smoking, and obesity. A 2014 report finds that Bronx had the highest asthma rates for Medicaid recipients in New York State. 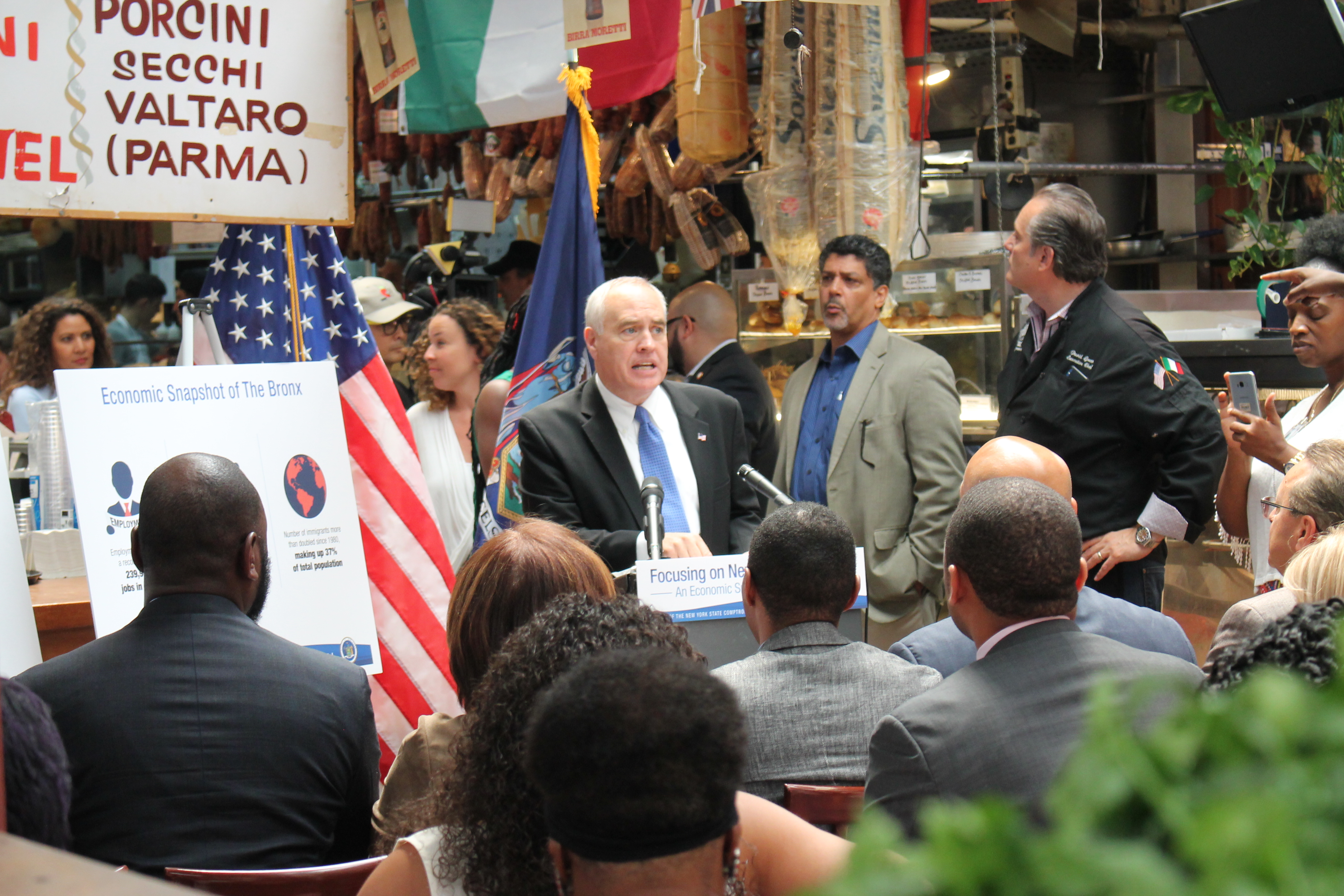 Among people who have spoken to the public was the Bronx Borough President Ruben Diaz Jr.who announced one million dollars  in capital funding for renovations to the  Arthur Avenue Retail Markets. Council Member Ritchie Torres announced  $108,000 to improve conditions at the Market.  The African Advisory Council chairman Mory Kouyate who made a short speech focused on the African’s immigrants’ contribution not only  to the Bronx’s economy but also to the New York’ s economy. “ We are the fastest growing community in the Bronx, and we are shop owners, teachers, taxi drivers, and our contributions must be factored in,” he said.