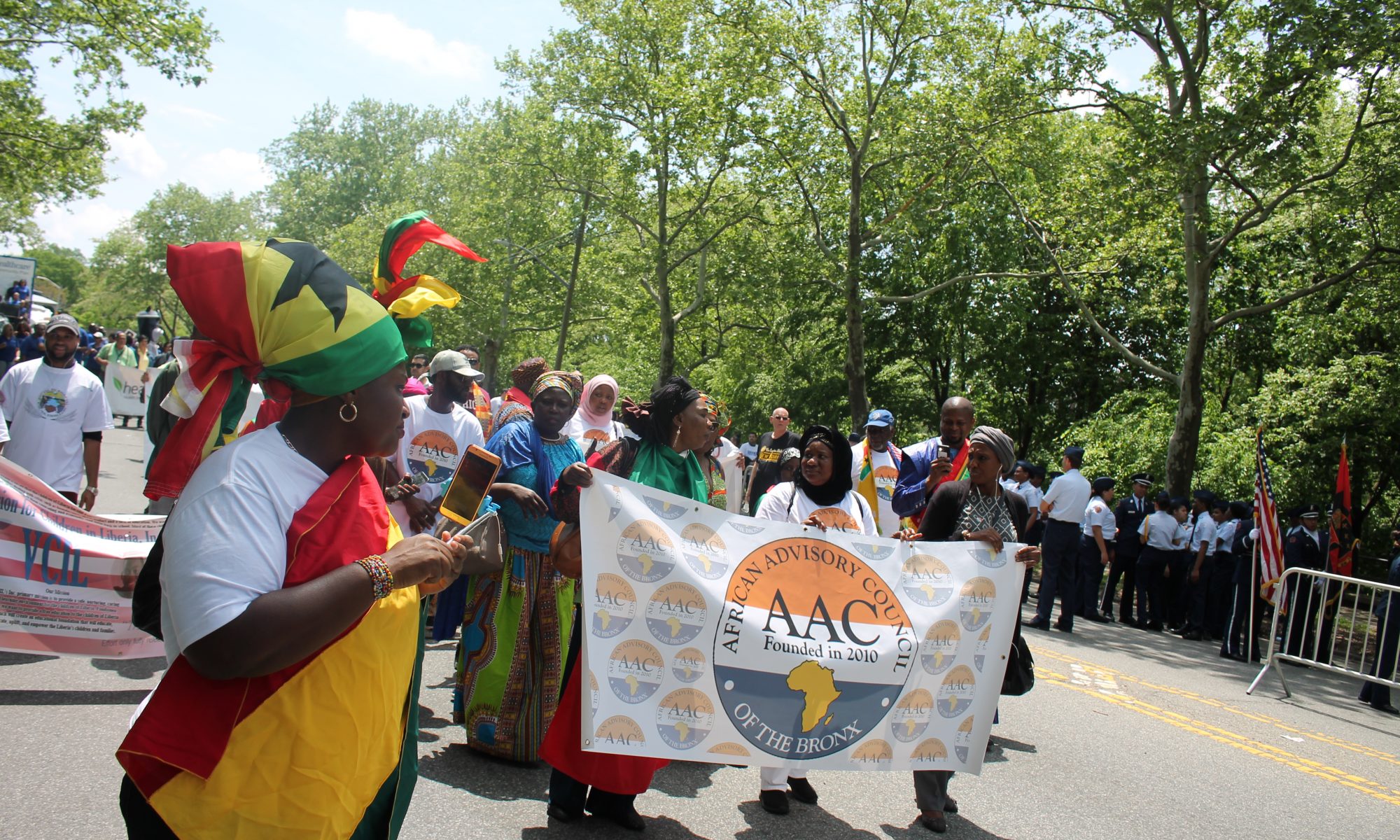 The Bronx week parade and festival hosted by the Bronx Borough President Rubén Díaz Jr. was held on Sunday May 20th in the Bronx at Mosholu Parkway and Hull Avenue. Community organizations, schools, sport teams, and civic groups have marched along Mosholu Parkway celebrating the 46th anniversary of the event. 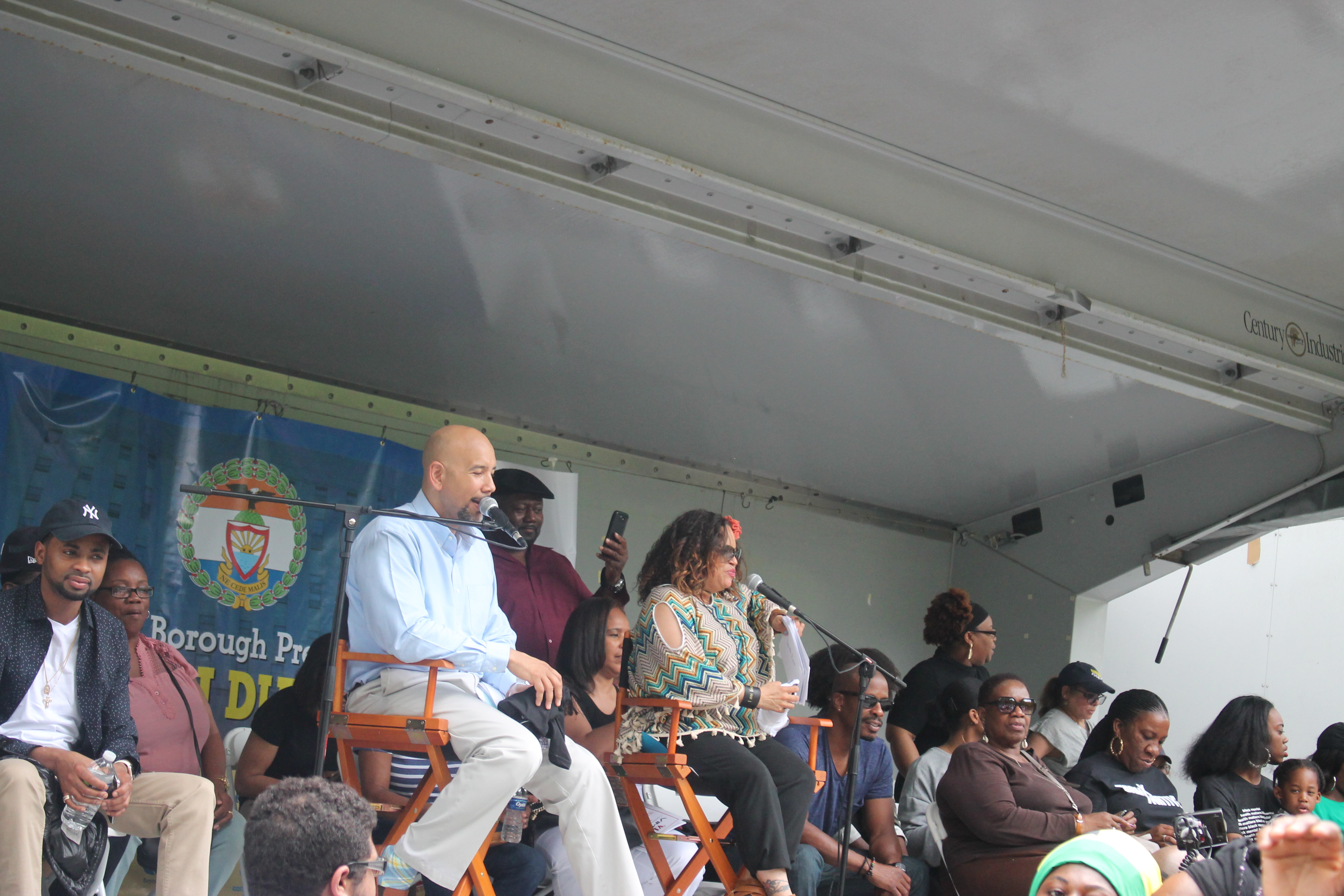 The African Advisory Council ( AAC) was there.
“We are here to represent African community and culture,” Mory Kouyate, the AAC chairman said. According to Mory, there are more than 100, 000 Africans in the Bronx. “ it is important to let people know we are there,” he said. He also said that it is important to show politicians that we are committed. Yes, the African Advisory Council have marched alongside other community groups and has celebrated with cheer and joy. 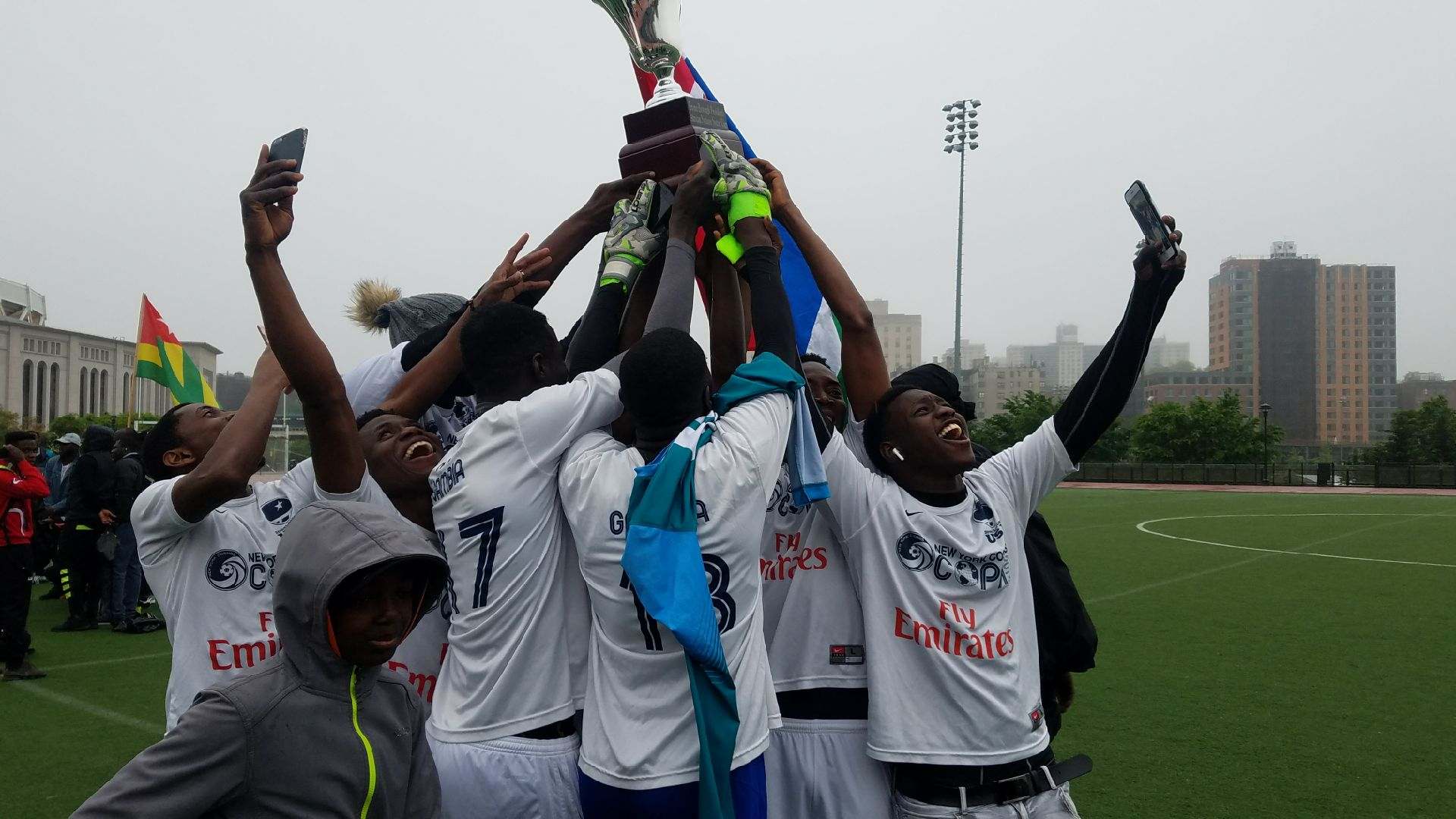 It was an opportunity for President Diaz, to give the African soccer tournament trophies to the team that won it. Team Gambia defeated team Togo. The score was 2 – 0. According to Ambroise NGande who is the social committee chair, the tournament, which has started in April 14, is part of the Bronx week event. “It is about how to bring Africans together,” he said. “We need to work together and stand for ourselves.” 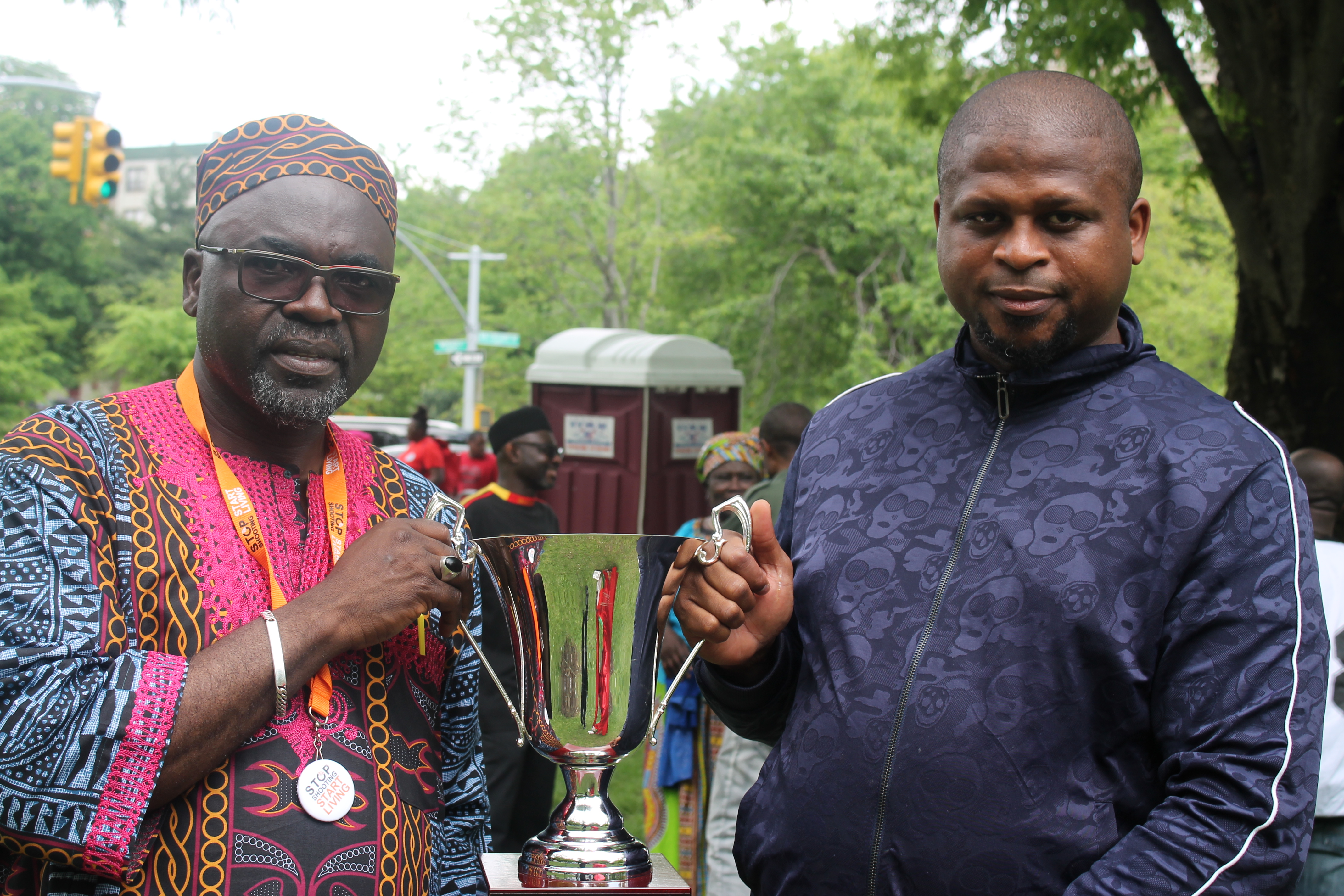 There was food for those who were not fasting. Other people have purchased hand – crafted and special items from Bronx – based artists. And Bronx health pavilion was there to offer free health screening and information regarding health insurance.