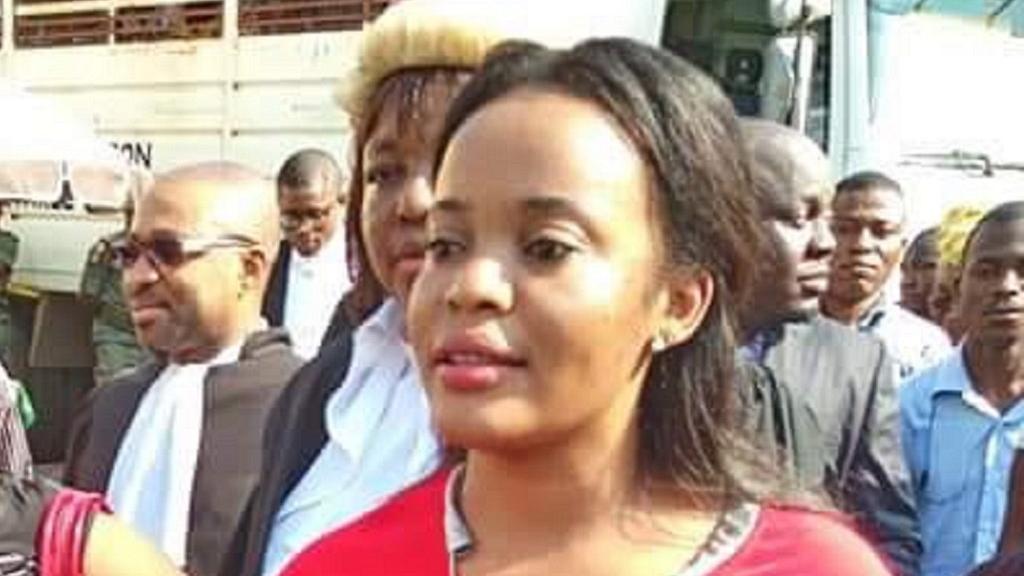 At about 9pm on wednesday English desk editor and journalist of Equinoxe Television Mimi Mefo was jailed in New Bell central prison in Douala, the economic capital of Cameroon.

She was summoned to the regional gendarmerie legion early afternoon of November 7 was interviewed and subsequently placed under a warrant of arrest.

A baseless act, as Denis Nkwebo the president of the National Syndicate of Cameroonian Journalists puts it.

Instead of the charges being served, she was simply handcuffed and transferred to New Bell Prison. But the National syndicate of Journalists of Cameroon considers this to be sufficiently a serious act of provocation, and we have therefore decided to convene a meeting of the national executive board as a matter of urgency. And at the end of that meeting, we will get the union’s reaction, especially since this is not the first case. In recent days we have been the subjected to attacks, summonses, arrests and even physical aggressions.
“

Mimi Mefo is accused of publishing false information about clashes between the army and separatist militias. She is also said to have relayed a tweet that attributes the death of Charles Wesco, the American missionary killed in Bamenda to the Cameroonian army.

The SNJC, which accompanies the journalist in her defence, demands that legal proceedings be respected.

“There is a scheme in this case and for other journalists who have been ill treated recently, sending a message to other journalists: intimidating us to keep quiet. If they accuse Mimi Mefo of having disseminated, false information as they put it, let them provide the evidence proving that what she has published is false information. The SNJC will mobilize its forces, and we are certain that the battle will be engaged with the government. It is better to silence all Cameroonian journalists than for Mimi stay in prison.”

The National Syndicate of Cameroonian Journalists (SNJC), a few days ago set up a cream of lawyers led by Alice Kom to defend her.They believe that by citing her source, she is not guilty of any offence, let alone a military offence. They also believe that she should be prosecuted for a common law offence that does not require her to be held in police custody.