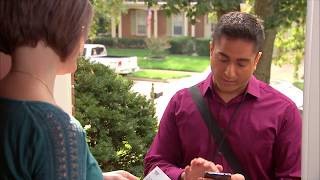 U.S. Census Bureau enumerators, commonly known as “census takers,” started going door-to-door to the homes of New Yorkers who have not yet completed the census. While census takers are well trained to help all residents complete the census, New Yorkers can avoid a knock at their door by simply going to my2020census.gov and filling out the census in just a few minutes. The census can also be completed over the phone at 1-844-330-2020. Additional phone numbers for direct service available in 13 languages are included below. We need all New Yorkers to fill out the census now before the new September 30th deadline.

Also included below are answers to the most frequently asked questions about this door-knocking period, also known as Non-Response Follow-Up (NRFU). You can also find a video guide from the U.S. Census Bureau about the Non-Response Follow Up period in different languages here. Additional 2020 Census language guides and videos are available online at 2020census.gov/languages in 59 non-English languages including American Sign Language, braille, and large print.

Yesterday, the NYC Mayor’s Office of Immigrant Affairs (MOIA) and NYC Census 2020 led an emergency public session for community and ethnic media in response to President Trump’s cutting of the door knocking period and the self-response period of the 2020 Census by one month, a move designed to depress responses and rob New York City of billions for critical programs, as well as congressional representation, for the next 10 years.

We need your help to spread the word about the 2020 Census far and wide to the communities you serve. Participating in the census is safe for all; there are no questions about citizenship or immigration on the census. Your country of origin, background, and immigration status do not matter. Most importantly, census answers are 100% confidential and cannot be used against you. By law, the Census Bureau cannot share your information with anyone – not law enforcement, not immigration, not even one’s landlord.

We need all New Yorkers to get counted to ensure our communities get our fair share of federal funding for schools, hospitals, housing, and more, in addition to the representation in Congress that we deserve!

Any community partners who have questions about NRFU (non-response follow-up), can email Mauricio Pazmino at the City’s Census office at mpazmino@census.nyc.gov or call 347-753-0743. 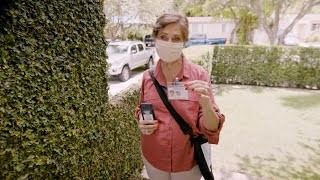 What is Census Non-response Follow-up (NRFU, or “ner-fu”)?

When does NRFU begin, and when does it end?

Why is NRFU starting so late this year?

Can I still fill out the census even after NRFU starts?

What if I do not want a census taker to come to my home?

What if I have concerns about speaking to someone in-person due to COVID-19?

How will census takers make sure that they aren’t putting communities at risk of COVID-19?

What if the census taker does not speak my household’s language?

Language guides and videos are available online in 59 non-English languages including American Sign Language and braille and large print to assist in completing the 2020 Census. https://2020census.gov/en/languages.html

The Census Questionnaire Assistance centers have staff available to assist in 13 languages. https://2020census.gov/en/contact-us.html

How do I identify a U.S. Census Bureau worker?

Are there certain questions census takers aren’t supposed to ask?

Is it safe to speak to the census taker if I’m not documented?

How do I know a census taker will keep my information safe?

Where do census takers come from?

How will I know whether a census taker stopped by my home if I am away or at work?

What about basement apartments? How do census takers know how to get through, particularly illegally subdivided units?