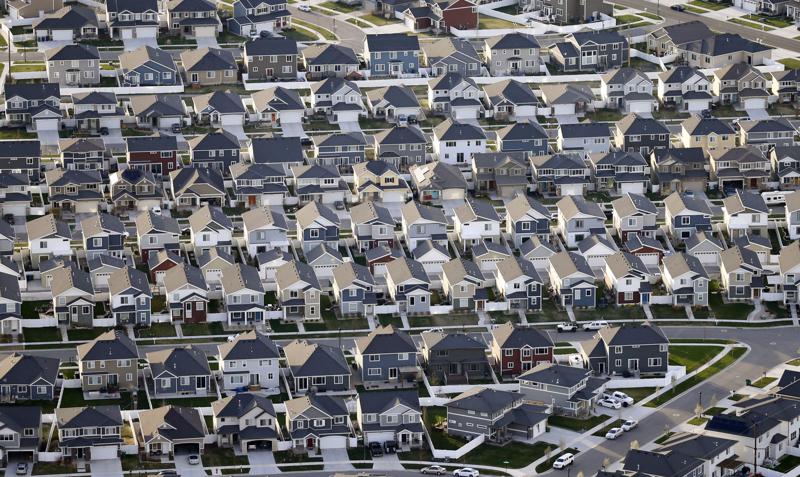 The U.S. became more diverse and more urban over the past decade, and the non-Hispanic white population dropped for the first time on record, the Census Bureau reported Thursday as it released a trove of demographic data that will be used to redraw the nation’s political maps.

The new figures offered the most detailed portrait yet of how the country has changed since 2010, and they are sure to set off an intense partisan battle over representation at a time of deep national division and fights over voting rights. The numbers could help determine control of the House in the 2022 elections and provide an electoral edge for years to come. The data will also shape how $1.5 trillion in annual federal spending is distributed.

Americans continued to migrate to the South and West at the expense of the Midwest and Northeast, the figures showed. The share of the white population fell from 63.7% in 2010 to 57.8% in 2020, the lowest on record, driven by falling birthrates among white women compared with Hispanic and Asian women. The number of non-Hispanic white people shrank from 196 million in 2010 to 191 million.

White people continue to be the most prevalent racial or ethnic group, though that changed in California, where Hispanics became the largest racial or ethnic group, growing from 37.6% to 39.4% over the decade, while the share of white people dropped from 40.1% to 34.7%. California, the nation’s most populous state, joined Hawaii, New Mexico and the District of Columbia as a place where non-Hispanic white people are no longer the dominant group.

“The U.S. population is much more multiracial and much more racially and ethnically diverse than what we have measured in the past,” said Nicholas Jones, a Census Bureau official.

Some demographers cautioned that the white population was not shrinking as much as shifting to multiracial identities. The number of people who identified as belonging to two or more races more than tripled from 9 million people in 2010 to 33.8 million in 2020. They now account for 10% of the U.S. population.

People who identify as a race other than white, Black, Asian, American Indian, Native Hawaiian or Pacific Islander — either alone or in combination with one of those races — jumped to 49.9 million people, surpassing the Black population of 46.9 million people as the nation’s second-largest racial group, according to the Census Bureau.

But demographers said that may have to do with Hispanic uncertainty about how to answer the race question on the census form, as well as changes the Census Bureau made in processing responses and how it asked about race and ethnicity.

Asians were the next most populous racial group, reaching 24 million people in 2020, a jump of more than a third.

The Hispanic population boomed over the decade, growing by almost a quarter to 62.1 million residents in 2020 and accounting for almost half of the overall U.S. population growth, which was the slowest since the Great Depression. By comparison, the non-Hispanic growth rate over the decade was 4.3%.

The data “demonstrates that the Latino community is a huge and increasing part of our nation’s future,” said Thomas Saenz, president of the Mexican American Legal Defense and Educational Fund.

The share of children in the U.S. declined because of falling birth rates, while the share of adults grew, driven by aging baby boomers. Adults over age 18 made up more than three-quarters of the population in 2020, or 258.3 million people, an increase of more than 10% from 2010. However, the population of children under age 18 dropped from 74.2 million in 2010 to 73.1 million in 2020.

In addition, there is now no majority racial or ethnic group for people younger than 18, as the share of non-Hispanic whites in the age group dropped from 53.5% to 47.3% over the decade.

“If not for Hispanics, Asians, people of two or more races, those are the only groups underage that are growing,” said William Frey, a senior fellow at Brookings’ Metropolitan Policy Program. “A lot of these young minorities are important for our future growth, not only for the child population but for our future labor force.”

The data comes from compiling forms filled out last year by tens of millions of Americans, with the help of census takers and government statisticians to fill in the blanks when forms were not turned in or questions were left unanswered. The numbers reflect countless decisions made over the past 10 years by individuals to have children, move to another part of the country or to come to the U.S. from elsewhere.

The release offers states the first chance to redraw their political districts in a process that is expected to be particularly brutish since control over Congress and statehouses is at stake.

It also provides the first opportunity to see, on a limited basis, how well the Census Bureau fulfilled its goal of counting every U.S. resident during what many consider the most difficult once-a-decade census in recent memory. Communities of color have been undercounted in past censuses. The agency likely will not know how good a job it did until next year, when it releases a survey showing undercounts and overcounts.

Even before it began, the headcount was challenged by attempted political interference from the Trump administration’s failed efforts to add a citizenship question to the census form, a move that critics feared would have a chilling effect on immigrant or Hispanic participation. The effort was stopped by the Supreme Court.

The information was originally supposed to be released by the end of March, but that deadline was pushed back because of delays caused by the coronavirus pandemic.

The start of the 2020 census for most U.S. residents coincided with the spread of the virus last year, forcing the Census Bureau to delay operations and extend the count’s schedule. Because census data is tied to where people were on April 1, 2020, the numbers will not reflect the loss of nearly 620,000 people in the U.S. who died from COVID-19.

On top of the pandemic, census takers in the West contended with wildfires, and those in Louisiana faced repeated hurricanes. Then, there were court battles over the Trump administration’s effort to end the count early that repeatedly changed the plan for concluding field operations.

Back in April, the Census Bureau released state population totals showing how many congressional seats each state gets.