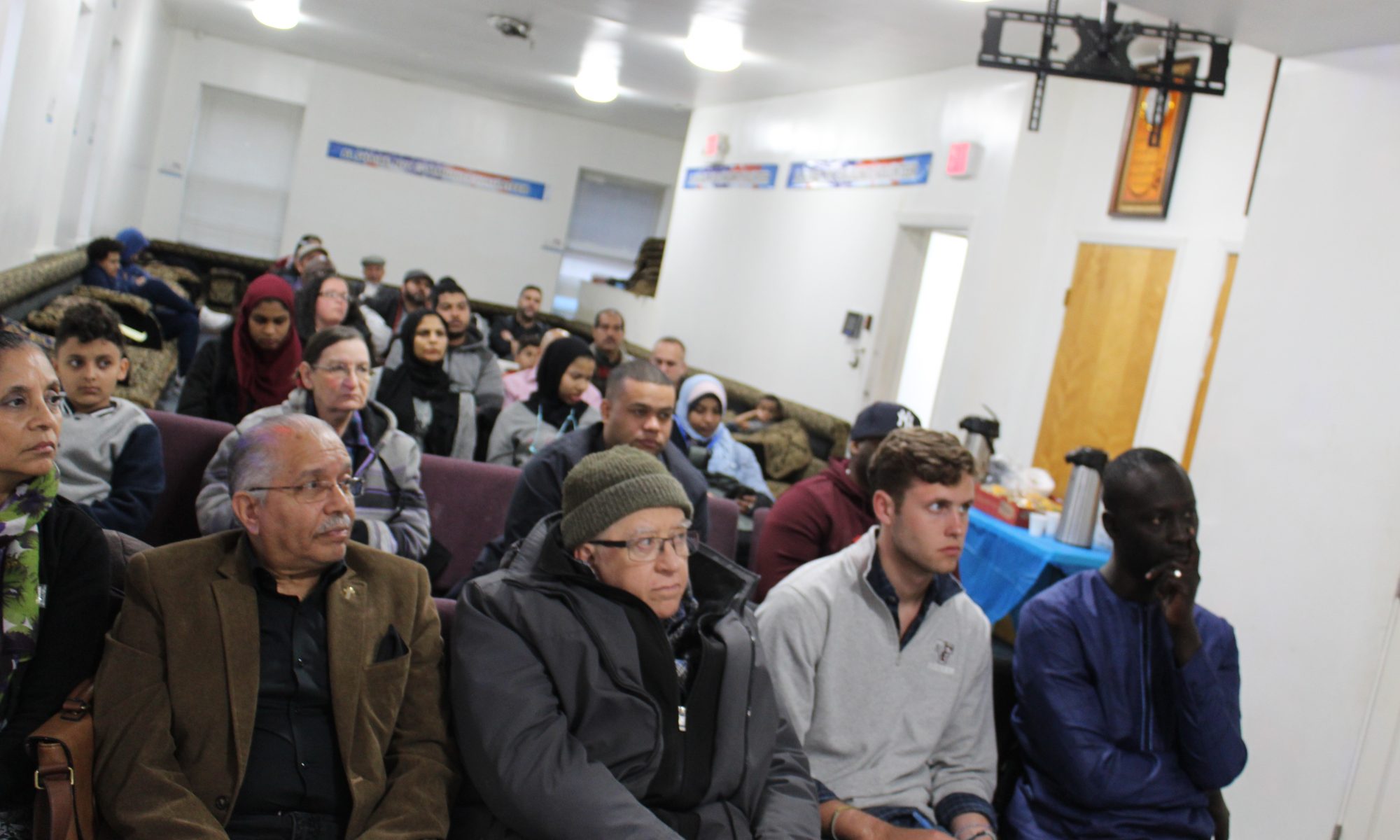 A diverse community groups gathered in April 4, 2019 at Al – Sahib Community Center in the Bronx for a diner called “Community Peace Diner.” The gathering that brought together Muslims, Christians, and other group of people was organized by Peace December a nonprofit organization, which is championing for Peace in the world.  People who came from different communities sat side by side, ate food at the same table, shared ideas, and life experiences and gave testimonies. 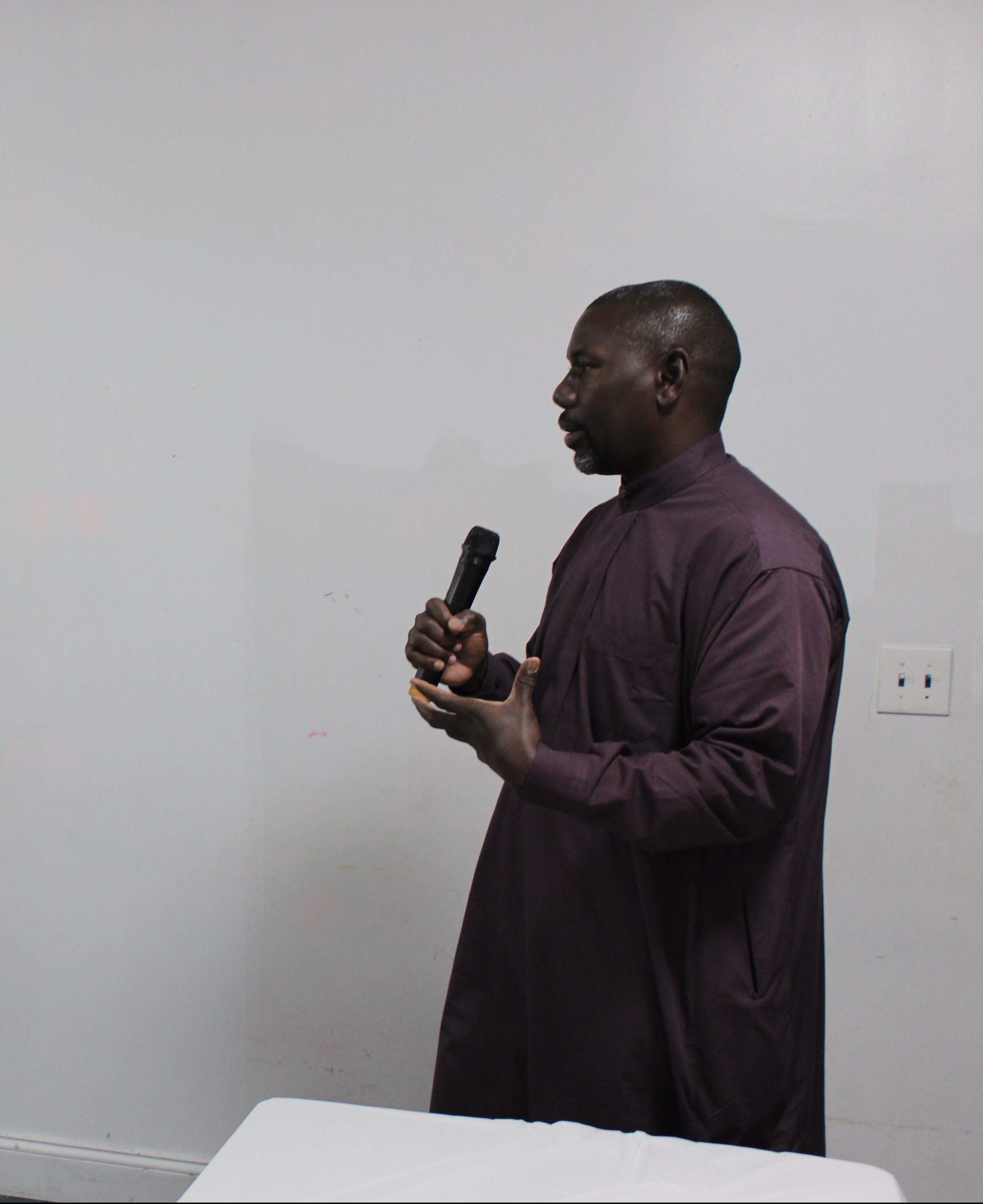 “The idea of that diner is to get to know each other, and to celebrate our diversity,” Sheik Musa Drammey the leader of the group said.

As they celebrated diversity, they also talked about public safety, and how to prevent crime, violence, and hate in the Bronx, which according to Musa “is number one for every that is bad and is the last in everything that is good.”

And Talking about those issues is preponderant. “We believe in Islam that there is not an evil person,” he said. “We believe a person can do evil things, and the person who do evil today, can do good tomorrow.” 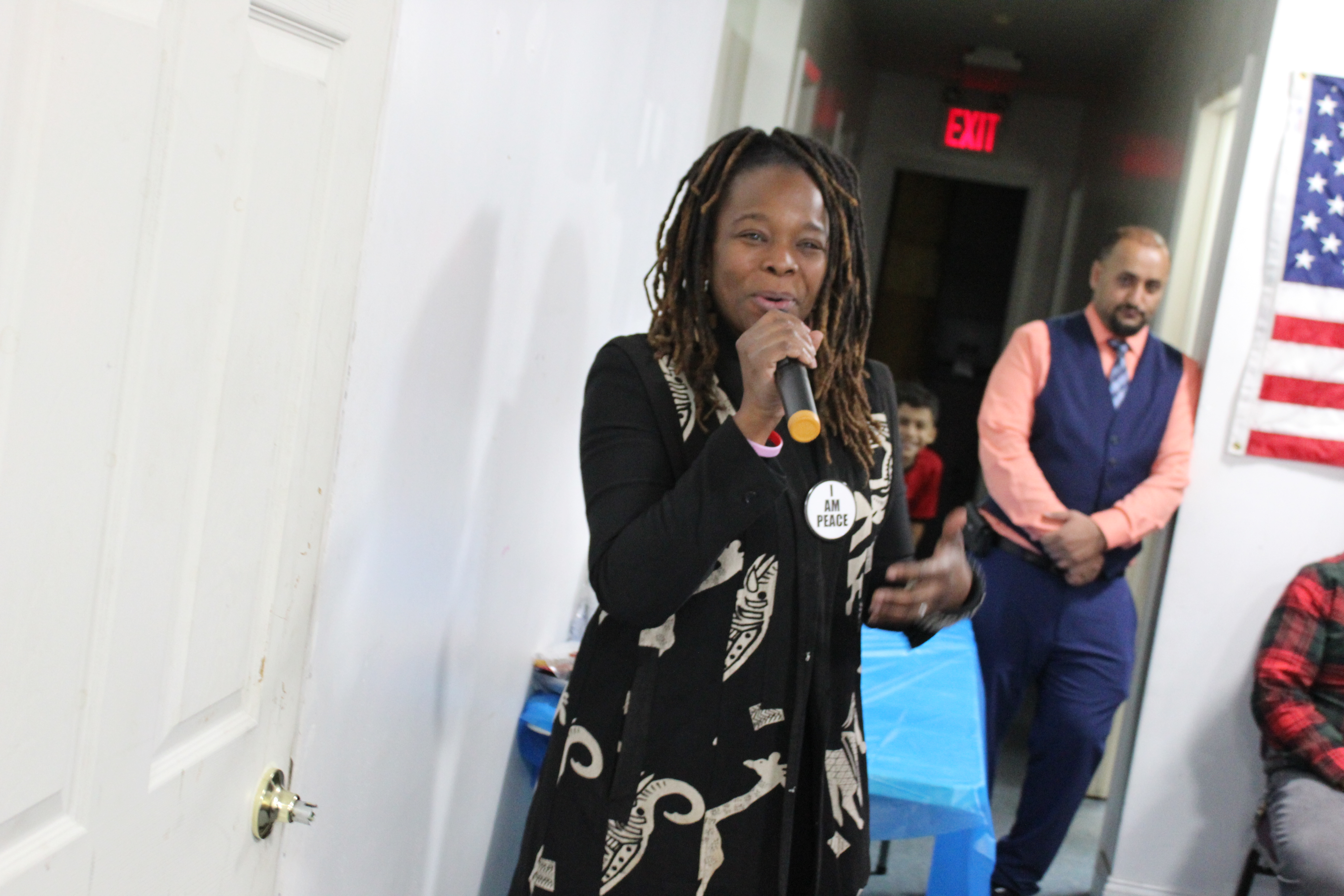 As to prove it, former gang members came and gave their testimonies.

There was first a young evangelist who introduced himself as Minister Lovie and who was a member of a “Blood Street Gang.” He did in the past bad things and went to jail. “I know what is outside,” he said. If in the past he used to go outside to do bad things, today as an evangelist, he goes outside to bring people to know Jesus – Christ, so to be saved. After five years of ministry, he was able to reach out one hundred men who were outside for bad things and their lives have changed. 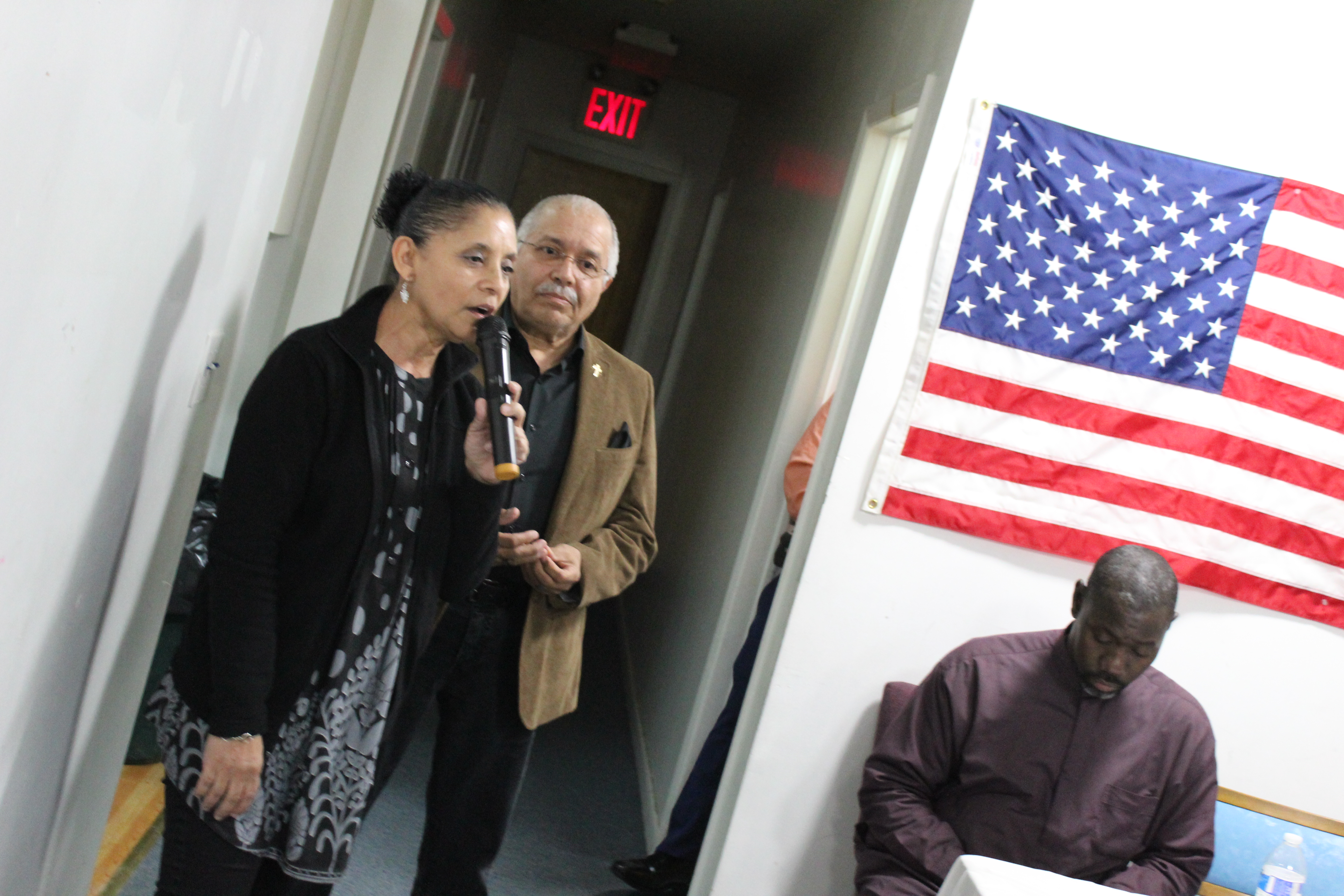 Marion Frampton was also a gang member. Today, he has decided to “move into the direction of saving life.” He is the CEO and Founder of TBS New Direction, an organization that promote peace and nonviolence.

There were also communities’ leaders such as Miss Abbie. “Never Be Caged, Inc.” is the name of her organization. She said they have served 10800 kids in 7 years. “Our children’s grandchildren will never be caged,” is the organization mission statement.

Pastors Leon and Carmen Watford who originally are from Porto Rico were also there to talk about faith and community. “We are the same family,” they said. 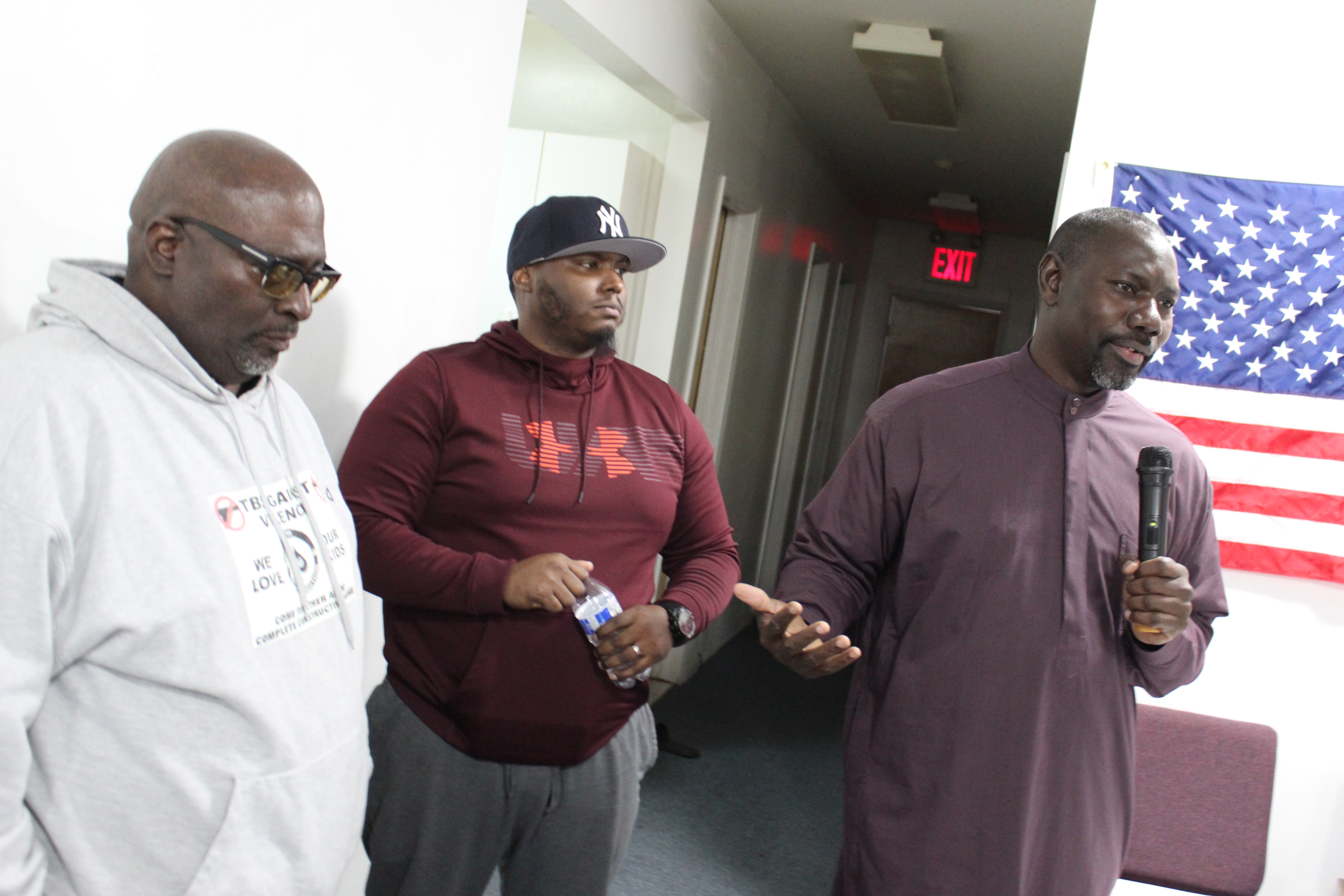 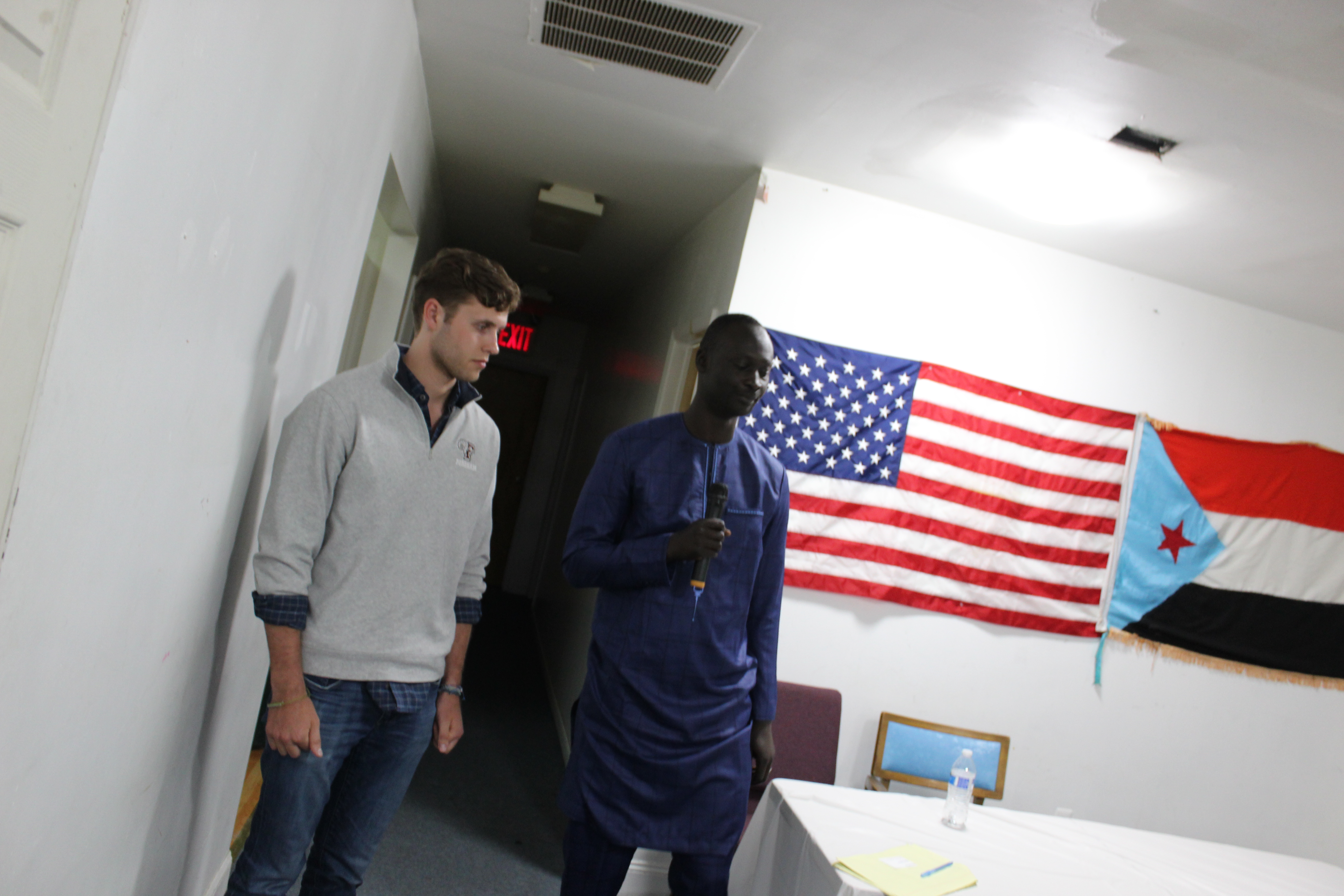 For those who love to travel, there was also a traveling agency to talk about that. It called “Travelodge Tour” and Khadidjah Sow – Diallo is the CEO and the Founder.

According to Musa, Community Peace Dinner is usually organized  every first Friday of the month. And other dinners have been organized every Friday and throughout the Bronx.