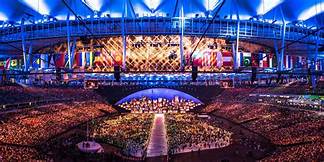 Under the Mayor’s Executive Order, large events requiring a city events permit will be canceled through September 30 as the City works to prioritize open spaces for public use. The City will not issue a permit for any event in a location that interferes with the Open Streets or Open Restaurants programs. Permits will also be denied for all events larger than one block, stage/video events that require amplification, street fairs, and events in parks that may unreasonably diminish public use. The City will refund or defer fees paid in connection with a denied permit.
Events that do not conflict with Open Streets or Open Restaurant areas and are for locations, one city block or smaller, can still apply for a permit. Demonstrations, religious events, and press conferences will be exempt from the Mayor’s Executive Order and may receive permits.

The first set of “Cool Streets” for this summer was announced with expanded cooling options on existing Open Streets in the most heat-burdened parts of New York City. The Cool It! NYC program prioritizes new cooling options on blocks in vulnerable neighborhoods with the highest tree-based shade and fire hydrants with spray caps. During heat advisories, NYCDEP and FDNY will proactively install spray caps on these streets’ hydrants to ensure every New Yorker living in a heat-burdened community is within 1/4 mile of an outdoor cooling element. The City plans to open three public swimming pools on July 24, followed by another 12 on August 1.