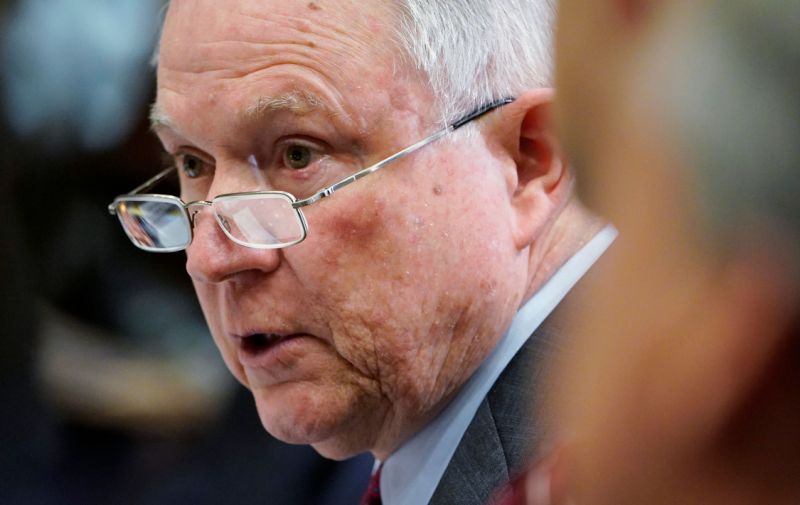 It is a judicial bureaucracy that American citizens almost never encounter, with 58 courtrooms around the country and more than 300 judges, whose decisions affect the lives of thousands of people each year. There are limited avenues for appeal and no constitutional right to a lawyer for anyone caught up in it.

Welcome to the immigration court system, the latest focus of the Trump administration’s crackdown on illegal immigration — less visible than a border wall and less dramatic than midnight raids by ICE officers, but arguably more important.

The sequence of events that lead to immigration court vary from case to case, especially now, as even broader categories of people — ranging from convicted criminals to recent border crossers seeking asylum, longtime residents and even a few U.S. citizens — are getting caught up in the Trump administration’s sweeping enforcement dragnet. But for all who find themselves in front of an immigration judge, pitted against a government attorney, often without legal representation of their own, the offense and punishment are always the same: unlawful presence in the United States, which in and of itself is not a crime, and deportation to their country of origin.

In a 2014 op-ed for CNN, Dana Leigh Marks, a longtime immigration court judge and then president of the National Association for Immigration Judges, described the high-stakes scenario that plays out daily in immigration courts as “death penalty cases heard in traffic court settings.”

And unlike the criminal and civil court systems, immigration courts have no constitutional independence — they’re part of the Justice Department — so the administration can do what it wants with them.

Two developments within the past week have alarmed immigration advocates, who’ve long fretted over how Attorney General Jeff Sessions, an outspoken immigration hardliner, might wield his influence over this already byzantine court system. First, the head of the DOJ’s Executive Office for Immigration Review decreed that judges in the system would have to work faster, setting a quota of 700 cases a year each, as part of a broader effort by Sessions to help ease the court’s massive backlog of 650,000 cases.

Then, according to a report in the Washington Post, the Justice Department put in motion plans to suspend the Legal Orientation Program, which informs detained immigrants of the procedures they face and their legal rights, without offering legal representation. The program is being halted for a review of its effectiveness, according to the Post, but advocates for immigrants suspect a different motive.

“This seems like part of a concerted effort by the Department of Justice to basically make it easier to deport people,” Hasan Shafiqullah, head attorney for the Legal Aid Society of New York’s Immigration Law Unit, said of the decision to halt the program.

Shafiqullah is among the immigration attorneys and advocates who’ve been keeping a close watch on the Justice Department’s actions with regard to immigration courts, which have largely been eclipsed by more headline-grabbing news like the Trump’s attempt to ban citizens of majority-Muslim countries from entering the U.S. and the recent deployment of national guard troops to the Southwest border.

Last summer, amid ramped up ICE arrests and high-profile deportations, the chief immigration judge at the DOJ’s Executive Office for Immigration Review issued a memo to all immigration court judges calling for speeding up deportation cases by cutting back on continuances, temporary halts in proceedings to give detained immigrants time to find a lawyer or to allow their attorneys to prepare for a hearing.

Alhough the memo stated that it was “not intended to limit the discretion of an Immigration Judge,” legal advocates like Shafiqullah saw it as part of an effort to make it harder for immigrants or their attorneys to challenge deportations.

Since then, Sessions has raised the possibility of changing the standards for issuing continuances and making other procedural changes, personally reviewing decisions by the Board of Immigration Appeals (BIA).

Shafiqullah noted that the attorney general is also “flexing his muscle beyond the sort of procedural stuff to more substantive things, like who can put in a claim for asylum.” Last month, for example, Sessions announced he would review the landmark BIA decision in 2014 that created a precedent for victims of domestic violence to seek asylum in the U.S.

Shafiqullah said he and his colleagues are “terrified” about the possibility that Sessions might overturn that earlier decision, a move he said would “have an incredibly damaging impact on all sorts of asylum claims,” including cases of domestic violence, female genital mutilation and others, in which “a so-called private person is hurting someone that the government is either unable or unwilling to protect.”

Judge Ashley Tabaddor, president of the National Association of Immigration Judges (NAIJ), the union that represents immigration judges, told Yahoo News that the immigration court’s status as part of the Department of Justice, a law enforcement body run by a member of the president’s cabinet, has long been a source of conflict.

“The way it’s reared its head in any administration is through policies that advance a law enforcement agenda, like reshuffling dockets to send a political message,” she said, referring to the Obama administration’s decision to prioritize the most recent arrivals for deportation proceedings in response to the surge of unaccompanied Central American minors over the border in 2014.
“That kind of manipulation of the court for political reasons has existed, but it has become much more severe and the magnitude has essentially gone nuclear in the last year,” she said. The introduction of quotas for immigration judges marks a “crisis point” for the immigration court system, Tabaddor says.

“When I say it’s unprecedented, its unprecedented,” said Tabaddor of the newly announced quota system, which will require immigration judges to complete 700 cases annually or risk losing opportunities for a raise or even their job.

“We are not aware of a single judge across this country whose livelihood is directly connected to how many cases they finish and how fast,” she said. “It’s like judicial code 101, if you have a personal financial interest in a case you cannot hear that case.”

NAIJ has indicated that it intends to push back against the quota system, which includes several other guidelines for how much time a judge should spend on specific types of cases, arguing that the new performance measurements will unfairly impinge on immigrants’ rights to a fair trial by pressuring judges to complete their case as quickly as possible.

And Tabaddor called the decision to halt the Legal Orientation Program (LOP) “absolutely mind-boggling,” and counterproductive to the goal of making the courts more efficient.

“These programs have been the bridge that have really helped ensure access, due process, and increased efficiency,” she said. “When you take that away now, it’s the judges responsibility to sit and provide a much more detailed and time-consuming explanation of rights to the people appearing before them.”

And LOP provides services outside the courtroom, Tabaddor says, including meeting with immigrants in detention, often in remote locations, to not only explain their rights and potential legal options but to also help them collect corroborating evidence for their case, and assist in filling out applications for relief — all of which a judge cannot do.

“We don’t understand,” she reiterated. “This is completely inconsistent with their stated position of looking for efficiency.”

Tabaddor anticipates that absence of this program will wind up creating an even bigger backlog, as judges are forced to give people more time to complete their applications. Or, worse yet, “tie judges hands and force a deportation order when one wasn’t warranted.”

Gregory Chen, director of government relations for the American Immigration Lawyers Association, said the moves by Sessions are “an effort to keep as many people out of this country as possible, even those who might be entitled to relief such as asylum, by denying them the opportunity to gain basic information about asylum and the legal system.”

Chen points out that the LOP’s function of keeping detainees informed makes the system more efficient; those who understand their case is hopeless are likely to accept a speedy deportation rather than fight a losing battle from a detention cell.

A 2012 review of the program by the Justice Department’s Executive Office for Immigration Review found that, consistent with a review conducted four years earlier, “detained aliens’ participation in the LOP significantly reduced the length of their immigration court proceedings,” saving the government more than $17.8 million in detention costs.

In fact, Congress had already appropriated funding for the program in the 2018 omnibus spending bill.

An EOIR official did not respond directly to questions from Yahoo News about concerns about the LOP’s impact on efficiency, nor what would happen to the funds already allocated for the program, but simply reiterated the office’s explanation that “the Legal Orientation Program is being paused in order to undertake a review of the program’s effectiveness, which has not happened since 2012.”

The official also referred Yahoo News to a blog post questioning the necessity of the LOP on the website of the Center for Immigration Studies, a Washington think tank that advocates for reduced immigration to the United States and is known for producing research designed to promote that agenda. The post’s author, Andrew R. Arthur, is a resident fellow in Law and Policy for CIS and a former immigration judge. He is also a public member of the Trump administration’s Federal Labor Relations Authority.

Last summer, Arthur also praised the DOJ’s memo on curbing the use of continuances in immigration court, which was issued just days after he published his own “backgrounder” on the CIS website outlining causes of the massive immigration court backlog and his proposed solutions. Among other proposals, Arthur argued that, “the attorney general must use his certification authority to set stricter standards for [immigration judges] to follow in granting continuances.”

Shafiqullah has been waiting anxiously to see whether Sessions will do just that. In anticipation of further tweaks to immigration court procedures and programs, Shafiqullah emphasized the dangers of imposing additional restrictions on a system where the people in it already have so few rights.

“Unlike criminal court, where you have a constitutional right to an attorney because the due process rights are so fundamental and your liberty can be taken away, in immigration court you have no right to an attorney even though you could be exiled to a place where your life and liberty may be in jeopardy,” he said.

And something else that should trouble Americans: Even U.S. citizens can, in unusual circumstances, be entangled in this complex and high-stakes legal system. The Legal Aid Society has had about six cases within the last year of citizens caught up in the deportation machinery.

“The deck is so stacked against you,” he said. “So to take away even basic advice about your rights is outrageous.”