Menepelle J. Nuhann (M J N) is originally from Liberia. He is the  Founder, President and CEO of Vision For Children in Liberia ( VCIL). He is working for the department of education in New York and he is also the Director of Media for the African Advisory Council (AAC). He is talking in this interview about his organization and he blames Liberia’s government for the poor educational system in Liberia. 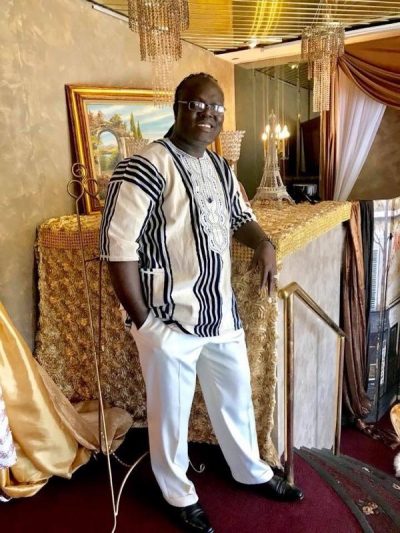 Tell us in few words about yourselves

Menepelle J. Nuhann (MJN)  – Founder, President and CEO of Vision For Children in Liberia ( VCIL).
Growing up poor in Liberia, striving for the privilege of getting an education, he graduated from the St. Francis High School with honors and dreamed of coming to the United States.  When he was awarded  that opportunity through the U.S Diversity Visa  Lottery program, many Bronx Kids at I.S. 217 middle school were the winners.  Once in the United States, Menepelle continued to struggle for a better life, graduating with his bachelor’s degree from the College of New Rochelle and embarking on his career in education.  Menepelle also enjoys working with and teaching children to use computers.  He also graduated with an MBA  degree from Colorado Technical University and is pursuing another MS in Cyber Security, specializing in the IT area. His dream is “to build schools for children in Liberia so that they can go to school for free to enhance their lives.

M J N : You are the founder of Vision For Children In Liberia ( VCIL). What is the goal of your organization?

First, VCIL envisions a society where all children achieve their full potential and become a model of change, with access to free and quality education that shape the future for the better.

Secondly, VCIL’s mission is to provide a safe, nurturing, caring and learning environment for all children of Liberia, increasing school enrollment, attendance, and retention rate.

And thirdly, VCIL  Contributes to addressing the urgent needs of children and families faced with crises of homelessness, abuse, neglect, and the lack of education.

Your organization is fighting for a free educational System in Liberia. Do you think the government in Liberia has the financial and human resources to give that opportunity to Liberian children?

M J N :  Well I believe they do have the resources to make sure the Liberia’s children are educated. However,  to identify these areas is very difficult for them and even previous government has not really focus on the educational system in Liberia. My view on this is that Liberia will never rise until  the government starts to recognize the 85% of uneducated men and women into that country. We have conducted research  four years in Liberia. According to the report, 70.1% of Liberia’s 4.4 million people live in multidimensional poverty, 21.5% live near multidimensional poverty, and 35.4% live in severe multidimensional poverty. The contribution of deprivation to overall poverty is 23.0% education, 25.6% health, and 51.4% living standards (UNDP, 2015).

What is the main reason some children are not attending school in Liberia?  The blame is to put on parents or on the government?

M J N :  I will say the blame is to be put on the government. Now the government is responsible to put programs into place for its citizen that will help parents to motivate their children for school. For example,  more than 4,400 Liberian schools were closed leaving 1.5 million children without access to formal education until schools were deemed safe to reopen. Many communities were left devastated, leaving children to suffer terribly, many of whom are orphans and homeless. Looking from the 14 years civil war along with this mention, you will see that mothers don’t have money due to the lack of jobs. So, I strongly believe the government should  be very proactive.

In your website you mention that one of the issues in the educational system in Liberia is the poor   quality of teaching. Who should be accused? The government or teachers?

M J N : Again, the government should be held responsible for this because it is the duty of the government to make sure all citizens are educated. So, they should build an academy  for great training.

How your organization is helping needy children in Liberia?

M J N :  Since 2014, VCIL has focused on catering to the urgent needs of children and families dealing with crises such as homelessness, abuse, neglect, lack of education, sheltering children into orphanage homes, providing them with food, clothing, and medicine as well as sending them back to school. According to World Bank classifications, Liberia is a low-income country. Moreover, Liberia ranks 177 out of 188 in the UNDP’s 2015 Human Development Report.   VCIL goal is to foster a commitment to young children. That will promote pro-social friendships, strong interpersonal skills, and reassert a sense of hope in the future. Only through personal relationships can a sense of individual responsibility be reestablished. That will give youth the commitment to follow paths to adulthood with a sense of pride and accomplishment. Through repeated failures in the classroom and the development of destructive habits, at-risk young people have lost faith in the possibilities that would have awaited them if they had been successful in putting their lives together. To accomplish this goal, young people must be in a caring, inclusive learning environment that promotes their best efforts and reinforces personal respect. “Life After Ebola” (LIAFE)  is a program that is in direct response to the growing number of young people that are either falling through the cracks at school or are already entangled with the juvenile court system.
The method of the program is to identify children who are going to have a turbulent transition to adulthood and offer a positive support system to avoid the pitfalls that can derail their lives. 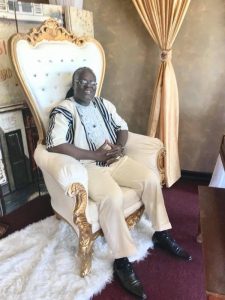 The focus is slightly different at each age or grade level, but the method remains the same: to empower the young person to make positive changes in his/her life. VCIL will focus primarily on middle school youth. It is projected that within three years, 50% of the system’s eligible students will be enrolled in middle school. This age group is particularly vulnerable, and it is a perfect time for mentoring to be effective. VCIL Youth’s mentoring programs will pair a youth with a mentor for 12 months. During that time the two will participate in weekly planned activities to strengthen the relationship between the two and improve the young person’s confidence and hopefulness. Mentors will receive continuous training throughout the year and will participate in monthly meetings to review and report on the young person’s progress. Over time, VCIL will create a learning environment that will be an invaluable resource to young people, aspiring mentors and the community at large. This quick impact project will last two months.

OneplaceOneVoice is the radio you are running in behalf of your organization. Tell us a little bit about it.

M J N : Oneplace-Onevoice was created to reach out to our community to promote peace-love- and Unity. It’s a place where everyone voices are heard. We also saw that everyone has a phone and have no time to listening to radio, so it could be easy to use their phone to listen. Lastly, this was done to bringing back our Liberia’s traditional to the U.S.A

Do you have something else to say?

M J N :  Well to conclude, we are kindly asking the Government of Liberia to work with us in dealing with this situation that affects our boys and girls.