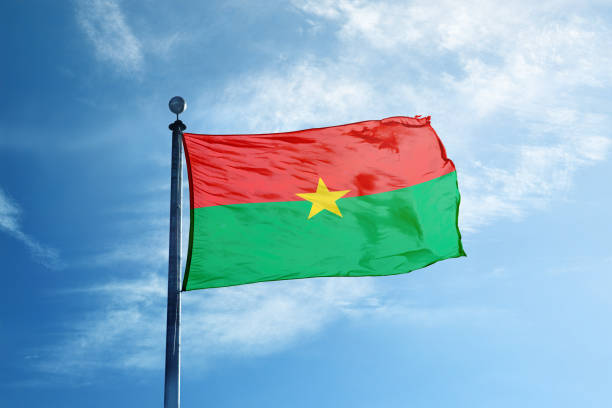 Azaaba, a  nonprofit organization  in collaboration with the Embassy of Burkina Faso in the United of America, has organized on  March 6, 2021, a zoom meeting, which was focused on African Americans who wanted to be reconnected with their root in Burkina Faso. The organization has been doing that for a while for African Americans who after a DNA test, were identified as Burkinabe. It was the turn last week  for those who were identified as belonging  to Samo people, one of the more than sixty ethnic groups who are living in Burkina Faso and the theme was: the Samo people of Burkina Faso.

It has been a long time  Antonio Williams, an American was looking for a way to know where exactly in Africa his ancestors came from. After a DNA test, he has  found out that his family story starts In Burkina Faso, a country located in  West Africa.

“I always want to know who I am and where I am coming from. And I am proud to know that my ancestors came from Burkina Faso and specially from Samo Tribe”, said Antonio Williams who lives in Texas. The meeting was an opportunity for him and other Americans from the San (Samo) tribe to learn more about their origin.

For  Jamila Allston one of the  participants,  “Slavery tried  to destroy our identity and meeting like that, is an excellent way to both  teach and inform  us about our story as the  beauty to know who you are, is very interesting”.

“The territory San people occupy is called San-Pie or land of San.”, Ky said.  for him, “Politically San people organization is based on the social stratification of the village not on an authoritarian scheme.” And he added:  “The social stratification distinguishes four groups: the village chief, the land chief, the griots and the Blacksmiths.”  For him, San people was using the democratic system as a social organization long time ago.

As a historian, Mr. Ky, has also talked about historical events that impacted  non only lives of Samo People, but also other ethnic groups in Burkina Faso.

Timothy Binion is  an American who is living  definitively in Burkina Faso with his family since last year. After a vibrant testimony of his new life in Burkina Faso, he has  encouraged other Americans who participated  at the zoom  meeting to visit their ancestor’s land.

“I did not have my citizenship yet, but I got free land  to invest and I don’t have any problem. We have been accepted and supported by the population,” he said.   Calvin Maxwell was excited about it and he has promised to visit Burkina Faso where he hopes to  meet San people. he does not exclude to invest or support a business in  his ancestor land.

“I  would have liked it to be in Samo and translated into English. So, they  ( ( Americans who have been identified as Samo after the DNA test)  would better understand samo,”  joked  Hermane Toe the first counselor of the Embassy of Burkina Faso in Washington DC. He has encouraged other African Americans to do their DNA test.

Tene Ouédraogo the founder of Azaaba has promised that more meetings like that, are on the way.