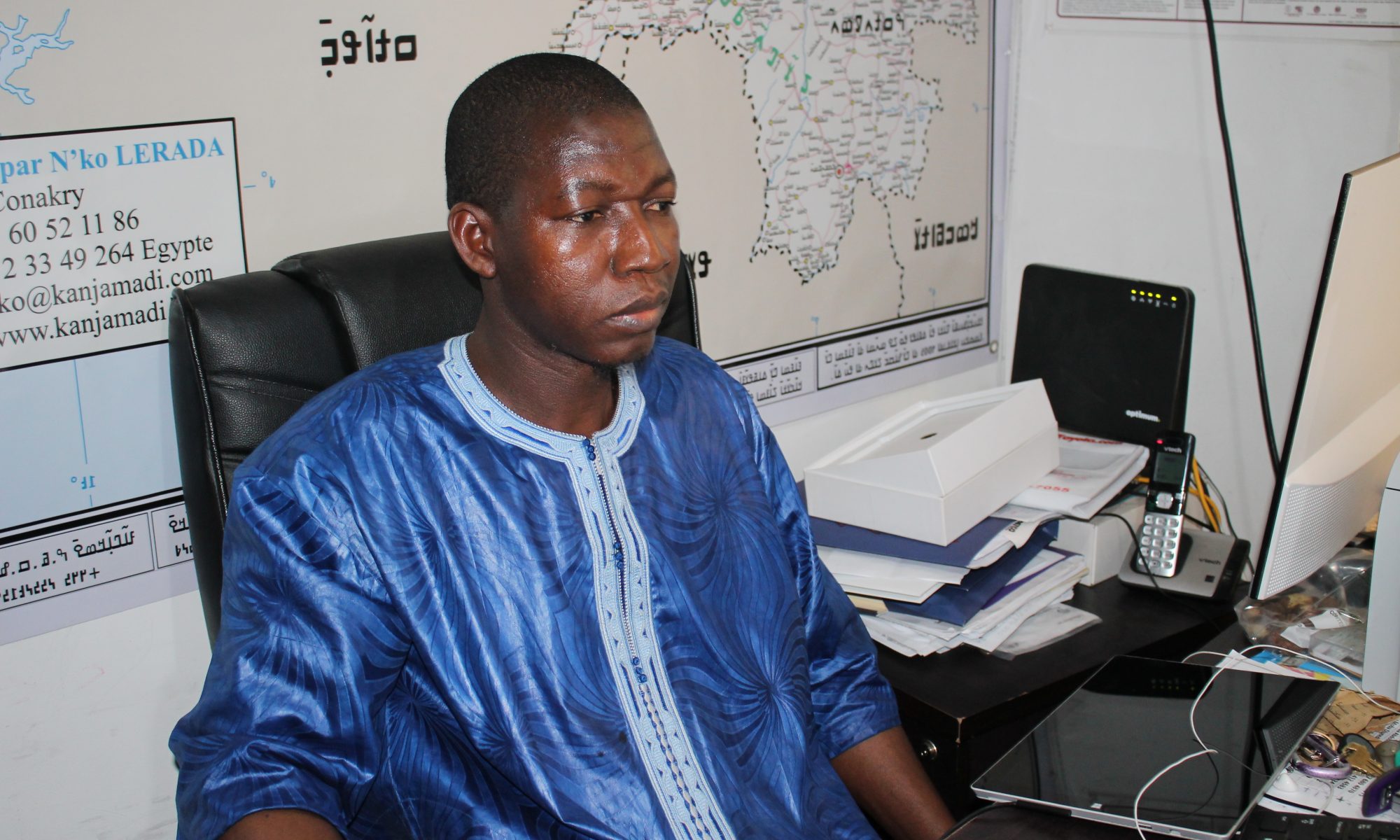 NKO may not be hieroglyph. However, its influence  is increasing like the hieroglyph, which was according to historians the first written language in Egypt and which may influence other languages around the world.

”NkO is one of the largest written  African language spoken in nearly nine(9) countries and by  more than fifty million people,” said Djibrila Diane who is the  vice – president NKO USA, and secretary general of the World Organization for the Development of NKO.

The language has been taught in Harvard University for 7 years by Boubacar Diakité. “ NKO should be an opportunity to federate the written languages in Africa,” he said. “People are talking about Francophonie, when we as Africans we are going to talk about Africaphonie?”

At the beginning NKO alphabet doesn’t exist although the language itself has been spoken for many years in some 9 countries in West Africa. Souleymane Kanté  a Guinee born citizen invented in April 1949 NKO’s Alphabet as he was living in Ivory Coast. According to Djibrila, he was inspired by a booklet written in Lebanese language and  by Lebanese. He noticed that the Latin’s alphabet cannot be used to write NKO language. Neither Arabic’s alphabet. NKO’s alphabet was then born.

How to write that language was another issue for Souleymane. “After a survey, 99 % of people asked agreed to write NKO from the right to the left like Arabic,” Djibrila said. “ Souleymane then utilized NKO’s alphabet to write numerous books in literature, science, philosophy, history as well as novels.”

NKO is the “word” that must be spread. According to Djibrila, NKO has been “used in various aspects such as in education – schools, learning centers, newspapers, TV and radio programs, religion, and in technology – ” Mamadi Doumbouya, Boubacar Diakite, Ibrahima Traoré  and Djibrila Diane  are according to Djibrila, those people who have been “spent several years teaching and promoting the Nko in the country.” Boubacar Diakité  is the one who for example “introduced it to Indianan University, University of Urbana Champaign, University of Wisconsin, Ohio State University, Michigan State University, University of Florida and Harvard University.” And  “Mamadi Doumbouya introduced  Nko to  Institute in Pennsylvania.”

According to Boubacar who is teaching NKO at Harvard University in three levels in class and online: beginning, intermediate, and advanced, “Nko is already ahead of the other languages because it has its own alphabet.” In the effort to promote NKO, an organization called “World Organization for the Development of NkO” was created. It is legally known in New York as a 501(c) (3) Domestic Not-for-profit Corporation. Since, the organization has been organized  conferences at Harvard University and in New York, shows in radios and televisions, sermons and speeches in mosques, and invited guest speakers from abroad, specifically from Africa.

Harvard University has been initiated conferences called  the “ African Languages in the Disciplines and Professions.” Conferences on different African languages was held in 2014, and 2016,  and professors teaching  NKO language were invited. Among them was Djibrila who is actually  teaching NKO in New York. Among his students are children ( 70), women ( 50) and men ( 30).

The issue is that there is not a place to teach students. They borrow space in a cultural center. They wish to have their own center and hope the local authorities would come to their rescue.

As NKO language has been spread, Boubacar invites the African leaders to work together to materialize the African linguistic independence. “ I beg Africans abroad to speak and learn  African languages to their kids,” he said.