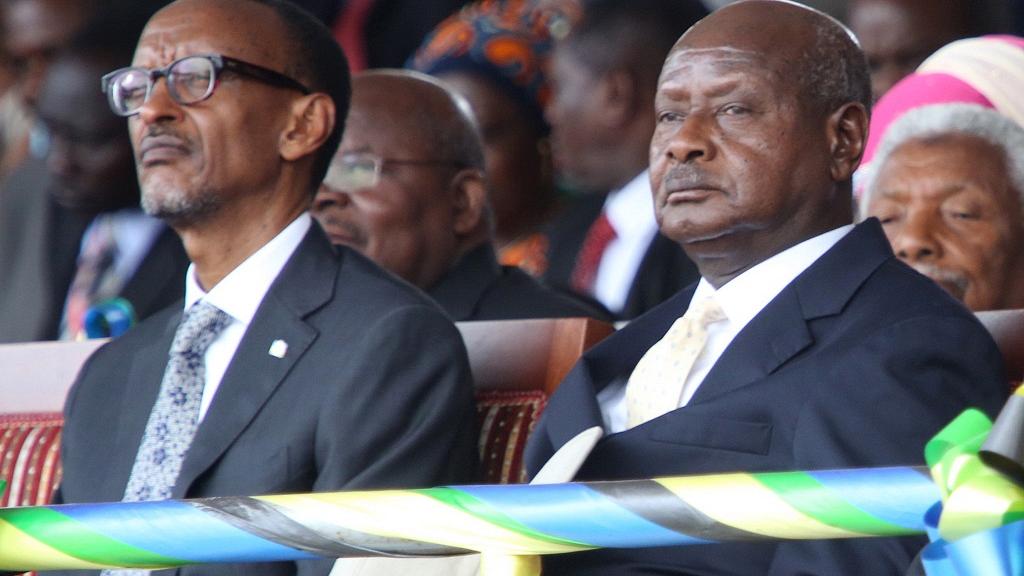 The foreign ministers of Uganda and Rwanda addressed the media in their respective countries on Tuesday, to provide clarification on the border standoff that has dominated news headlines since Wednesday last week.

‘‘Uganda does not and cannot allow anyone to operate from its territory that threatens a neighbor as alleged,’ ‘read part of the statement.

In this article, we answer five key questions about the ongoing standoff between these two East African nations.

Why is Rwanda unhappy with Uganda?

Sezibera on Tuesday formally laid out the charges against Uganda, which include;

“RNC and FDLR work from Uganda with support of some authorities there. This is another serious case and we have raised it with them,” he told a news conference in Kigali.

Sezibera added that Rwanda has recorded up to 190 cases of Rwandans who have been detained, tortured and deported for ‘reasons we don’t understand’.

“When some people are deported they reach our border in poor health. This has been happening for a long time and there is no solution so far,” he said.

What has Rwanda done?

On Wednesday last week, Rwanda restricted entry of commercial cargo trucks from Uganda, at Katuna, which is the busiest crossing point on the Uganda-Rwanda border.

While Rwanda explained that the trucks from Uganda could use other border crossings, as it completed an ongoing project to revamp the Katuna border post, traders and authorities in Uganda have described as ‘unfortunate’ that ‘movement of people and goods across our common border with Rwanda, ‘has been restricted’.

Rwanda has also issued a travel advisory ‘strongly advising’ its citizens not to travel to Uganda, because of ‘ongoing arrests, harassment, torture, incarceration without consular access’.

How has Uganda responded?

Uganda on Tuesday addressed all the accusations leveled against it by Rwanda, simply describing them as ‘false’ and ‘not true’.

‘‘It is not true that Uganda arrests, tortures and harasses Rwandans.’ ‘

‘‘It is false that Uganda hosts any elements fighting Rwanda.’ ‘

‘‘Uganda is committed to addressing any trade related issues…’ ‘

In January this year, Uganda deported Annie Bilenge Tabura, a Rwandan national, who was working with the biggest telecommunications company in Uganda (MTN) as Head of Sales and Distribution. She was accused of planning to compromise national security.

Last year, Museveni hosted his counterpart, Rwanda’s Paul Kagame and reduced the deteriorating relations to ‘a lapse in communication’.

How close are Rwanda and Uganda?

Rwanda and Uganda have a shared political, ethnic and security history that has alternately been friendly and hostile over the decades.

The two countries nearly went to war in the late 1990s after their forces clashed in neighboring Democratic Republic of Congo where they jointly helped topple former dictator Mobutu Sese Seko before turning on each other.

Rwanda depends for much of its imports on a trade route through Uganda to Kenya’s Indian Ocean port of Mombasa. The same artery is also a pipeline for goods from Kenya and Uganda to Burundi and parts of eastern Democratic Republic of Congo.

Both Sezibera and Kutesa concluded their statements saying they hope to resolve the outstanding issues and normalize relations, even though the former noted that Rwanda has laid out these complaints to Uganda for two years now, with no positive results.

On the issue of trade sabotage, Sezibera mentioned on Tuesday that Rwanda is exploring the use of alternative trade routes and corridors such as Central Corridor via Tanzania.

Kagame told The East African newspaper last month, that the issues between Uganda and Rwanda have to be resolved because the alternative was ‘not worth thinking about’.

‘‘That must be resolved. Because the alternative is not something that we should even be thinking about, or entertaining,” Kagame said, adding that he is confident ‘the matter can be resolved’.

Ugandans and Rwandans who share a lot including homes, businesses and relationships are certainly hoping that the issues can be resolved amicably, and normalcy restored.