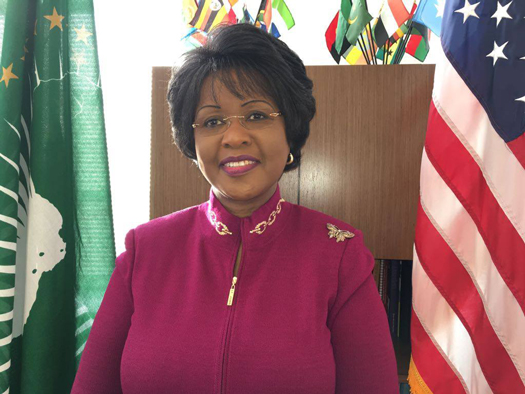 TO:  EXCELLENCY MR. XI JINPING, PRESIDENT OF THE PEOPLE’S REPUBLIC OF CHINA, ZHONGNANHAI, XICHENGQU, BEIJING.  FROM:     THE AFRICAN DIASPORA AROUND THE GLOBE SUBJECT: HUMAN RIGHTS VIOLATIONS AND INHUMANE TREATMENT OF BLACK PEOPLE LIVING IN CHINA.

The Africa Diaspora Development Institute (ADDI) is the umbrella organization of over 210 million people living in the diaspora.  For centuries, Africa has warmly and wholeheartedly welcomed Chinese nationals onto her shores, allowing them to settle, marry and prosper without a hint of racial discrimination, bigotry, harassment or intimidation. The former Chairperson of the African Union (between 2008 – 2012) Mr. Jean Ping was the child of a Chinese diaspora from Wenzhou, Zhejiang who came to Gabon as a timber harvester.   Currently there are over 10 million Chinese nationals living in Africa and are being treated with the dignity and respect that any human being deserves. It is against this backdrop that over 1.3 billion Africans on the continent and 240 million in the diaspora UNITE IN HORROR as WE watch our black brothers and sisters, sons and daughters being dragged like wild animals in the streets by Chinese authorities. Many have been kicked out of their homes and hotels and are subjected to insults and extreme inhumane treatments.  These are serious violations of rights which WE, black people are not going to stand by and tolerate. Africans are being accused of bringing COVID-19, the killer disease to China and the world knows very well that the COVID-19 begun in Wuhan, Peoples Republic of China, NOT Africa.

In 2018, We the Africans watched in silence as we were depicted as monkey’s in the lavish four-hour lunar new year show that was televised to millions across China. We have also been receiving numerous reports of Africa nationals being mistreated, slapped, kicked and spat on in the streets by racist Chinese nationals for absolutely no reason.  On the continent, Chinese nationals have been captured on video beating and mistreating their employee’s as well as actually insulting an African President, H.E President Uhuru.  These troubling events are taking place in the background of your government’s plan to send over 300 million Chinese to Africa by 2030. Your Excellency, how exactly do you think that this is going to work?  Africans have endured centuries of inhuman treatment, abuse, racial and social economic discrimination. This legacy of abuse is so blatant that for the last 3 months, our African brother – the Director General of the World Health Organization (WHO) – Dr. Tedros Ghebreyesus has endured racist insults and even death threats from some other nation in Asia. Dr. Tedros condemned these insults as artifacts of a colonial mentality, leveled against the whole black race.  The United Nations is the international watchdog for all human rights abuses around the world and as a permanent member of the UN Security Council, China should be the last country to violate human rights.   The inhumane actions against Africans taking place in the People’s Republic of China are deplorable, unlawful and criminal. They contravene international human rights norms and conventions and have the potential of precipitating reprisals against Chinese nationals on the African continent.   Such barbaric, unprecedented attacks against the black race will definitely erode the friendly diplomatic relations that the East, especially, the People’s Republic of China, enjoys with all the African countries. While recognizing that the majority of your citizens are good people, a few among them are bad apples, who’s behavior should not tarnish the good relations that China has had with African countries.  Your Excellency, we know that you are a good person and you would not tolerate harassment, intimidation and inhumane treatment of Chinese diaspora living in other parts of the world. We know that you would demand that your brothers and sisters be treated in a manner that is right, just and fair at all times.

Your Excellency, in this same spirit, we urge you in the strongest of terms, to put an immediate end to the harassment, intimidation and inhumane treatment meted against our African brothers and sisters, sons and daughters living in your country. Please accept this letter in the spirit with which it was written. Sincerely,