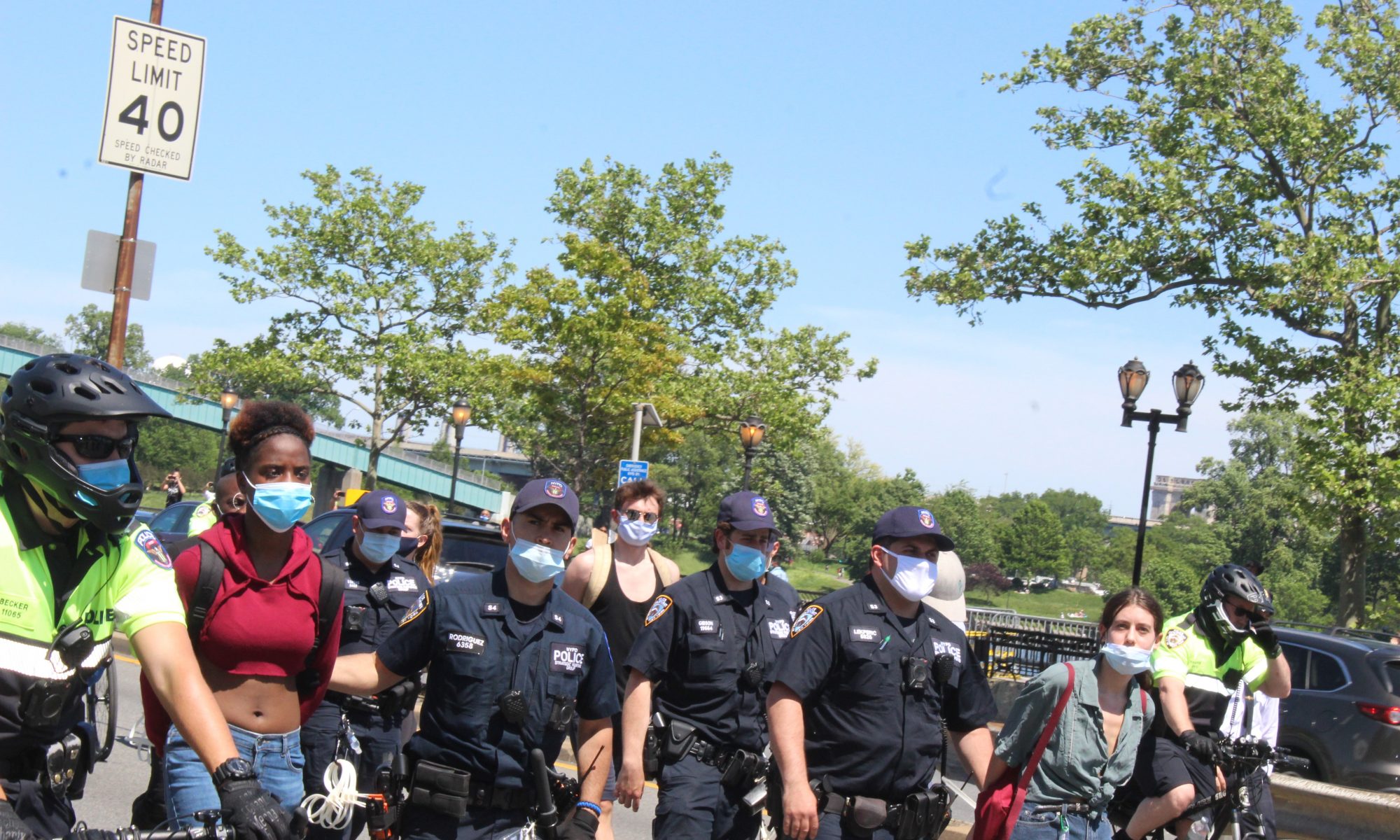 Protesters took the streets this morning in Harlem and across New York City to demand justice for George Floyd.

A group called Harlem’s Solidarity for George Floyd has initiated a peaceful march and thousands gathered at 125 Street and Adam Clayton Powell Jr. Boulevard defying social distance restrictions as protesters clashed with the police and many were arrested. 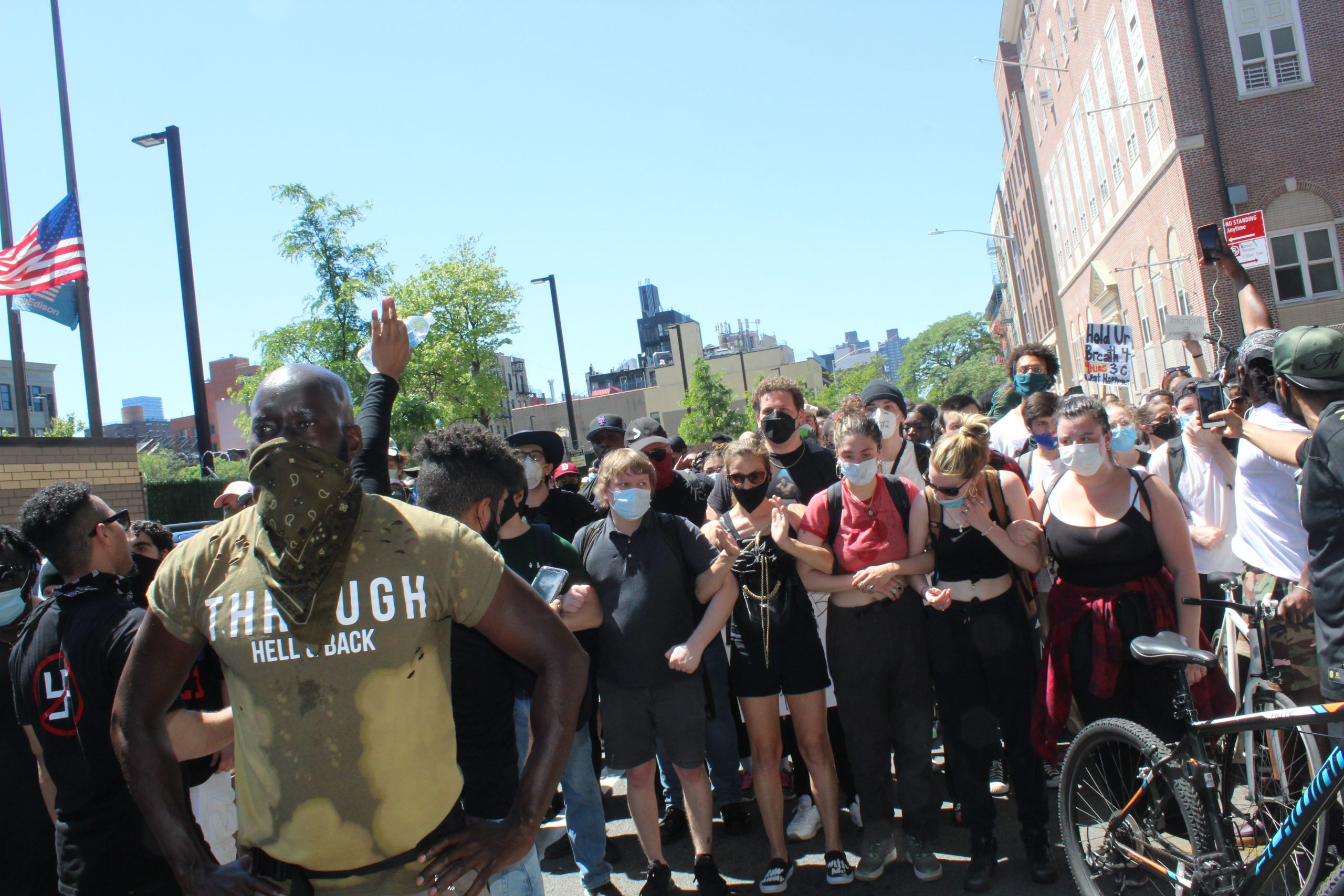 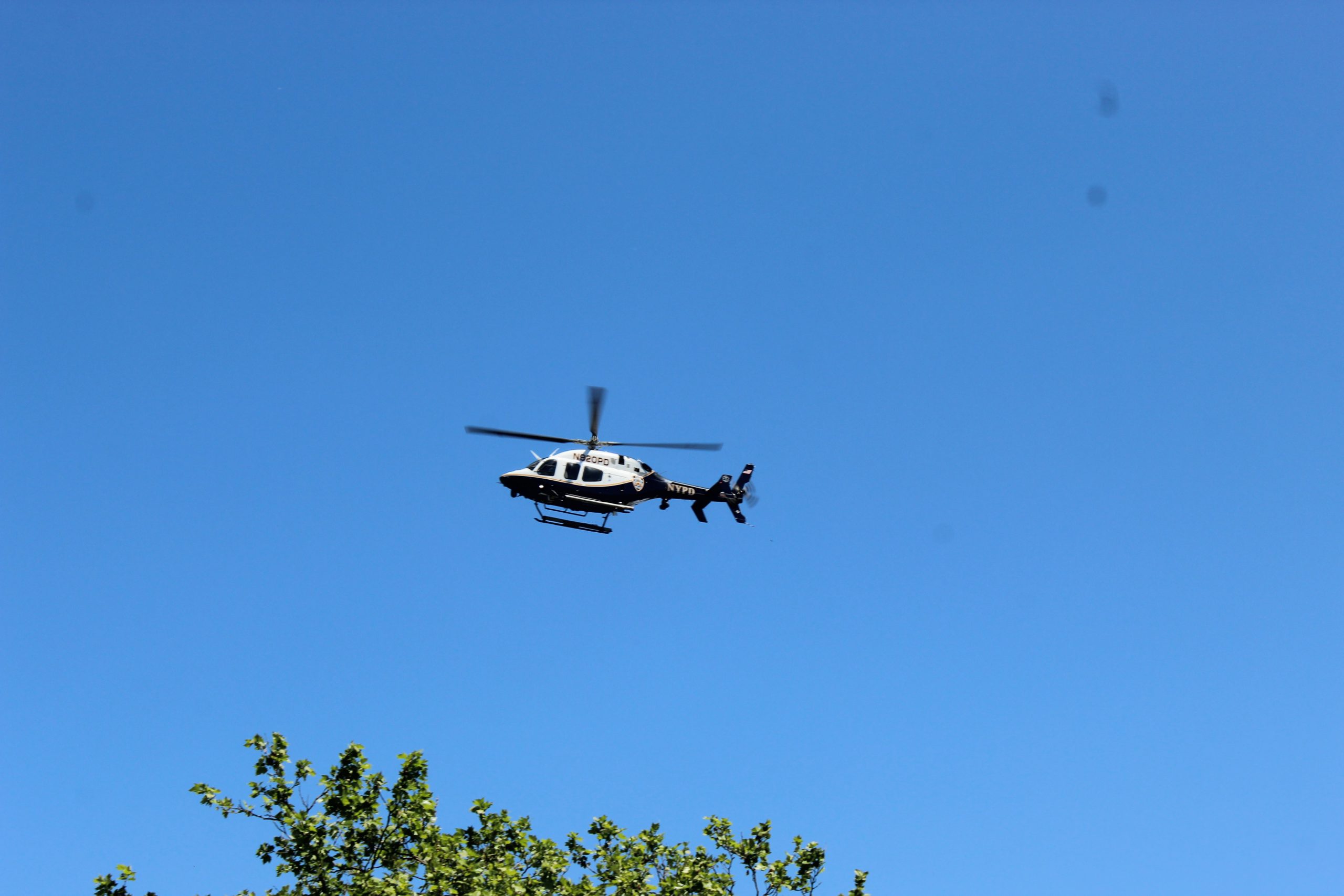 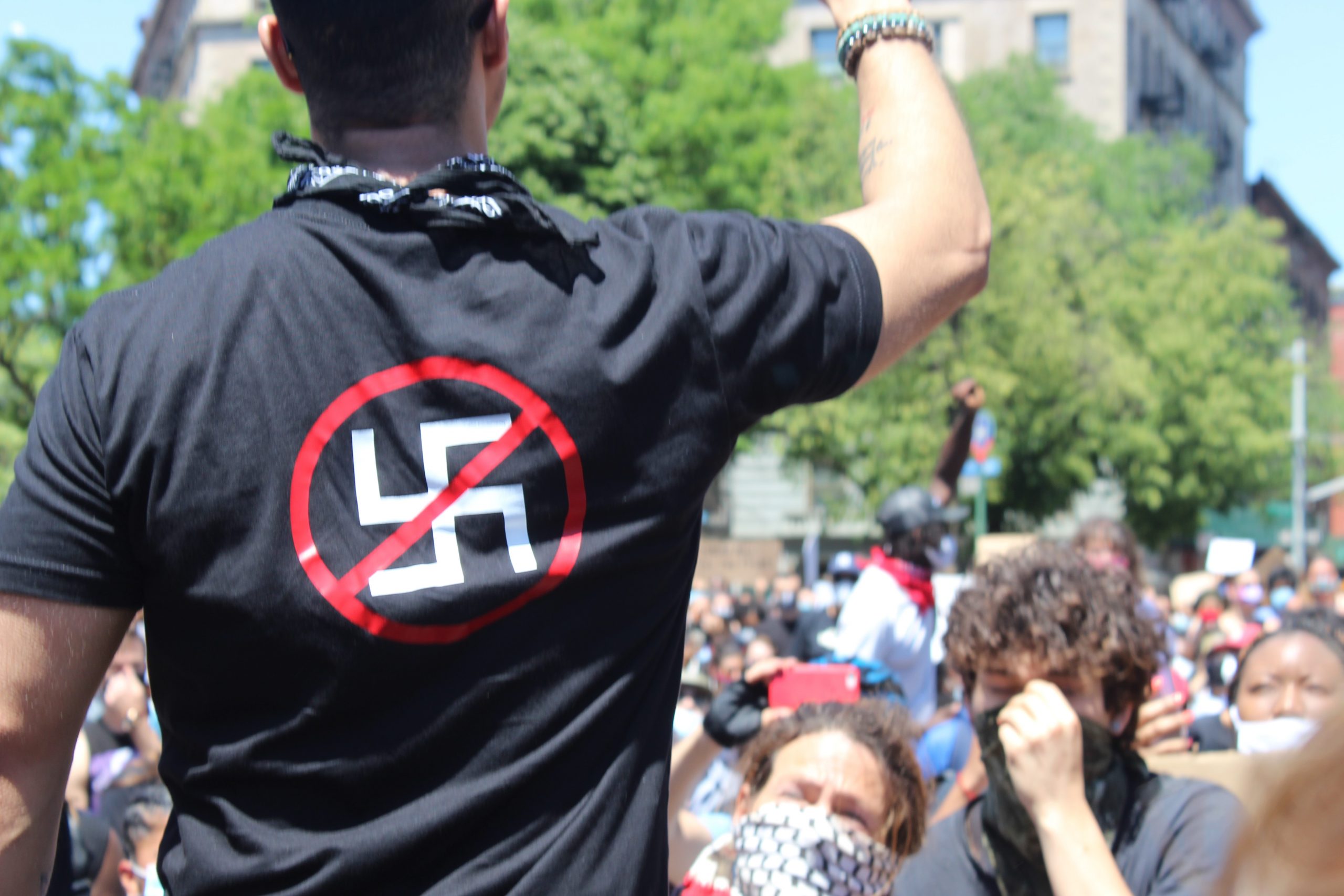 They were now the only masters of the road and they walked down to 96 street where police officers blocked the highway with vehicles, motorbikes, and bicycles. Protesters were trapped between the Harlem river and 1st avenue. Many of them  including two leaders were arrested.

The main leader who wore  a black T – shirt with a Nazi symbolism, managed  to scape.  He reorganized the crowd at 90 street and 1st avenue. “ We are going to make sure they ( police officers) know about theirs actions,” he said. “Amen brother,” protesters said. 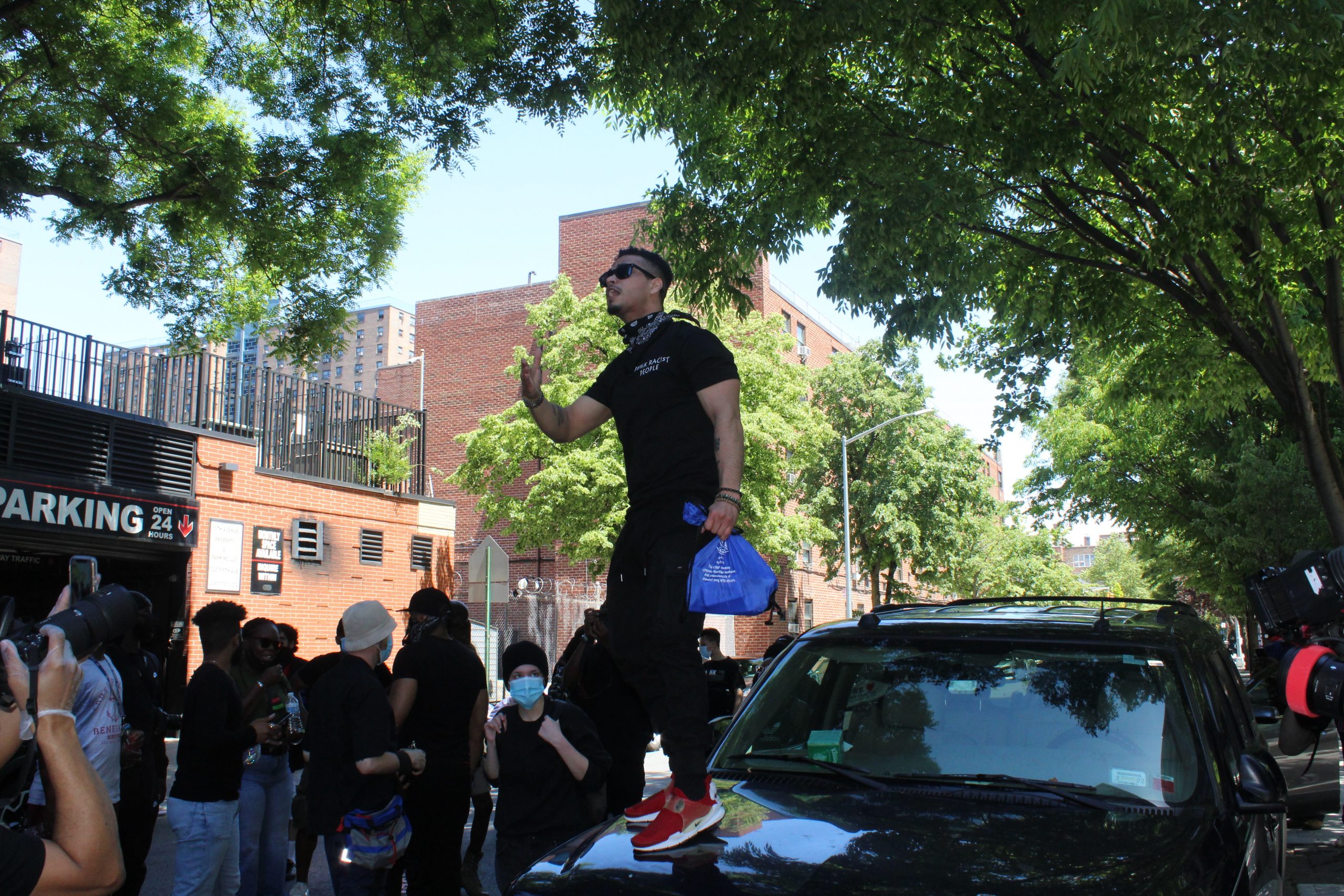 They then walked down to 86 street where they took Q train to Union Square ( 14 street) where another group of protesters hold a meeting. Together they demanded justice for George Floyd and chanted slogans against police policers.

George Floyd was a black man who died in police custody, after Derek Chauvin, a police officer  knelt on his neck on a Minneapolis street.