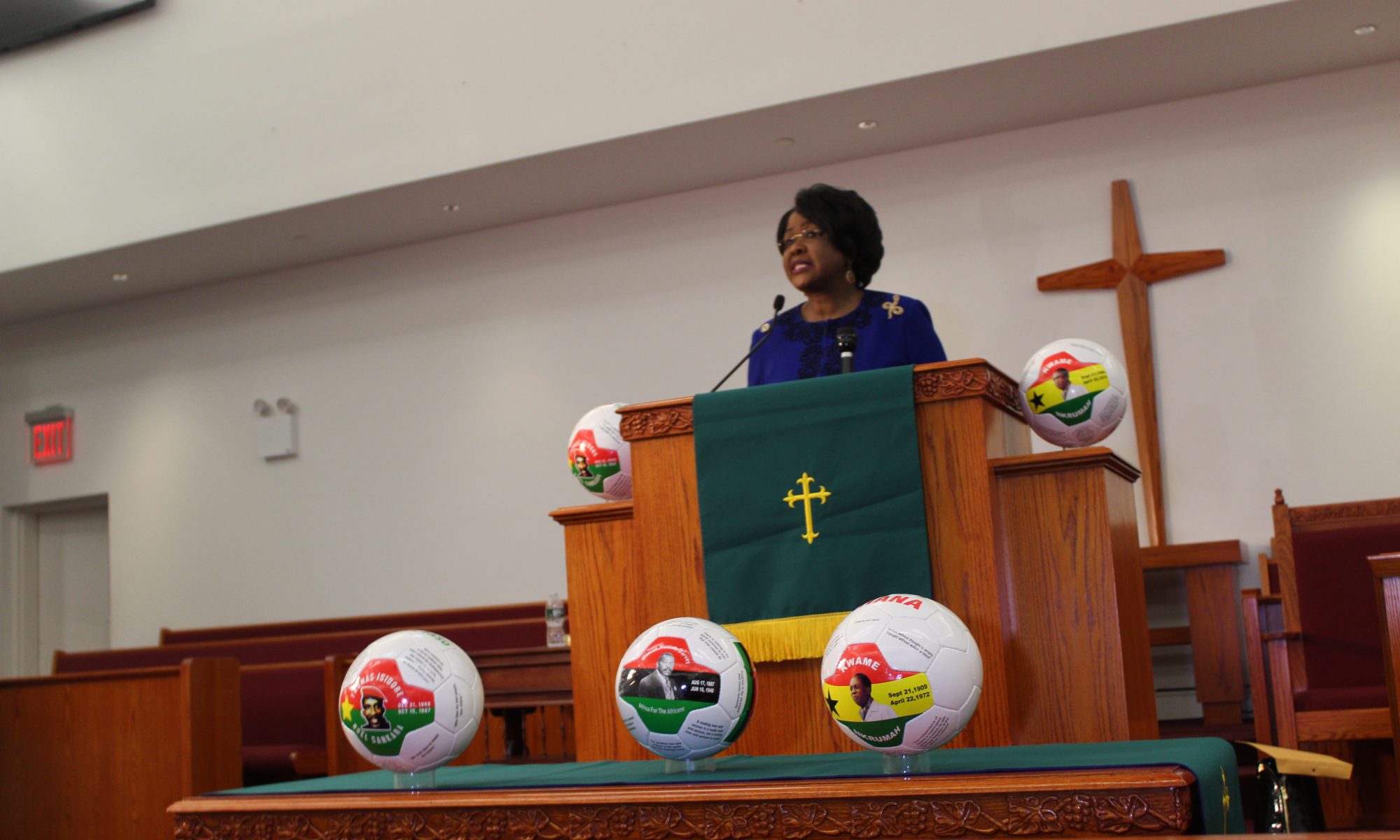 The unbeatable Dr. Arikana Chihombori-Quao the former  ambassador for the African Union in Washington DC has attended in October 19, 2019 in Harlem, a conference on “Pan Africanism, past, present, and future,” alongside with Paul Sankara the brother of late President of Burkina Faso Thomas Sankara, professor Leonard Jeffries, and Raymond Dugue.

“My mandate is to promote Africa in the Americas and more importantly, to mobilize the African diaspora – meaning all people of African descent living outside of Africa,” Her Excellency Arikana said in 2015 as she received  the “Women of Excellence Award” at the African Union Summit before she was appointed as the African Union representative to the US in October 7, 2017.

However, in October 7, 2019, she has received a letter from the African Union Commission Chairman, the Chadian – born  Moussa Faki who said  she is no longer the African Union “Permanent Ambassador” without specifying for what reason she was terminated. 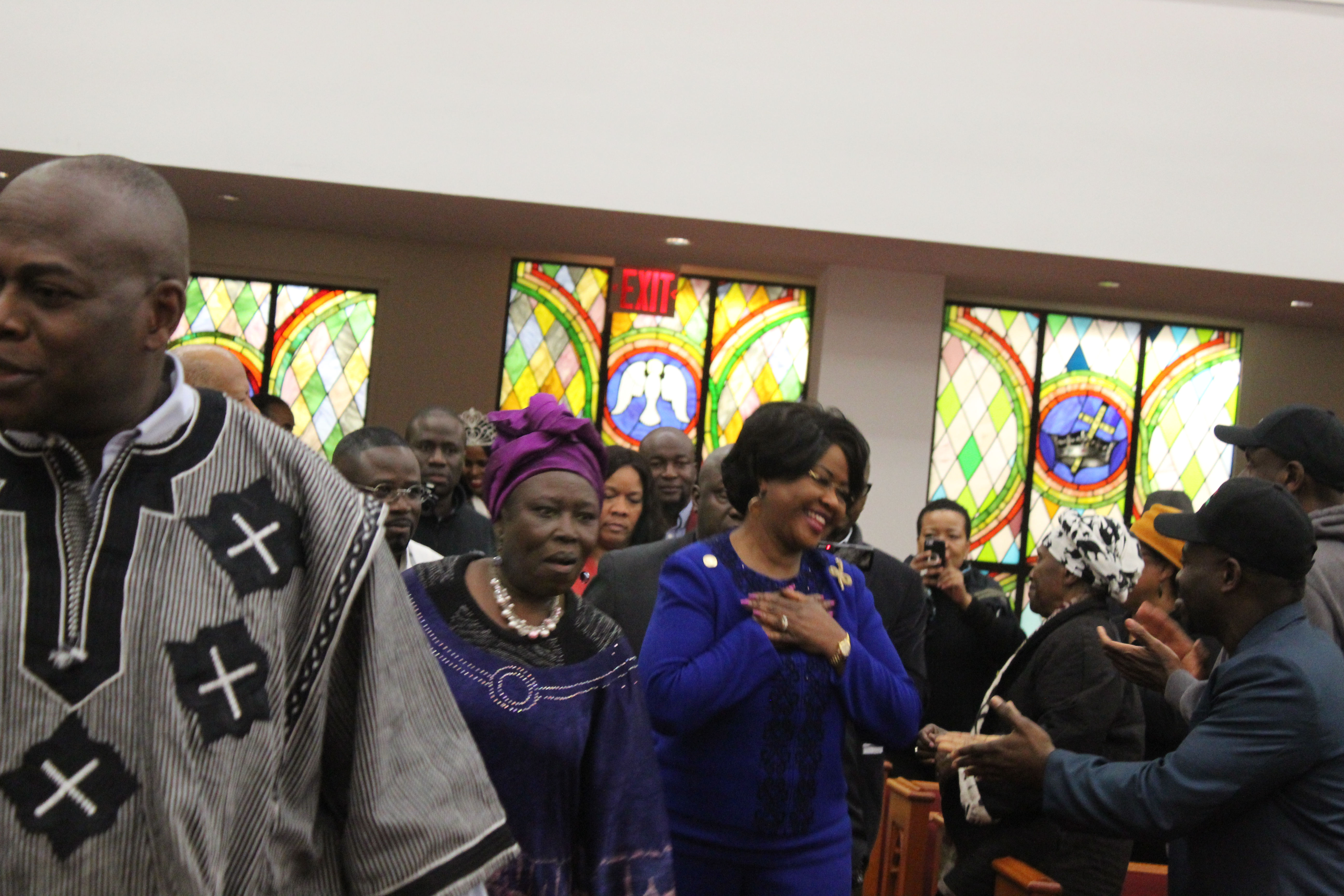 The sanction, as it is must be called, instead of breaking her inspiration and determination, has boldly  galvanized her and sheds light  that she is in the right track. She has kindled the flame of hope.

“It is time to decolonize ourselves, the shackle of our mindset must be gone,” she said as she wore a blue robe that symbolizes loyalty, strength, wisdom and trust.

Dr. Arikana explained how she was appointed as Ambassador. It started by a midnight call from one of her friends, who made the proposal. She took a time to think about the decision she had to make. And finally, she accepted to fill in the position as she believed  she had a key role to play concerning the issue of race, unity, African diaspora, trade, and economy. 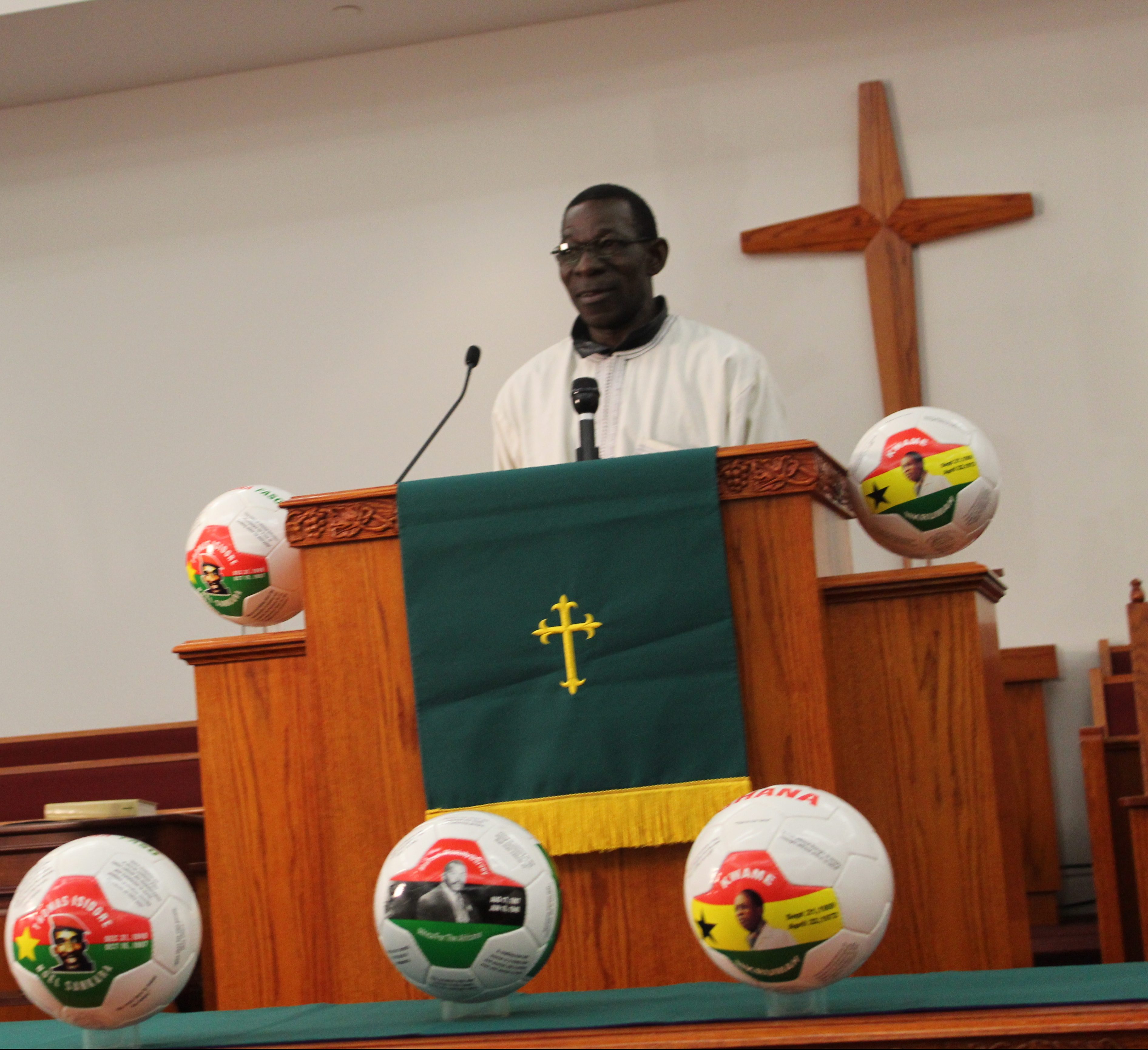 At the beginning it was Berlin Conference of 1884 – 1885 in which Europeans have decided to divide Africa in small portions. “Berlin has impacted the Africa we have today,” she said. “ The strategy they put in place 100 years ago still alive today.” And she added “they divided us.”

In term of policies, “They put in place policies that make Africans believe everything in Africa is bad and everything in Europe is good,” she said. “

The mind of  Africans has been formatted to accept their inferiority. “We do not have to tell our children they are inferior, they just know it,” Dr. Arikana said.  And furthermore, “the devil was black, and the angel was white.”

The new form of colonization today according to Dr. Arikana is economic.  The money we put in the European banks, is the same money we borrow from them, she said.  “Africa needs now economic independence.” She said as she called  for unity. “ Africa Diaspora needs to come together.” 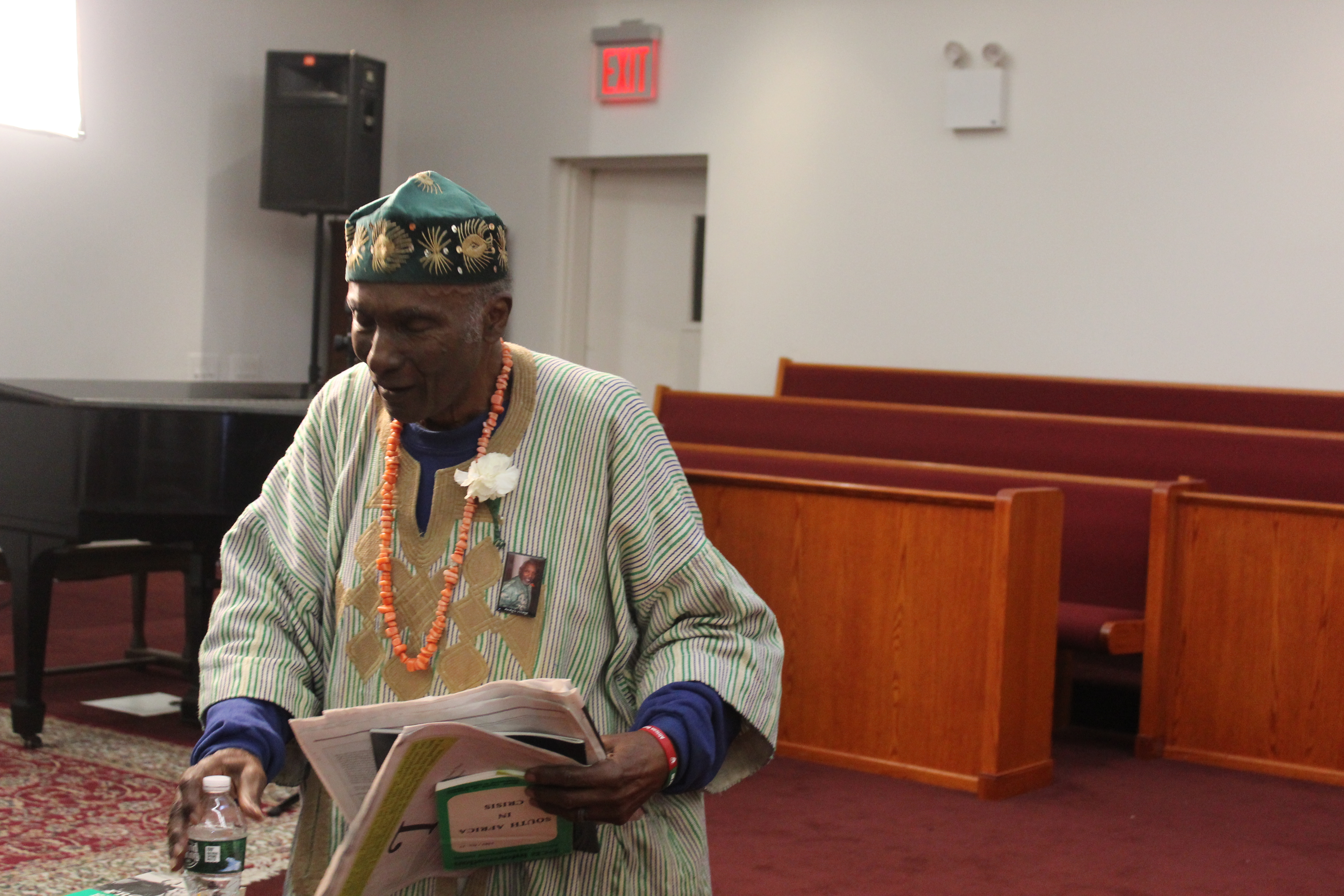 “Dr. Arikana is 100% right,” said  Paul Sankara for whom France is keeping control in Africa. He gave as example Libya with the death of Muammar Khadafi, and Cote d”Ivoire with the detention  in The Hague of President Laurent Gbagbo, and the assassination of Thomas Sankara of Burkina Faso. “ We need to control and own our wealth,” he said.

It is also known that brainwashing impacts seriously the life of those who are victims of it. Professor Jeffries as he was talking about Pan Africanism, said  that “our consciousness  has been destroyed.” “Whoever control your mind, control your history,” he said.

we may be  thinking  that development starts with natural resources. Professor Jeffries transcends that conception stating that “ our mind, body, and spirit,” may be part of that. “European dominated African land in the name of their God,”   he said.

Many believe that economy is one of the motivations that Europeans are still stubborn to stay in Africa. “Their economy is fallen, they need to recolonize Africa,” Raymond Dugue said. 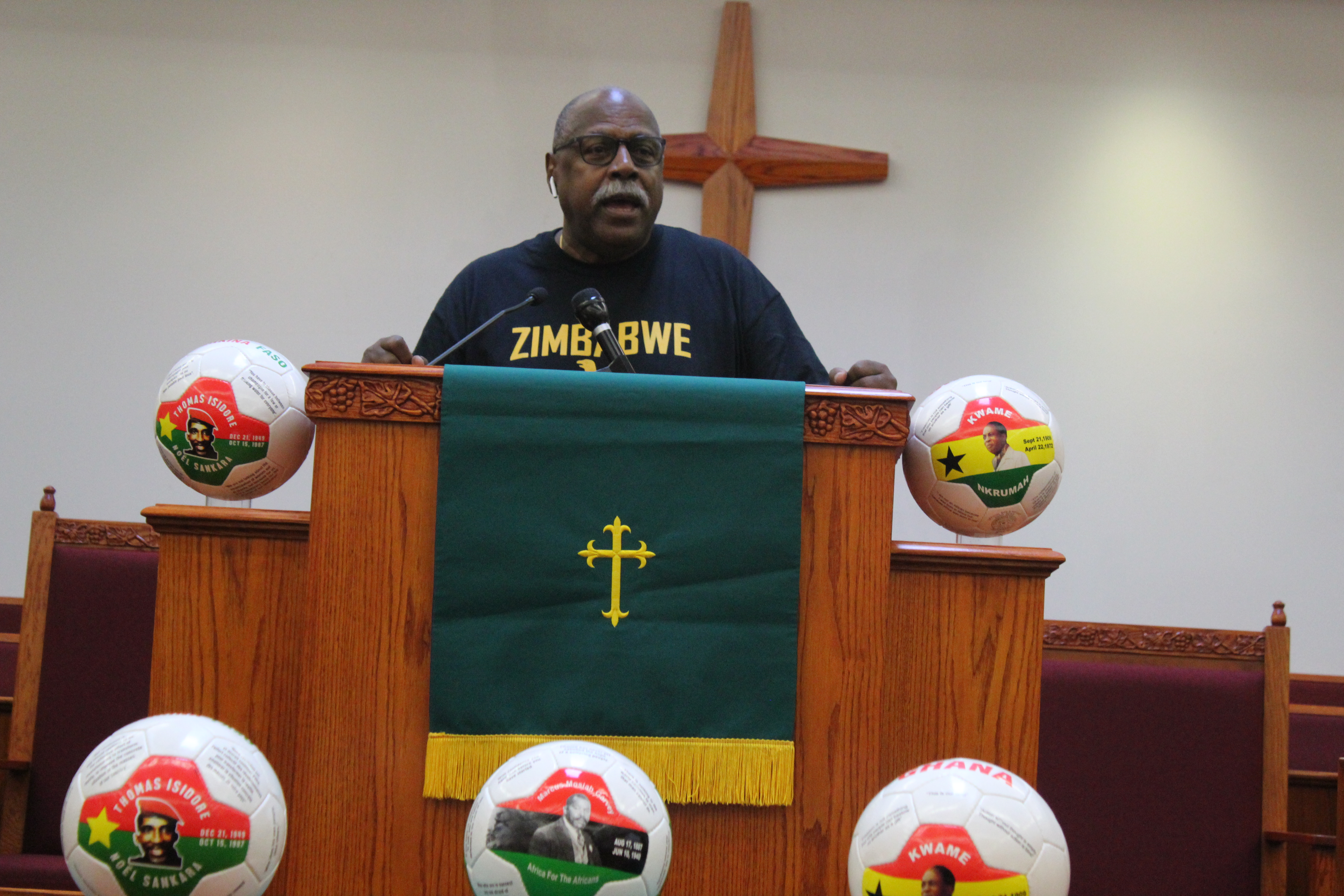 For that matter, Dr. Arikana who is a medical doctor, activist, public speaker, educator, diplomat, founder of medical clinics, and an entrepreneur, said “ we have to take our economic independent.”

She has been promoting  for a while African diaspora coming home. She said in January 2019 “We are beautiful, intelligent, sophisticated, highly adaptable and totally indestructible people – the Africans.” “Any other race that would have gone through what we’ve been subjected to would have been extinct and that’s the truth.”

An online petition has been launched for her reinstatement and every single African should sign it.