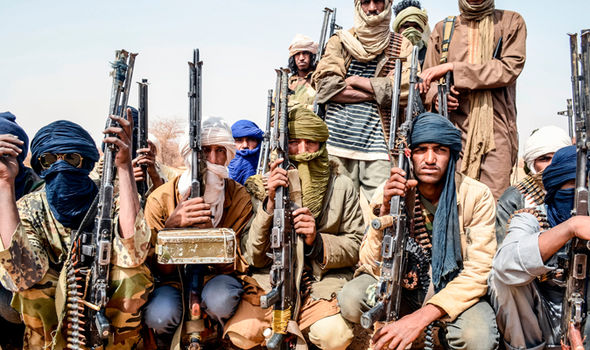 Islamist militant attacks are wreaking havoc in West Africa. An insurgency that began in northern Mali in 2012 has spread to neighboring Burkina Faso and is threatening coastal states including Benin, Ghana and Ivory Coast. Hundreds have died in recent months. Increased defense spending weighs heavily on the budgets of some of the world’s poorest countries. Gold mining, a crucial source of income for Mali and Burkina Faso, is also being affected.

1. What’s the source of the trouble?

Mainly continuing instability in Mali and, further afield, in Libya, where turmoil has opened up smuggling routes and access to weapons. A French military intervention in 2013 dealt a heavy blow to jihadist groups that partnered with ethnic Tuareg rebels to seize control of northern Mali a year earlier. Deprived of their urban bases, the jihadists resorted to bombings and hit-and-run attacks, targeting army posts and the 15,000-person United Nations peacekeeping mission. They extended their operations to Burkina Faso, where a state of emergency in several border regions has done little to improve security. There have also been intermittent attacks in Niger, including a high-profile ambush in 2017 that claimed the lives of four American soldiers. The jihadists have exploited and fueled age-old tensions between farmers and cattle herders who compete for land and scarce resources in Mali, Burkina Faso and Nigeria, recruiting members of aggrieved communities to their cause.

2. Which jihadist groups are involved?

There are numerous militants in the region and the line between jihadist and non-jihadist groups is often unclear. The oldest and best-known jihadist organization is al-Qaeda in the Islamic Maghreb, which operates in the Sahara desert and the Sahel, an adjacent semi-arid zone to the south. Originally formed under a different name to fight Algeria’s secular government in the 1990s, the organization aligned with al-Qaeda in the 2000s and helped Tuareg rebels capture northern Mali. In 2017, four groups — AQIM, Ansar Dine, an offshoot called the Macina Liberation Movement and Al Mourabitoune — announced that they had joined forces under the banner the Group for Supporting Islam and Muslims, known by its acronym JNIM.

3. Does Islamic State have a presence?

Yes, and its influence is growing. Islamic State in the Greater Sahara, formerly the Movement for Unity and Jihad in West Africa, claimed responsibility for an attack Nov. 1 on a military base in northern Mali that killed 53 soldiers and a civilian. Islamic State in West Africa Province, an offshoot of the Nigerian terrorist group Boko Haram, mainly operates in the Lake Chad area in northeastern Nigeria. While Islamic State and al-Qaeda have different strategies, fighters are believed to often pass back and forth between their coalitions.

4. Why is it so difficult to stop the jihadists?

The Sahel and the Sahara are vast spaces with hostile climates, making it difficult for national governments to control them. Analysts say jihadists have been able to gain influence in the region because state institutions are weak and have little reach beyond the main cities. Some jihadist groups provide social services to isolated communities, while others use social media to promote a narrative of government neglect. They also exploit ethnic differences and discontent among the young, who have slim job and marriage prospects. Radicalization is often fueled by resentment against the secular state. In the Sahel, where most young people are raised as pious Muslims, strict versions of Islam can tempt those who experience what the International Crisis Group calls “a potent sense of alienation.” 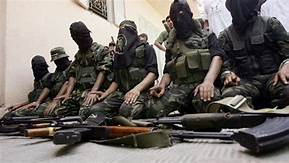 5. How are governments responding?

They are sharing intelligence and cooperating more closely. Burkina Faso, Mali, Chad, Niger and Mauritania set up a regional force of 5,000 soldiers to fight terrorism and organized crime in border zones. The joint force works alongside the UN peacekeepers in Mali and a 4,500-strong mobile French force known as Barkhane.

6. Is there a downside to the use of force?

There’s unease among political analysts over the militarization of the region. Many Malians initially hailed the French troops as liberators but view them with suspicion today. Persistent reports of extra-judicial killings and torture during security crackdowns by troops in Mali and Burkina Faso are stoking distrust of the state among local populations that are already under pressure from militants. Defense spending has ballooned in Niger, Mali and Chad, at the expense of health and education. Experts agree that any effective long-term strategy against the jihadists must include ways of reversing the alienation felt by young West Africans. That means strengthening local governance, tackling corruption and creating jobs.

7. How have gold mining operations been affected?

A boom in small-scale gold mining in Mali, Burkina Faso and Niger has provided armed groups new sources of funding. They smuggle gold, provide security to operations in areas where the state’s presence is thin or, alternatively, extort miners. Gold production, the main driver of exports in Burkina Faso and Mali, also provides targets for armed groups. Two attacks this year on gold mines in Burkina Faso — one artisanal and the other operated by Canadian miner Semafo Inc. — left more than 60 people dead