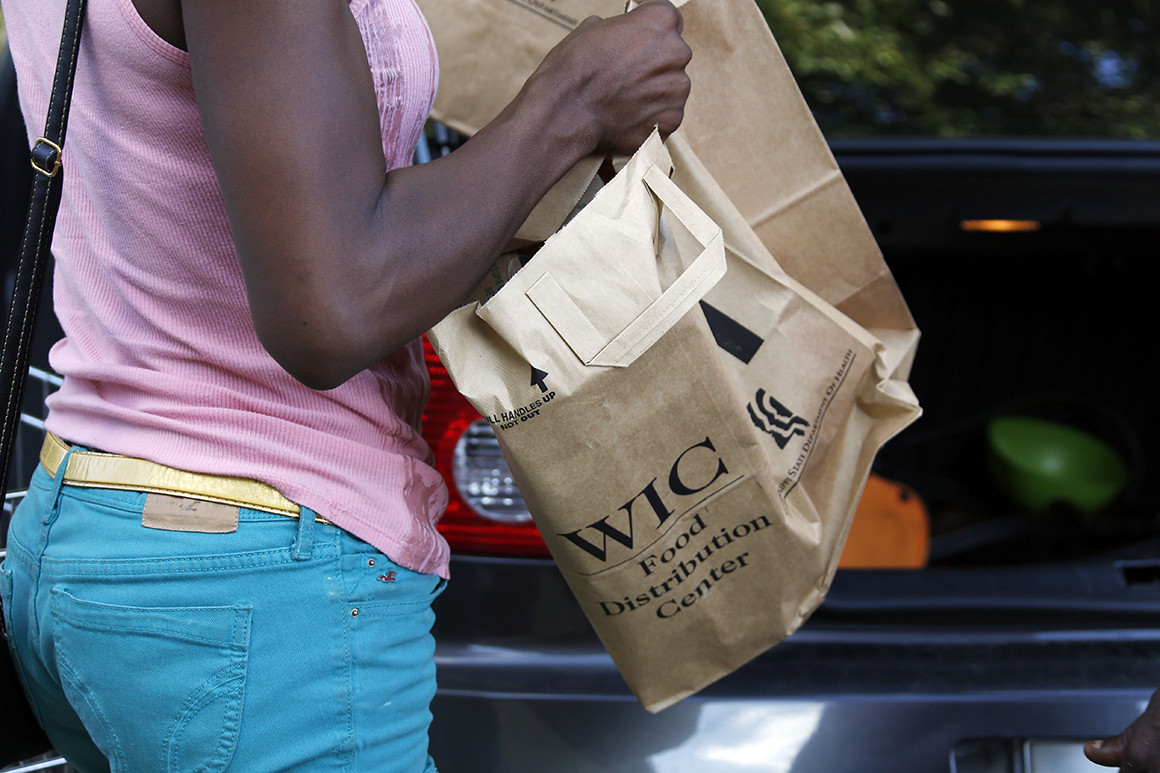 Both documented and undocumented immigrants fear that accepting federal aid could make them ineligible for a green card if rules are changed.

Immigrants are turning down government help to buy infant formula and healthy food for their young children because they’re afraid the Trump administration could bar them from getting a green card if they take federal aid.

Local health providers say they’ve received panicked phone calls from both documented and undocumented immigrant families demanding to be dropped from the rolls of WIC, a federal nutrition program aimed at pregnant women and children, after news reports that the White House is potentially planning to deny legal status to immigrants who’ve used public benefits. Agencies in at least 18 states say they’ve seen drops of up to 20 percent in enrollment, and they attribute the change largely to fears about the immigration policy.

The Trump administration hasn’t officially put the policy in place yet, but even without a formal rule, families are already being scared away from using services, health providers say.

Health advocates say the policy change could put more babies who are U.S.-born citizens at risk of low birth weight and other problems — undermining public health while also potentially fueling higher health care costs at taxpayer expense. WIC — formally the Special Supplemental Nutrition Program for Women, Infants, and Children — serves about half of all babies born in the U.S by providing vouchers or benefit cards so pregnant women and families with small children can buy staple foods and infant formula. The program is also designed to support women who are breastfeeding.

Because it benefits babies, the vast majority of whom are U.S.-born citizens, WIC is among the least politically controversial programs that the administration is said to be targeting in its crackdown.

“The big concern for all of us in the WIC community is that this program is really about growing healthy babies,” said Rev. Douglas Greenaway, president and CEO of the National WIC Association. “When any population that’s potential eligible for this program is either driven away by changes in regulation or legislation or simply by political rhetoric inducing fear there are huge personal consequences to those babies and their families.”

The White House did not respond to requests for comment.

The immigration proposal, which White House officials are working on ahead of the midterms as a way to energize the Republican base, would primarily affect legal immigrants already in the U.S. who are seeking a green card and people applying for legal admission to the U.S. It could also affect undocumented immigrants if they want to seek legal permanent residency in the future — a change that would represent a substantial expansion of the definition of public charge.

Under a provision known as public charge, U.S. immigration law has for more than a century allowed officials to reject admission to the country on the grounds that potential immigrants or visitors might become overly reliant on the government. But until now, officials have looked narrowly at whether someone would need cash benefits such as welfare or long-term institutional care. Immigration hawks in the Trump administration are pushing to consider would-be immigrants’ use of a much broader array of services, including non-cash assistance like food stamps, Head Start, Medicaid and WIC, according to versions of the proposed rule that were obtained by news organizations earlier this year.

Undocumented immigrants do not qualify for most government aid programs, but such an expansion of public charge could apply to the whole family. In the past, if a mom was applying for a green card her own use of public benefits might be examined. Under the proposed change, her child’s enrollment in Medicaid or Head Start would weighed as a negative factor, even if that child is a U.S. citizen.

Trump administration officials have argued that they are simply trying to clarify and enforce current immigration law.

“The goal is not to reduce immigration or in some diabolical fashion shut the door on people, family-based immigration, anything like that,” said Francis Cissna, director of U.S. Citizenship and Immigration Services, at the National Press Club earlier this month.