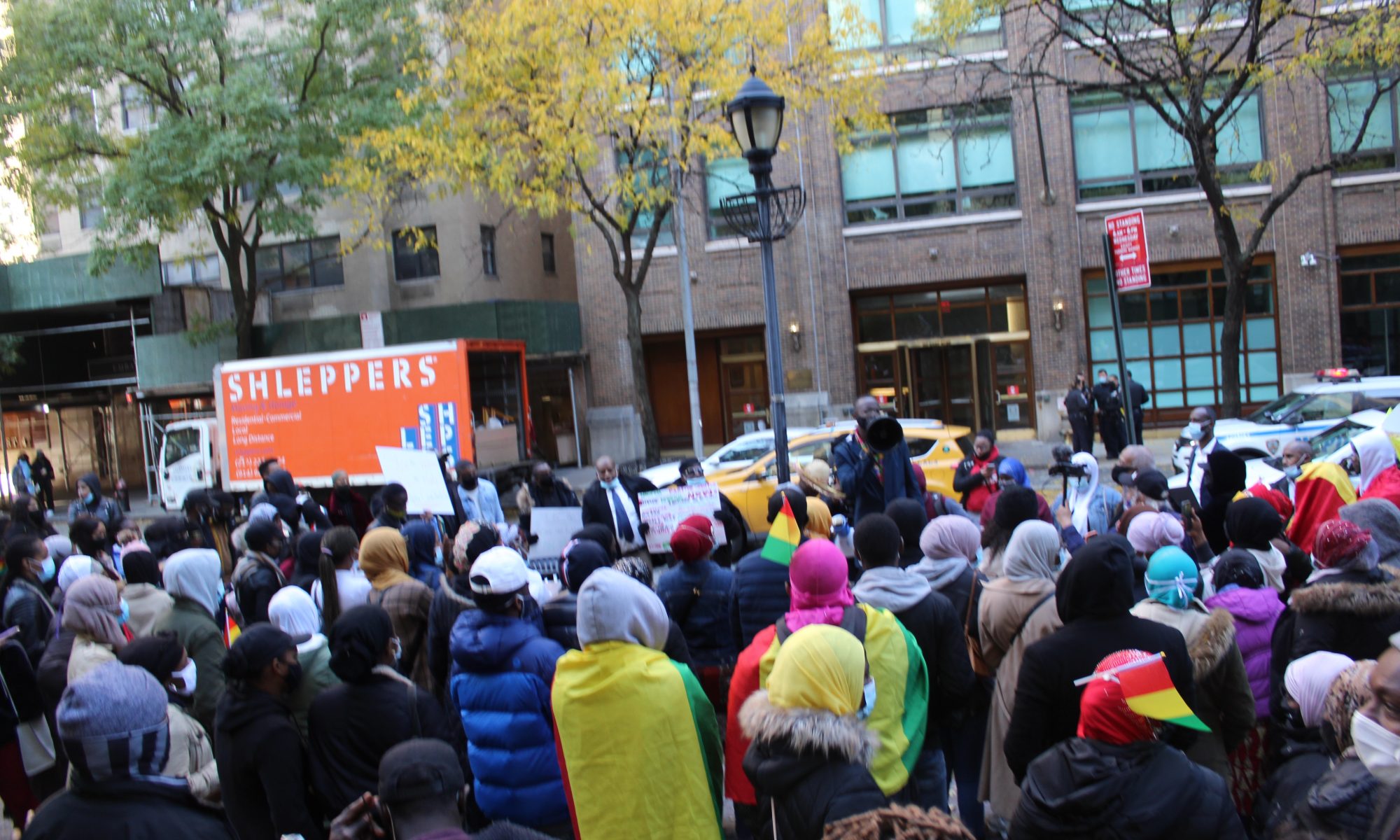 African communities in New York – most of them were Guineans – took the streets in New York on October 31st, 2020 “ to denounce the violence and injustices happening in countries across the African continent,” specifically in Guinea and Nigeria.

” Africa is bleeding from police brutality in Nigeria to post-election violence in Guinea,” organizers said. 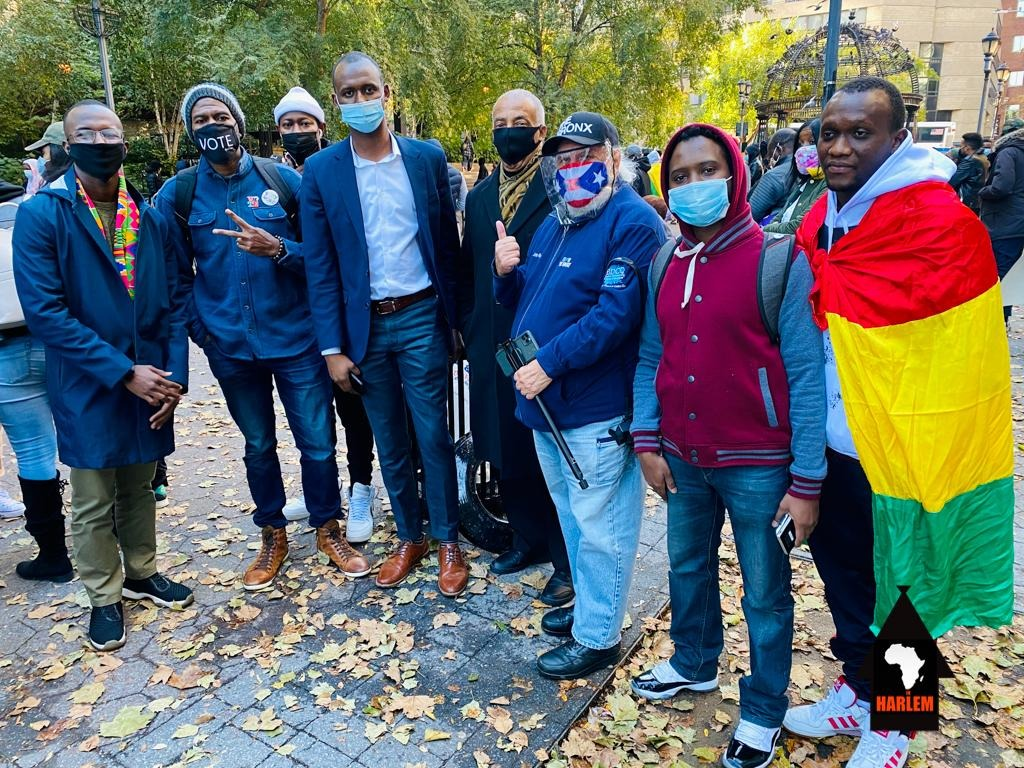 Cellou Dalein Diallo the opposition leader in Guinea who run for presidential election in Guinea appeared on computer screen and talked directly to the audience. He accused  Guinea president Alpha Conde of killing 240 people after Mr. Diallo announced before the official results were revealed that he is the winner of the presidential election,  and people took the streets in Guinea to protest against president Conde who was running for a third term.

“I run against an illegal candidate,” said Mr. Diallo who said that president Conde has changed the Guinean ‘s constitution that allows him to run for a third term. Mr. Diallo said he wants justice for those who died. “President Conde must go” he said. 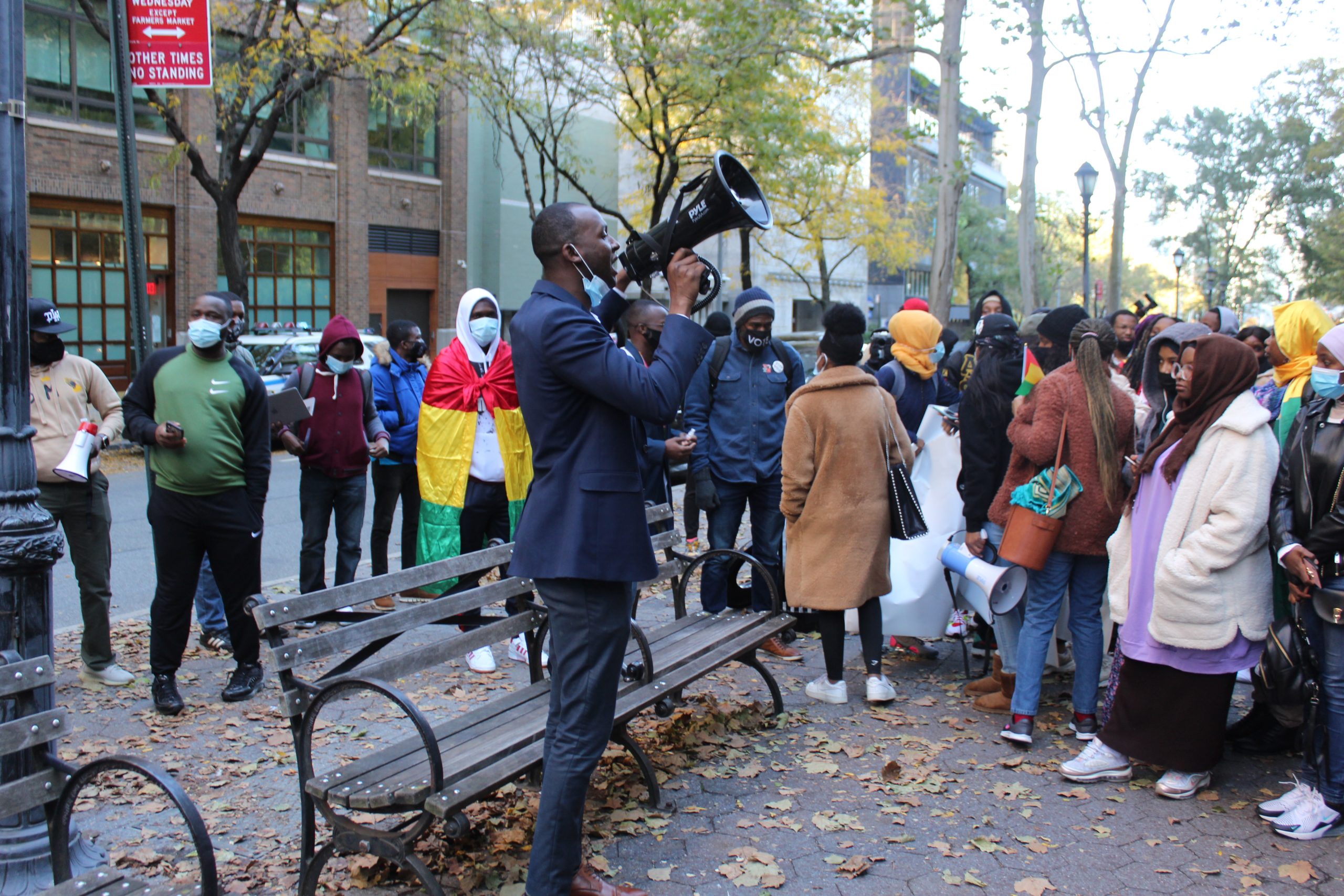 “When you hit one of us, you hit everyone of us,” Assemblyman Charles Barron said. “I am going to take this fight to the New York State Assembly,” he added.

Abdourahamane Diallo  who is candidate for New York City Council District 16 and who is serving on the Bronx Democratic county committee District 79, is one of the organizers. For him “It is our duty to fight for justice.” “Let’s keeping fighting,” he said.