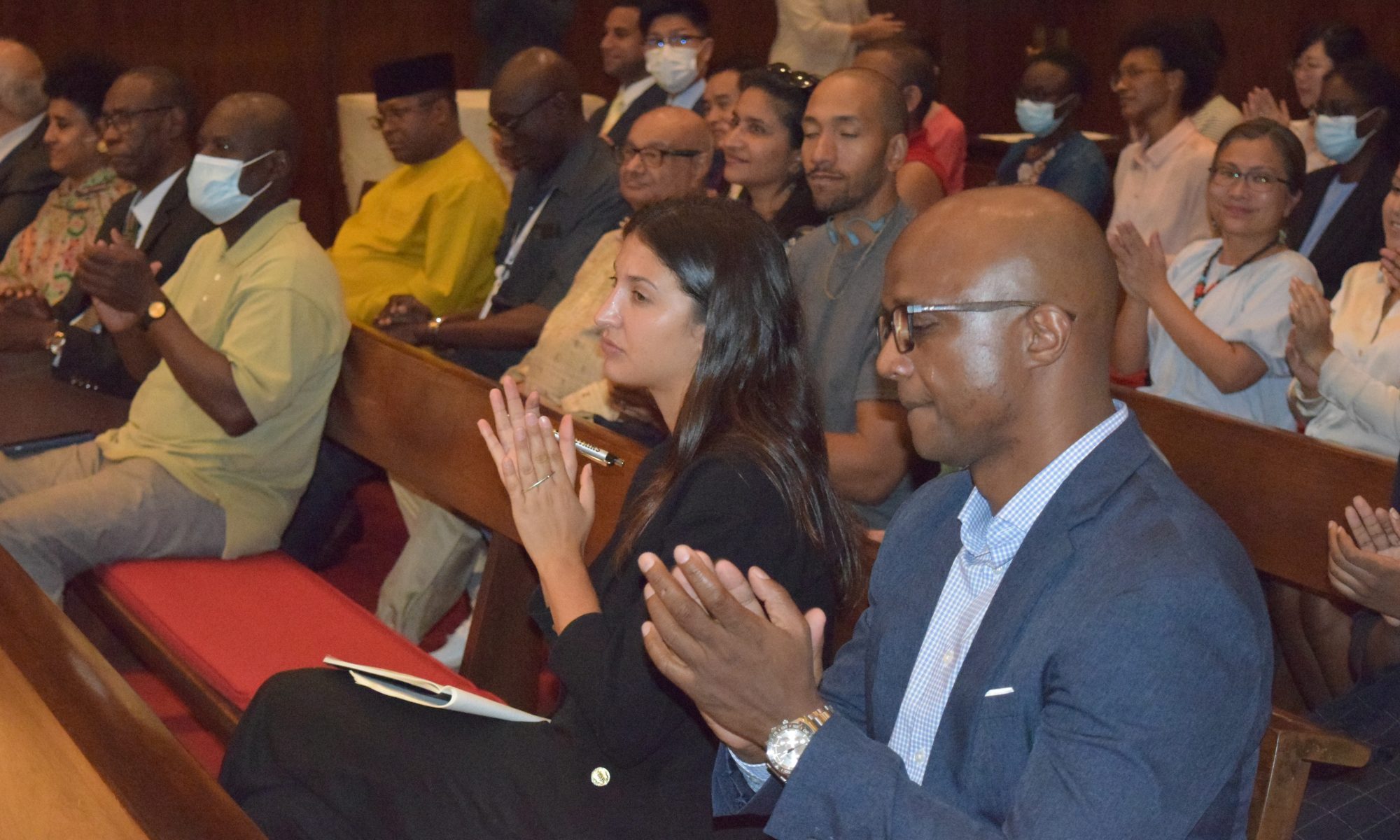 Heavenly Culture, World Peace, Restoration of Light (HWPL) has held on September 14, 2022, in the headquarter of United Nations a meeting with its partners to talk about peace in the world.

Man Hee Lee, the chairman of Heavenly Culture, World Peace, Restoration of Light (HWPL), which is a Non – Governmental Organization, addressed in a video speech the importance or the urgency to spread the culture of peace in the world.

In observance of the International Day of Peace celebrated each year on September 21st by the United Nations, the meeting was an opportunity according to the organization to “acknowledge the efforts being made to promote and achieve sustainable peace throughout the global village in order to create a better world for future generations.”

Mr. Lee said that if we are living in the same world, we are all neighbors, brothers and sisters. “Let’s help each other to create a good world. No one will make a good world for us. We have to make it by ourselves,” he added.

HWPL and its partner are standing side by side with the United Nations in their quest to bring peace to the world.   And Mr. Lee has pleaded for the end of the war between Russia and Ukraine.

“To the Russian’s authorities I would like to ask them to stop the war against Ukraine. The war must stop. Please stop the war. Everything should be resolved with dialogue. The war must come to an end. Nations should not take their weapons against nations,” he said.

Cheickh Niang, the permanent representative of Republic of Senegal to United Nations, has also asked Russia and Ukraine to stop fighting against each other. It was an opportunity for him to put a finger on the double standards that the world shows when it comes to promote peace and to call for the end of wars around the world. He said that the world’s solidarity for Ukraine in the fight against Russia is overwhelming compared to what it has done for other parts of the world.

“Western countries failed to help West African countries that are struggling to live in peace because of terrorism,” he said.  “I know that they sent military assistance as Takuba but I am sure that they can do more. If they have given 10% of what they gave to Ukraine to the Sahel, the result will be different.” And he concluded: “What is happening in the Sahel has a direct consequence in Europe and the rest of the world in term of immigration.”

According to the director of Faith Based and Community Partnership Initiative of New York City, Pastor Gilford Monrose “Whatever happens in the World in term of conflict, affects New York City. That is the reason why spreading peace around the World is an important action that New York City supports; and that is why the mayor of New York Eric Adams has created the Faith Based and Community Partnership Initiative and we are working side by side to resolve issues regardless of where people are coming from.” He has thanked HWPL for the amazing work it is doing to promote peace.

Yong Min Shin the HWPL East Coast Branch Director has encouraged everyone to have peace in mind in their everyday actions. “Peace is a basic and essential human right. Peace doesn’t belong to some privilege groups. It is for everyone,” he said.

HWPL has also held on September 18, 2022, a virtual event to commemorate the 8th anniversary of the September 18th HWPL World Peace summit.

Heavenly Culture, World Peace, Restoration of Light (HWPL) is a Non-governmental Organization based in South Korea and its goal “is to weave the values of peace into our social fabric, allowing mutual respect, harmony, and cooperation to become part of our cultural and societal norms, laws and values.”