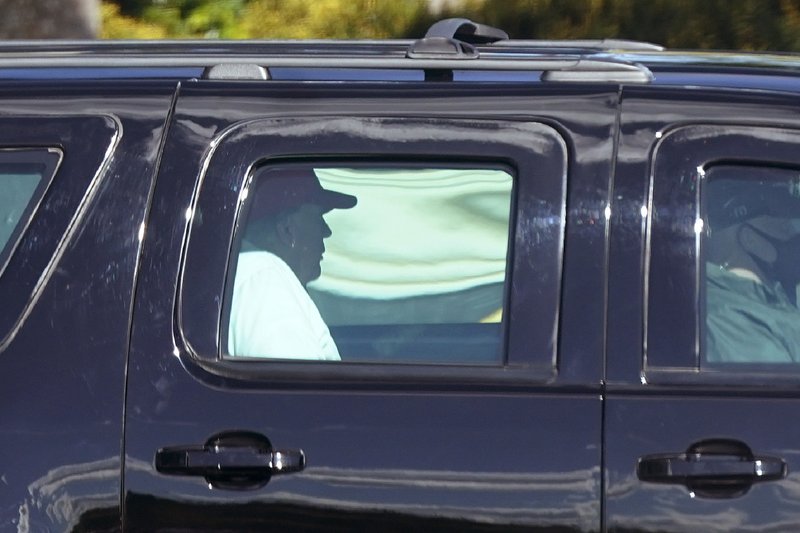 Trump blindsided members of both parties and upended months of negotiations when he demanded last week that the package — already passed the House and Senate by large margins and believed to have Trump’s support — be revised to include larger relief checks and scaled-back spending.

If he continues his opposition, the federal government will run out of money at 12:01 a.m. Tuesday while he spends the holidays golfing in Florida.

Days ago, Democrats said they would call House lawmakers back to Washington for a vote Monday on Trump’s proposal to send out $2,000 relief checks, instead of the $600 approved by Congress. But the idea is likely to die in the Republican-controlled Senate, as it did among Republicans in the House during a rare Christmas Eve session. Democrats were also considering a vote Monday on a stopgap measure aimed at keeping the government running until President-elect Joe Biden is inaugurated Jan. 20.

Washington has been reeling since Trump turned on the deal, without warning, after it had won sweeping approval in both houses of Congress and after the White House had assured Republican leaders that Trump would support it.

Instead, he assailed the bill’s plan to provide $600 COVID-19 relief checks to most Americans — insisting it should be $2,000 — and took issue with spending included in an attached $1.4 trillion government funding bill to keep the federal government operating through September.

And already, his opposition has had consequences, as two federal programs providing unemployment aid expired Saturday.

Lauren Bauer of the Brookings Institution had calculated that at least 11 million people would lose aid immediately as a result of Trump’s failure to sign the legislation; millions more would exhaust other unemployment benefits within weeks.

How and when people are affected by the lapse depends on the state they live in, the program they are relying on and when they applied for benefits.

About 9.5 million people, however, had been relying on the Pandemic Unemployment Assistance program that expired altogether Saturday. That program made unemployment insurance available to freelancers, gig workers and others normally not eligible. After receiving their last checks, those recipients will not be able to file for more aid, Stettner said.

Fingers have been pointing at administration officials, including Treasury Secretary Steven Mnuchin, as lawmakers try to understand whether they were misled about Trump’s position.

“Now to be put in a lurch, after the president’s own person negotiated something that the president doesn’t want, it’s just — it’s surprising,” Kinzinger said. “But we will have to find a way out.”

Kinzinger spoke on CNN’s “State of the Union,” and Hogan and Sanders on ABC’s “This Week.”