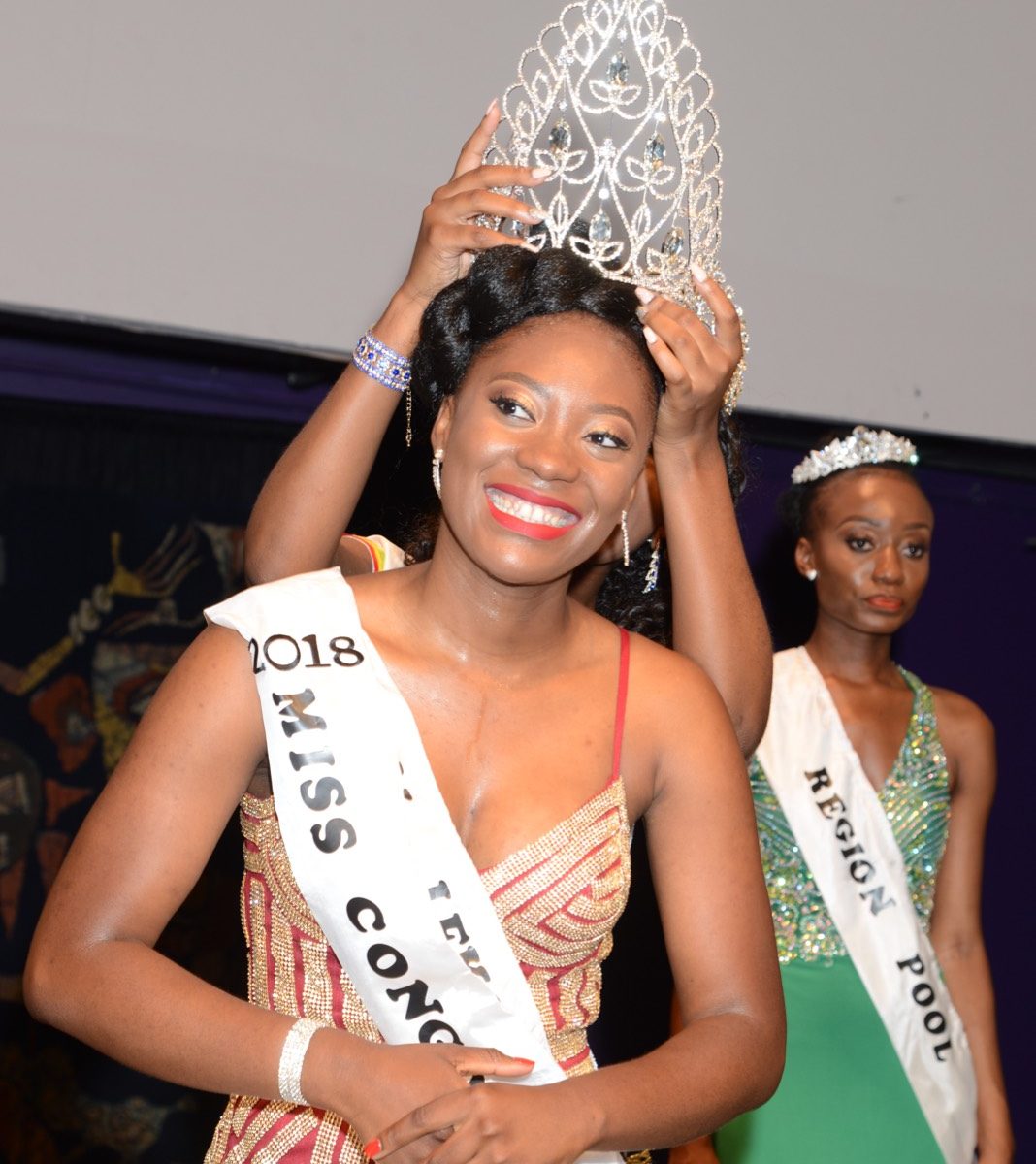 The third edition of Miss Congo Brazzaville USA 2018, was held in August 12, 2018 at the National Black Theater in Harlem, New York.

They were five beautiful girls from different regions of Congo but living in the USA to take part in the competition. 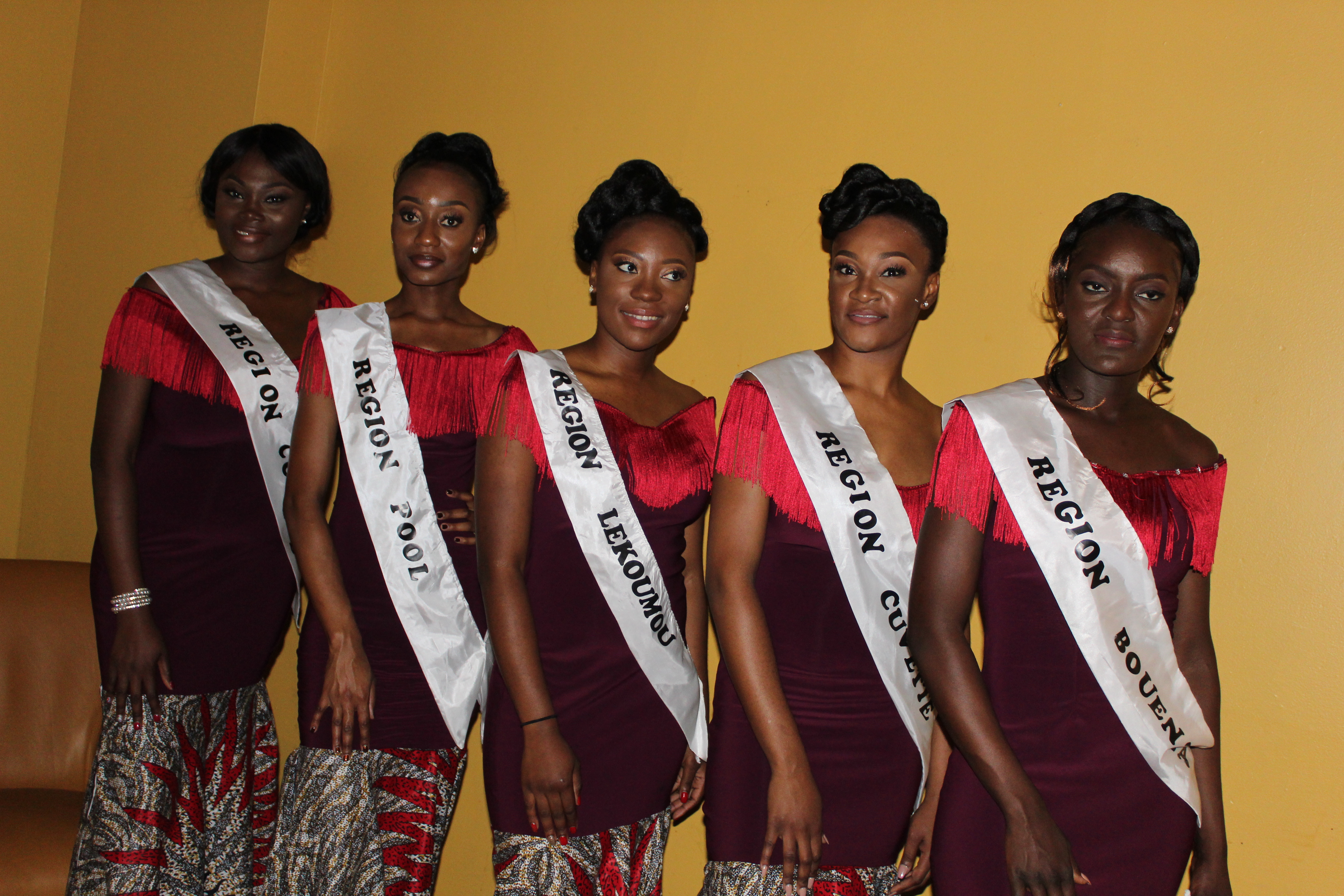 As the audience greet them with ovations as they make their appearance on the stage, some

people were trying to guest the winner and making their choice. The numbers 1, 2 and 3, however, attract the attention of each other until the jury deliberated.

The misses went back to the dress – room. Drums resound. It was the group Mfouambila of Congo which made its appearance. They were three men dressed in traditional clothes of the Congo who were beating the drums and singing in the languages of the Congo. Two elegant girls dressed in a traditional way dance to the sounds of drums. They danced traditional dances in front of an audience who enjoyed it.

“Miss Congo is also to invite people to come and see how we dance, dress and have fun despite the war,” said Tsogni, who is also fighting for the Pigmy’s right in Congo through her NGO “La Main sur Le Coeur” (The Hand on The Heart).

The five beautiful girls who each had a dream of wearing the crown of Miss Congo Brazzaville 2018, returned to the stage as they dressed in traditional clothes. Afterwards, they paraded with other outfits. The swimsuit was eliminated. The organizers believe that it is not elegant. 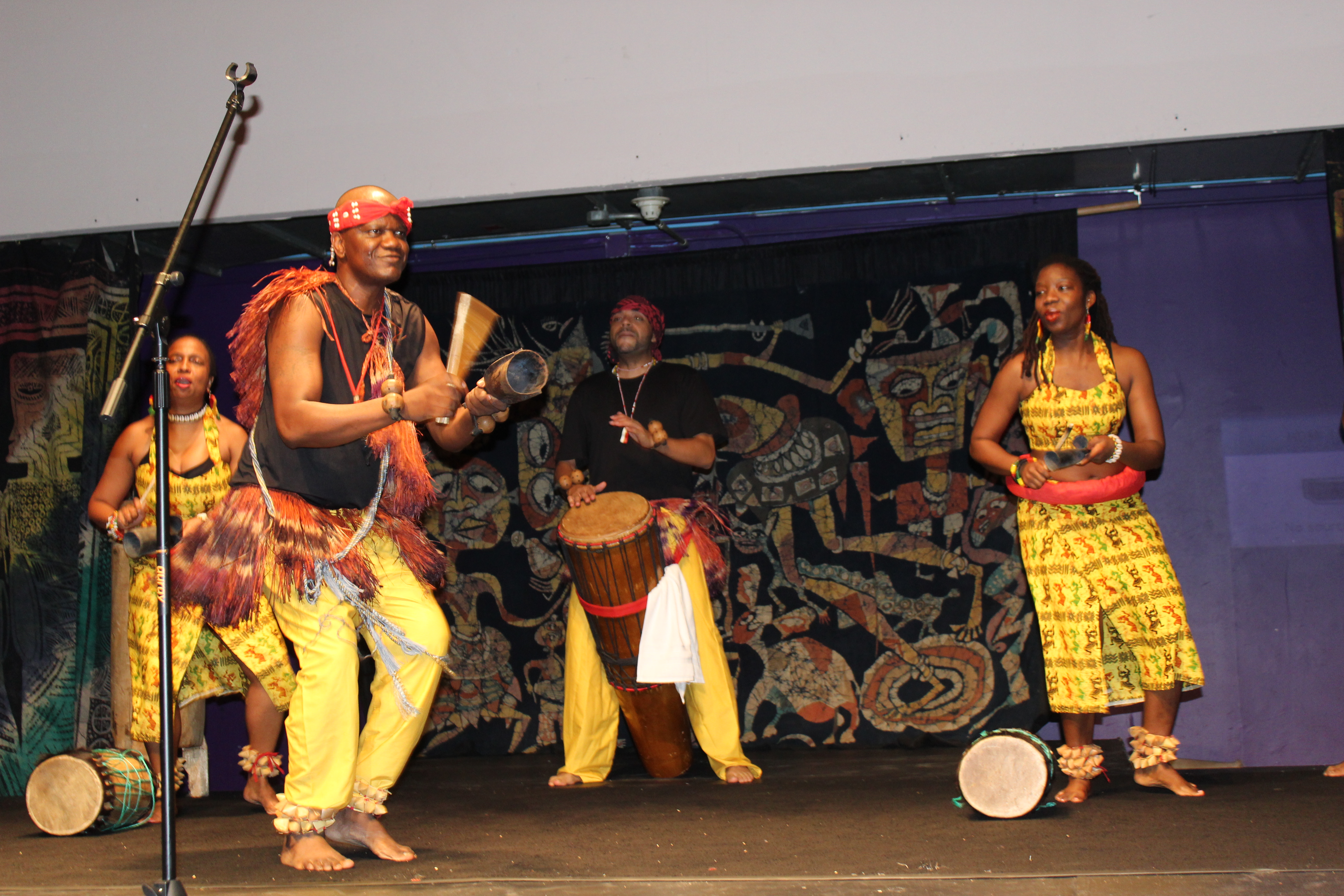 Education,  children, and orphans were the concerns of the six contestants who wanted to promote those domains in Congo if they were elected as Miss Congo 2018.

It’s finally Dalhia Milondo with the no 3, who has been elected as the most beautiful girl from Congo Brazille in the USA. So Dalhia Milondo is Miss Congo Brazzaville 2018. “I am honored to represent Congo,” she said.  “I will do my best to make change, so that everyone has the right to be educated in Congo. “Carina Mboungou No. 5 is the second runner-up, beating the prognosis of the public. 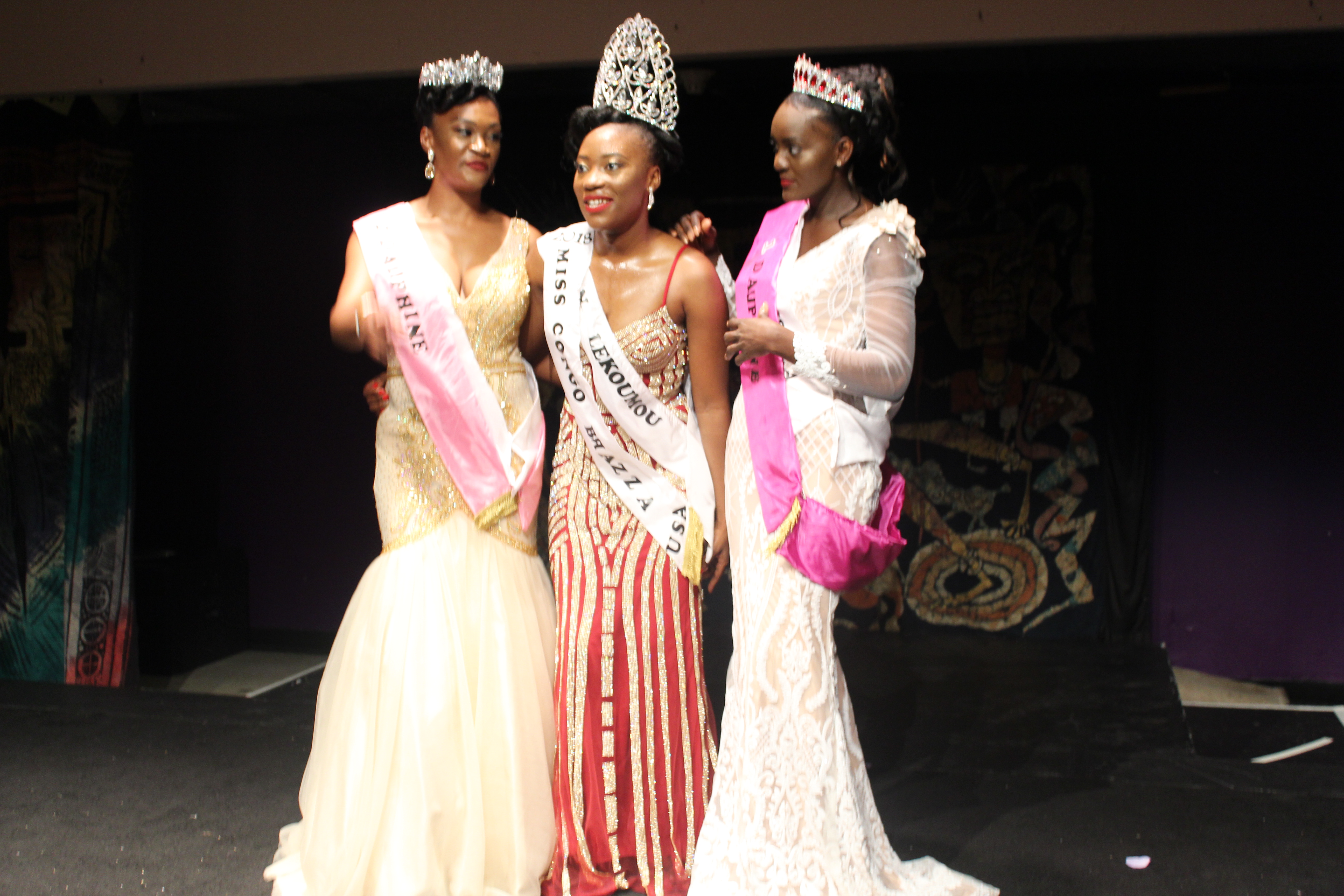 Amenda Menga wearing the n01 is the first runner – up.

Each competitor left with a prize of encouragement.

“We do social, we do not do politics,” Tsogni concluded.

Prices according to the organizers

First and second Runner – Up

They will receive other gifts every 3 months during their reign.