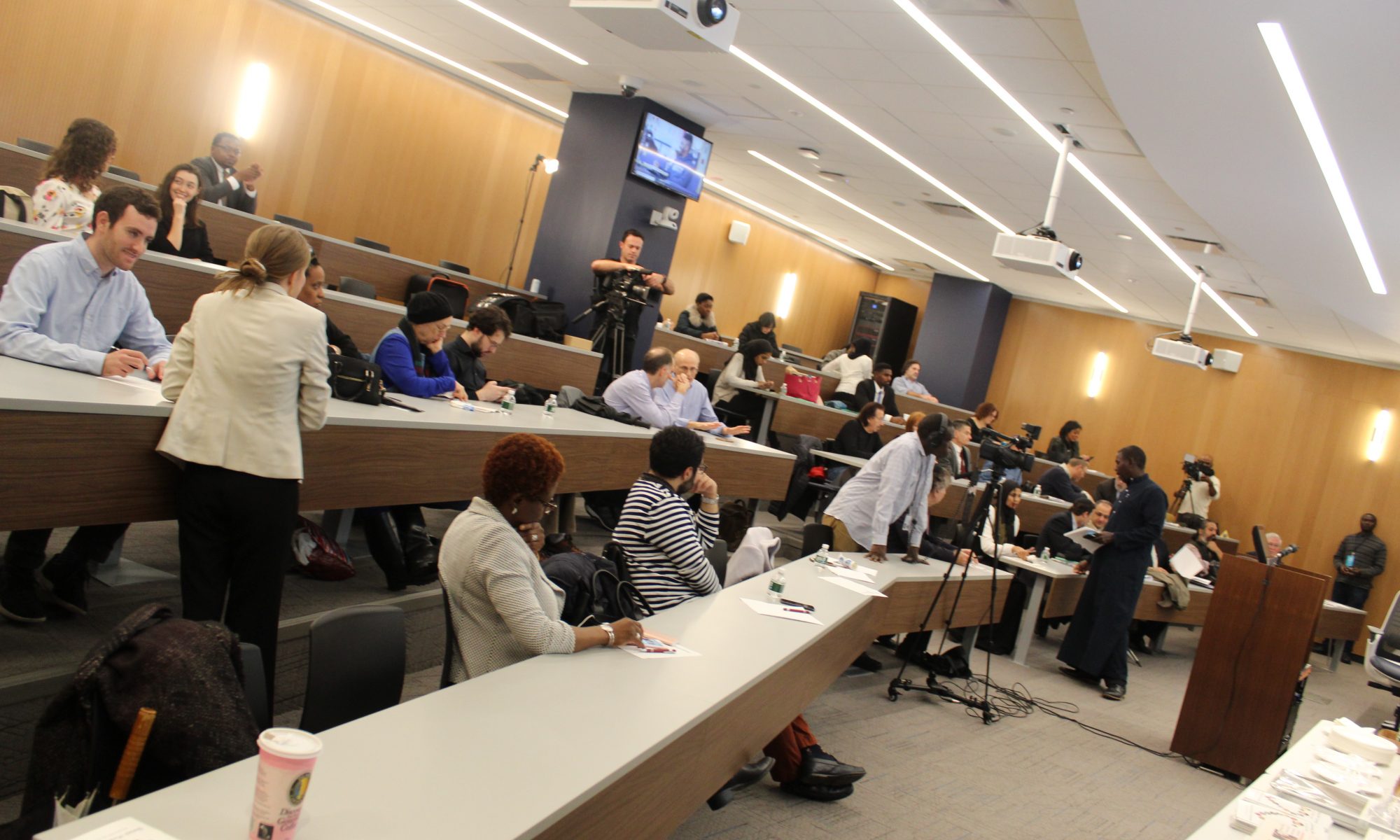 Muslims and Jews met in December 10, 2019 for the second time in two years at Mercy College in Manhattan to talk not only about peace but also to spread  the word of acceptance between  these two religious’ groups, thanks to “Muslims Israel Dialogue Series, which is a platform that embraces  an interfaith talk.

One of the objectives of Muslims Israel Dialogue Series is about “to convince Muslim leaders to accept Israel as an independent Jewish’ State,” said Sheik Musa Drammeh co – host  of Muslims Israel Dialogue Series. For him, every single person deserves a homeland.   As an  example, he mentioned the  Organization of the Islamic Conference ( OIC), which is   a permanent delegation to the United Nations representing the interests of Muslims in 57 countries, the Arab league members which constitute 22 members. According to Mr. Drammeh, Israel appears  to be alone. 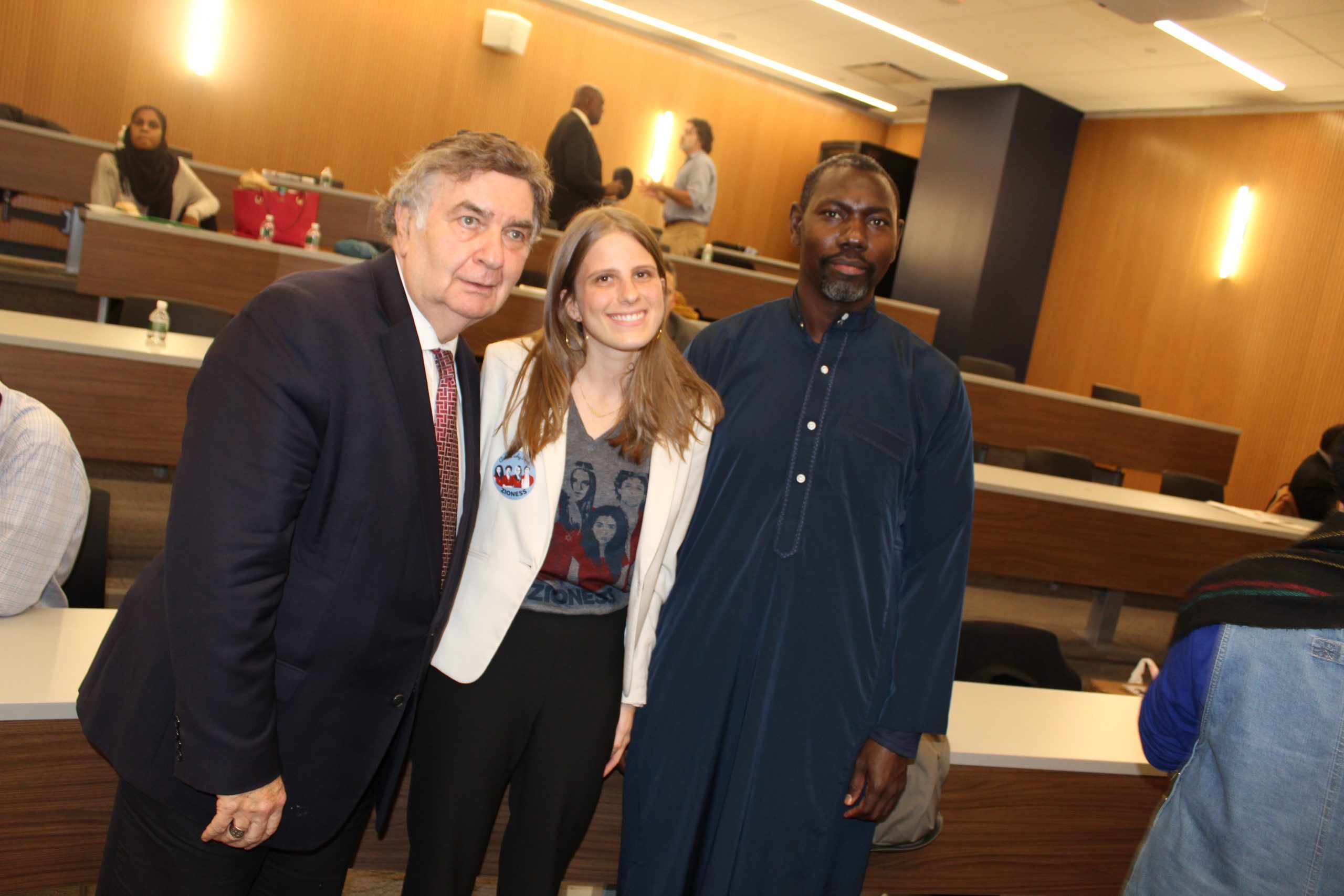 Mr. Drammeh said he knows “ how  dangerous is this journey” that will “yield to a peaceful coexistence.”  However, he said he has to  follow what the Quran  has said:  “O my people enter the holy land which Allah assigned unto you, and turn not bade ignominiously, for then will you be overthrown to your own ruin,” ( Qur’an 5: 21 & 21).  “Anybody who opposes us, opposes what the Quran said,” he added.

Dr. Omer Salem  professor at  Yale University said that “politicians won’t be able to solve the problem in Israel. Only religious can do it.” As he invited Jews to consider Arab’s dignity, and Arab to take into account Jews’ safety, he said the status of one State is not possible.

Xleora Einleger programs manager at Zioness, is advocating for Zionism, which is  a civil rights movement for Jewish self-determination, and  the expression of the Jewish peoples’ dreams of liberation and empowerment…” Zioness  “supports Israel’s existence as a Jewish and democratic state.”   Ms. Einleger said the movement builds relationship , fights against anti – Semitism and islamophobia. “ People don’t like Jews because of their policies,” she said. 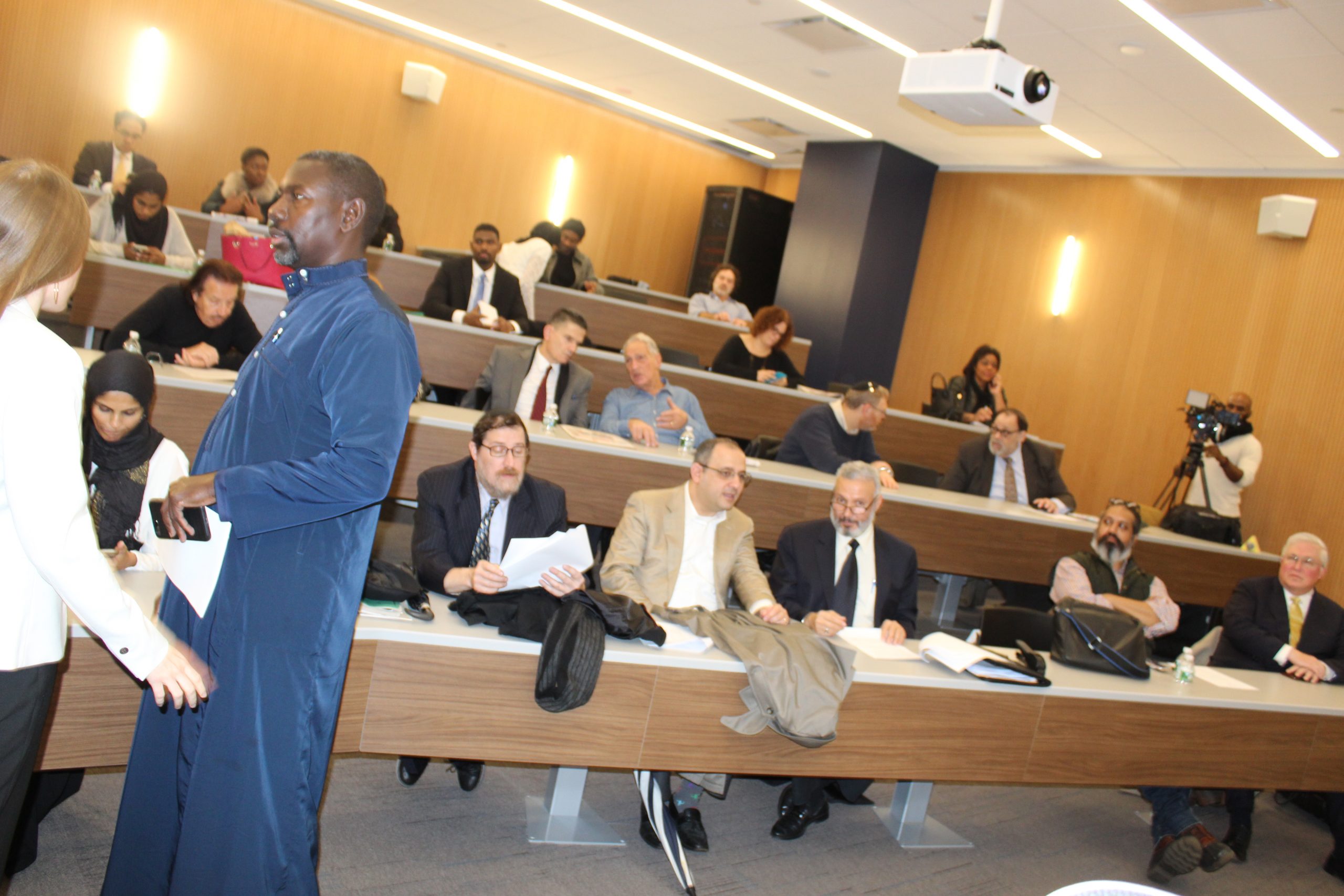 Shireena Drammeh  gave an emotional testimony about her trip to “Israel a land of holiness.” She said she enjoyed the hospitality of Jews community and wished that peace and tranquility will prevail in Israel.

Several other people have spoken. Among those people were Rabbis, Imams, Pastors, and community leaders.  Peace and acceptance were the mantra for many of them. “We have to work together to medicate for peace process,” A Rabbi said.