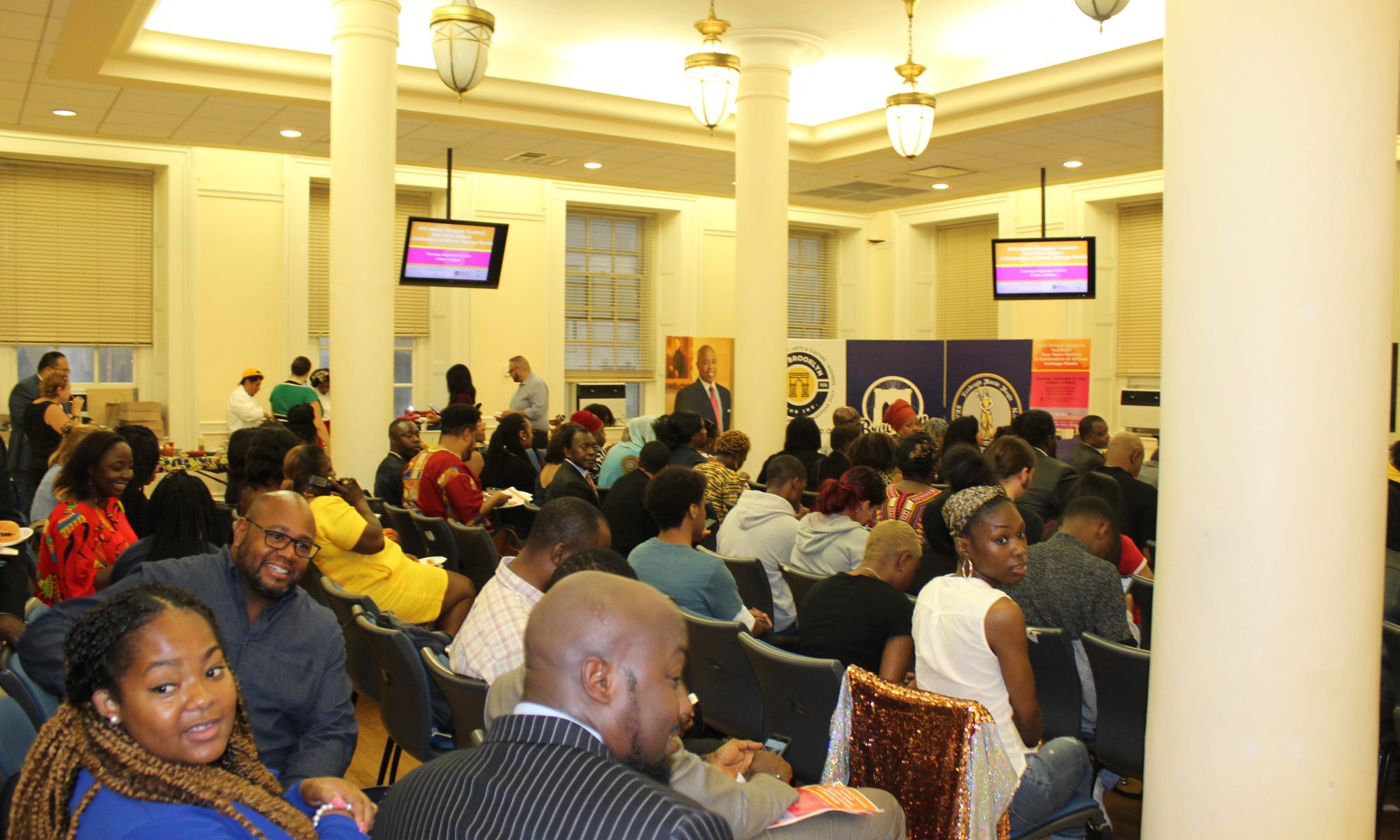 African Diaspora in New York City gathered in September 12, 2019 in Brooklyn to celebrate African heritage month and discuss issues that are relevant to communities.

Several people from different agencies in the city have spoken either as speaker or panelist, and other people were honored for their outstanding commitment to communities. 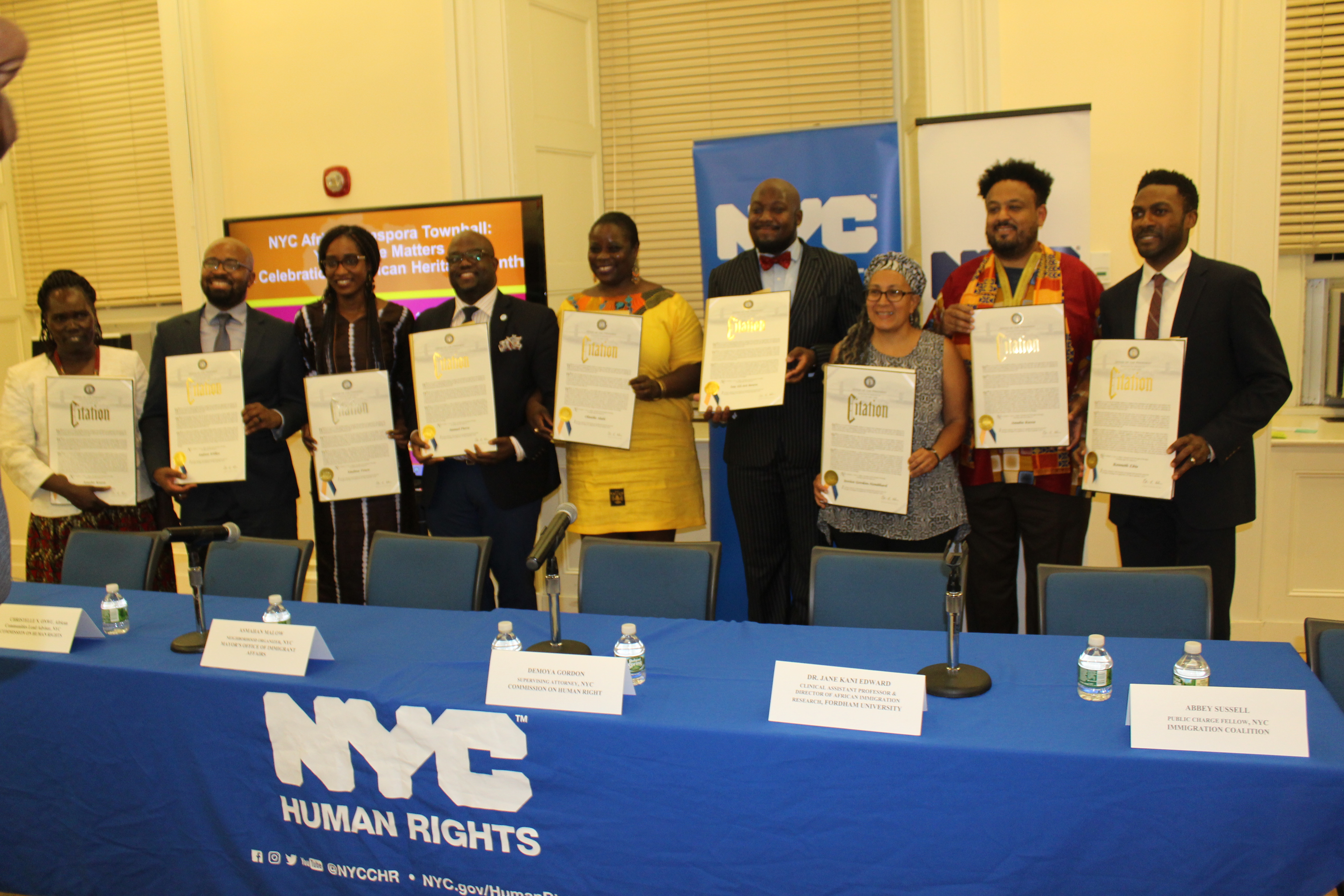 If the Town Hall aimed to engage the African diaspora in a profound discussion based on issues related to human rights, it was also a platform to share ideas. “To be able to collaborate with each other,” said Christelle N. Onwu who is the Lead advisor for African communities, and NYC Commission on Human Rights.

It was the first time a such event was organized in Brooklyn the city, which is, according to one of the organizers of the event,  where there are most diverse groups of African diasporas. 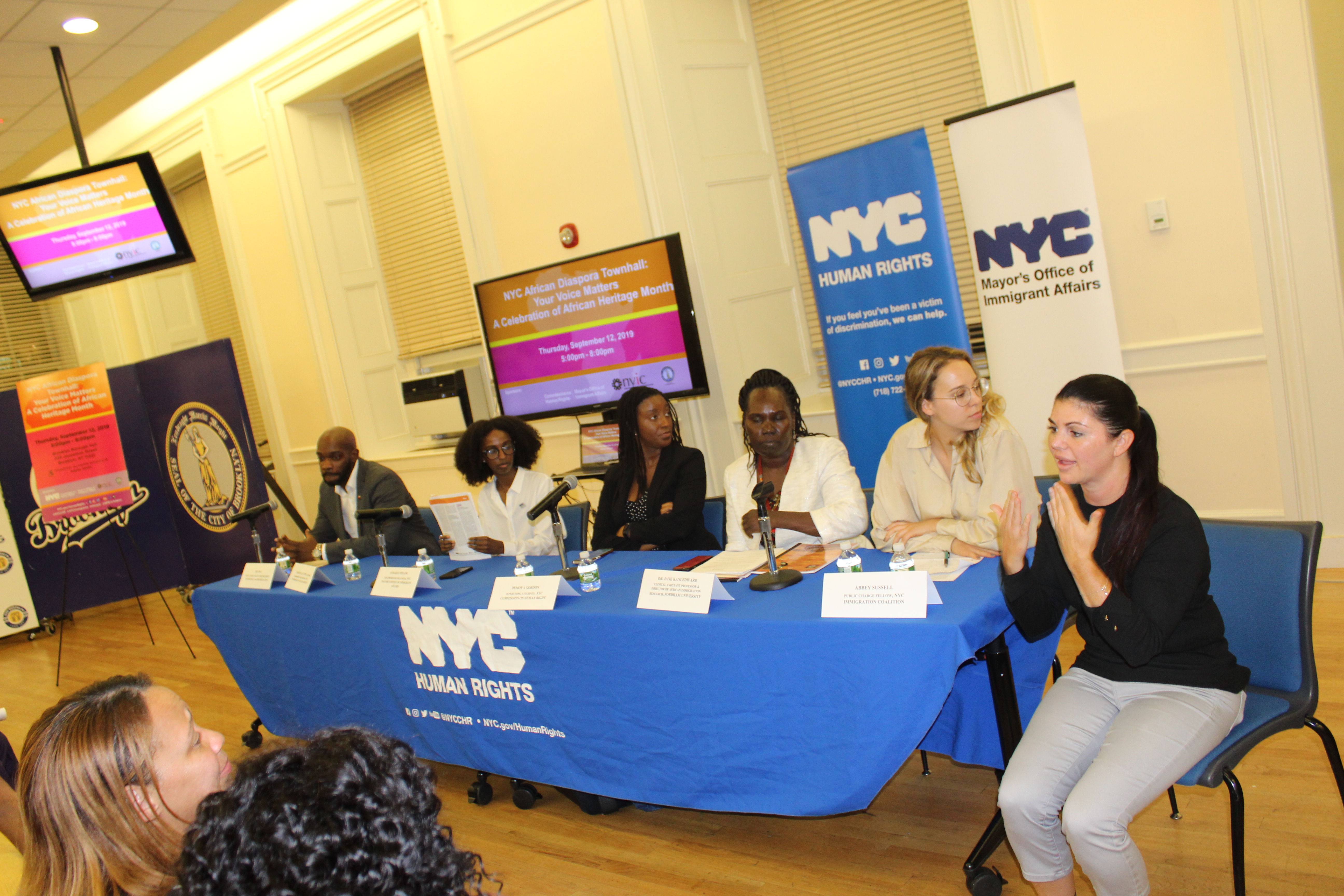 As eight speakers in total in their speeches spoke about unity, civic engagement, collaboration, five panelists addressed  issues such as  immigration, housing, discrimination, and education.

Sandra Chapman, Chief program officer of Brooklyn Borough President who welcome everyone, asked for a moment of silence for those who died due to  the xenophobia  attacks in South Africa.

“We allow ourselves to be divided,” he said as he was talking about relationship that exists among African diaspora groups. “ It is time to be united,”  he said.

Brittny Jade – Saunders, deputy commissioner for strategic initiatives, NYC commission on human rights, put it that way: “ We eat each other food, but we don’t cooperate when it comes to economic.” He said there is a fight. “ The fight is not against each other, the fight is how to succeed,” he said.

In the same dynamic, Phil Thompson, deputy Mayor for strategy policy initiatives, NYC mayor’s office said that “ we come from the same family and belong to the same family.” 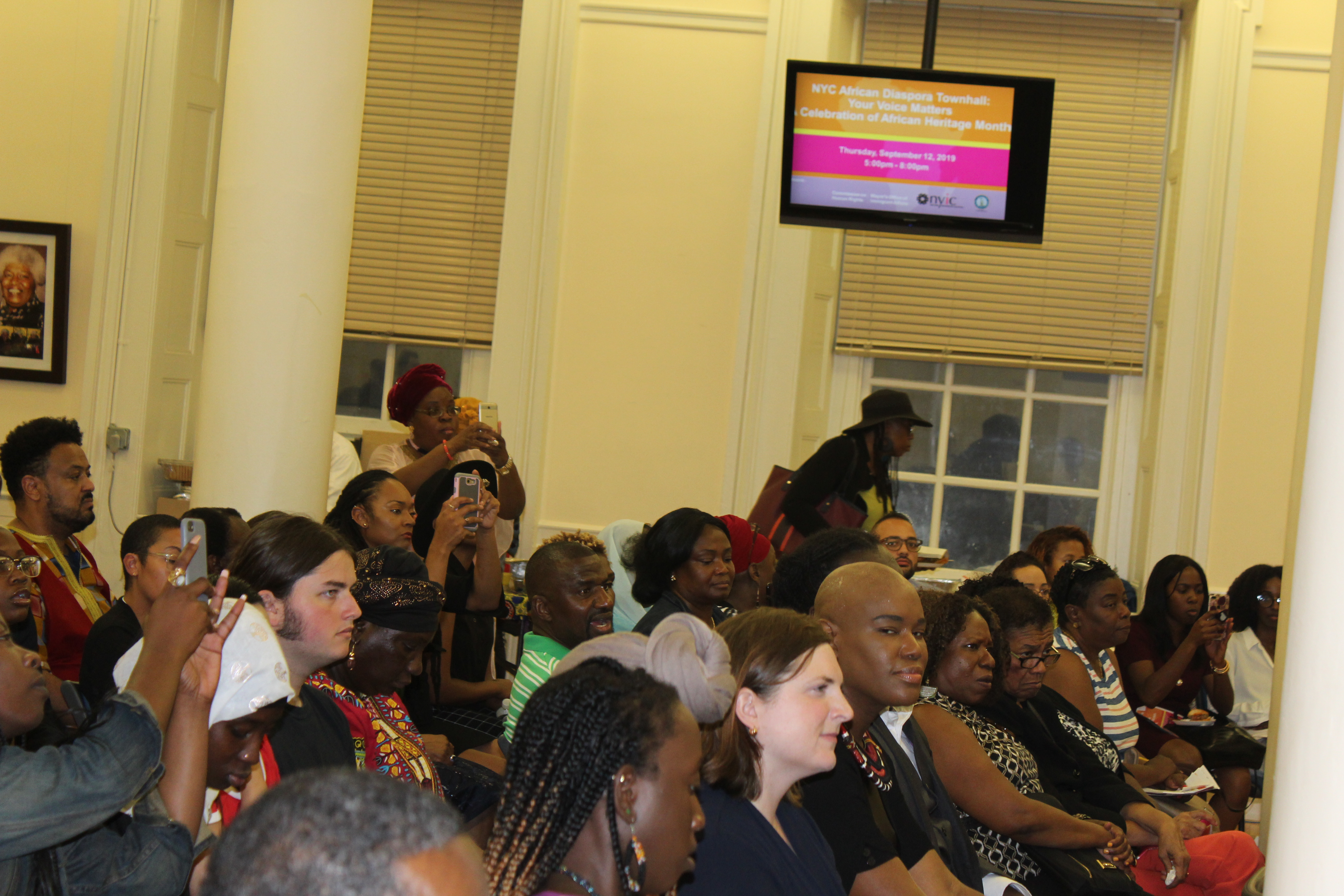 Addressing the keynote, Kenneth Ebie, Director in The Raben Group New York offices, and who hold a bachelor’s degree from Harvard College and a J.D from Yale Law School,   focused his speech on his personal achievement as a boy who grew up in a family where rules were rigid. A speech in which one can draw a conclusion saying that it embodied  the life of most of African immigrants in the United States of America. 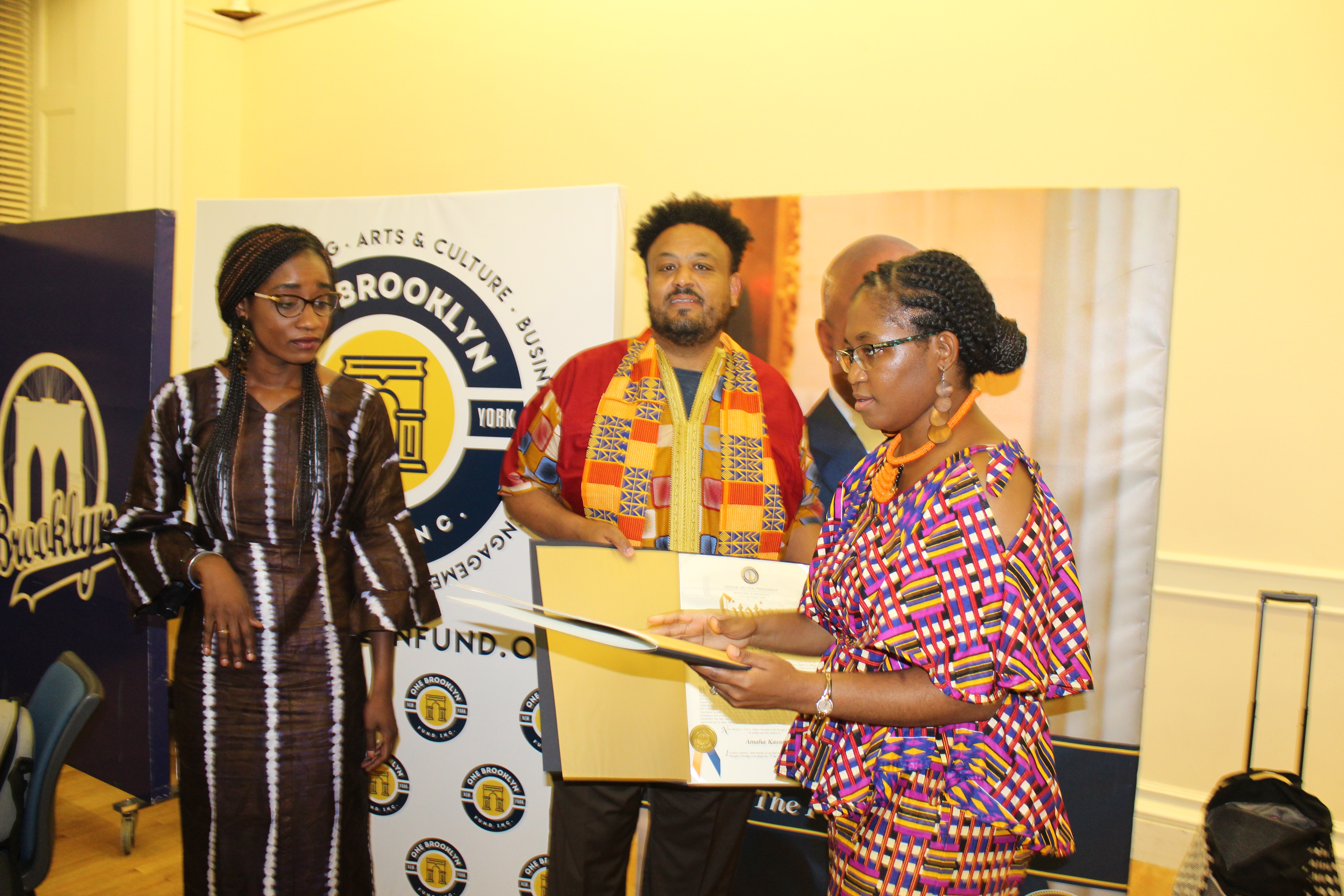 The event was also an opportunity to honor some people for their outstanding commitment to their communities. Madina Touré journalist at Politico was among them. For the second time Ms. Touré who covers education’s beat, was honored as a journalist for her professionalism. She received a citation from Brooklyn Borough President’s office. “ I am very excited and touched and I congratulated other honorees,” she said.

In her a closing speech, Carmelyn P. Malalis, Chair/ Commissioner of NYC Commission on Human Rights was grateful to city agencies. she  said the intention is to make  change by allowing a close relationship between communities and the different agencies.

This Town Hall as  Ms. Onwu said,  was about “to get in the conversation.”