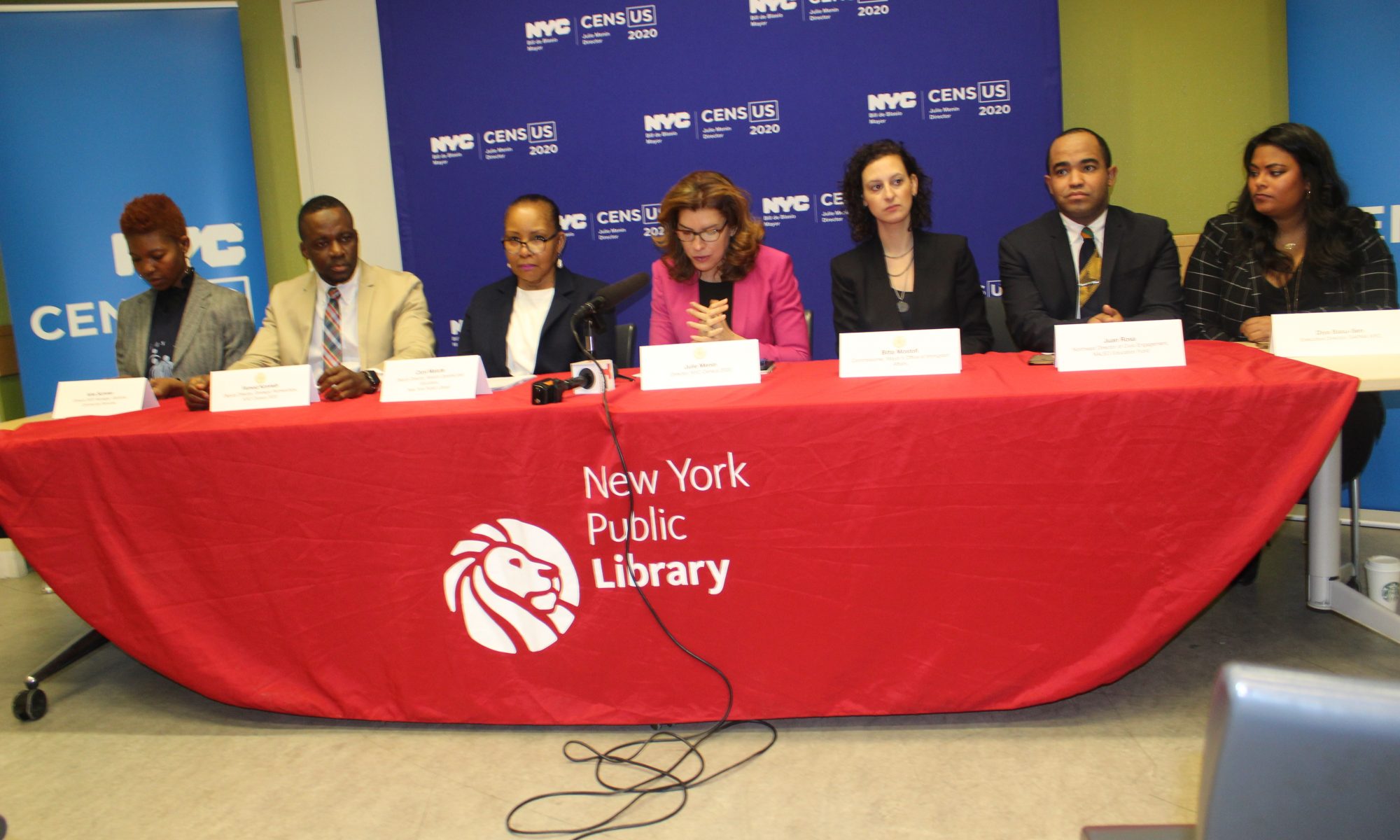 New York City census 2020 in partnership with New York City , New York libraries, and community groups, has held in February 20, 2020  in the Bronx Kingsbridge library  a  media roundtable  to discuss about the census activity in the Bronx and the importance to be counted.

Seven panelists from Mayor’s office of immigrant affairs, New York census 2020, New York library, and from diverse community groups,  have explain to the media how and why every single person should be counted. They also talk about  the work community leaders  have done to mobilize community groups.

Why should we be counted?   We should be numbered because “the decennial census determines how hundreds of billions of dollars in federal funds are distributed every year for key programs and services;  the census also determines each state’s fair share of representation in Congress, as well as how local, state, and federal legislative district lines are drawn. Census data is also the basis of civil rights litigation and local and state funding decisions, in addition to providing critical demographic information about our communities.” 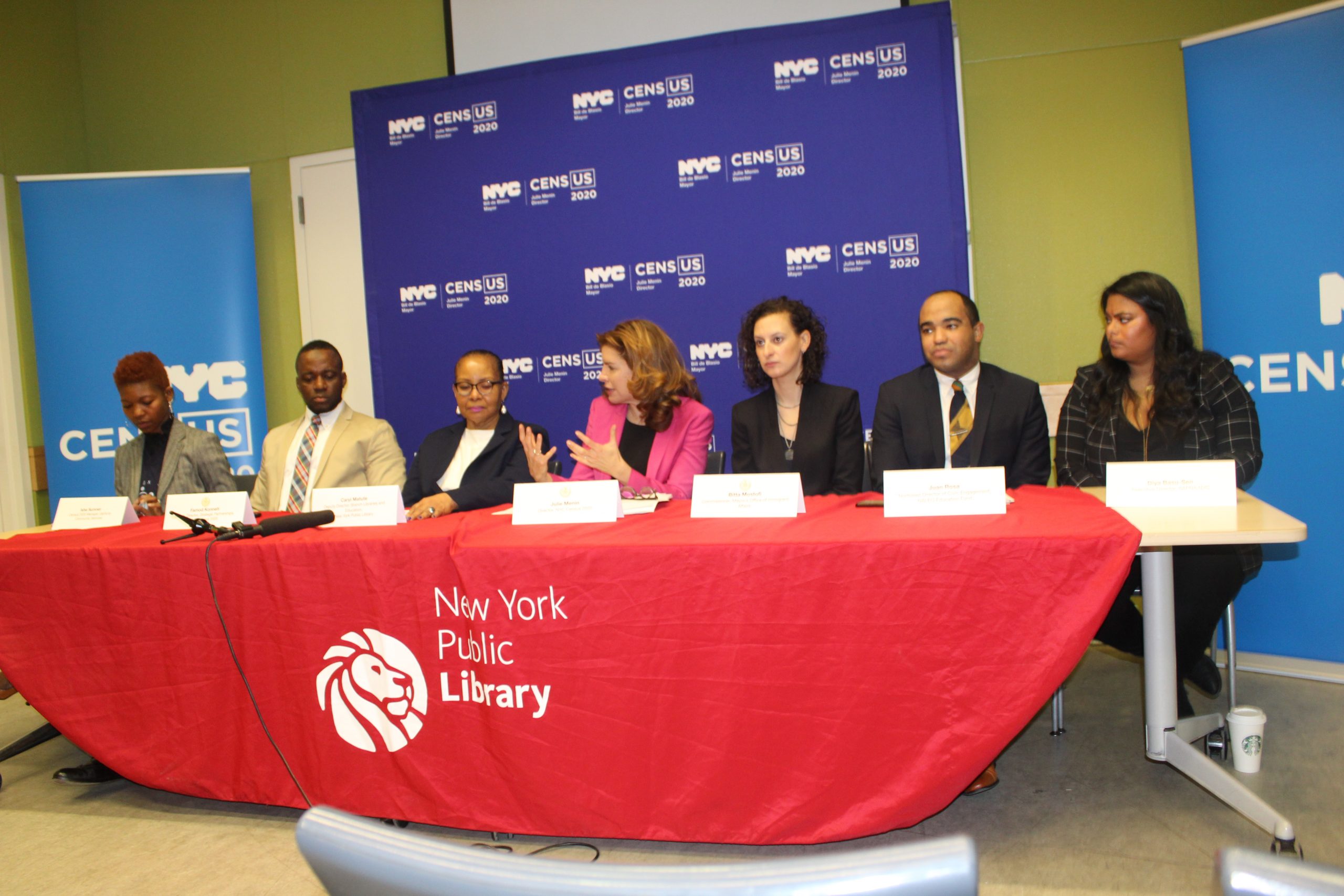 “ The  best thing of the census is that it is a national competition and we have to fight for our fair share,” said Julie Menin  who is NYC Census 2020 Director and Executive Assistant Counsel, NYC law department. That mean  we must be counted.

Bitta Mostofi, commissioner, Mayor’s office of immigrant affairs, has thanked everyone for the partnership and their commitment.

New York libraries are one of the partners that accompany NYC Census 2020. “ Libraries play key role in the census,” said Caryl Matute  who is Deputy Director, branch libraries and education, New York public library. She has mentioned for example the fact that libraries are secure places to citizens to educate themselves and get information about census 2020. Libraries  also provide online training and there will be census kiosks in different libraries.

Libraries will be helpful as census 2020 will give people the choice to be counted online by fill out themselves  the form. They can also opt to do it on paper. And they have to cope with ten questions.

Famod Konneh is not only the  Deputy Director, Strategic Partnerships, NYC Census 2020, but also the voice of African community. He has been  everywhere in mosques, churches, and other places where African communities gather to  motivate  people and tell them  “how strong we can be if we got counted.”  “I want to talk to the mind of African community,” he said. “If we do not respond to the census, we are diminishing.”

There were also community leaders from Spanish community ( Juan Rosa), from Garifuna Community ( Isha Summer) , and from Bangladesh community ( Diya Basu – Sen). They all explain how they met with their respective communities and told them to get to be counted.

The good news is no one  will not be afraid about an immigration status. Whether you are legal or illegal immigrant you have the right to be counted. “Nobody will not come to knock your door because of your immigration status,” said Ms. Julie.