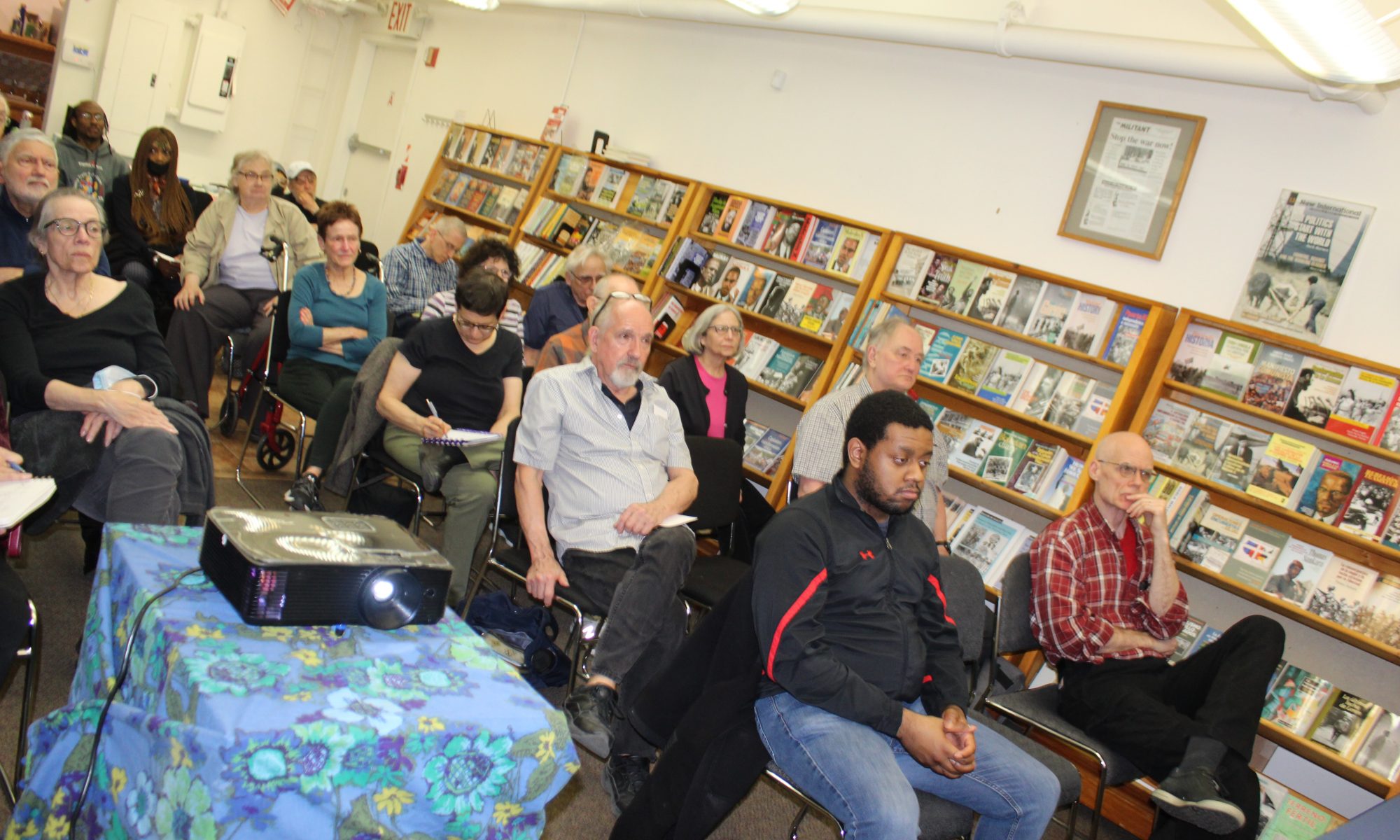 The socialist worker party in New  York has organized on April 30, 2022 a “discussion”   that was focused on “ War and crisis in West Africa today”, and presented by two speakers who  “draw  the lessons of the 1983 – 1987 Burkina Faso revolution led by Thomas Sankara.”

Lassane Ouédraogo a lecturer from University of Ouagadougou and Peter Thierjung from the Socialist worker party were the two speakers who have discussed the topic in a room full with members of the party. 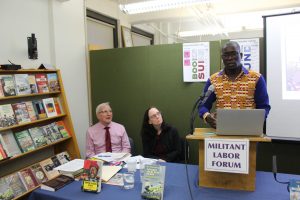 For Mr. Ouédraogo, the hope that came with the advent of the democracy in 1990 in most of west African countries,  has been trapped with the returning of military in power in Mali, Guinea, and Burkina Faso and a coup  that failed in Guinea Bissau.

“ In Burkina Faso 76 % of the population supported the coup,” said Mr. Ouédraogo who also mentioned that in the other countries where militaries have seized the power, people did not take the streets to protest. What has happened? Mr. Ouédraogo asked himself? “ Terrorist crisis is mostly the reason why the returning of militaries is accepted,” he said. “People support coup because they do not have any other options.”

Can Sankara provide a way forward? For Mr. Ouédraogo, “ Sankarism is a pure form of revolution and a refusal to bend to world order.” According to the speaker from Burkina Faso, many factors today such as the rising of civil society movements, the international context and the shifting of global power …, and the certainty that the West is the center of the world,  that is fading away,  are some examples that Sankara was a visionary. 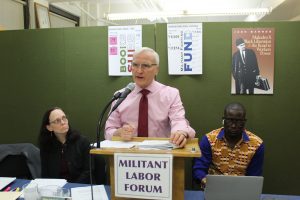 For Peter Thierjung, “ What is happening now is not a conspiracy, it is a consequence of a counterrevolution in 1987 in Burkina Faso; it is a consequence of refusal of capitalism.” After enumerating  a series of policies that were in practice in Burkina Faso under Sankara’s revolution such as nationalization of the land, the literacy and vaccination campaigns, women emancipation, and solidarity program, Peter said: “ Sankara made a giant contribution for the people of Burkina Faso and we have to learn from that.” And he added: “ Rectification was about to fix anything Sankara did wrong, but everything was the reverse after the assassination  of Sankara. “ Peter thinks that terrorism in Burkina Faso for example is a matter related to ethnic and economics’ issue.

The trial regarding the assassination of Thomas Sankara in which the tribunal has found several men “guilty of attack on state security, complicity in murder and concealment of a corpse,” was a part of the discussion. Blaise Compaore  the former president of Burkina Faso was sentenced to life over Sankara’s murder.

Peter who is happy with the verdict, said that “when Sankara was alive, they hated him, now they turned him to a saint.”

Regarding the fight against the terrorism in Burkina Faso, Mr. Ouédraogo said “there are more talking about diversifying military cooperation to countries such as Russia, Iran, Israel.” As he  answered question  about the choice of Burkina Faso between France and Russia, Mr. Ouedraogo said that “ people are talking also about regional solution, it is the better than bringing force we don’t really understand.” Peter seems to be tough on the issue. “ I think imperialist countries should get out of Burkina Faso; France cannot solve ethnic, religious, and land problem,” he said. “The situation is going to get worse until Burkinabe get a leader like Sankara.”