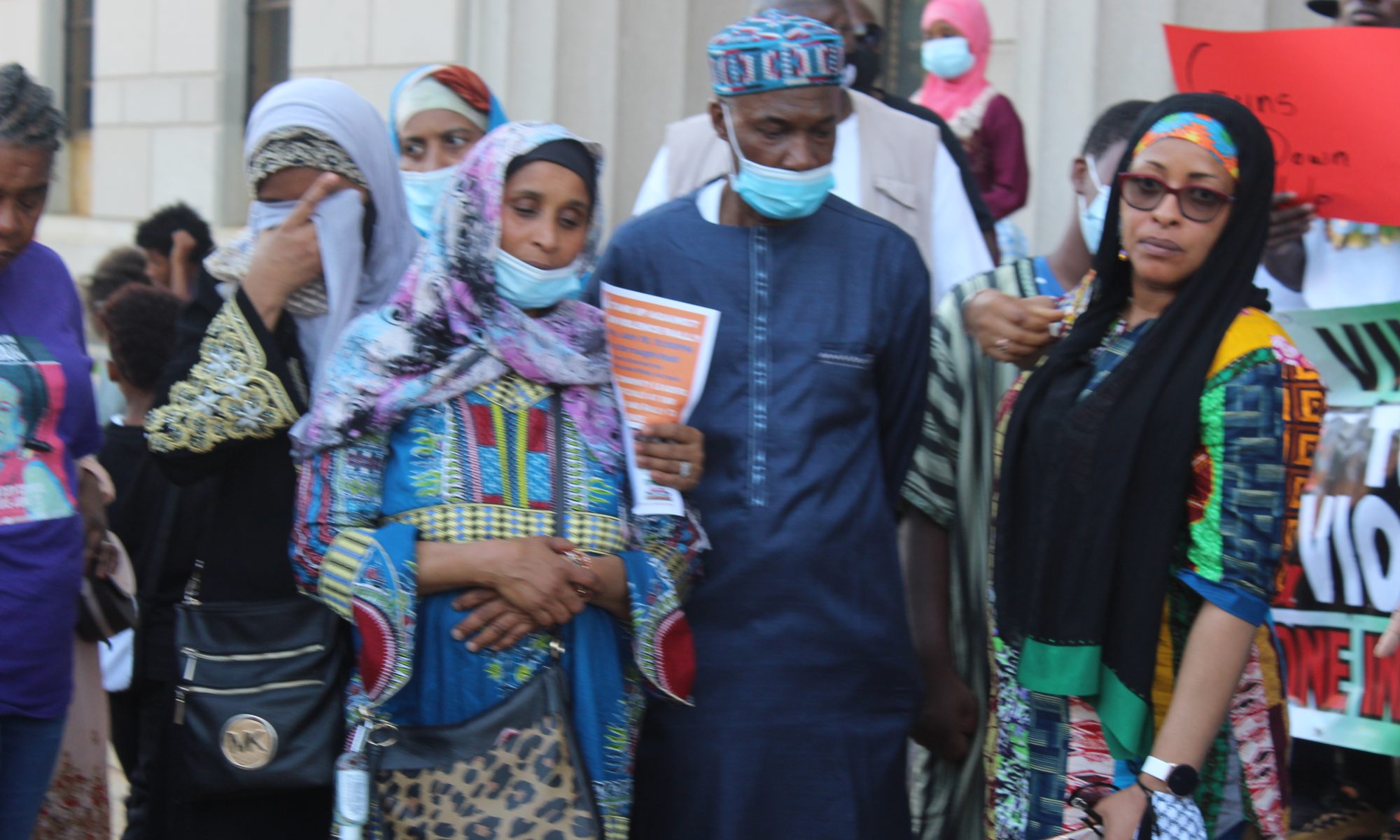 Mamadou A. Bah 22, was fatally shot at 172 Street Boston Road in the Bronx and his young brother  Aloussenou Bah 20, was shot twice and severely wounded outside the familly’s residence at 1382 Crotona Avenue in the Bronx. The whole family is now  afraid and has to hide to protect herself. 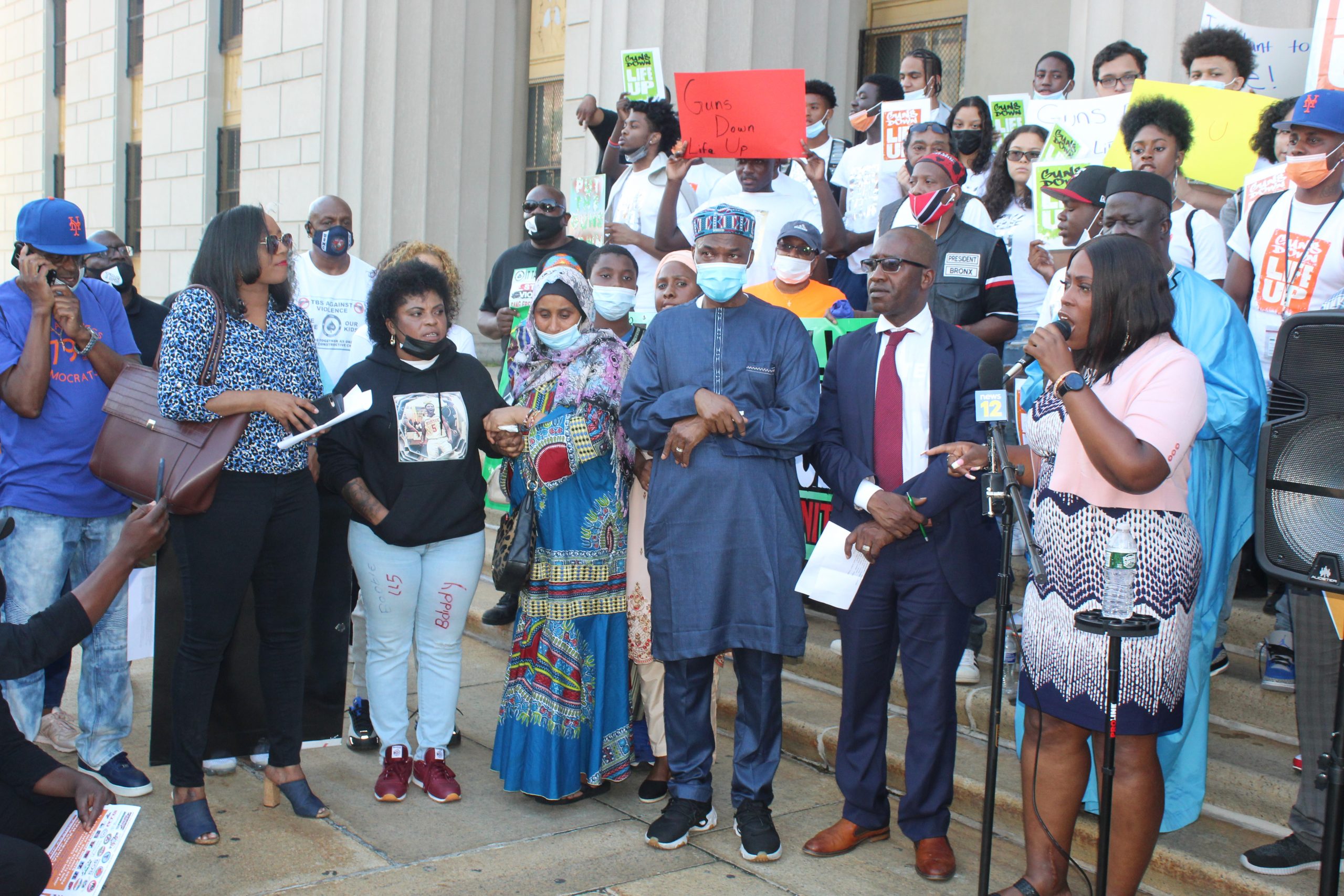 The rally has brought together elected officials, family members, and  community leaders who protested in front of  Bronx Borough Hall building  against gun violence and demanded justice for two brothers who were shot.

“We still don’t know who the killer is and why he/ she specifically targeted the same family,” said Mamadou Bah who is originally come from Guinea and a biologic father of Mamadou A. Bah and Aloussenou Bah. “ We also don’t know at what level the case is as nobody  has contacted us,” he added. “ We feel forsaken.”

For Amadou Diallo a community leader, “everybody knows the plight the family is going through.”  Same words for Vanessa L. Gibson the newly elected Bronx borough president:  “ This family is broken, please pray for her,” she said.   For Ms. Gibson,  “Our children are crying for our help.” She said anyone can be an agent of change by spreading the word regarding programs that exist for the youths, but nobody  knows about it. “ We cannot judge our children when things are designed for them to fail,” she said.

“As a parent, I am horrified of what I see in the Bronx, this gun violence need to stop,” said Mona Davids, founder and president of New York Charter Parents Association, and the New York City Parents Union.  She has  pointed the finger at  the bail reform a new law that she said, help increasing gun violence. She has then asked for more resources, and more support.

“We have to stand up for our city, children, and brother, and sister,” Said Boureima Niambele  a community leader. 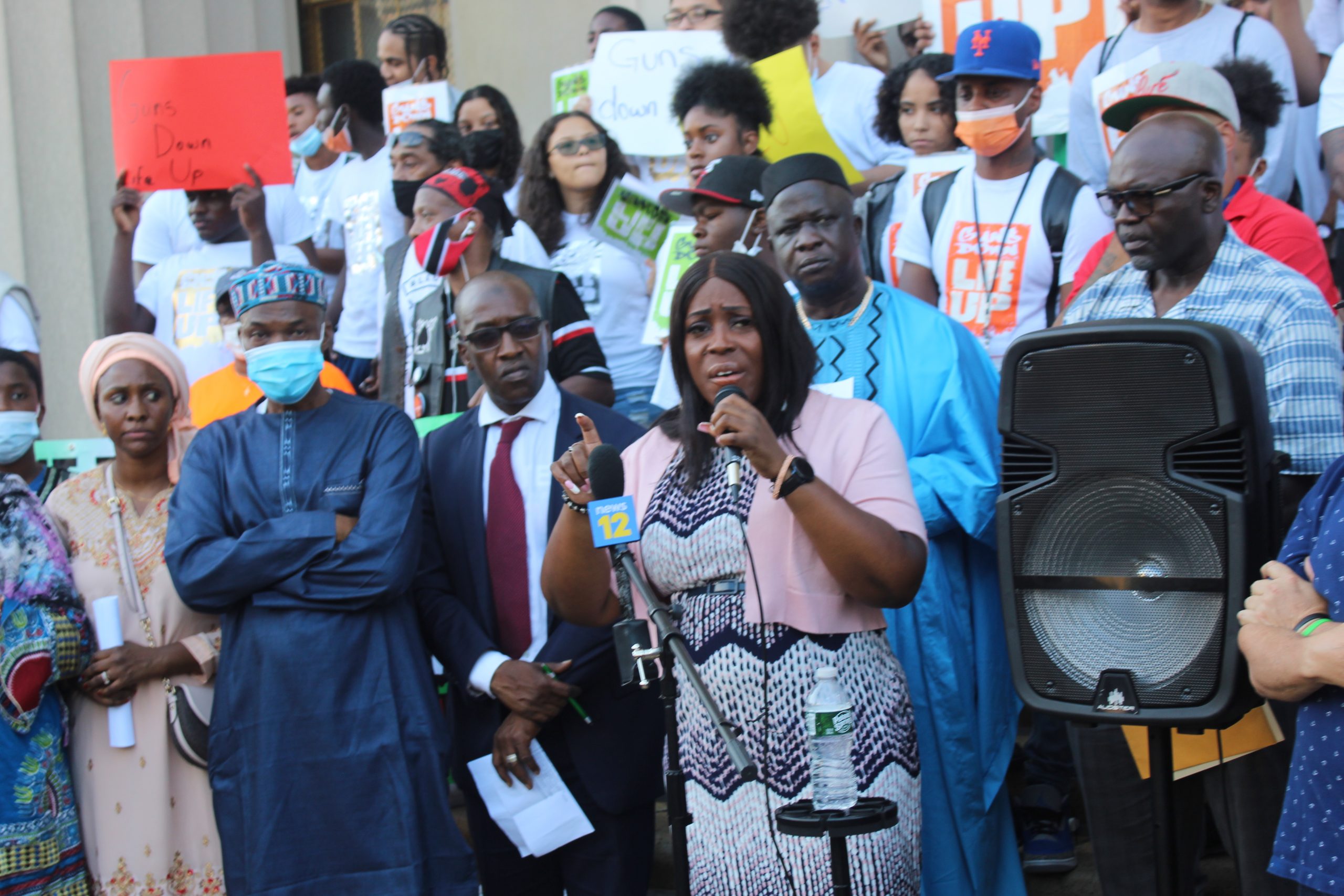 Ambroise Ngande speaking on behalf of African Advisory Council ( ACC) has called on parents to be actively involved in the education of their children. “We as parents we need to follow our children, to be a part of their life,” he said.

New York state senator Luis R. Sepulveta has accused gun companies to be responsible of gun violence and disagreed with those who think the bail reform  law may be one the of the causes of gun violence.  He was interrupted by an activist who seemed to disagree with him.

Several other elected officials have spoken to denounce gun violence, and asked for more  programs that will occupy youths.

Family members have promised other rallies with the hope to mobilize more people specifically African communities who have shone by their absence. “We need more unity,” they said.