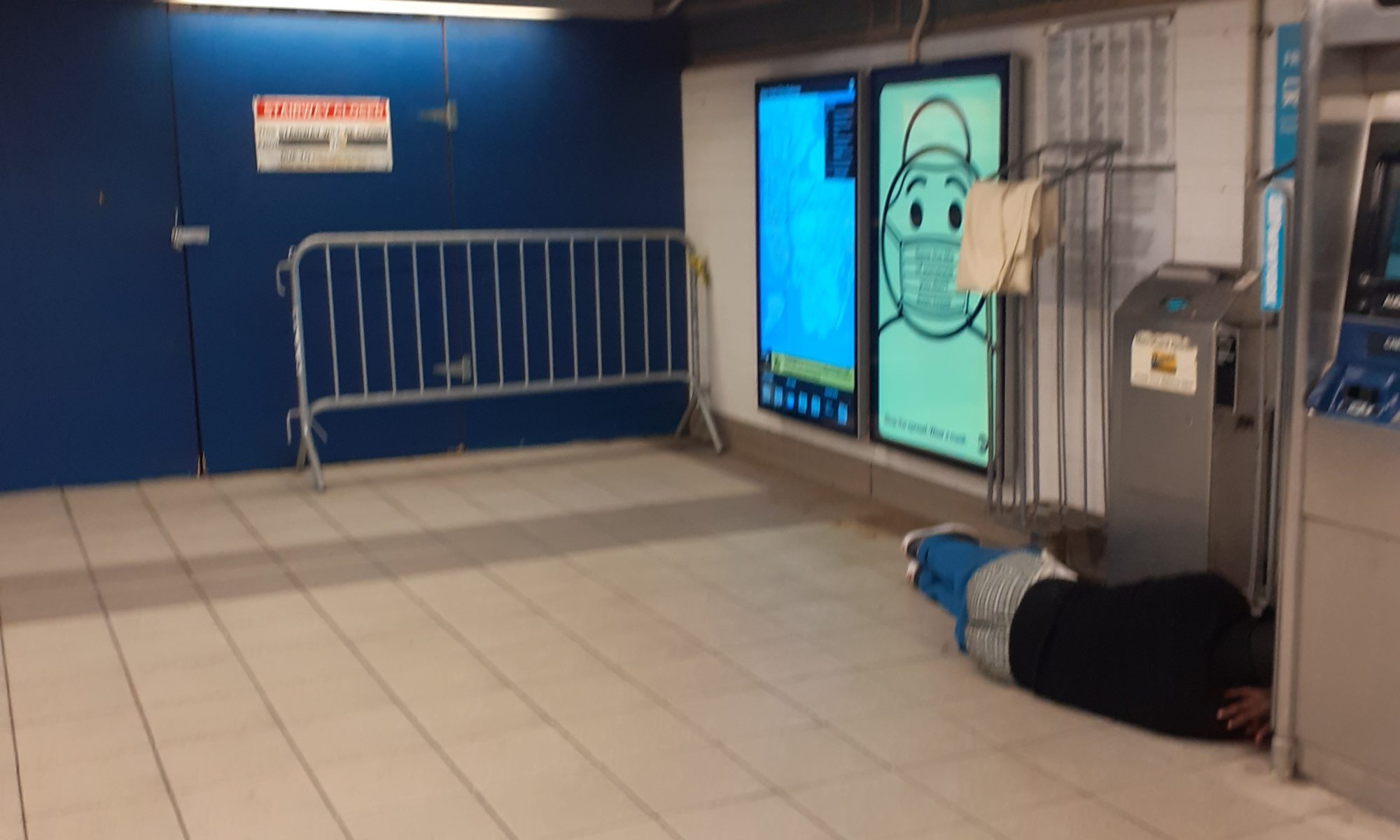 Homelessness  is an undeniable issue in New York City. Although the city provides homeless people  with shelters, there are those who end up on the streets. 125th street and Lexington avenue in Harlem is one of few places in the city homeless people live in a different world.

It was exactly 6: 30 am in October 10, 2020, when I got off  the train  at 125th  street and Lexington Avenue in Harlem.  Martin Luther King Boulevard was almost empty although  earlier few bus  and car drivers were crossing the neighborhood from west to east and vice versa. Street and  traffic lights at that time illuminated or enlightened the almost dark streets. Harlem was about to wake up. However, some of its inhabitants have  already woken up: homeless people. I spent two hours in their “kingdom.”

“A breezy nice day,” said a bystander who was busy on phone talk. I took a look at  on my phone and I read  59 degree. A beautiful day was about to start. I stood across east side of Lexington Avenue by 125th  street train station. A 60 -year- old black  man sat down on a naked floor. He wore dirty  long white T – Shirt  and sneaker. His dirty dark  messy  hair and beard fit his blackness. A Spanish  man who has  almost the same age and who stood by him, engaged a conversation with him. A conversation that yield to a yelling at both sides. 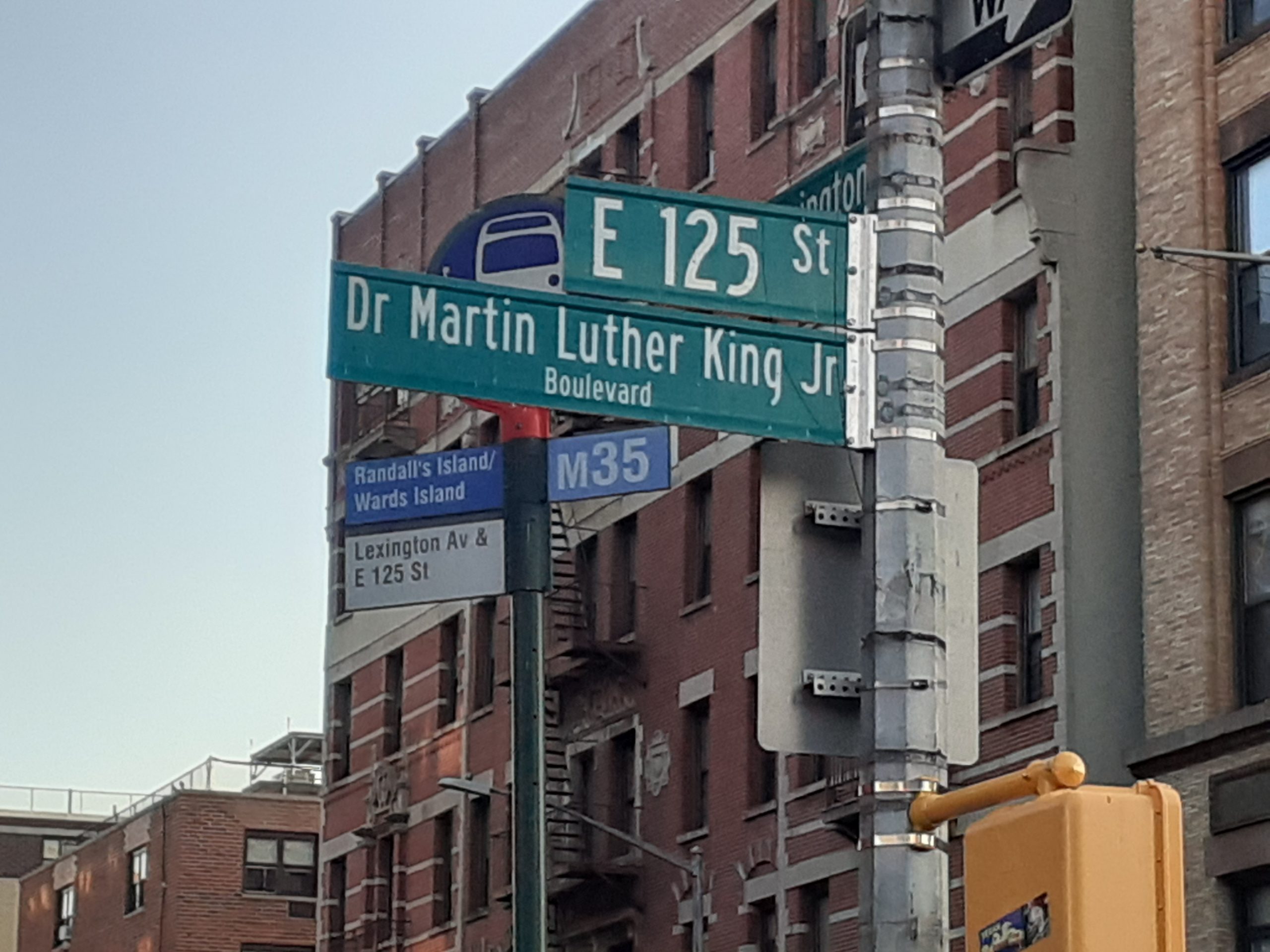 Across the street at northern east side of Lexington avenue, two police officers were waiting  in their  double – park car. A black homeless woman who was speaking to herself as she was walking in a fast way, suddenly stopped  , moved down slowly her pant and in a quick gesture, urinated at the sidewalk. Her urine ran down the sidewalk like tears that scroll down the cheek.

She walked down west side of   the street  where a man was coughing a lot  after using a narcotic. Another man bought a weed from another man. A woman who witnessed the deal yelled. The smelling of narcotic along with other smells invaded the area.  A fight broke  up between two men. One man pushed his “friend” against a wall. “I told you it is my fault,” said the man who was  pushed against the wall. And he was free after his confession.

A picture that depicted what Salomon, a former homeless man, wrote in Daily news newspaper about homeless people: “I’d see on Manhattan streets with a needle in their arm — or using the sidewalks as their dumping ground. It wasn’t just the quality of life of neighborhoods that were suffering, but theirs as well.” 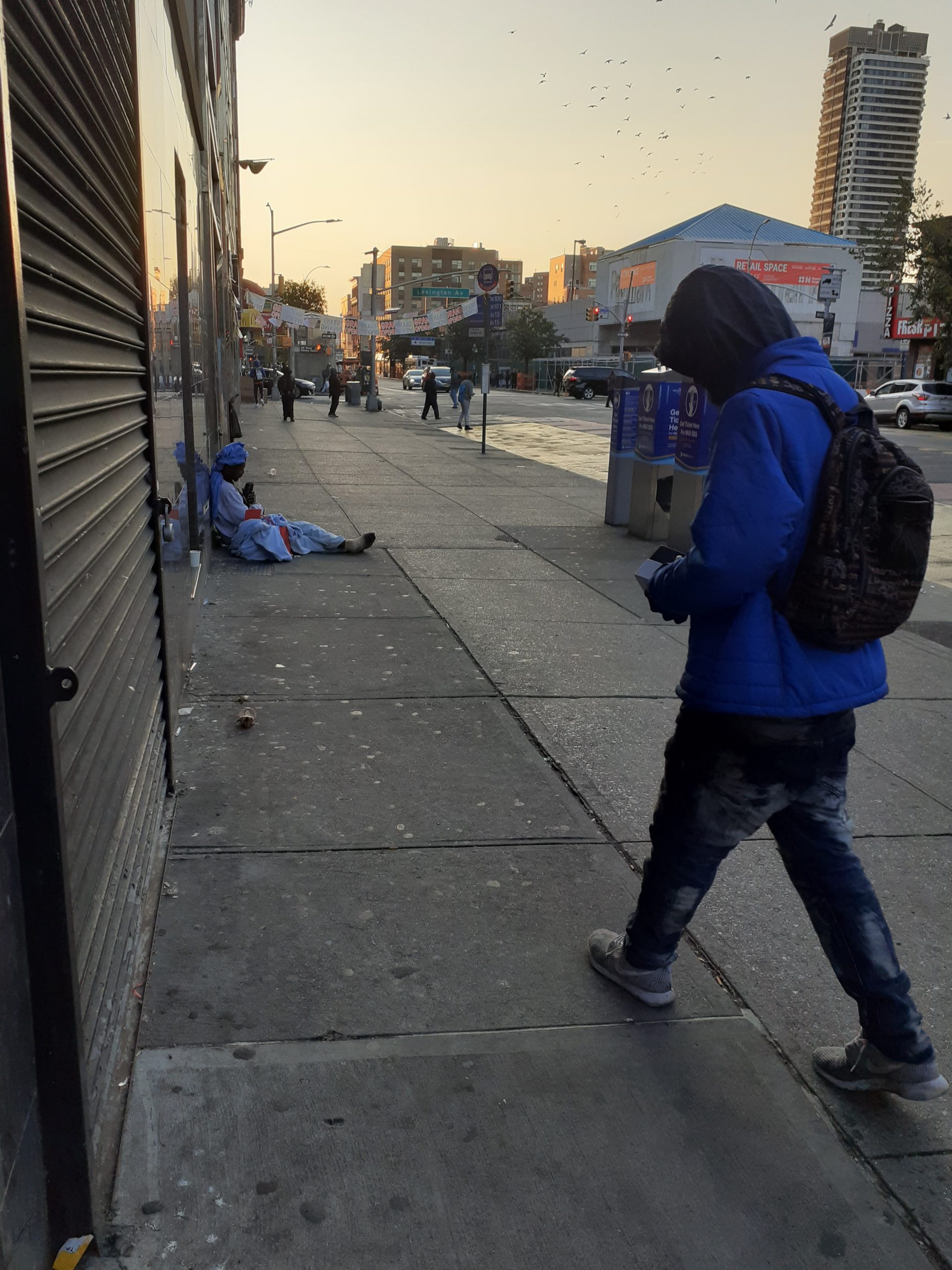 7 o’clock. “Good morning!  breakfast,” said a woman who crossed the street as she was looking for other homeless men and women to bring the message. She then walked down south east side of the street. She was followed by a dozen of homeless people who walked down the sidewalk. Before they arrived the breakfast place, one of them felt dizzy and collapsed under the effect of illegal drug. Two of his “friends” came to his rescue. They tried to help him stand on his feet. They could not as he was overdosed.

Those who got at the breakfast location had coffee, and omelete to eat and served by three young ladies who had everything in their cars. The ladies then moved from one place to another to serve other groups of homeless people in the same area as they live by group.

125th Street and Lexington avenue have been for many years one of the most popular place where homeless people “enjoy” their live.

Being homeless is not a choice. “I lost nearly a dozen family members because of illnesses in just a few years. Then, I went into a deep depression and eventually ended up in the labyrinth of the Department of Homeless Services (DHS) bureaucracy where, over a two-year period, I was repeatedly moved before calling the Holiday Inn Express at JFK my home for seven months,” Salomon penned.

There are several other reasons that lead to homelessness. “Research shows that the primary cause of homelessness, particularly among families, is lack of affordable housing. Surveys of homeless families have identified the following major immediate, triggering causes of homelessness: eviction; doubled-up or severely overcrowded housing; domestic violence; job loss; and hazardous housing conditions, according to The Coalition for the Homeless, which  is an advocacy and direct service organization helping homeless men, women and children. 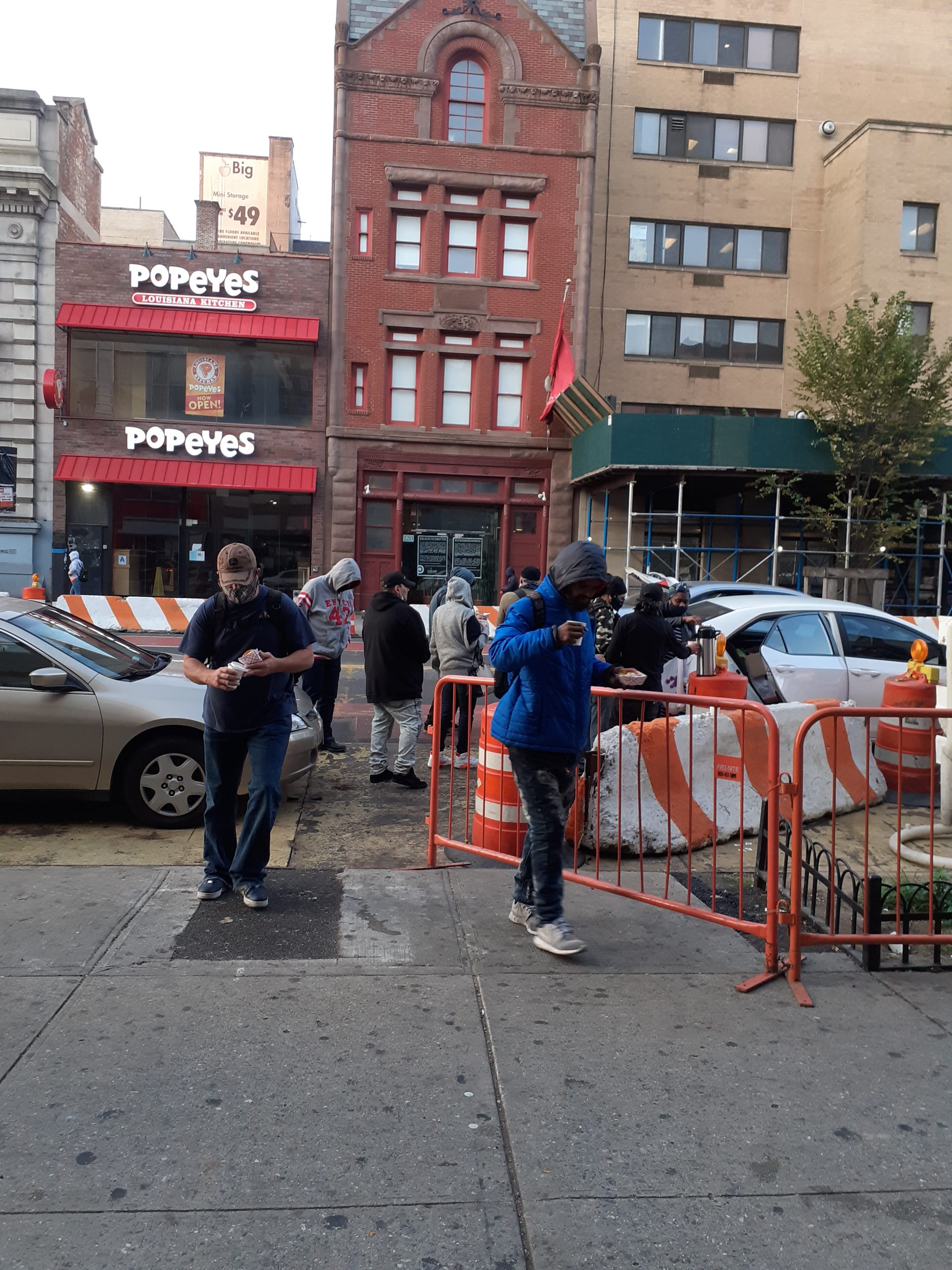 Statistics from the coalition website reveal  that “In July 2020, there were 58,089 homeless people, including 13,046 homeless families with 19,278 homeless children, sleeping each night in the New York City municipal shelter system.”

When certain homeless people have shelter, other sleep inside train stations or on the streets. “Each night thousands of unsheltered homeless people sleep on New York City streets, in the subway system, and in other public spaces,” The Coalition for the Homeless unveils in their website.