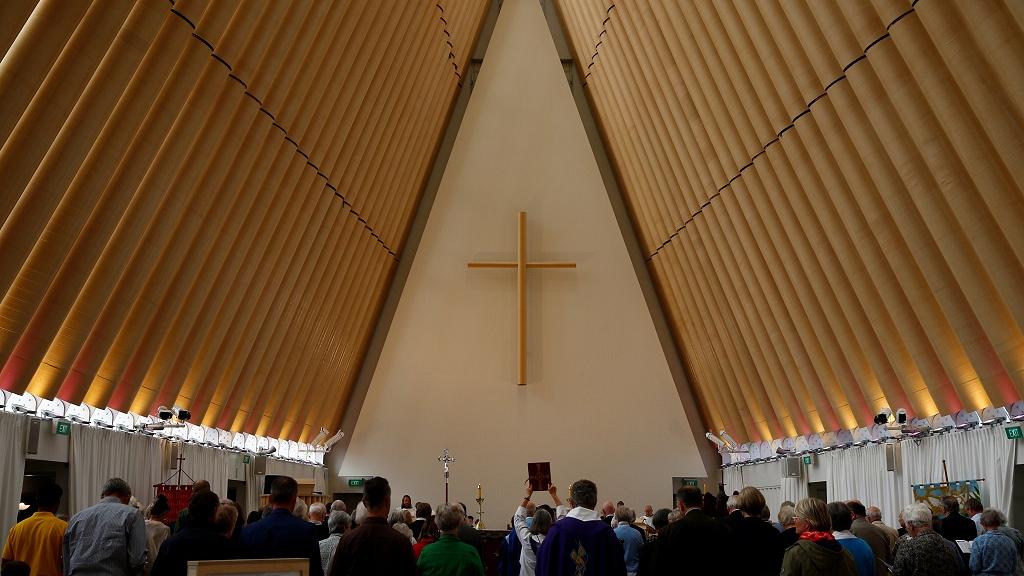 In New Zealand, a local Christian community in Christchurch offered prayers for the mosque attack victims and their families on Sunday.
Dean of Christchurch, Lawrence Kimberley asked for strength to heal the community.

“ There aren’t any words, it’s just a terrible, shocking thing. Again, within our faith, we teach that violence doesn’t get anyone anywhere, it breaks community, and that’s what Jesus came to stop. So I haven’t got anything specific at the moment, but we will be praying hard and thinking about ways that we can send that message and help people to grow and trust and love for each other”, Kimberley said.

Worshipers express shock at the incident and are confident about the country remaining an open society.
“ I feel for them. They didn’t bring it upon themselves, just one person (the shooter), presumably it’s only one person. And he’s not gonna destroy us, we’re tougher than that”, said 87-year old worshiper, Julie Andrews.
Meanwhile, preparations are underway at the Christchurch Memorial Park as officials ready themselves to return bodies of victims to their families.
As this continues, some families still await news of their friend who has been missing since Friday when a gunman opened fire on people inside the Al Noor mosque.

‘’ My friend is, last Friday he came in al Noor mosque and praying. But after this attack, the fire and everything, he is not, we didn’t get his any his information from there, he is still missing. After this happening he’s missing. So he’s still, we’re looking him, and our, some of our friends already is dead and some of our friends in hospital”, said Methon Noor, a friend of the missing worshiper.
The number of people killed in Friday’s attack has risen to 50 after police found another victim at one of the mosques.

28- year old Australian Brenton Tarrant, a suspected white supremacist, was charged with murder on Saturday.
Tarrant was remanded without a plea and is due back in court on April 5 where police said he was likely to face more charges.
Reuters