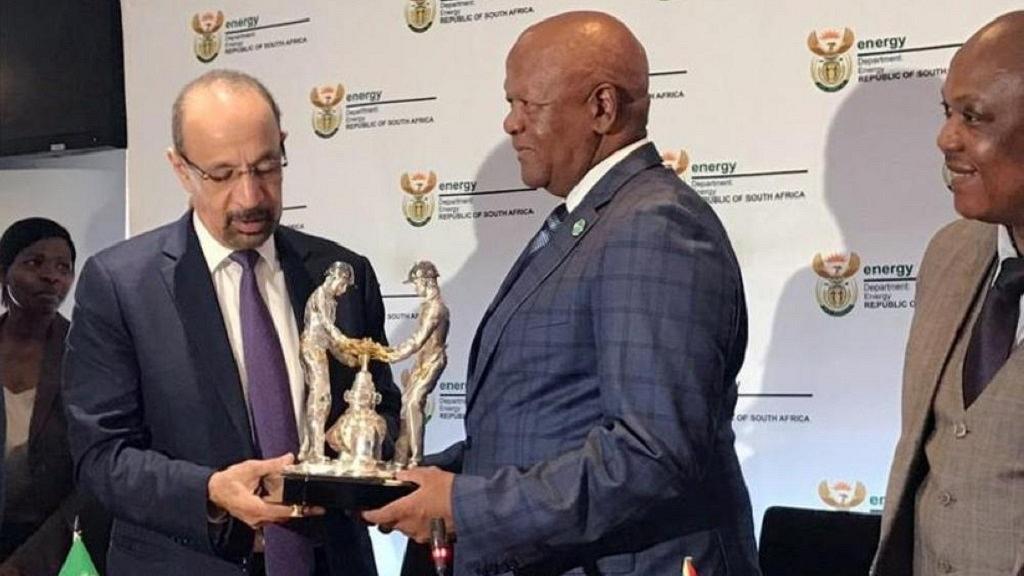 Saudi Arabia plans to build an oil refinery and a petrochemicals plant in South Africa as part of $10 billion of investments in the country, Saudi Energy Minister Khalid Al-Falih said on Friday.

Saudi oil would be used in the planned refinery whose construction would be led by state energy company Saudi Aramco, Al-Falih said in comments following a meeting with South African Energy Minister Jeff Radebe in Pretoria.

“There have been exchanges of talks by Saudi Aramco teams and they have been supported by the South African energy ministry,” Al-Falih said.

The exact location of the refinery and petrochemicals plant will be finalized in the coming weeks, Radebe said.

He also confirmed that there were discussions about the kingdom investing in South Africa’s state defense company Denel, which was exclusively reported by Reuters in November.

South African President Cyril Ramaphosa is trying to woo foreign investors to help revive a struggling economy as he prepares for a parliamentary election this year.

Saudi Prince Mohammed Bin Salman met with Ramaphosa on the sidelines of the Group of 20 summit in Argentina in November.