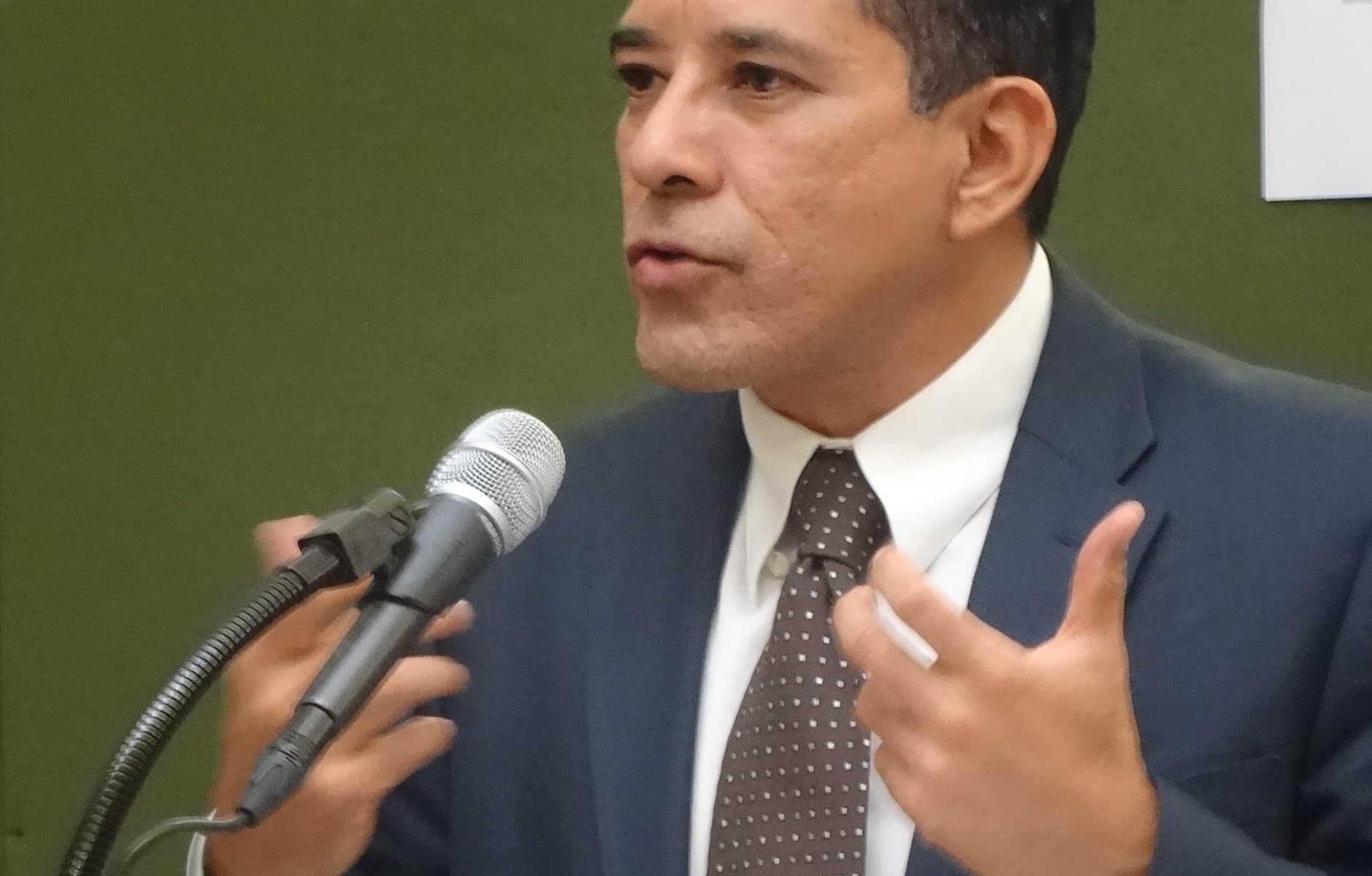 MANHATTAN – “Working people everywhere should condemn the murderous assault on the Pittsburgh synagogue by an anti-Semitic and ultra – rightist terrorist who killed 11 people and gravely injured others,” Róger Calero, the Socialist Workers Party candidate for governor of New York told a campaign meeting here Oct. 27.

“History tell us that Jew-hatred rises in times of capitalist crisis like today,” Calero said. “This scapegoating is a poison that weakens the working class. It is used to keep us from focusing clearly on the those who oppress and exploit us — the capitalists who own the corporations, banks, and factories.”

“Working people face the brunt of today’s economic, social and moral crisis of capitalism,” Calero said. “Workers are discussing and looking for ways to organize, to win better wages and working conditions. We need stronger unions and need to organize the unorganized. We need to reject the divide-and-rule tactics of the employers.”

Calero said working people need “a labor party, that gives working people a voice for our interests and can challenge the twin capitalist parties – Democrats and Republicans – and for workers and farmers to take political power. Jew-hatred is a deadly diversion from this course.”

Calero, 49, a longtime union and political activist, spoke to some 30 campaign activists in midtown.