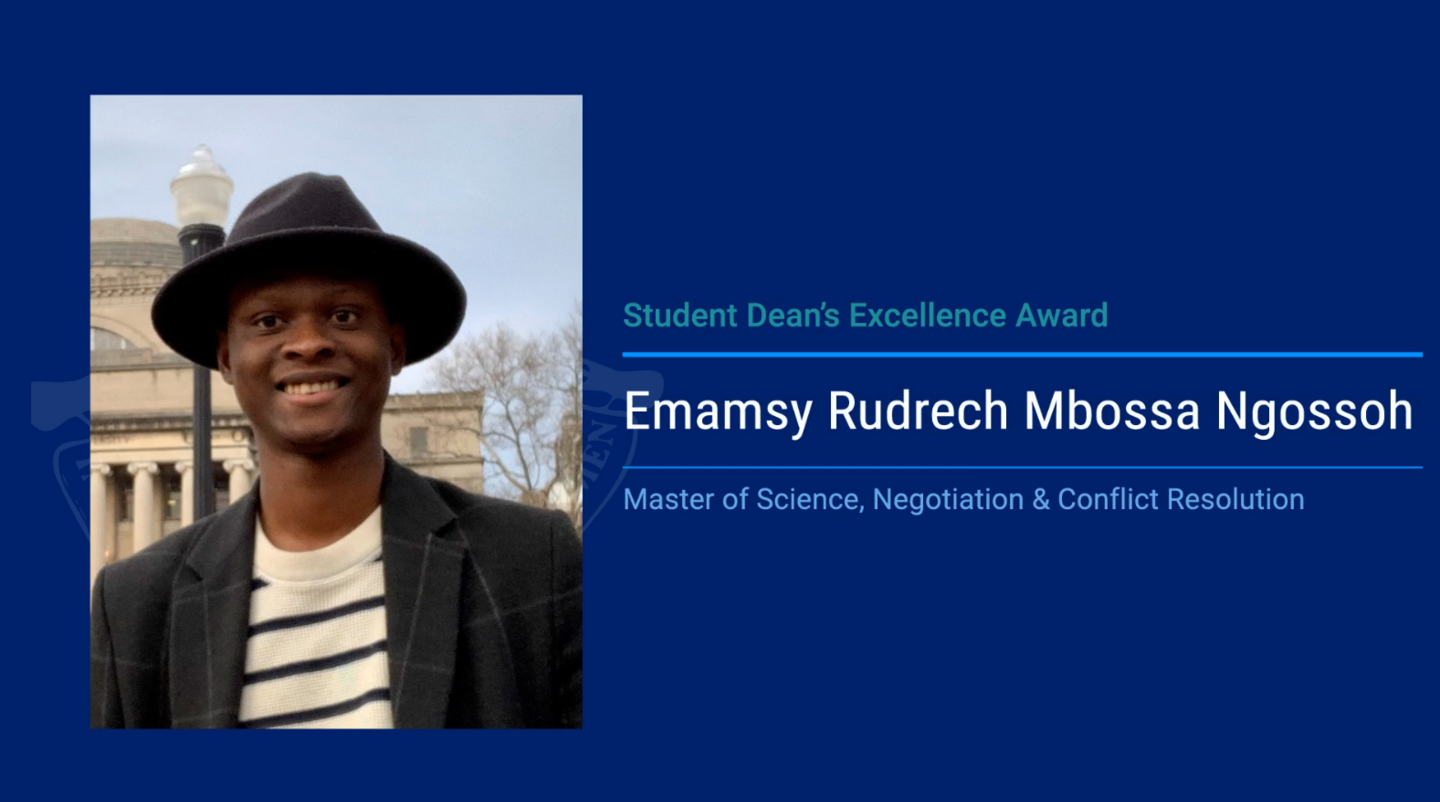 This year The African Journal joins many African students to celebrate together their success. We start with Emamsy Mbossa from Congo.

The incredible journey of Emamsy Mbossa, who’s life in New York started in 2016 as a pizza delivery guy from Papa John’s and Dominos.

Having left the Congo in 2012 for Morocco thanks to a scholarship, Emamsy Mbossa brilliantly obtained his bachelor’s in international law, before going to the United States in 2016 to pursue his dreams.

His first “tour” of Columbia was non-traditional:  In 2016, he took a job delivering pizzas for Papa John’s on the Upper West Side.  His first delivery was to a Columbia student studying at 116th and Amsterdam. it was his dream to be a Columbia student, too. Although he was nervous to apply, he eventually did—to Columbia university in the Master program in Negotiation and Conflict Resolution.  Encouraged by his mentor who once told him, “If your dreams don’t scare you, they’re not big enough.”

In New York, he had to overcome daily challenges of integration that face all immigrants from Africa that come to the US. Though, he never gave up in is dreams to get to the Ivy league institution. Upon a rigorous application process at Columbia, he was selected from thousands of other candidates to join the Master program in Negotiation and Conflict Resolution at one of the most prestigious American universities, Columbia University of New York, one of the “Ivy League”

Of course, a journey that inspires more than one!

Because in addition to his dynamism and his passion for community service, Emamsy is distinguished in the United States by his numerous actions in favor of peace, education and development of his continent Africa. Through his courage and determination, he became the spokesperson for African youth in the stands of the largest international conferences, including those of the United Nations (UN). It was only natural that his hard work would pay off and allow him to climb the university’s honor roll. Indeed during the graduation ceremony, he was awarded by the Dean of his faculty the “Student Dean’s Excellence Awards“ which is none other than the Greatest Honorary Prize granted by Columbia University for his excellent academic career in the program, his professional promise and stewardship of mission of Columbia University through its humanitarian activities.

Emamsy Mbossa’s road to receiving this award was paved by resilience and the courage to “dream big.” Originally from the Republic of Congo, Ngossoh survived the 1997 civil war in his home country but still continue to work for community inclusion and Peace.

As University’s Dean Jason Ringard commented on Emamsy’s journey, “As if your dreams don’t scare you, then they’re not big enough.” And to receive such distinction at such a level Emamsy had the courage to “dream big” and had to show resilience and hard work to deserve this place in the big leagues of Columbia University. Today, Emamsy Mbossa has made the Congo and his family even more proud. Another proof that everything is possible for those who believe in their dreams and give themselves the means to achieve them. A perfect example to follow for the Congolese youth in particular and that of Africa in general.