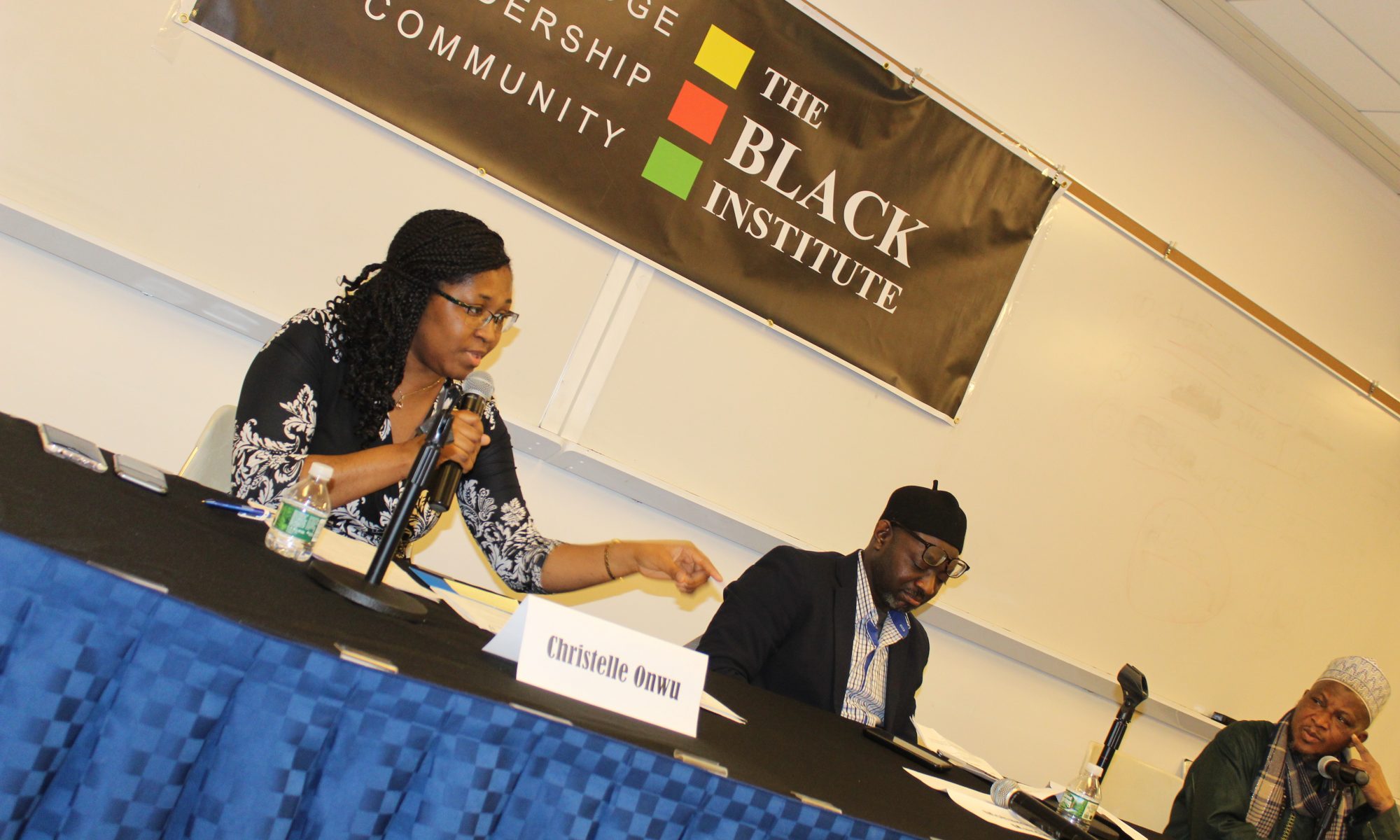 Addressing immigration issue in the United States of America is like a hot potato and talking about this hot topic in New York is indispensable.

According to American immigration consul, “Immigrants in New York, now account for one-fifth of the state’s total population and make up a staggering 25 percent of its labor force.” And they are “an integral part of New York’s diverse and thriving communities and they make extensive contributions that benefit all.”

And the Black Institute has right as it organized in March 26, 2019 an immigration forum at Hostos Community College to discuss immigration policies. Three African leaders were invited as panelists to address in a panoramic view immigration’s issue no matter what country or continent immigrants come from. 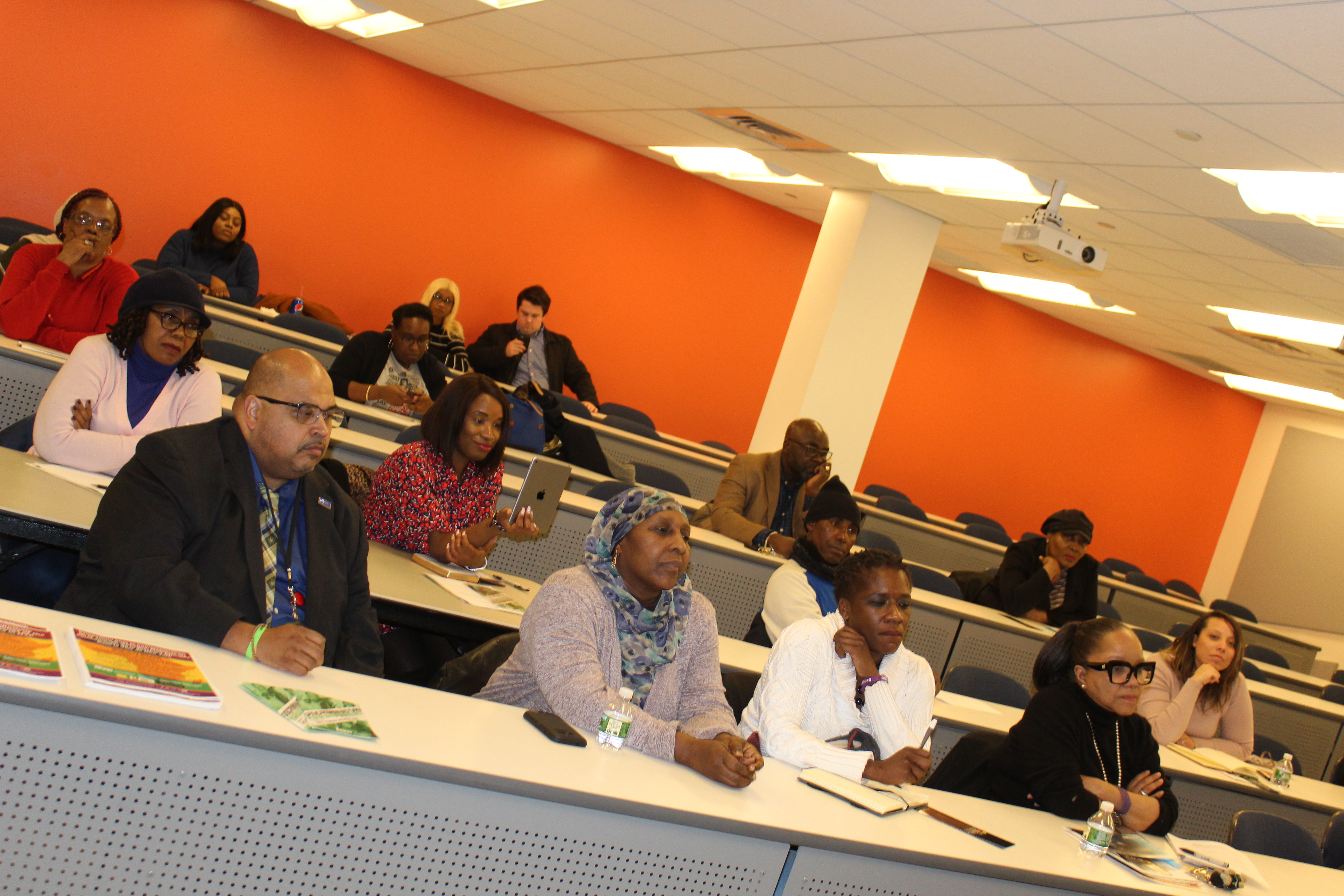 Imam Konate a religious leader, Mohammed Mardah chairman of African Advisory Council, Christelle Onwu, scholar and New York City Commission of Human Rights, were indeed, the panelists to discuss with several immigrants their life experiences as immigrants themselves and give to them some advices.

“It is a mandatory to integrate into the system,” said Imam Konate who thinks that a majority of African immigrants made a big mistake as they arrive in America with a big   dream stick in their mind to collect a lot of money and then go back home. He himself had a big dream: study and go back to Africa. But he has realized later that his dream is not going to come true at least not for soon.

There are multitude of African immigrants who think the same way. “When you come here, you have a family, you have kids who are going to school, and you keep saying you are going back home, stop,” Imam Konate said. 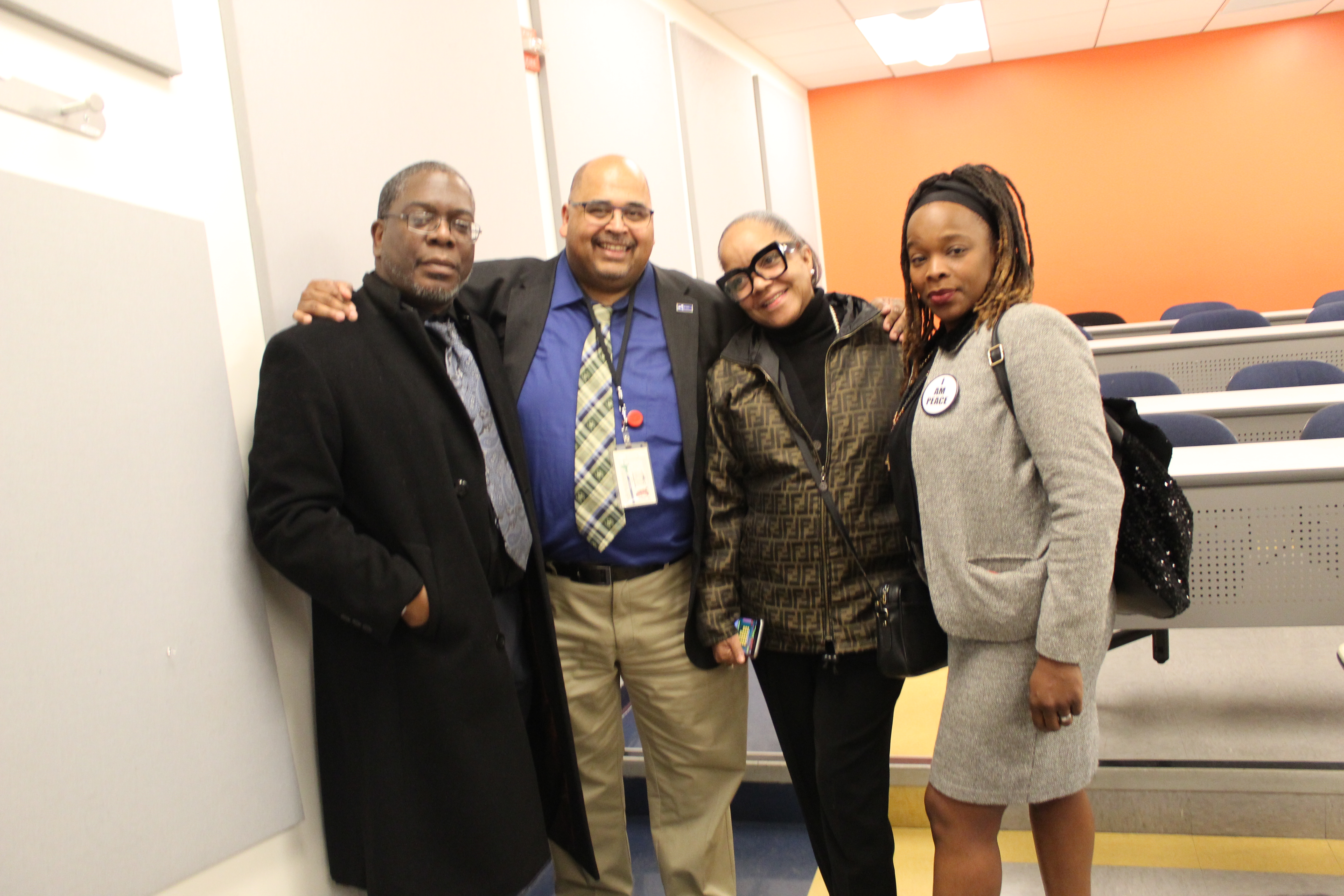 Imam Konate who is originally from Ivory Coast, was introduced by Mohamed Mardah who at the beginning said that September 2001 “affected us.” September 2001 is when a group of terrorists attacked the United States of America as the Twin Towers in New York fell apart. He said that under Obama administration the deportation of immigrants was too high than his predecessors’. Immigrants are now dealing with Immigration and Customs Enforcement (ICE) who sometimes go door to door to arrest immigrants.

Mr. Mardah who is from Ghana, said he belongs to the old generation of immigrants who he added, “were afraid of taking risk.” He thinks the young generation of immigrants has broken those barriers and seized the opportunity. “Take advantage what the country offers,” said Mardah who backed up Imam Konate saying that the dream of “going back home,” is a trick for many African immigrants. He said he came to America with a dream of buying a car and going back to Africa. He did not buy the car and he has been in the U.S for 35 years.

He also talked about the fate of Temporary Protected Status (TPS), a program that allowed up to 50,000 Haitians to live and work temporary in the U.S after war and natural disasters struck their country.

Christelle Onwu who also teaches gender at John Jay college said her story is a little bit different than other panelists.  She attended English school in Cameroun her native country and then moved to the U.S 13 years ago. She went to a law school and then changed a major as she realized she has a passion to help others.  So, she went to social work school and graduated. She has been involved in the African communities. She said that “African communities have the power and they need to find a way to use that power.” She also said it is important to work with other groups and find the way to come together. As a human rights advocate, she gave more information about getting free help on immigration issues. 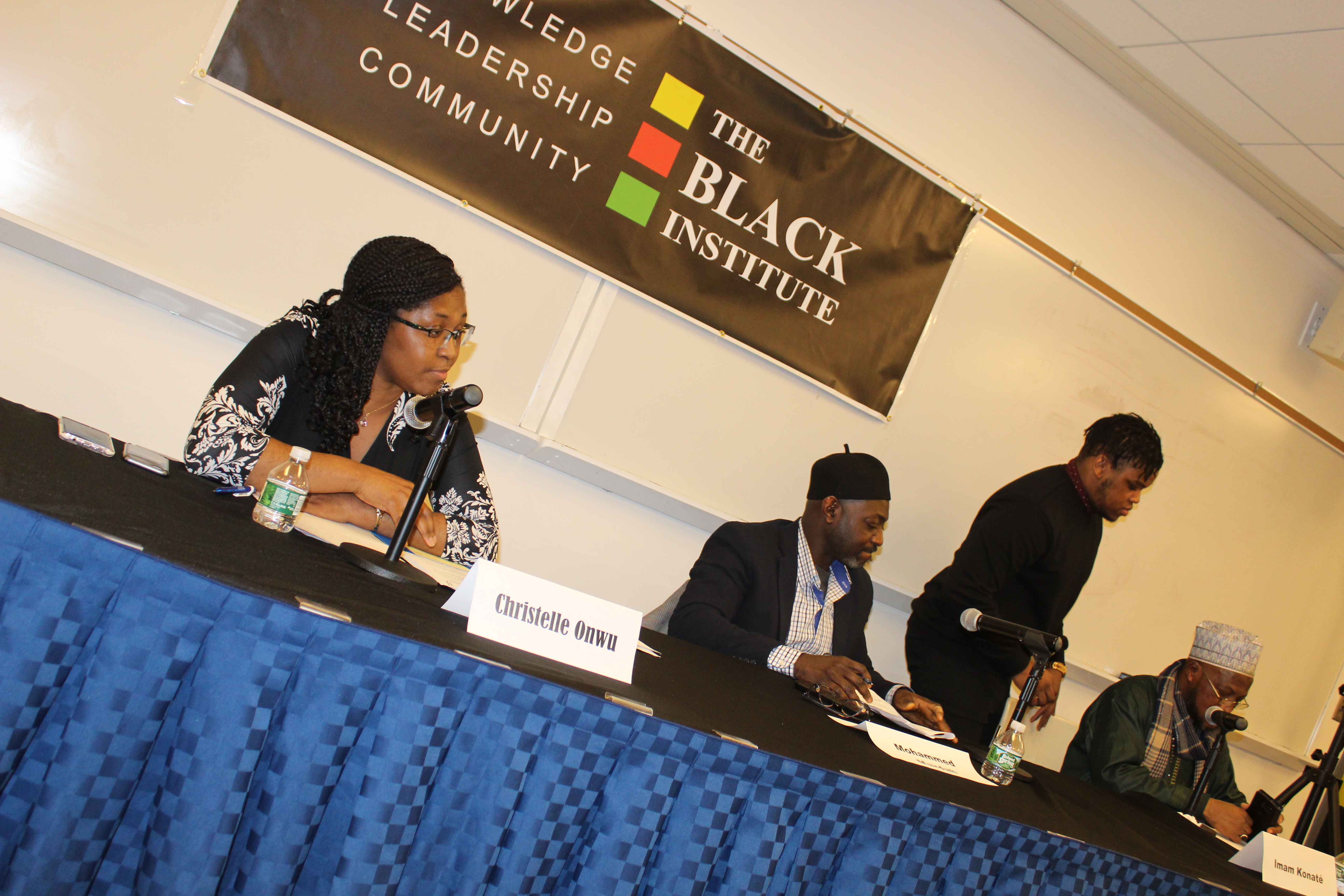 Many other people intervened either to ask questions or to opine such as Ambroise Ngande who said the main issue of many immigrants who arrive in America, is the lack of the right information and also the barrier of language.

The forum was largely appreciated. When we asked Mr. Mardah if African Advisory Council will organize such a forum, he said people do so in mosques and churches and organizing such an event in a neutral space is a good idea.

The forum was initiated by the Black Institute that “works to change the face of immigration reform in this country and frames the immigration debate by focusing on Black and of color immigrants by bridging the gap between these communities.”