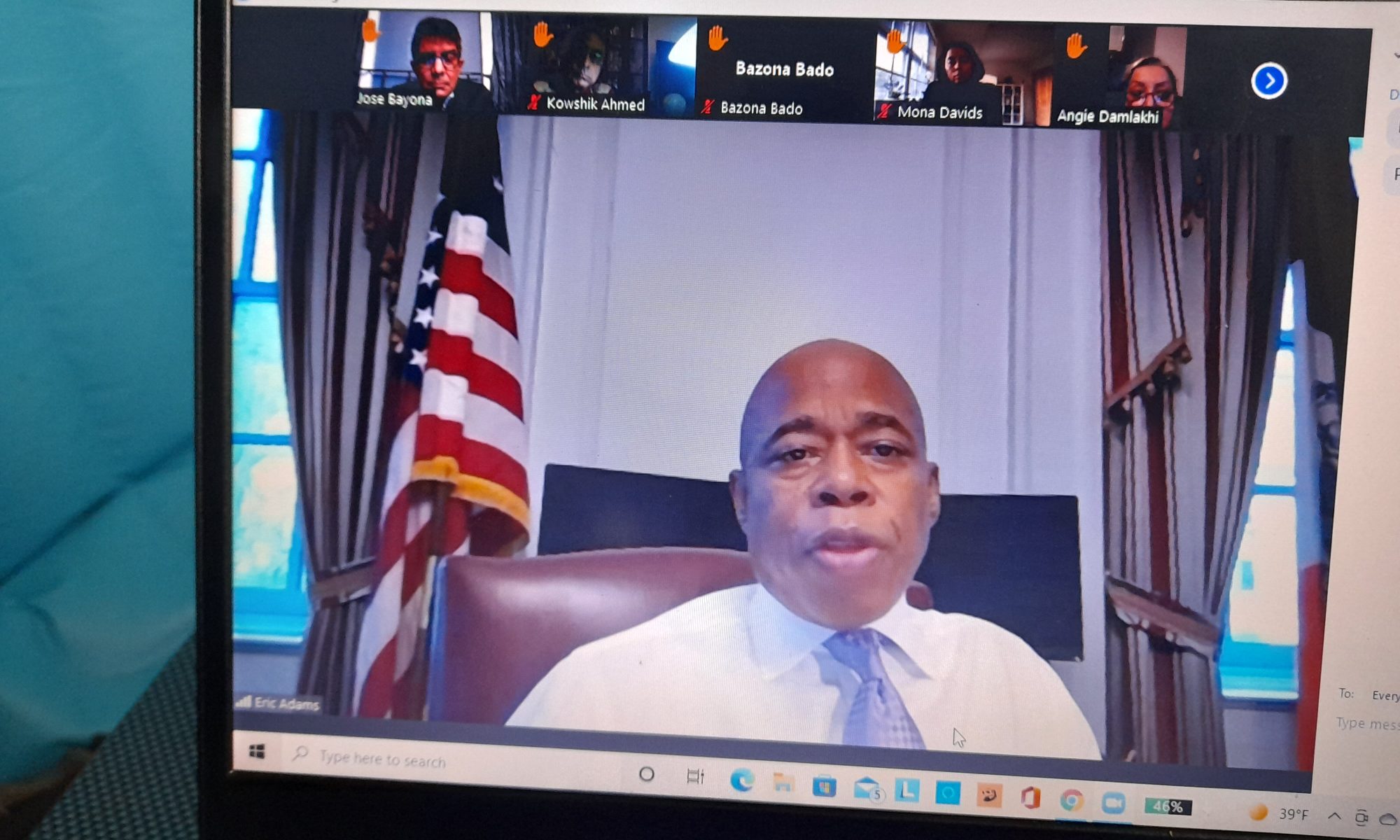 The New York Mayor Eric Adams has hold on January 14, 2022 an ethnic media roundtable to discuss the fire tragedy   that killed 17 people all originally come  from Gambia, West Africa. The mayor along with his team  has discussed the matter with journalists from different media. The African Journal was invited.

17 people have  died in the blaze that broke up on January 9, 2022 in the Twin Park North West building, in the Bronx. Among the victims were 8 children.

“ How to prevent this to not happen again is our goal.” The mayor said.

After visiting a mosque in the Bronx, he has praised some  grass root organizations as he said they “did an  amazing job.” He has revealed  that  $ 2, 000 000 was raised when The African Journal asked the mayor to give a number regarding the money that was raised so far.

According to the mayor, each household member has received for now $2,250 and that money come from the mayor’s fund, which can also help to cover the burial cost.  He added  that more they will raise  money, more they will give.

He said the city will work closely with community-based  organizations  and will make sure that money that was raised goes to the  victim families.

Several people were evacuated to a hotel where they can stay until the end of the month of January.   Many of them  have  expressed their concern  to return to  Twin Park North West building where the fire broke up. For the mayor, there are three options for  those who do not want to return: The building owner said he has other apartments available for them, the city has also some resources, and there are some local organizations that can also help.

The mayor has also said that his team has been working  with immigration officials and consulates to make sure that family members in Africa can get humanitarian visa to come to the United State of America for the funeral of their loved ones.

“This is the city of immigrants, we will make sure  you get what you deserve,” Eric Adams concluded.