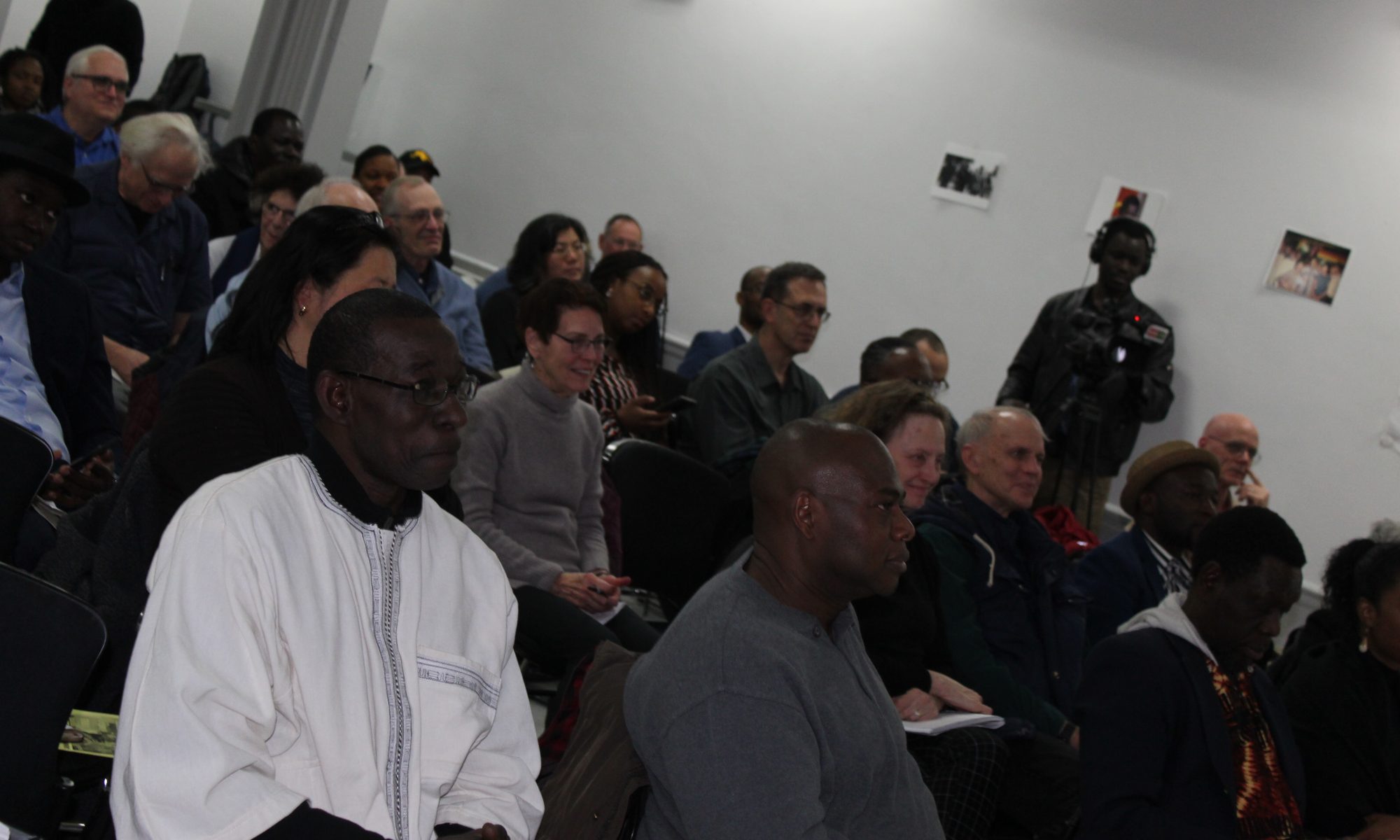 The International Committee of Sankara annual Conference was held in December 8, 2019 in Harlem in New York as participants came  from many States of the United States of America as well as Canada. They came  not only to listen to what five panelists who discussed  the  topic about “Thomas Sankara’s legacy today,” but also to  opine on the matter. Paul Sankara the brother of Thomas Sankara was there too.

Basninwende Isonore Dianda, teacher one of the panelists said that education in Burkina Faso before Sankara was functionalist as it was intended to serve the colonizer. Having a chance to attend school  according to Dianda was a privilege. In fact,  school was for the elite or for those who were living in cities. Kids in rural zones were ignored. According to Dianda the system continued after Burkina Faso proclaimed its independence,  and the pattern was still visible  under the neo – colonialism. He added that the discriminatory in  education system  in Burkina Faso ended up  when Sankara took power.

“A new role will be assigned by Sankara,” he said. “Sankara tackled indeed, the disparity, gave the chance to young girls to attend school,  made education less theoretical and  more practical, the curriculum changed.” For  Dianda, all these changes  disappeared when the rectifiers took power. 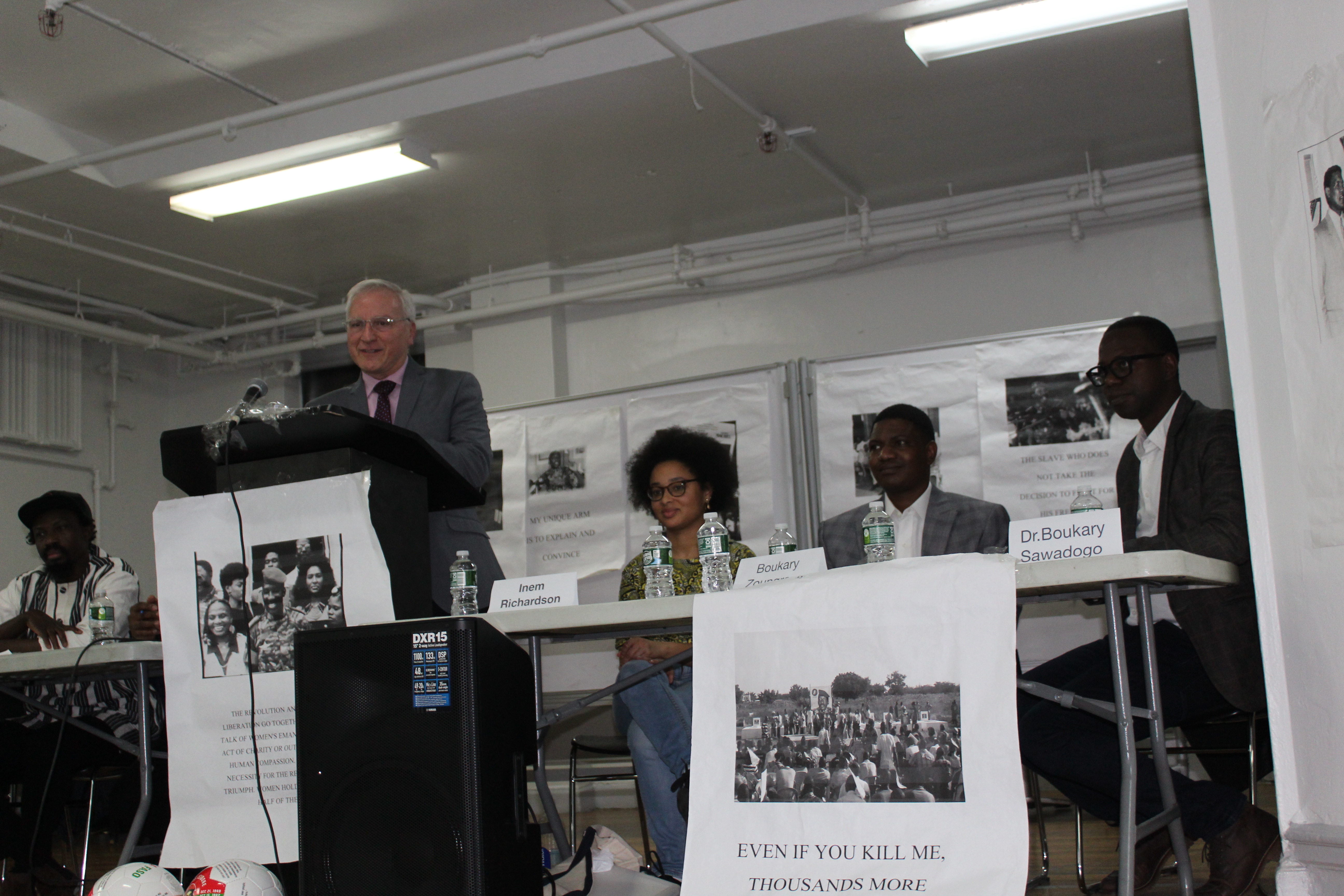 Inem Richardson is a young lady from Nigeria . She has been traveled around the world. As a panelist she said she knows Sankara thanks to books. She recalled how Sankara struggled with women, and  how he  championed for the emancipation of women. In return, she said “women built the revolution, they changed the course of the revolution.” She added  the combat of Sankara is still alive today as she  mentioned  the rise of grassroots movements that  fight against the F CFA, and  France military bases in Africa…

“Sankara everywhere, Sankara nowhere,” was the sub topic that was discussed by Issa Zoungrana project coordinator at “Stand for Life and Liberty.” He said  Sankara is an icon and  many people are talking about him such as political parties, artists, and many books talking about  Sankara  have been printed. However, he said,  it is tough to brace  his ideology.   “You cannot see him,” he said. As an example, he said corruption, and  bourgeoisie are still alive. “ Sankara had a vision, which was the well- being of the poor,” Zoungrana concluded.

Dr. Boukary Sawadogo professor at City University of New York, took a look at Sankara’s speech in Harlem in 1984. “How to conceptualize the speech of Sankara in Harlem?” Boukary asked himself. To answer that question, he embraced  both pedagogic and historical tone as he   invited the audience to look back ( the prospective ) and look forward. As he looked back, he talked about the first African students  to come to America, the African  independence movements and the rise of civil rights movement in the United States of America in the 1950s. According to Dr. Sawadogo, there was a kind of similarity between the two movements. However, he said  the different movements we have nowadays  in the USA and in Africa have nothing in common. As he questioned  the relationship that exists between African –  Americans and Africans, he called for unity. “ We have to stick together,” he said.   Sankara’s legacy today may evolve  that unity. 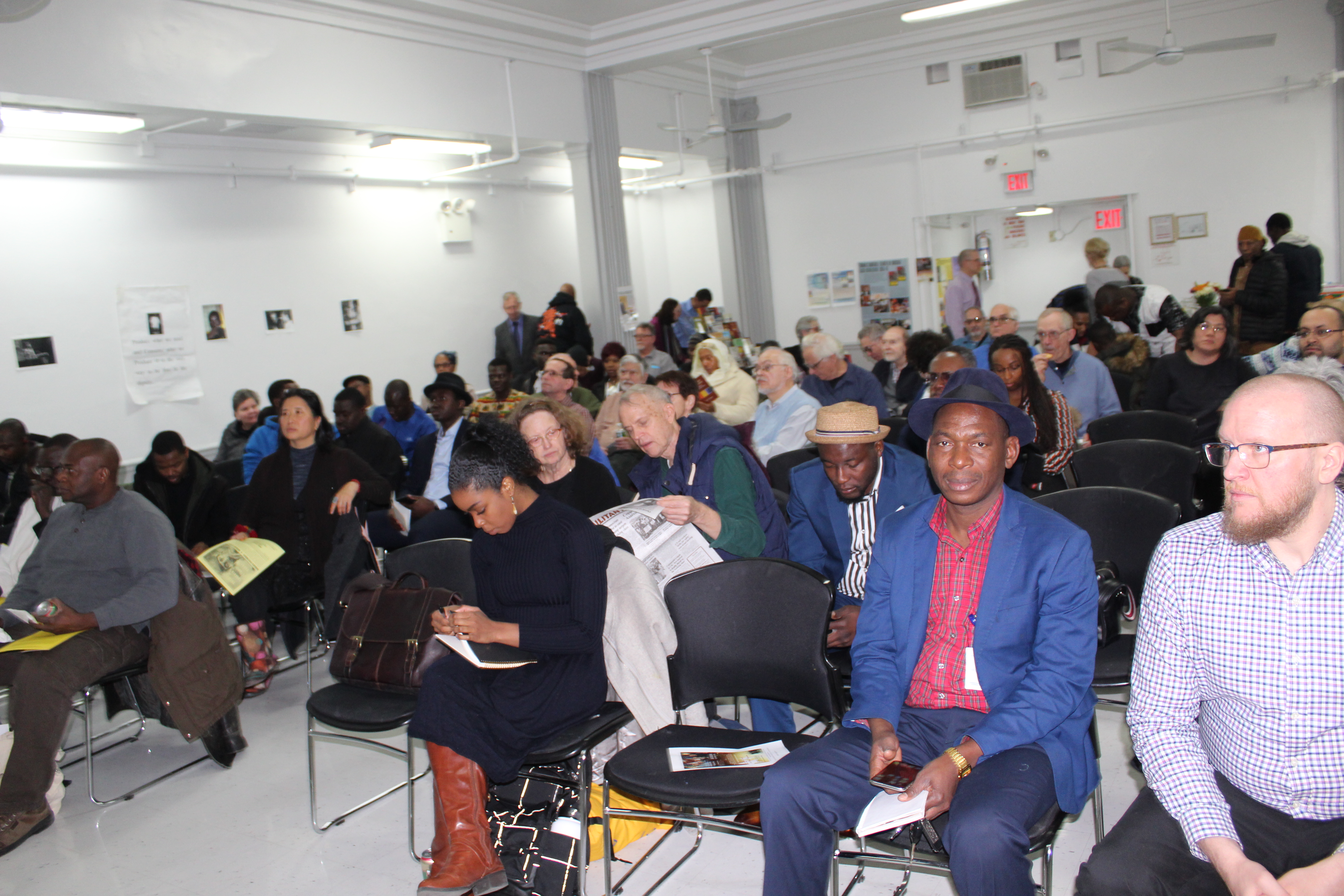 For Peter Thierjung, socialist workers party,  “there is a deep crisis “  in Africa and specifically in Burkina Faso as terrorists have been terrorized harmless people.  “ This is a reactionary  political agenda against people of Burkina Faso,” he said. He recalled how  under Sankara  there was food sufficiency in Burkina Faso,  how Burkinabe  built themselves railroad and how millions of people in Burkina Faso were vaccinated. “ We need to find the road back to Sankara,” he said.    Peter took the opportunity to talk about the struggle of working-class people as he focused  his discussion on taxi drivers in New York city. He pointed out how  Uber drivers and yellow cab drivers are fighting against each other when they need to come together.

Paul Sankara the brother of Thomas Sankara  is still wondering why after the assassination of Thomas Sankara they said,  “ he died for natural cause.” He also mentioned the fact that they could not  find his DNA after a set of tests have turned inconclusive.  He hopes they will find it.  “We need to use our differences to make a huge contribution,” he said as he addressed to the audience.

Many other people intervened either to contribute or to ask questions. “ The exchanges and ideas were very important to me,” Peter said.