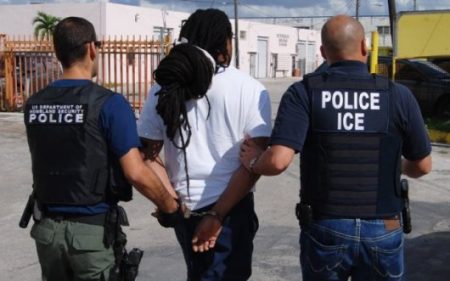 The Trump administration is considering a new immigration measure to impose visa restrictions on countries whose citizens have a track record of overstaying beyond the validity of their short-term US visas, the Wall Street Journal (WSJ) reports.

As part of the proposed measure being discussed by senior White House officials, visas could become harder to get for applicants from countries with high rates of overstaying visas and, when issued, the visa validity periods could also become shorter. In the long-term, such countries could also face outright bans. WSJ also reports that the White House is looking to tighten rules around student and investor visas.

As it turns out, several African countries whose nationals have high rates of overstaying their visas, including Nigeria, Chad, Eritrea, Liberia and Sierra Leone, could be on the receiving end if the measure, which will likely be legally challenged, is seen through. Nigeria, Africa’s most populous country, particularly receives a vast majority of non-immigrant B1/B2 visas issued to Africans. The country accounted for over 25% of visas issued to Africans in 2018 alone.

It’s not the first time African countries have been caught in the cross-hairs of president Donald Trump’s continued clampdown on immigration. Three African countries—Sudan, Libya and Somalia—were directly implicated in Trump’s infamous “Muslim ban,” issued by an executive order within weeks of his inauguration. Another less discussed part of the executive order on immigration also pushed for the US State department to become stricter on reciprocity for visa fees, processing and validity period.

Under the Trump administration, Sierra Leone, Guinea, Eritrea and most recently Ghana have also been issued visa restrictions (ranging from tourist, business, exchange and student visas for government officials and their families) for failing to or delaying accepting their nationals ordered removed from the United States.

Data also shows that while removals of undocumented migrants fell in 2017 under the Trump administration, the removal of people from African countries and Haiti rose. For the top 10 African countries on US Immigration’s list, removals jumped by 140% to 1815 people removed in 2017, from 756 in 2016.

In a rare bright spot, last month, Trump extended the deadline of the Deferred Enforced Departure program for 4,000 Liberians living in the US by a year until Mar. 30, 2020.