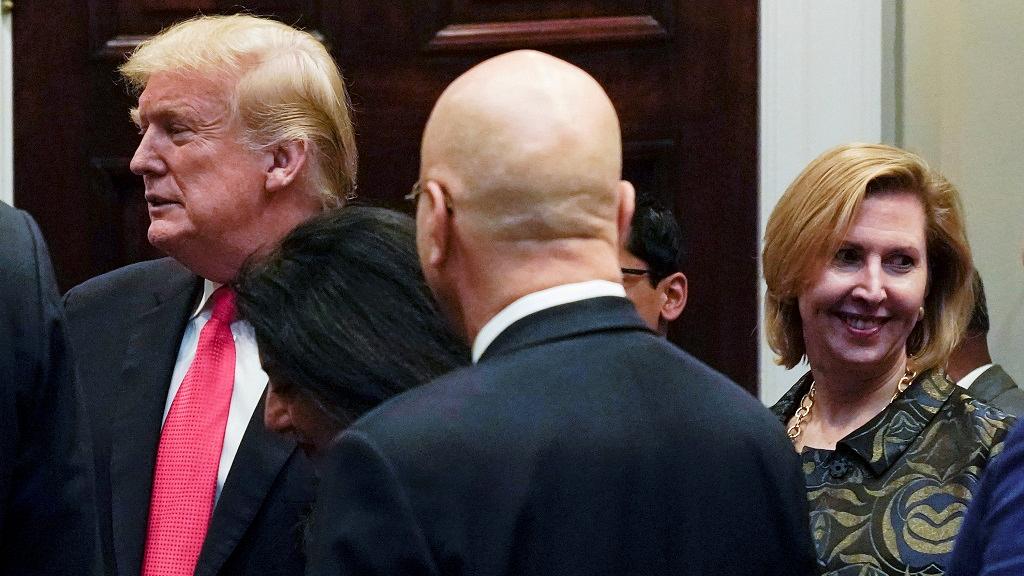 Four African nations are target  of a new travel ban by United States president Donald Trump, multiple news sources have reported. An official announcement is expected by next week.

Incidentally, only one of the quartets is a Muslim-majority nation i.e. Sudan. The others are Eritrea, Nigeria and Tanzania.

During an engagement on the sidelines of the ongoing 2020 World Economic Forum in Davos, Switzerland, Trump, told the Wall Street Journal that plans were afoot to upgrade the controversial list. He however remained mute on the affected countries.

The measure will largely be affected specific types of visas as and when the list is finalized, sources close to the issue added. Analysts have averred that business or visitor visas could likely be impacted.

Barely a year after coming into office, Trump issued his first controversial travel ban which barred people from Muslim-majority countries from entering the United States. Libya and Somalia were African reps along with Iran, Syria and Yemen.

A court challenge of the measure was upheld by the Supreme Court in June 2018. The court ruled that it was within Trump’s executive powers to issue such an order. The fightback against it however continues by some politicians and activists.

The United States’ recently published blacklist of religious freedom violations report kept Eritrea listed whiles it removed Sudan. Nigeria along with Comoros were classed on a watchlist by the State Department. Nigeria hit back at the U.S. for self-appointing itself police of the world.

“In international relations, you respect the internal affairs of other countries. The U.S. itself has enough to chew solving its own problems not to talk of poke-nosing into that of another country.”

“No man, no country, nobody has appointed them the policeman of the world, let them face their own issues”, Mr. Adesina, a media aide to President Buhari said in December 2019.

In April 2019, the United States is threatened stricter travel restrictions for countries whose nationals frequently overstay their visas, an official of the Department of Homeland Security said at the time.

While president Donald Trump has been relentless in his efforts to halt the flow of immigrants at the country’s southern border with Mexico, his presidency has devoted little attention to the hundreds of thousands of migrants who overstay a visa each year.

Trump ran his 2016 campaign promising to crack down on illegal immigration and spent much of his first term fighting lawsuits trying to halt his push to build a wall along the southern border, prohibit the entry of citizens from several majority-Muslim countries and crack down on migrants seeking asylum in the U.S., amid other measures.

Several of the people said they expected the upcoming announcement to be timed to coincide with the third anniversary of Trump’s first, explosive travel ban, which was announced without warning on Jan. 27, 2017 — days after Trump took office.

That order sparked an uproar, with massive protests across the nation and chaos at airports where passengers were detained.

The current ban suspends immigrant and non-immigrant visas to applicants from the affected countries, but it allows exceptions, including for students and those who have established “significant contacts” in the U.S.